I have an object which is following a path using (Add object constraint). My main animation is fine, but when I want to duplicate the same object with the path animation the object is going astray. The main object animation in the middle which has the cursor to the selected position is fine, but everything else goes odd when I move them around the scene. 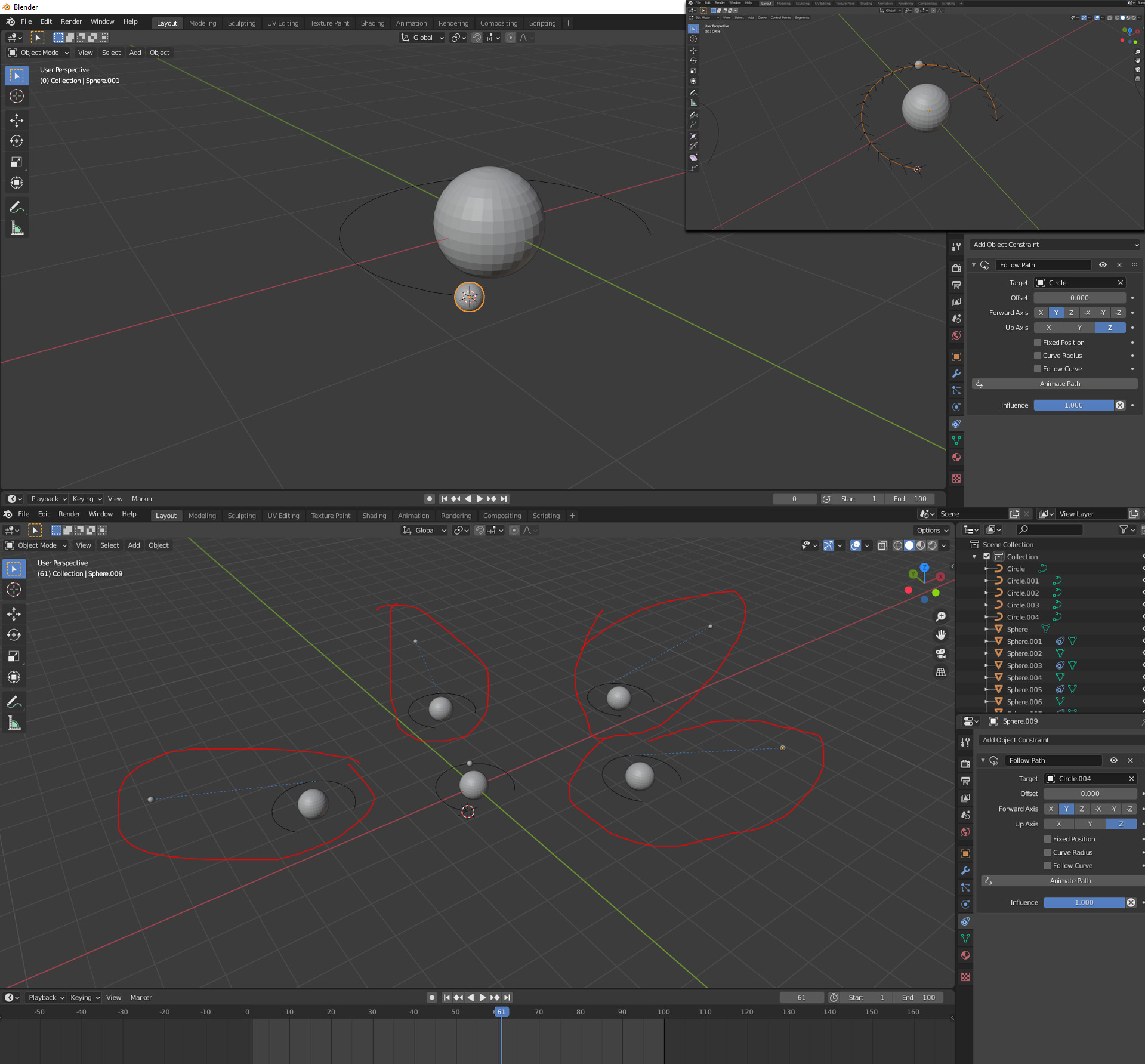 To fix that, you can either: