Need Technique for Projecting Countries onto the Earth

I've got a project I'm on where I must project some shapefile generated country surfaces onto a globe. Here's where I am currently... 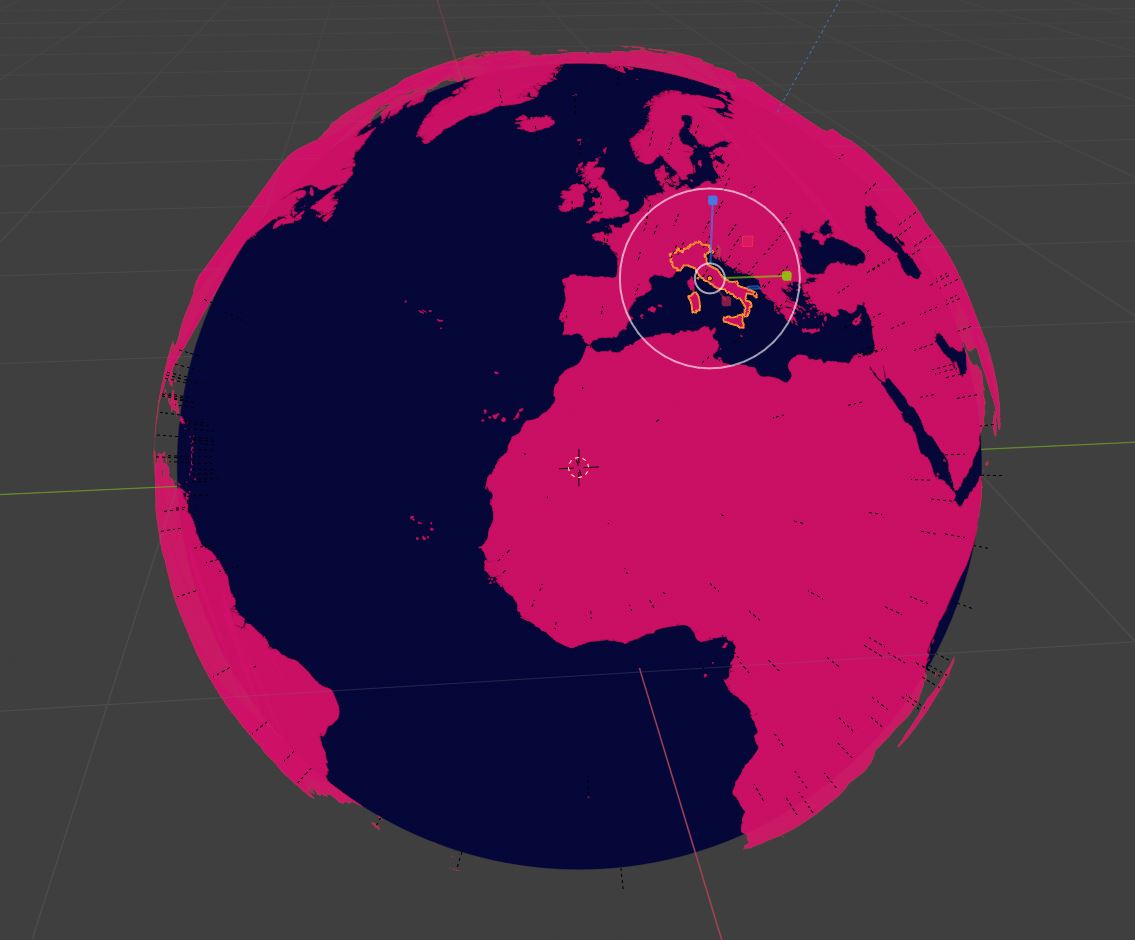 Now, the shapefiles I used have excellent vertex resolution about the edges of the countries, but has only 5-10 vertices within the boundaries of any country. This is because the shapefiles were not meant to be curved at all, they're meant to stay flat (or were designed for that purpose, at least). That's why off to the left we can see the gray background between pink and blue -- the Americas are floating. 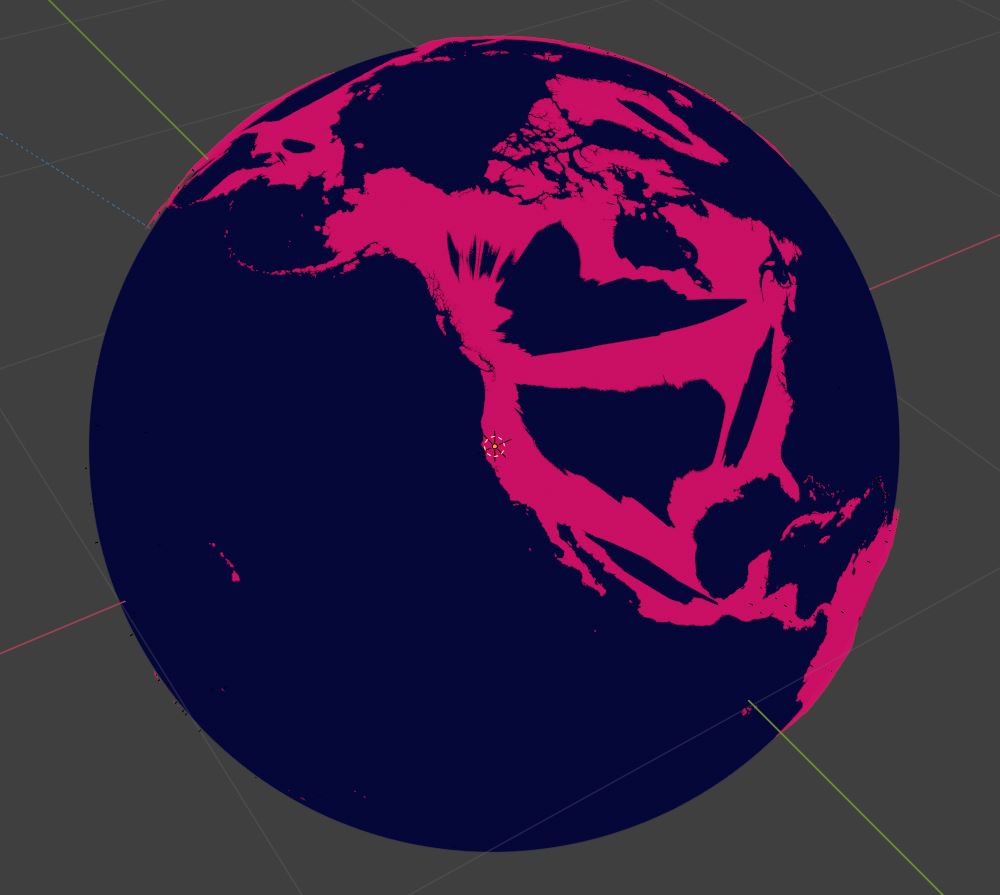 My plan for country projection was to shrinkwrap the countries to the globe, but that results in the same clipping as above due to the low interior vertex count.

I tried increasing the count using subsurface-division, and that crashes blender. I believe the issue is the HIGH vertex count at the edges -- Russia has 24,000 vertices. So when I subsurf Russia, it just stalls and crashes after half an hour of crunching on it.

To decrease the vertex count, I tried decimate. However, it spawned two problems:

All I need is to project these countries onto the globe. I don't know where to go from here. Maybe increasing the vertex count a very slight amount for each country with some other modifier or program... or by hand. Then shrinkwrapping.

I feel like there must be some to that just does projection on a surface based on tris instead of verts.

Anyways, any ideas for different approaches or improvements on this approach are very welcome. :)

In there we have the countries all parented to an empty called "Core". I've been scaling the core up and down to get the countries where they are now.

EDIT 2 -- I didn't consider there actually is another constraint. The country vertices need to be mapped to the nearest point on the globe. 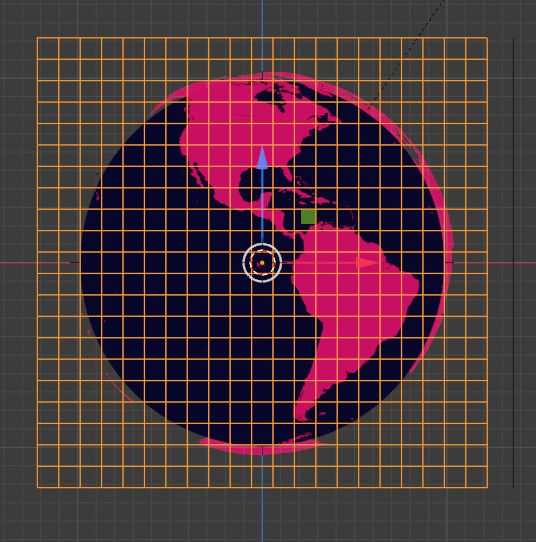 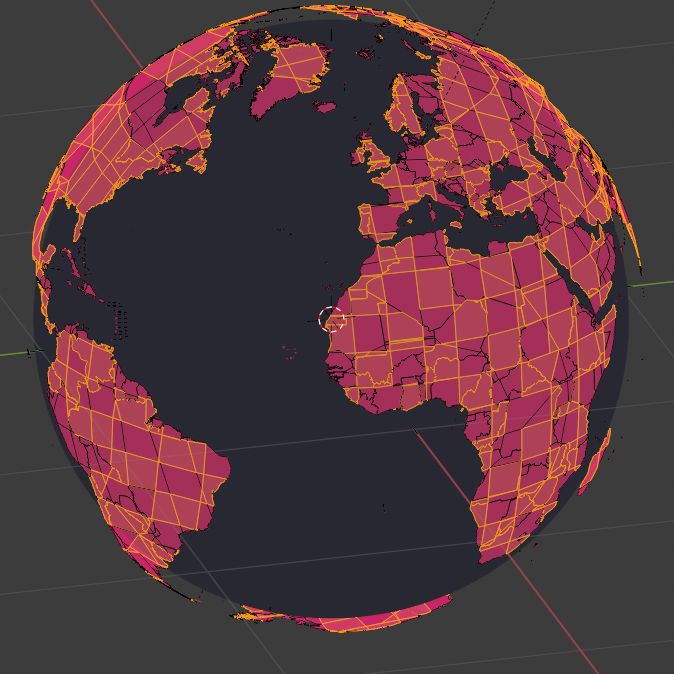 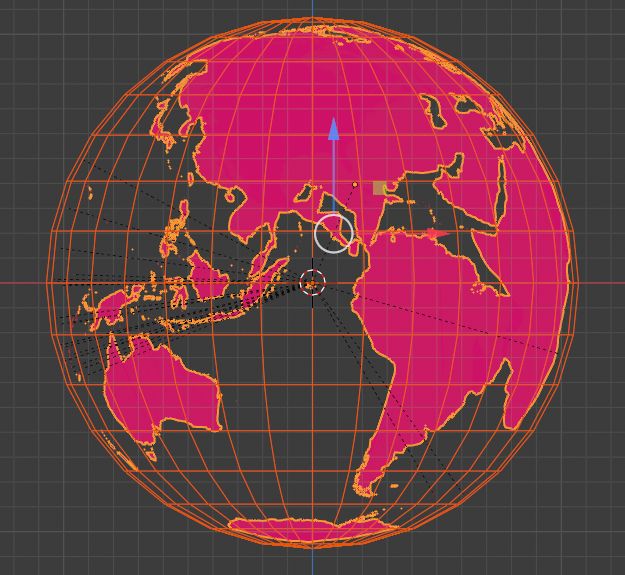 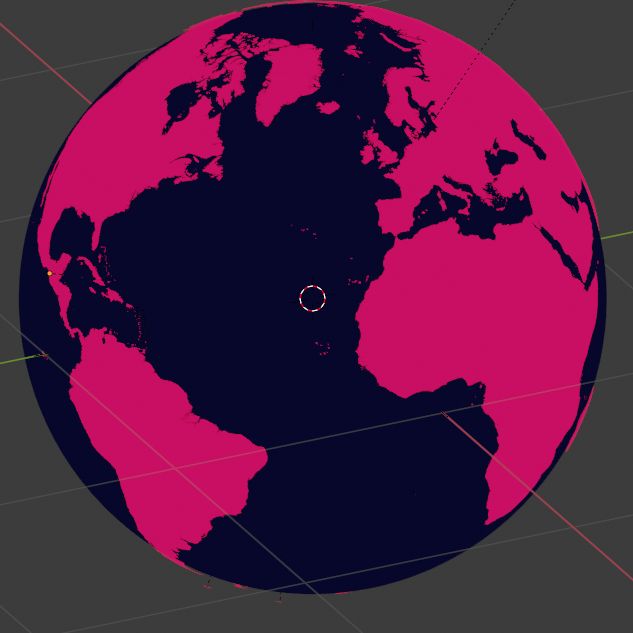 You can give it a bit of thickness with the Solidify modifier.

Blender 2.91 introduces a new Exact solver for the Boolean modifier, which allows this to be done entirely with modifiers.

Add a solidify modifier, followed by a boolean modifier to the country.

Set the solidify modifier so that it fully intersects above and below the Earth's surface (see my settings below).

Set the boolean modifier to intersect, exact mode, and with self turned on, and set the modifier target to Earth. 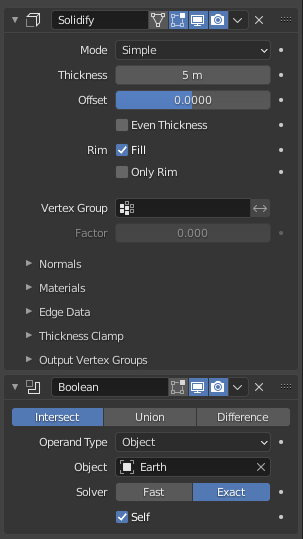 Here I've done this with China and Russia, which have the most distortion. 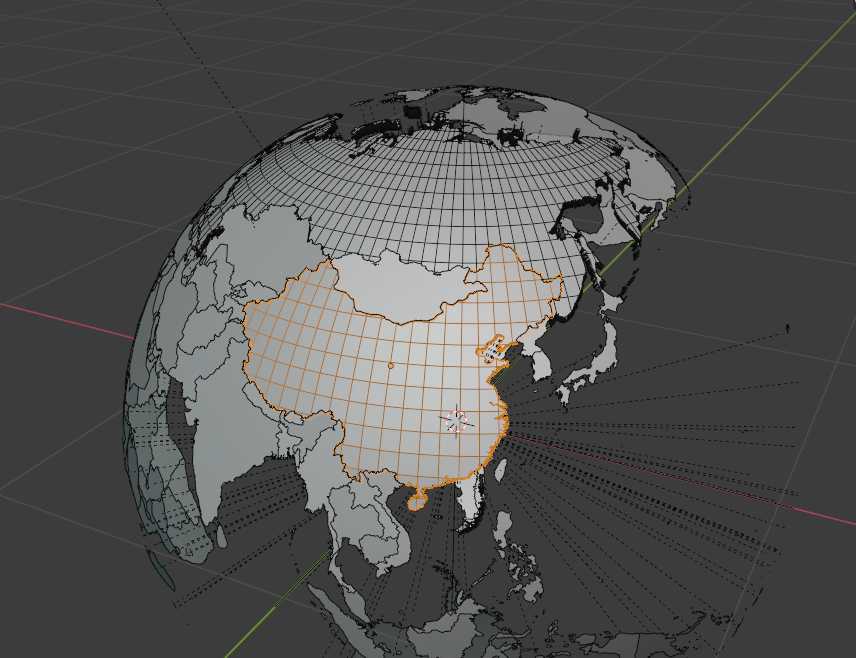 Not the answer you're looking for? Browse other questions tagged modeling modifiers performance or ask your own question.