How to control scale of hair particles

I'm trying to make a scene with grassy ground, and I'm using a hair particle system to generate the grass. I'm finding it very difficult to control the size,position, and rotation of the particles and their children. Their seem to be some very bizarre relationships between the settings in the particle system and the size of particles. It seems that my particles about 40 times smaller than they should be.

Yes, I've "applied all transforms" to the emitter and the source object, so there should be nothing messing with the scale there. The origins of my source particles are at the world origin and the base of the mesh starts there too. So as far as I can tell, there are no "extra" offsets or translations in any of the objects involved.

Toggling "Object Scale" or "Global Coordinates" under "Render -> Object -> Instance Object" seems to have no effect. The "Object Scale" option makes the particles particle height change be a tiny amount (I estimate about 3% taller when enabled), regardless of what the hair length is set to.

I would like my grass to be 1" high. I made my prototype grass blade object to be 1" high. I also set the "hair length" control to 1". The image below shows the instance object in the center. You can barely see the particles arranged along the XY plane. If I set "Hair Length" to 38", then the height appears correct.

One of the bizzare relationships I found is that if I change the "TimeStep" under physics, it scales the object. Why would the Timestep be related to physical size? The default timestep is 1/24 fps = 0.042. If I leave the hair length at 1" and set the timestep to the equivalent of 38 frames (=1.5833), then the hair scale is correct again. There's that factor of 38 again! Where is it coming from?

If I set "Render As" back to Path instead of object, then the hair length control appears to make sense again (as long as the timestep is at 1/24 - again, bizarre). 1" hair length gives 1" paths.

I tried turning the physics to "None", but that made the particles disappear (I'll ask that as a separate question).

I'm also having a heck of time randomizing the rotation. I'll ask that as a separate question as well. 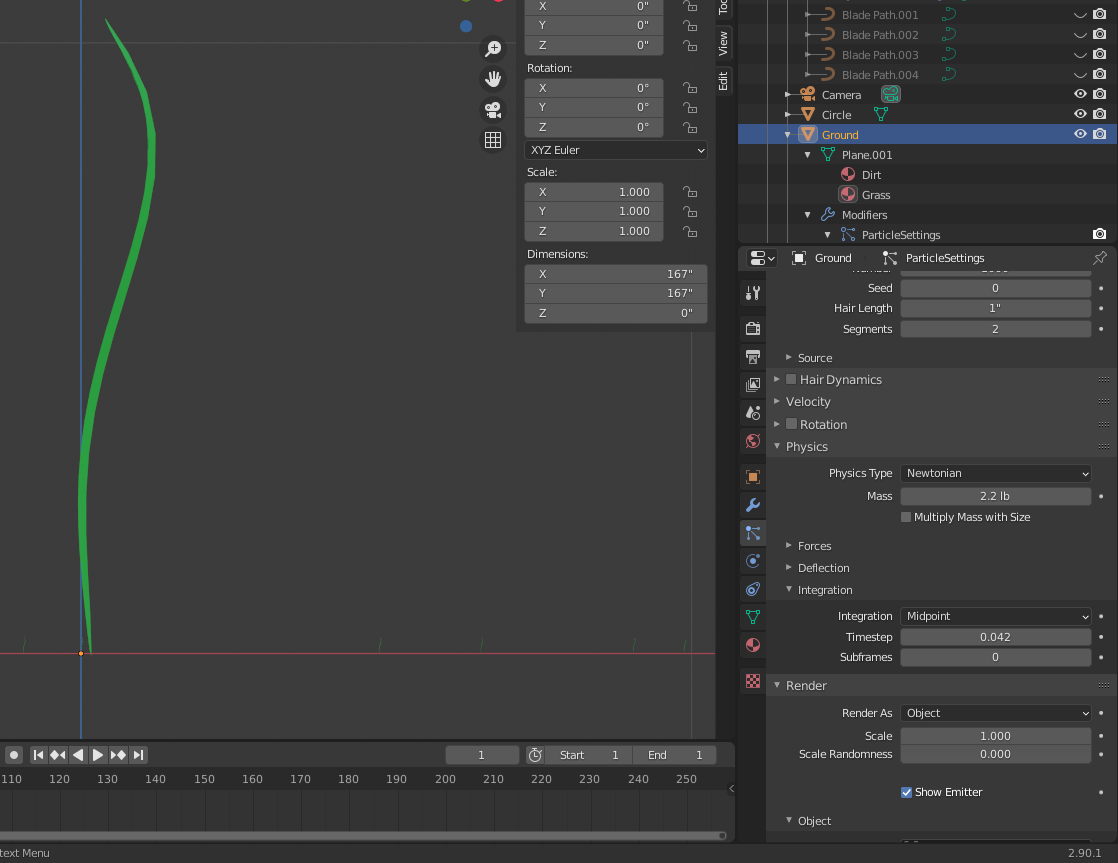 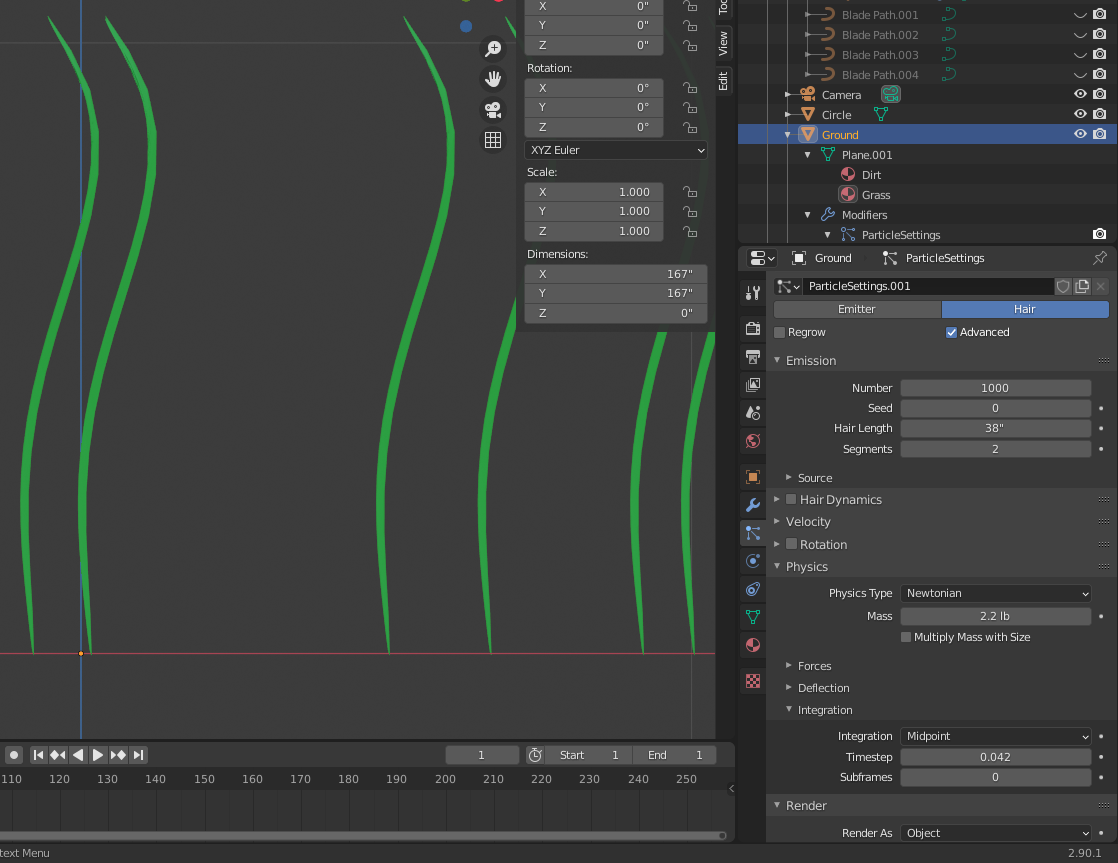 Browse other questions tagged particles physics hair scale or ask your own question.

2
Would this spiky hair be doable using particles system?
6
Appended or Linked Hair Particles not like original Hair Particles
2
Patches of particles (hair) on a plane following noise
0
Why do my hair particles disappear when physics is set to None
0
Hair particles flicker in and out on length influence animation