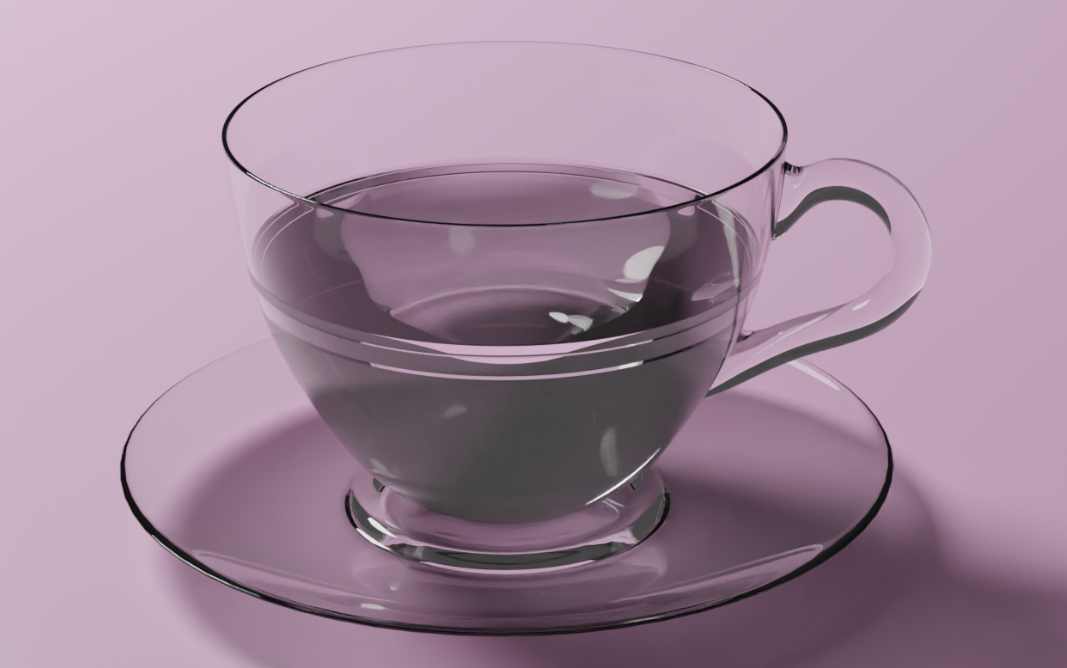 I'm just starting to learn Blender and am following Blender Guru's donut tutorial. I just "filled" the glass cup with water and everything looks correct as far as I know but when I render it, the water doesn't look right and there are some weird horizontal lines going on. As I said, I'm very new and don't really know what to look for.

Lines in transparent materials are a telltale sign of intersections with other objects. This was no exception.

To verify that there were intersections between the liquid and cup objects, I took these steps to generate a mesh that resembles the intersections:

Below is the screenshot of the results: 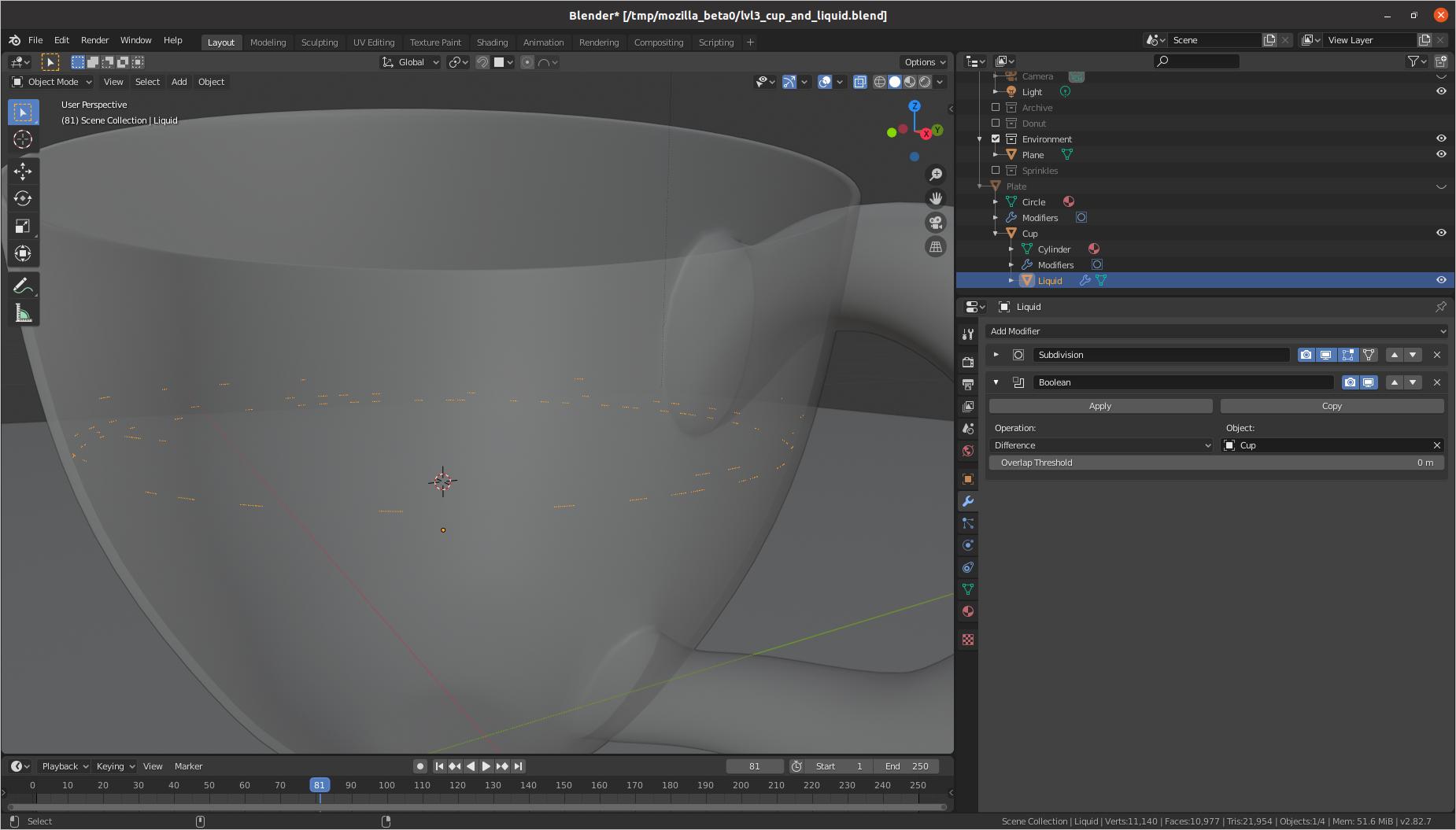 Yep, the cup and liquid definitely intersect. And notice how those lines match the lines in the render.

One way to fix the problem is by shrinking the liquid in the x and y axes. Here's how I did it: 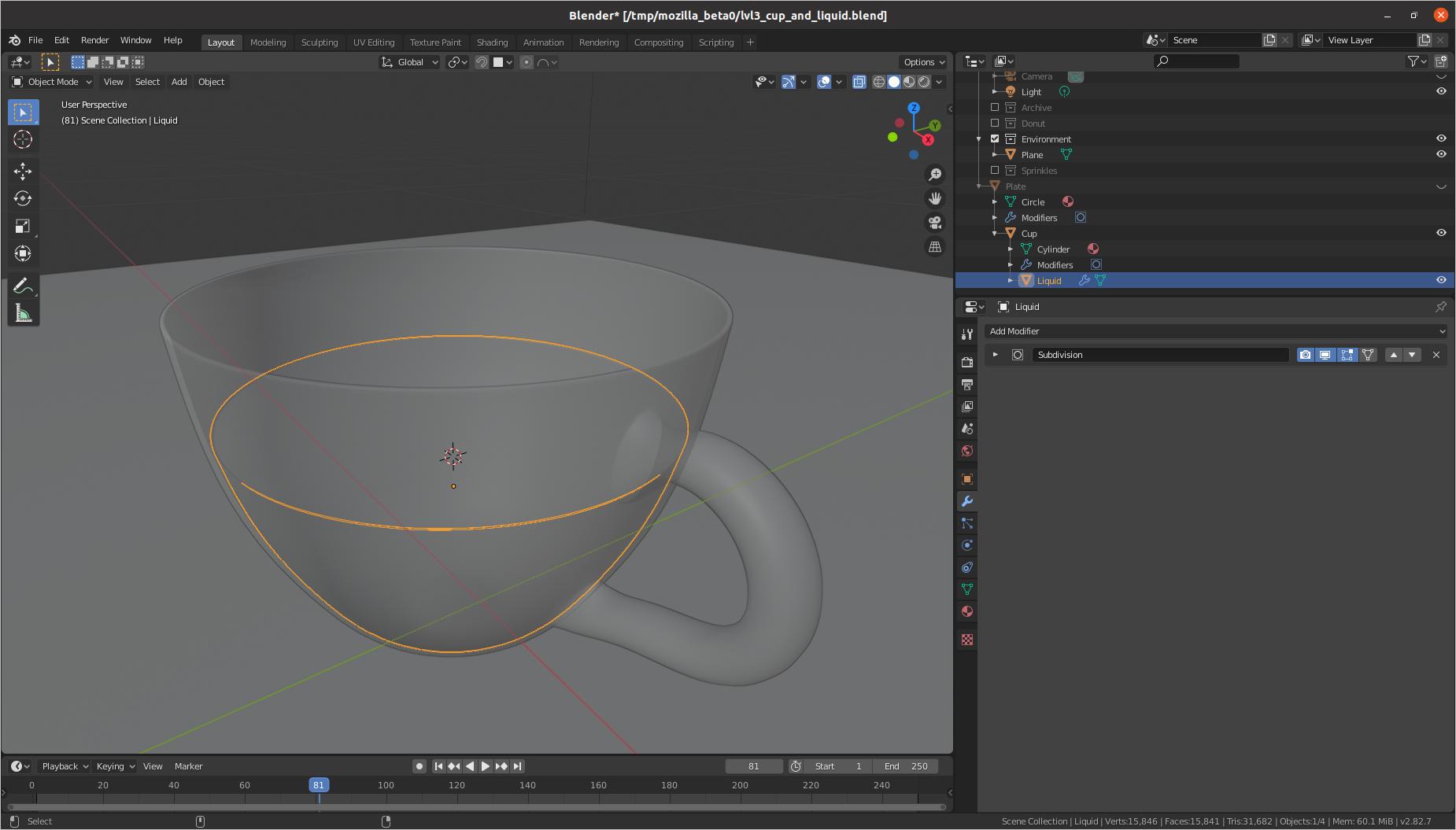 At first glance, it doesn't look like anything changed. But when you render the scene... 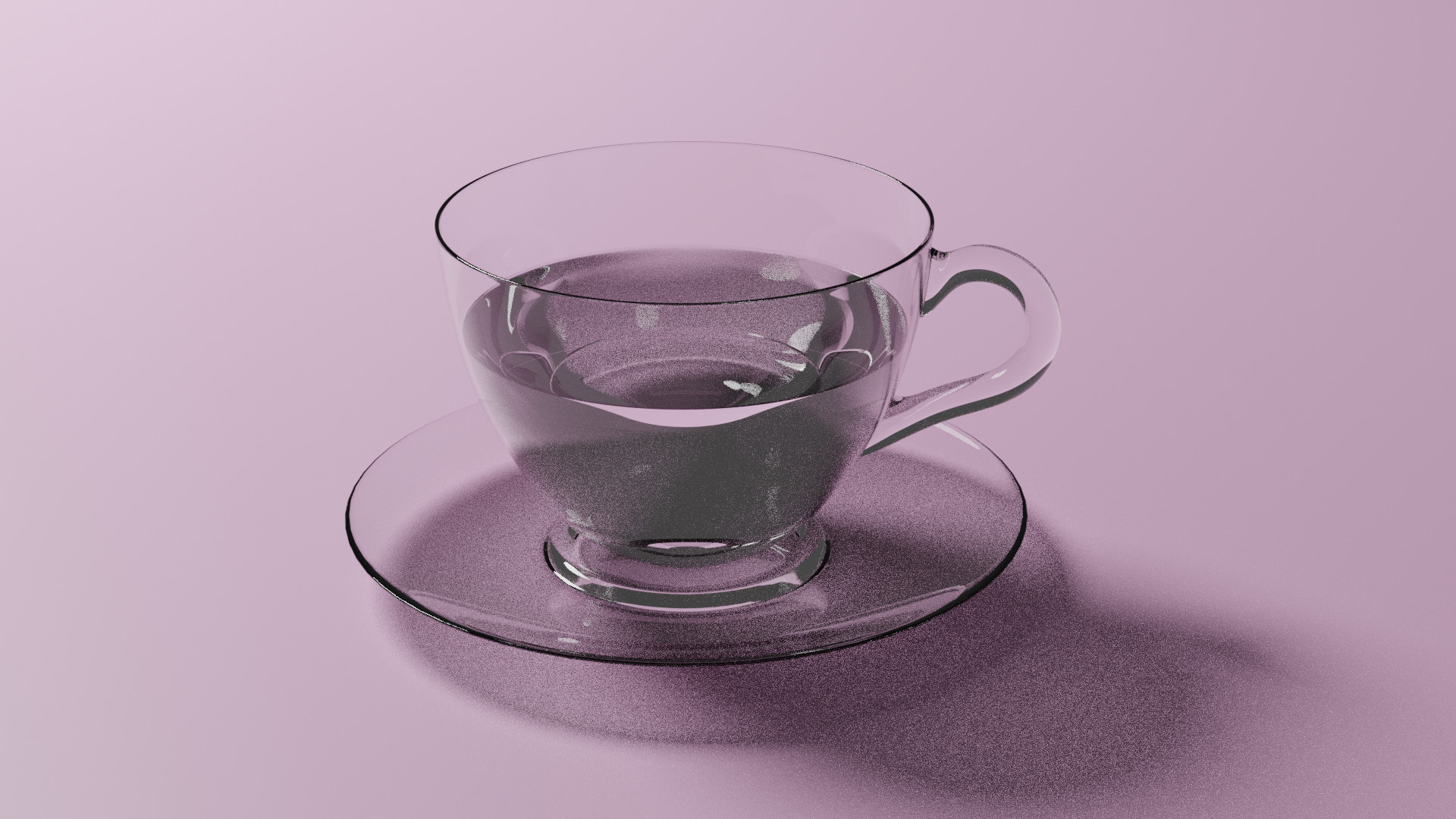 One other thing to note is that the cup has some duplicate vertices. Make sure to use the "Merge by Distance" tool occasionally to clean those up.