How can I copy animation from an object while it was attached as a child and then paste that animation to it after detaching it?

This is a follow-up question from the answers to this question: How to attach an animated object to a rig?

So I used the solution given in the above question and was able to successfully and easily animate the medal up to when it reaches the winner's neck. Now to continue to the rest of the animation, I would like to animate the medal without any relation to the hand as it would become very tedious to keep changing the pose of the medal relative to the judge's hand for the rest of the animation.

How can I achieve this? One of my ideas was that I copy the animation of the medal while it's in a child relation to the hand bone and then un-parent it and paste the animation on the independent medal. But how do I do this?

Right now when I unparent it, the animation vanishes from the medal (probably because it was only moving due to relation with the hand), and copying the keyframes/animation (while as a child) is not giving the same animation because I think the animation as a child is relative.

OR is there a way to remove the parent after some specific frame? But I think this would require the use of code and thus difficult for a beginner like me.

For reference, this is how my medal looks like while it's parented to the hand, and of course, I'm able to modify the pose of the medal relative to the hand but it would become a tedious task to keep doing that for the rest of the animation even when their relation is of no use anymore. 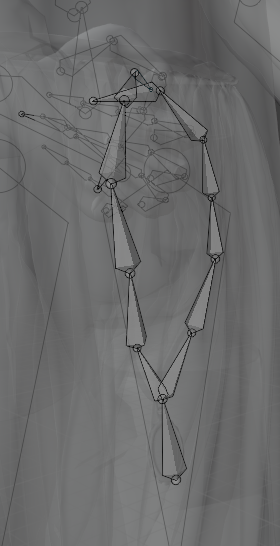 This is the last point till when the parent child relation between the hand and the medal was helpful. But next the hand has to move down and I don't want the medal to keep moving with it anymore. 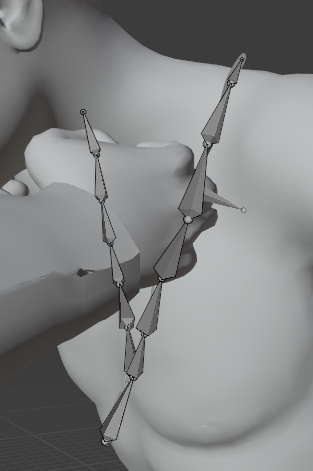 Note - I felt my question is considerably different but related to the above and therefore I didn't ask it as a comment there (I don't have enough points for it either XD).

If this is for a video production, is of lengthy footage and further animation or constraint(s) are needed for models after the medal presentation, baking and/or the Child-of' constraint could prove troublesome. or even impractical.

A quite simple and straightforward solution could be to split the project between two Blend files. The 2nd with a different parent to the 1st.

The video clip above was done that way and required a different parent for the man's hands after he'd presented the medal.
The medal and it's cord also needed a change. They were parentless in the first but needed the girl for a parent after the presentation.

Both Blend files were rendered out as lossless video and the clips joined later in the Video Sequence Editor.

For this method a straight out parentage using CTL-P, and for the 2nd file, ALT-P to remove it would be a much cleaner and trouble-free way to deal with the switch.

The only trick to keep in mind when removing or changing parentage, constraints or physics, is to immediately purge the model(s) of all constraints, physics, and keyframes (clear animation in the Outliner) --> BEFORE <-- moving the timeline cursor.

2
How to attach an animated object to a rig?
0
How to let go the object with armature constraint?
0
Rigging - Sword like object influenced by 2 bones

3
How to animate Constraints?
2
Unparent object but keep animated properties
1
change object pivot after animation and keep animation positions
1
How to make the child object to match the location and rotation of parent object
0
Update parent and pivot of multiple children
0
How to Animate The Child while the parent is already animated
3
How to animate different parts of a robot arm
0
Lock pose during animation?