Update a script for Unwrapping trees using a python script

I was hoping someone in the community will be able to help with this.

A similar question was posted back in 2017 and the user @Rich Sedman answered with a custom made python script that was able to unwrap the mesh in an almost seamless way.

link here: How Can I Use a Procedural Bump Map to Replicate a Natural Pattern?

I have attempted to do the same for a mesh I created recently replicating the process shown in the post but unfortunately came up with error show in the the image attached. It shows the system console for blender and which lines were specifically throwing out errors. So I downloaded the project file provided (this can be found at the bottom of the answer in the old post) and attempted to run the script but the same error occurred. I suspected this could be due to running the newer version of blender. But because I'm not familiar with python that's the only problem I could think of.

I have been in contact with Rich on the old post and he suspected it could be that as well. He kindly suggested to make a new post to see if anyone else can find a solution in the mean time and that he will review when he can.

Hopefully any answer from you guys can help future people as well.

UPDATE: as in batFingers comments some of the script needs updating from the changes done to 2.8+ API. So far I have managed to change line 11, 12, 18 using his comment. The rest needs updating as it goes, still attempting it atm. 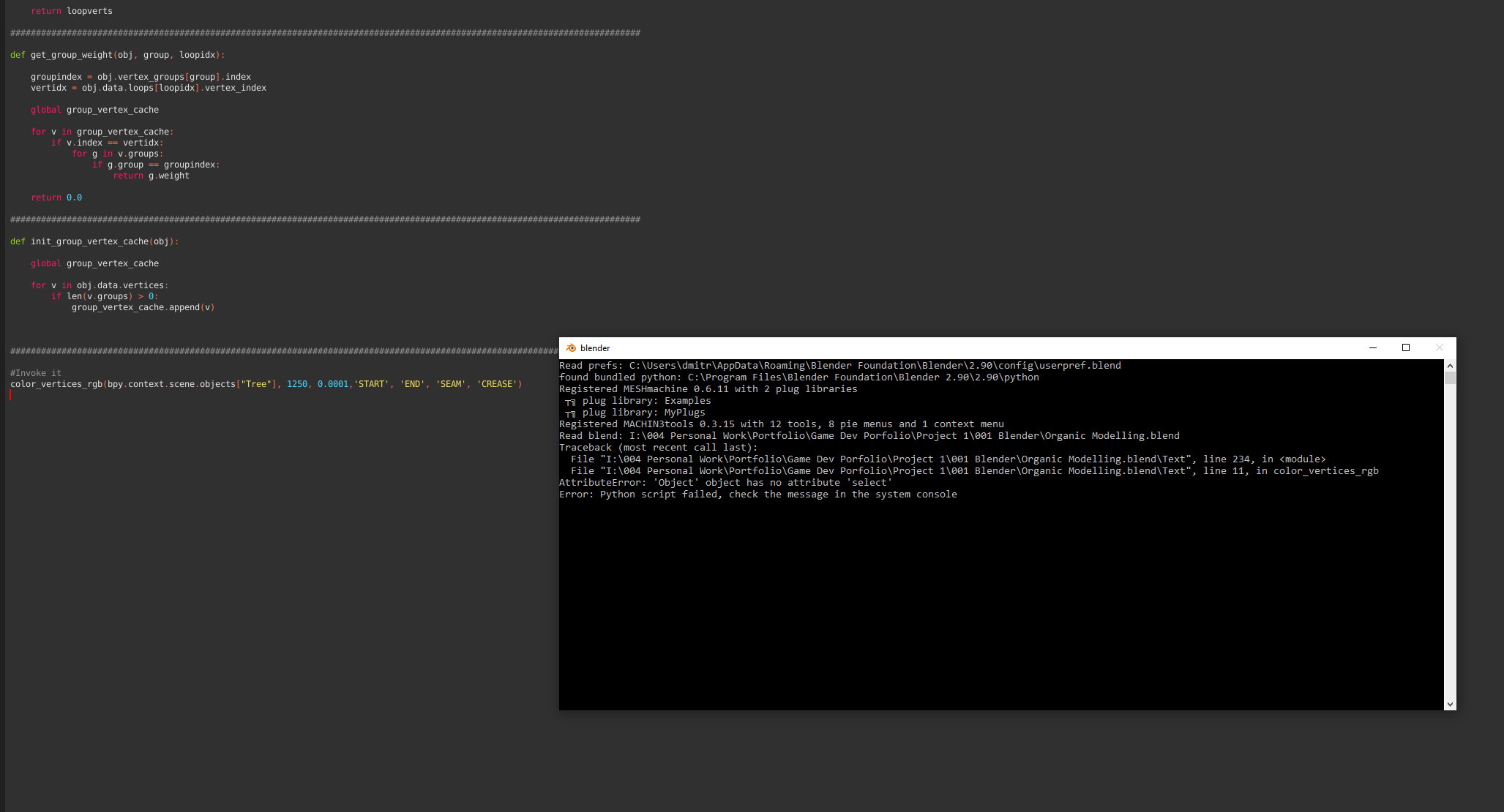 38
Selecting an object via scripting?
5
How Can I Use a Procedural Bump Map to Replicate a Natural Pattern?

15
Setting objects into edit mode often seems to fail in python script
1
Blender start with (large) Python script crashes Blender
2
How can I change a sphere's radius with a Python script?
5
How to avoid multiple running instances of same handler function when running it from editor?
1
Batch-Process Video Watermarks in Blender
1
Error when Adding a Python Script to a Driver
2
Cannot pass arguments to Python script when executed by blender.exe
0
Script for loop issue
4
Automate many emissive primitives using Python in Blender 2.93