Why doesn't my Eevee rendered image match my view through the camera?

I have a single icosphere in my Blender project and I'm using 2.91.0. My active camera has a background image of a few buildings and I have a foreground framing image that's a blue box that fits around the edges of the rendered area and the rest of it is alpha channel, so it can be transparent. The icosphere has a brick texture. This is all just for testing.

Here's the Blender window. I've hit numpad-0 so the view is through my camera: 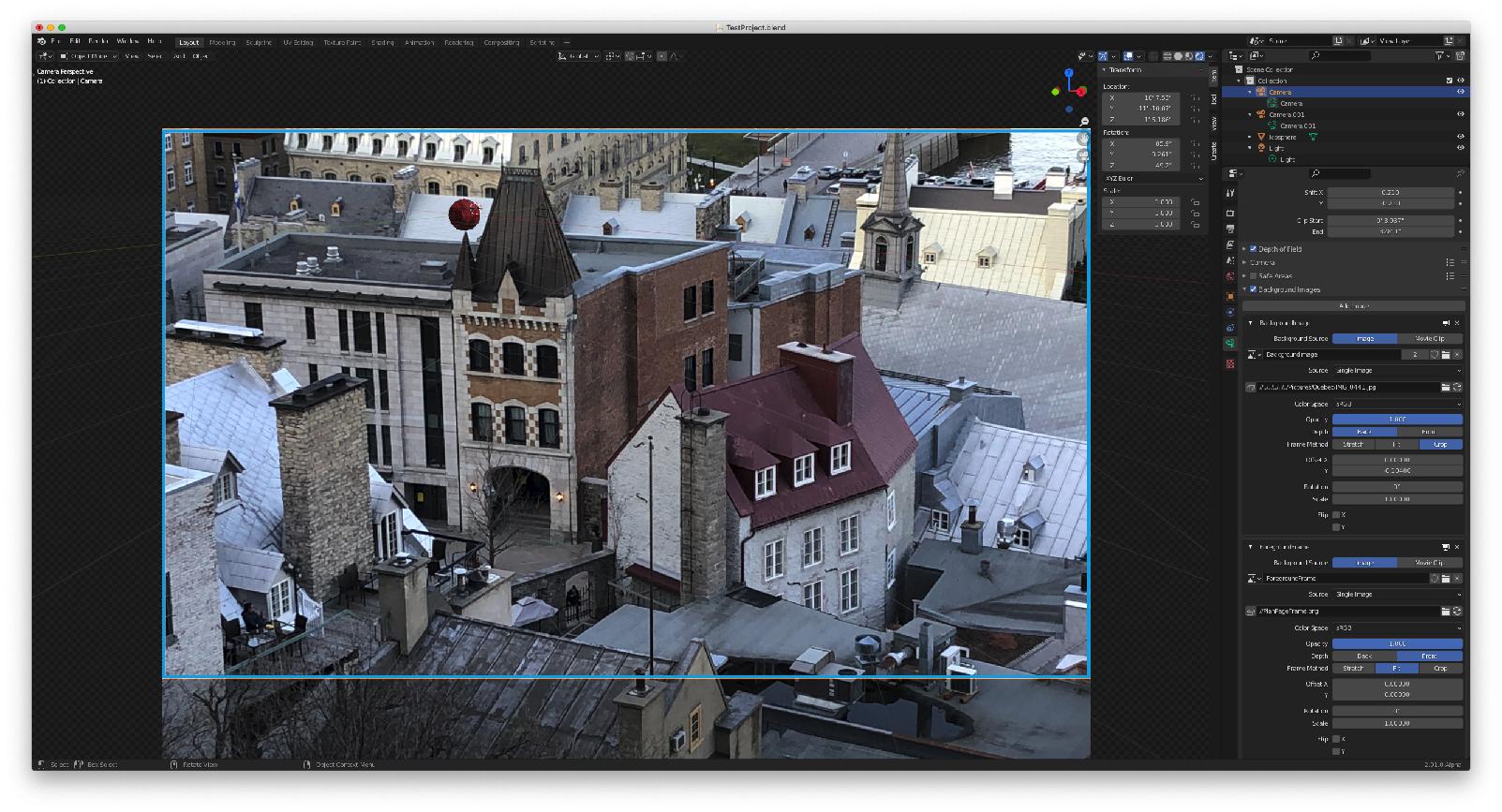 Note that I have two images specified in the Camera editor on the right, one for foreground, one for background. I've also changed the offset for the background image and, in the Lens section (at the top of that editor - the top part of that section can't be seen), I've set an offset to put the sphere on the point of a small tower on a building. 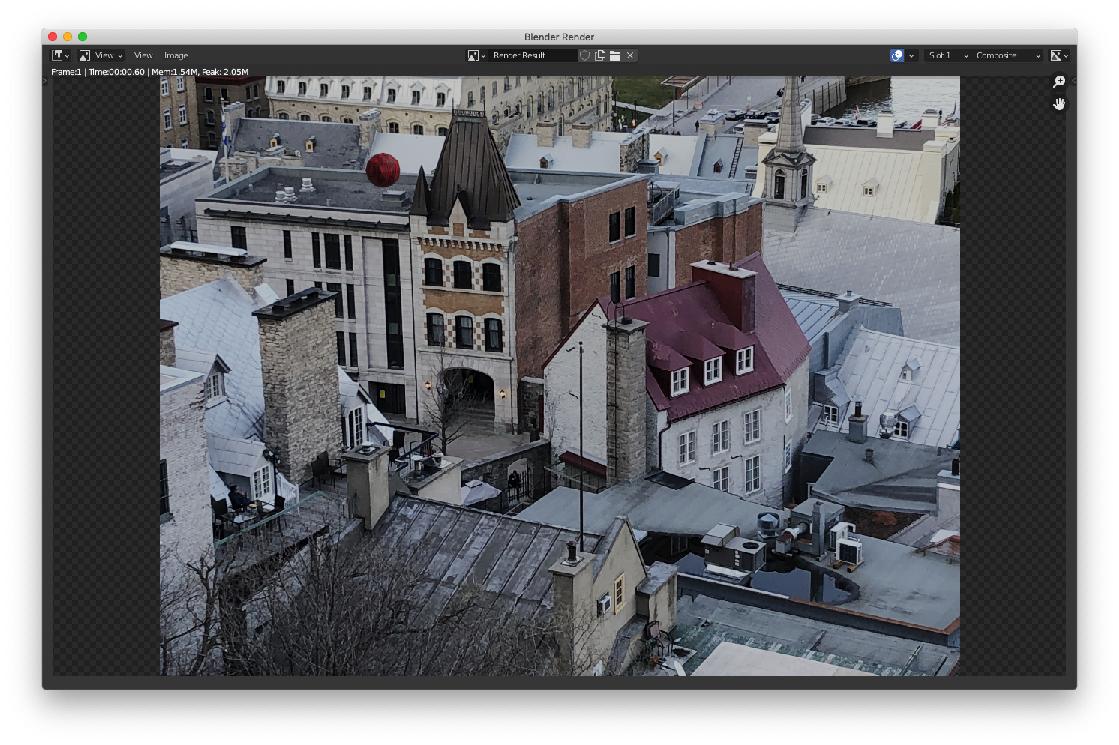 There are a number of differences:

To render, I just went to the menu and picked Render->Render. (I use an iMac which uses the function keys, so I don't use them for individual programs.)

Why are there these significant discrepancies between the rendered image and the camera view in the 3D Viewport?

First have a look at camera background images in the documentation:

The image is scaled at minimum so that either its height or its width fits the view.

Then you have shifted the background image of -0.104 along Y.

Now in the compositor, you've used a scale with crop option: that means the image is cropped then displaced (if you displace it) so you'll have a transparent part at the top. This is probably not what you want to do.

You can use a "transform" node instead, and some little math.

That gives this compositor setting: 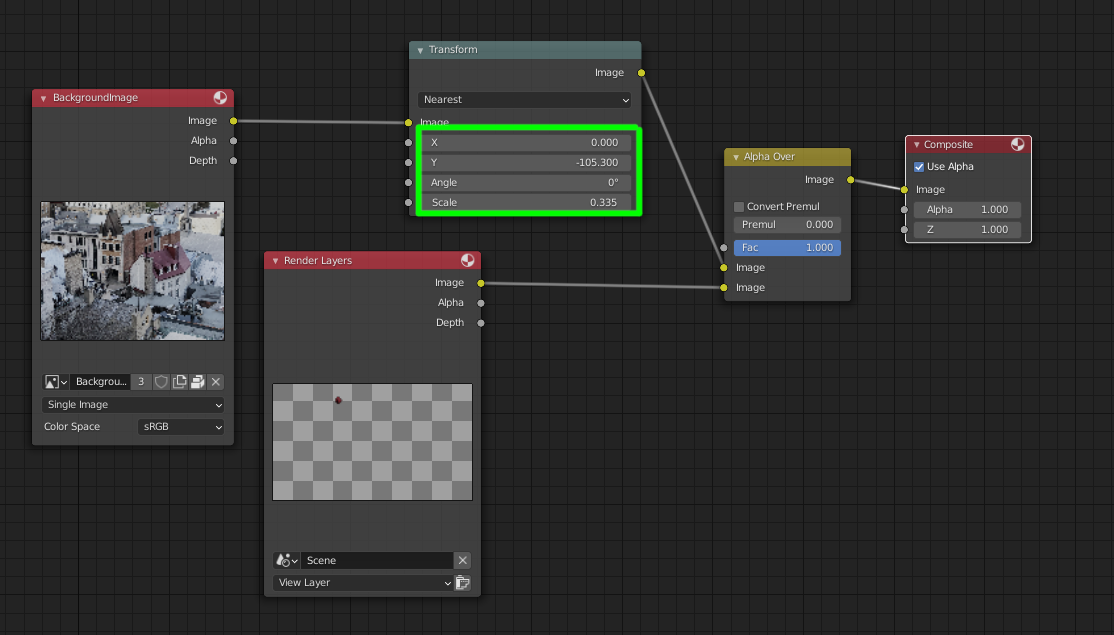 To add the blue frame which has the same size as the rendering, you can add another alpha over setting on top of the previous one:

And if you want to avoid the above math/calculation, you can also parent to the camera a plane that will render the background.

Place the plane far from it, then scale and move it as you need. The plane has no shader to render with its full colors (don't forget to adjust the camera clipping if the plane is too far): 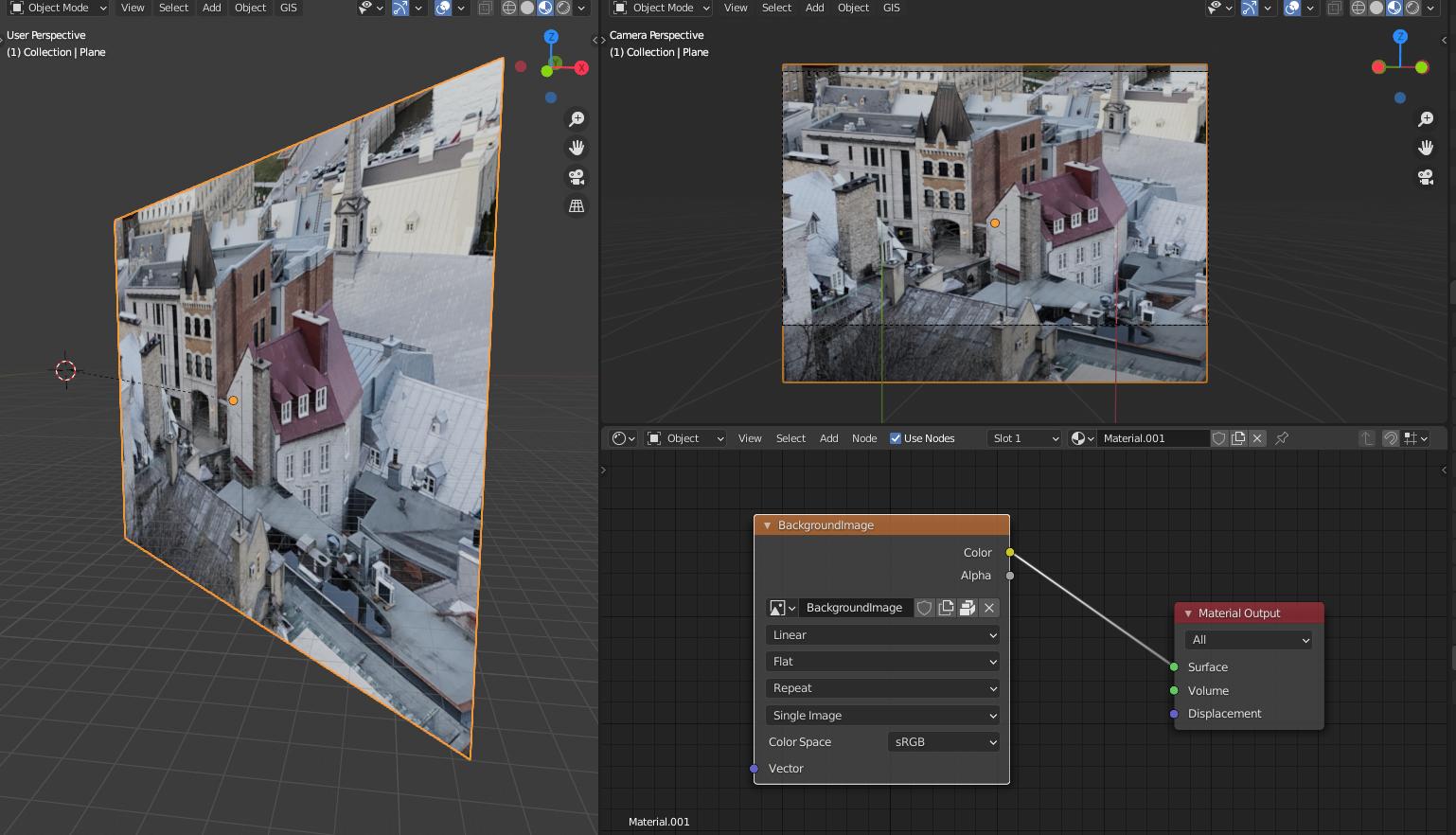 A blend file for this last setting:

I think most of your issues come from here: 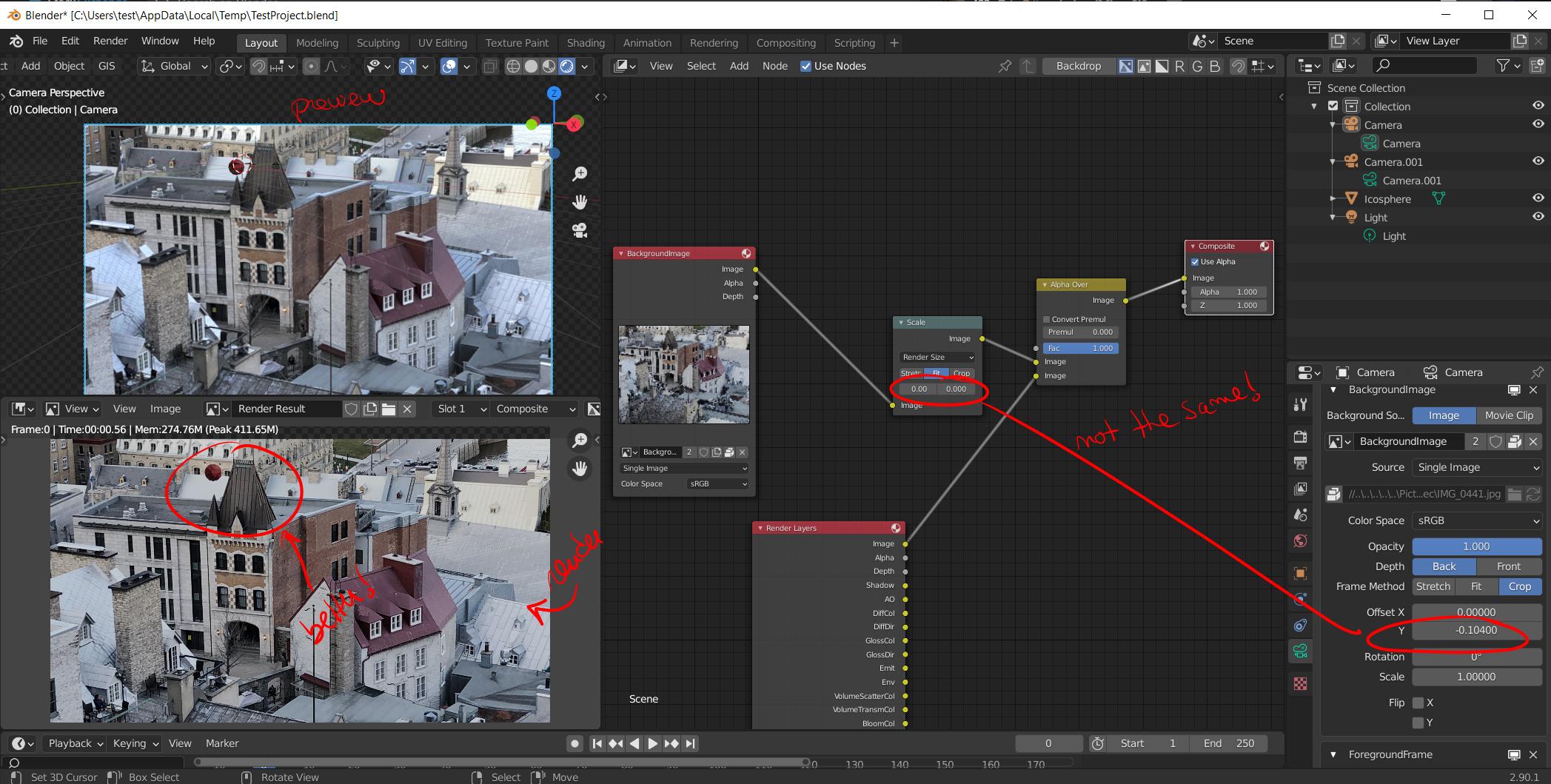 In the compositor (where stuff is actually rendered) you've scaled the background image differently than you did in the camera settings (where the picture is treated like a non-renderable reference image).

I just put the same value (-0.104) on the compositor's "Y" and that alone nearly fixed the misplaced sphere. Maybe some more fine tuning can get the two settings to match and give you the expected result!

Still don't know what's wrong with the frame, though.

Not the answer you're looking for? Browse other questions tagged rendering camera eevee-render-engine or ask your own question.

1
How can I use different background and foreground images for each camera?