How can I make the particle systems look more like fur?

I'm not getting a nice result to make this mascot looking like it has fur skin. Does anyone have any tips on what I can improve it? The hair looks too spaced (not covering the whole mesh) and similar to thin plastic hair. Any tips would be helpful, thanks! 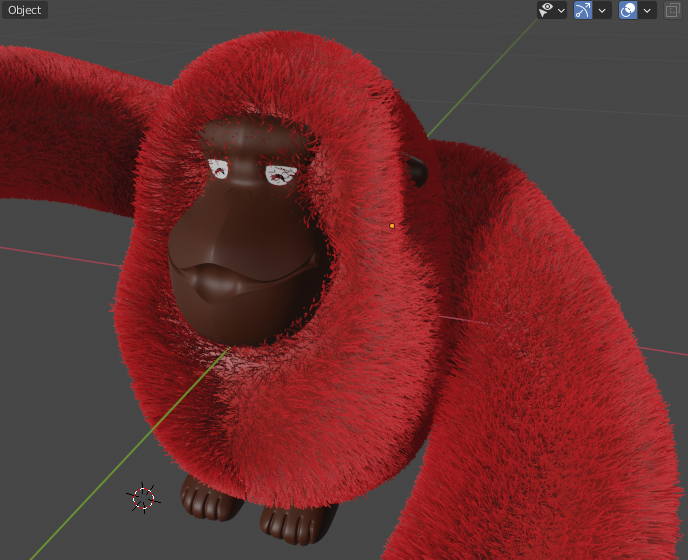 The settings I changed: 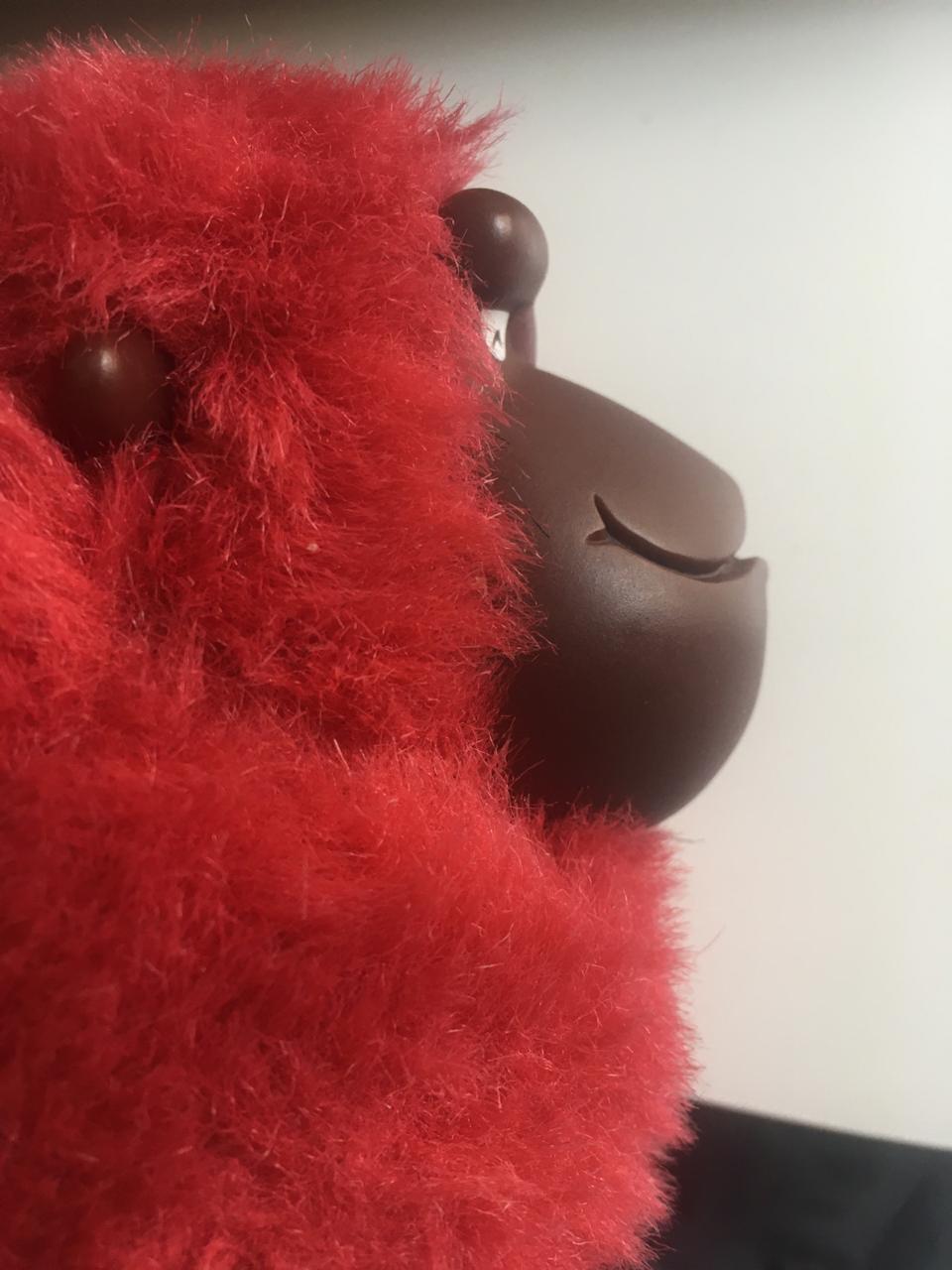 Turn on advanced, go into physics, and add just a little bit of Brownian motion will go a long way. 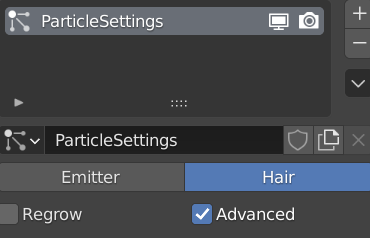 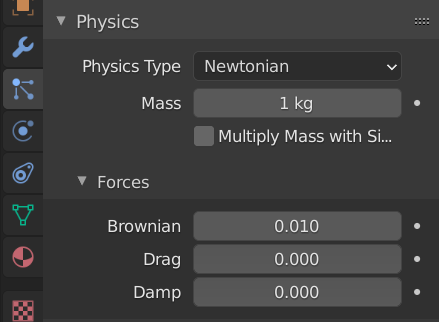 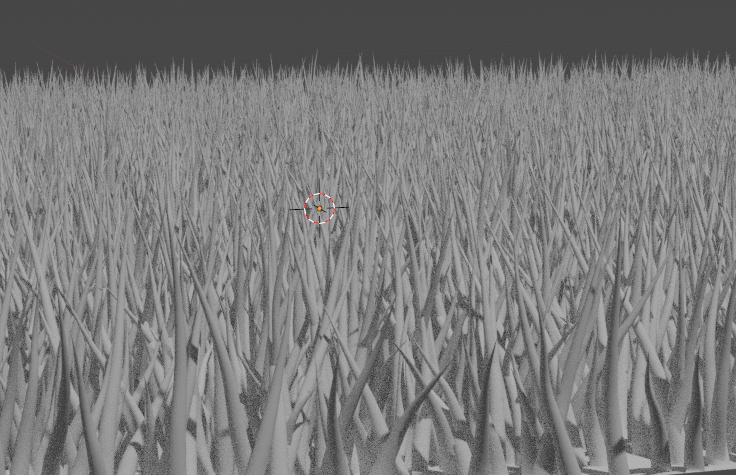 It's worth noting that your Children viewport setting is 1/10 what will be rendered. Hair systems can be RAM intensive, beware. Save often.

There are several aspects related to the realist appearance of fur in animals. Four of them are density, length, distribution of the fur, and texture.

See this image as an example: 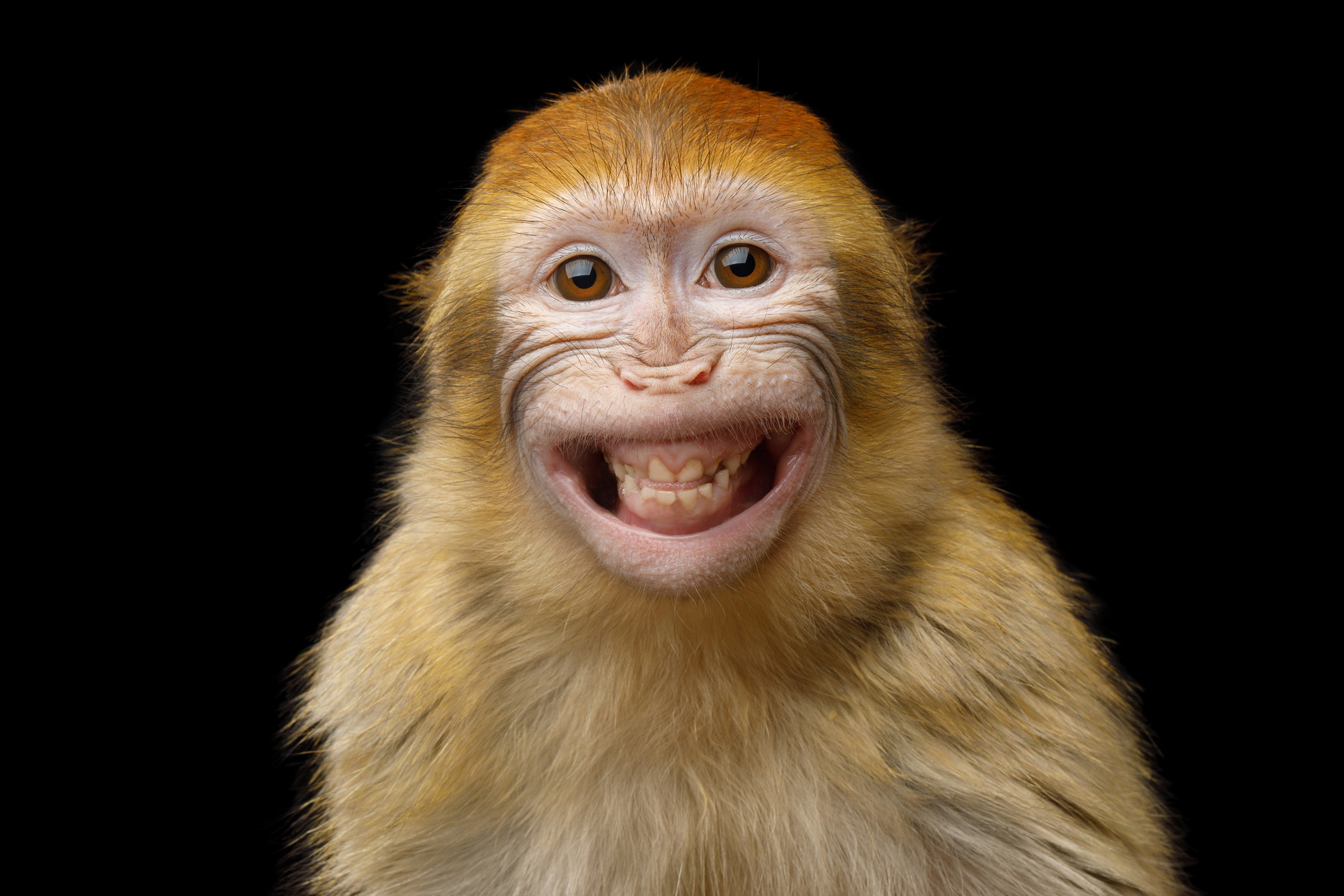 It is possible to see that the head fur is smaller than the torso one and in the monkey face there is almost none fur. The fur at the top of the head, for example, is slightly orange when compared to the rest of the body. The considerations of all those aspects increase the level of realism.

In Blender, it is possible to increase the density and size of the particles for just specific regions of the object. That can be made through the usage of weight paint. 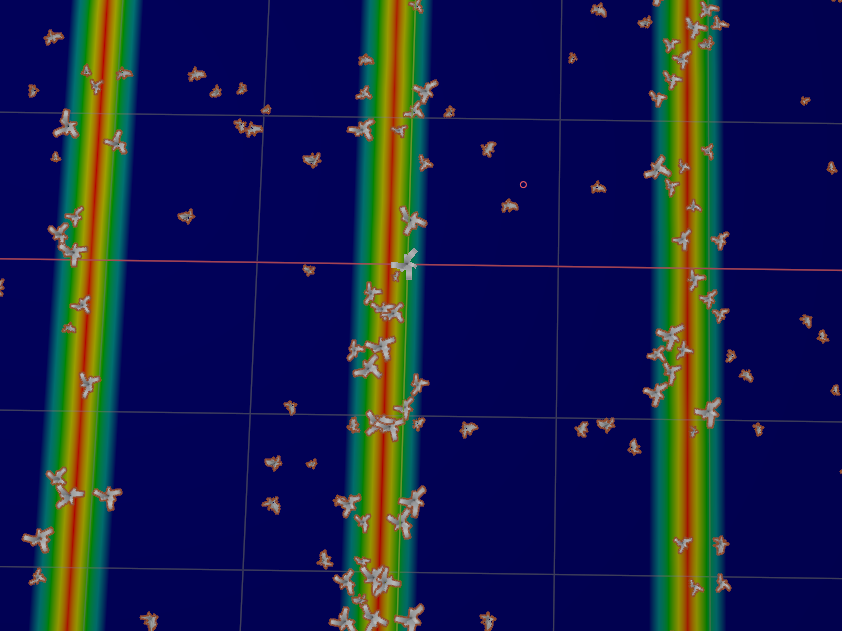 Here an example of weight paint for an agricultural field where it can be seen that the closer to red the higher the density of plants allowing the creation of different distributions of the particles in the same object. 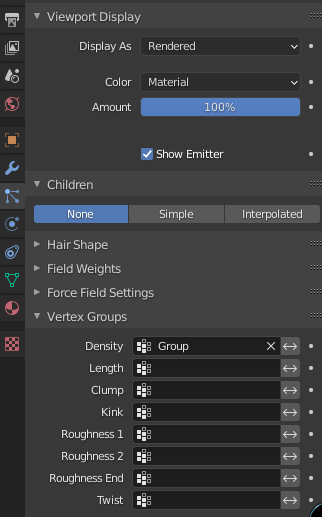 It could also be related to the length of the particle but in this example, that was not adequate.

Obs: In your case, since it also refers to a synthetic material, where it is possible to see one or other fur much longer than others. It also could be of interest the creation of one additional particle system with a high length size and low particle quantity.

The usage of a weight map could also help the removal of undesired fur that can cross the monkey face in case it was used two different modeling objects.

14
Generate Particles with Random colors (continuously or from a set)