How to merge cylinder face with torus?

(I apologize if this is a dumb question, I am a graphic designer who is new to the program.)

Hi! I'm currently working on a menstrual cup render and need to add a pull ring to the bottom of the cup. IE I need to merge/join this face: 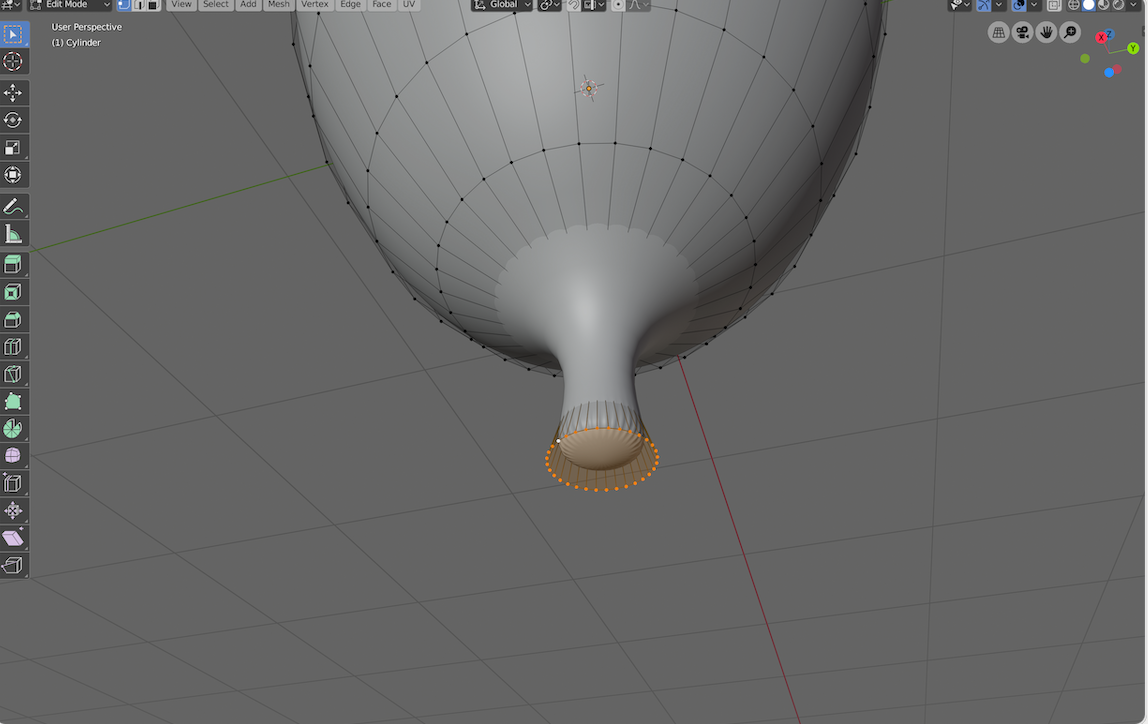 with the top of this ring: 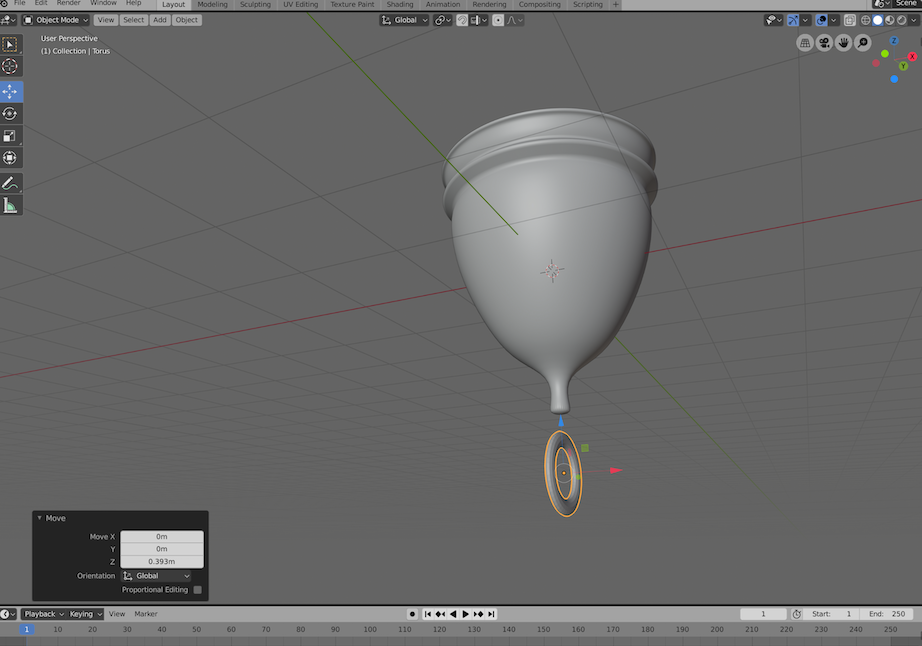 In other places I've seen this sort of ring created through face extrusion, but the cylindrical face in question doesn't have those inset faces. Merging seems to be the obvious solution, but the number of faces and the angles create an issue. What would be the best way to go about this?

As @moonboots has commented, it depends on what sort of transition you want..

If you were using a sub-d modelling approach, you would keep your pre-subdivision topology to a minimum: 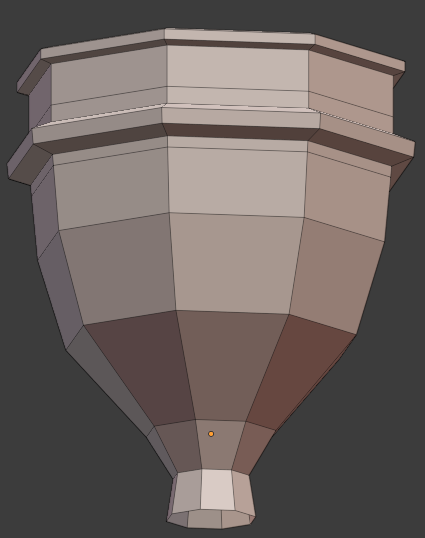 By having only 8 vertices in the circumference of the cup, you make picking a hole with a matching number of vertices from the torus relatively simple: 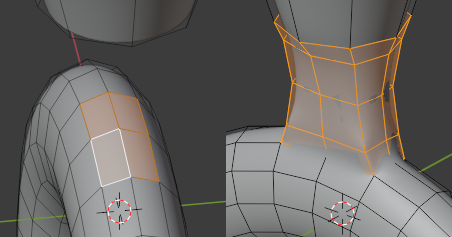 Allowing you to use Bridge Edge Loops to make your basic fillet. There's a certain amount of adjustment you can make in the tool itself.

After the bridge is made, you can tweak with tools such as:

This shows a basic smooth join, after subdivision, (and a Bevel modifier by angle to sharpen the ridges in the cup): 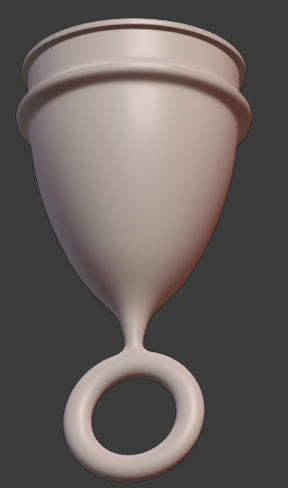 By having the topology straight and simple, it's relatively easy to make variations, using, for example. simple extrusions of faces along their normals.

You could try using Modifiers

Here's a step by step video tutorial that will help, it explains things well. 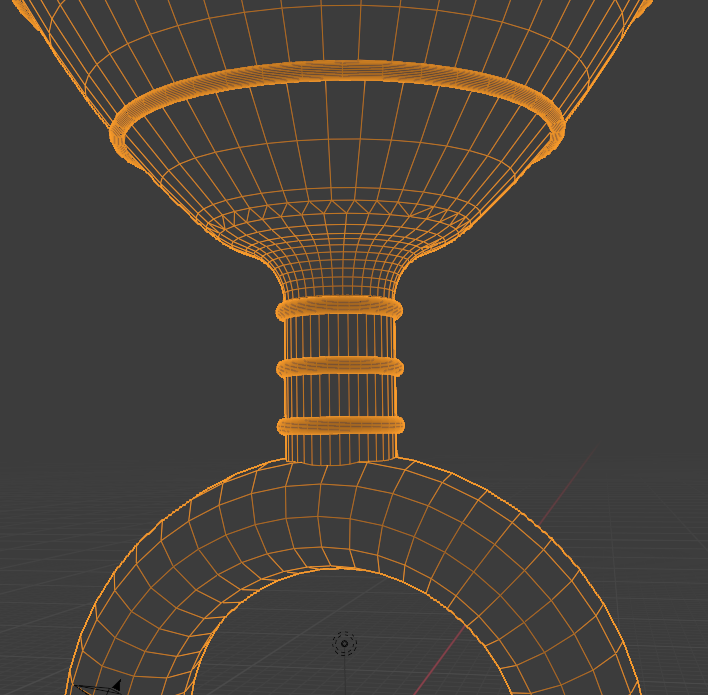 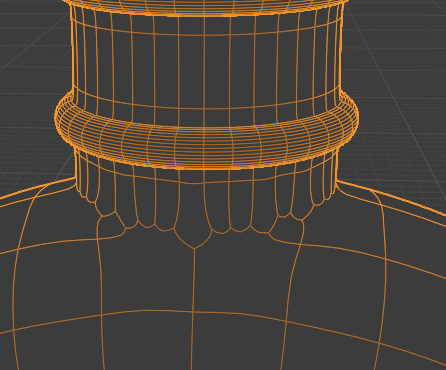 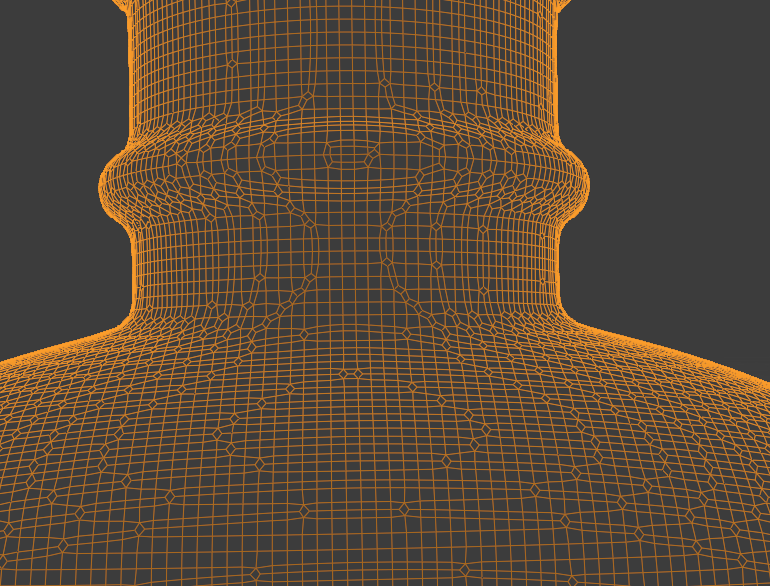 Start with a torus that has the same amount of minor segment that the cylinder has in its slice.

Create a circle from the cylinder base.

Place them so that they correspond and add a shrinkwrap modifier to the circle, like this (choose the axis that fit to the orientation of your model and make sure its is not rotated): 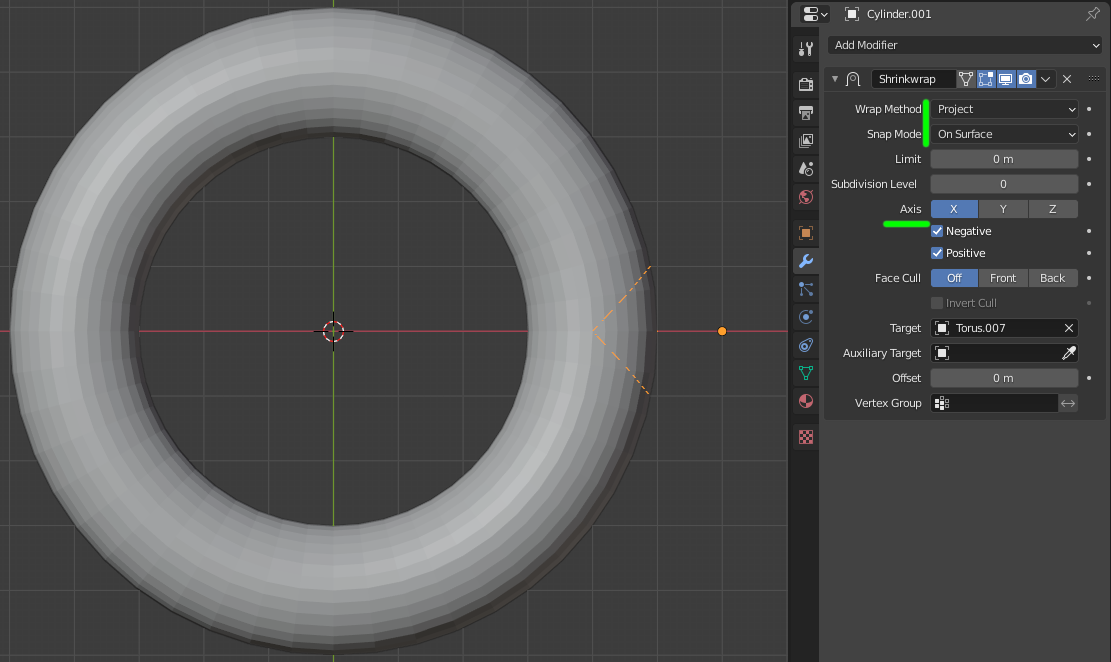 Join them, remove inner vertices from the cylinder (on left below). Join the vertices by enabling "snap to vertex" option and "auto merge" option (on right below).

Join all that to your cylinder, select the edge loops and use "bridge edge loops" from the menu: 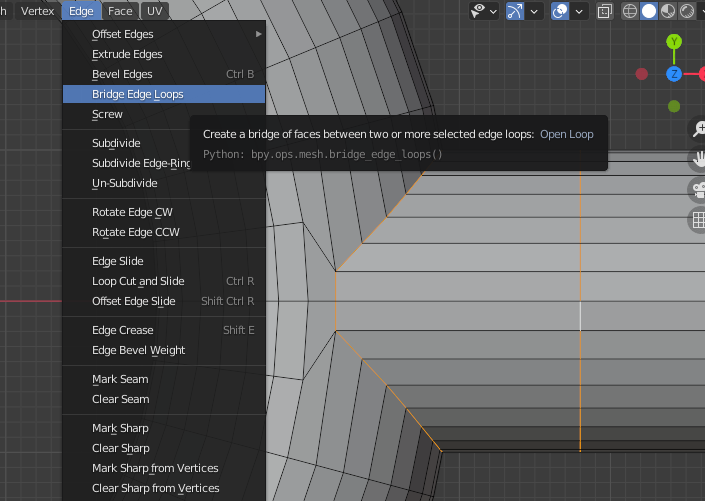 Select the edge loop at the jonction and bevel it CtrlB: 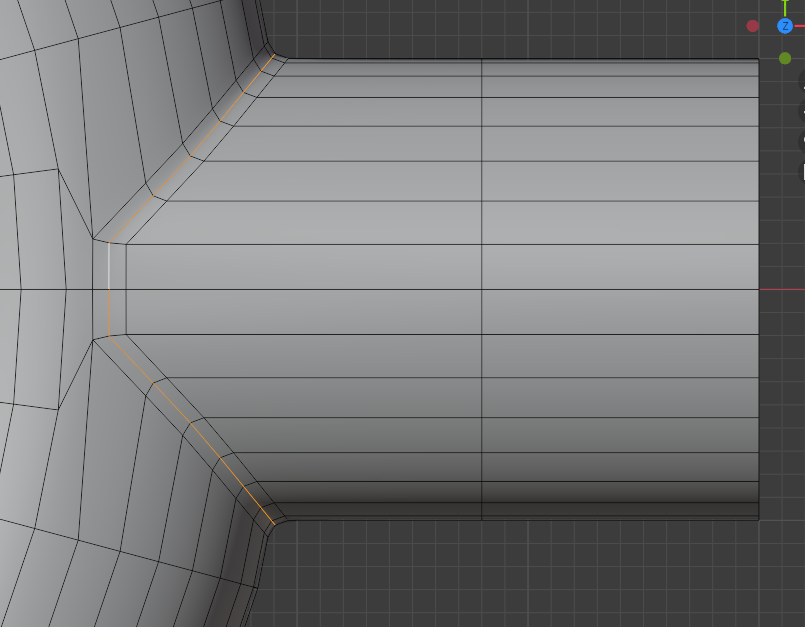 6
How to join two objects so that one conforms to the shape the other?

1
Issue with creating high precision Ngon faces
0
How can I create and keep these faces together nicely?
6
Attempting to remove extra “edges” from truncated icosahedron lead to excessively global consequences
1
Problem with bridge connecting to edges of face instead of round extruded part