Blender loop cut e boolean doesn't work together. How to fix this ? How to create an arc on plane of loop cut?

I'm trying to reconstruct a real structure, and the whole structure so far has been obtained from a simple plan through the '' loop cut '' system. Which on some occasions is bringing me several problems such as double edges or vertices (easily solved but frustrating) and in this exact case in the construction of arcs. Question :

I hope you have the answer to my mistakes.

[Solution?] I solved it like this in the end, but it is very laborious. (fig.7) While if I had managed to pierce a plane already dissected by loop cut, it would have been better, and less tiring, but the boolean modifier didn't work. 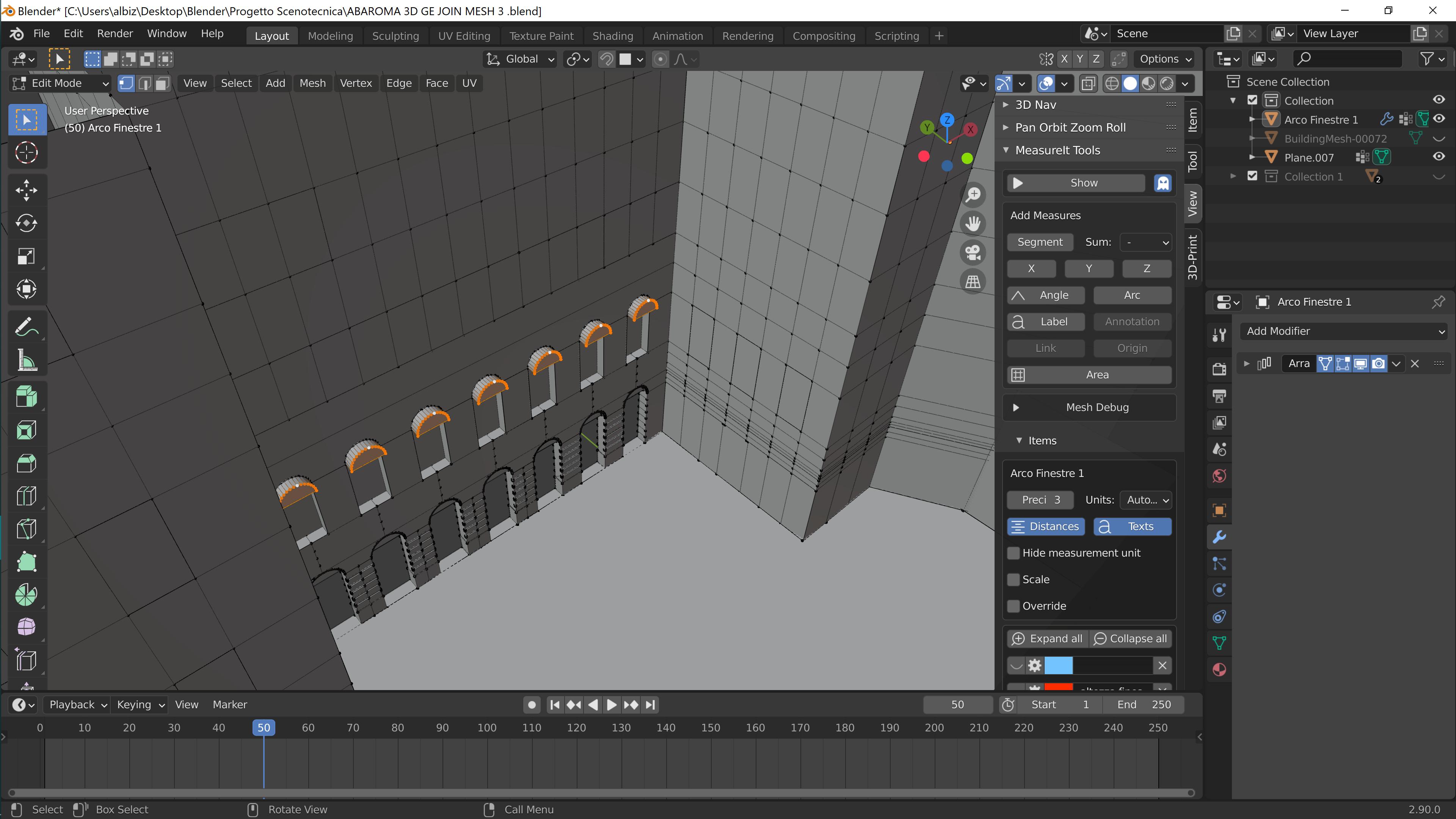 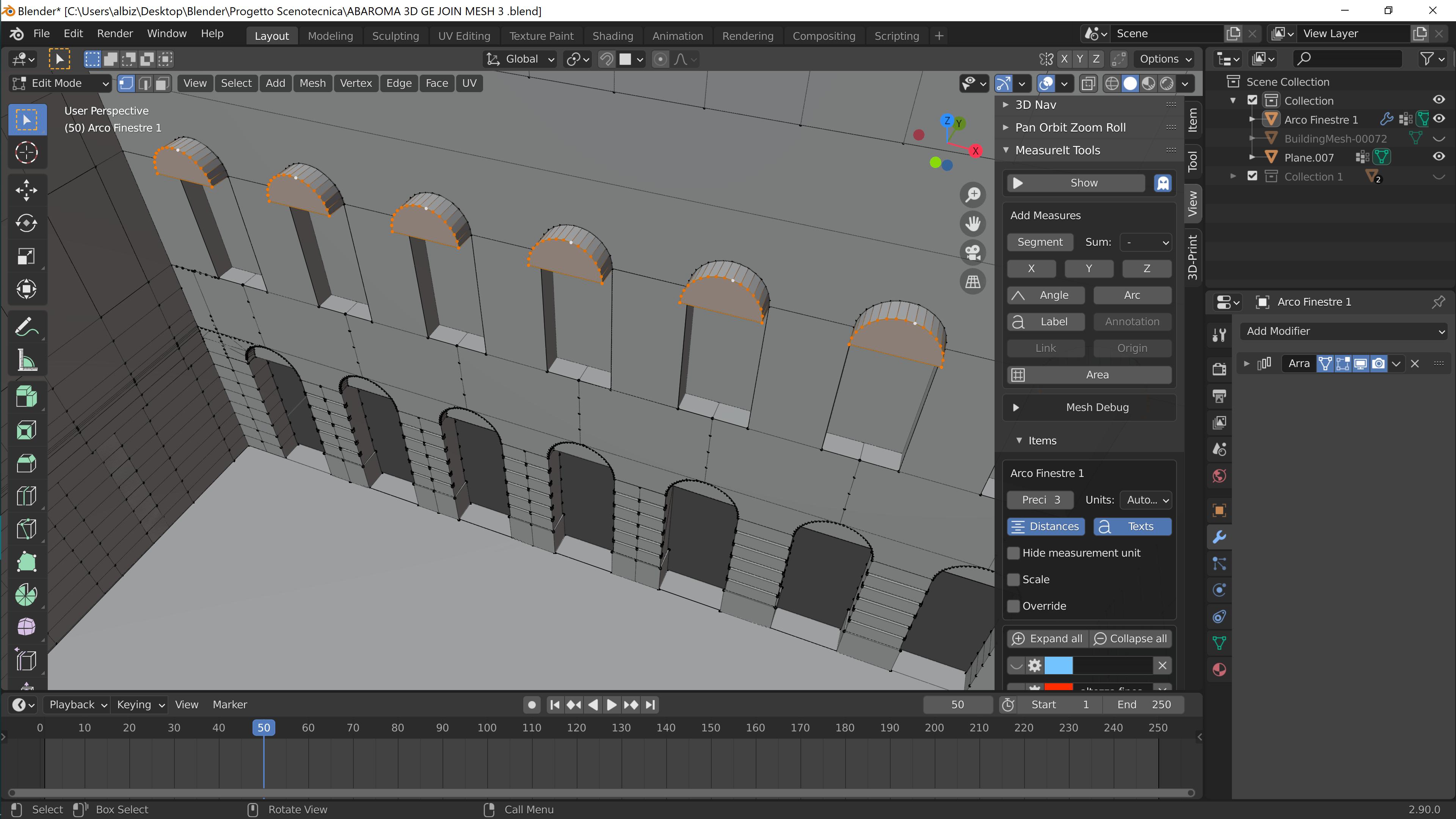 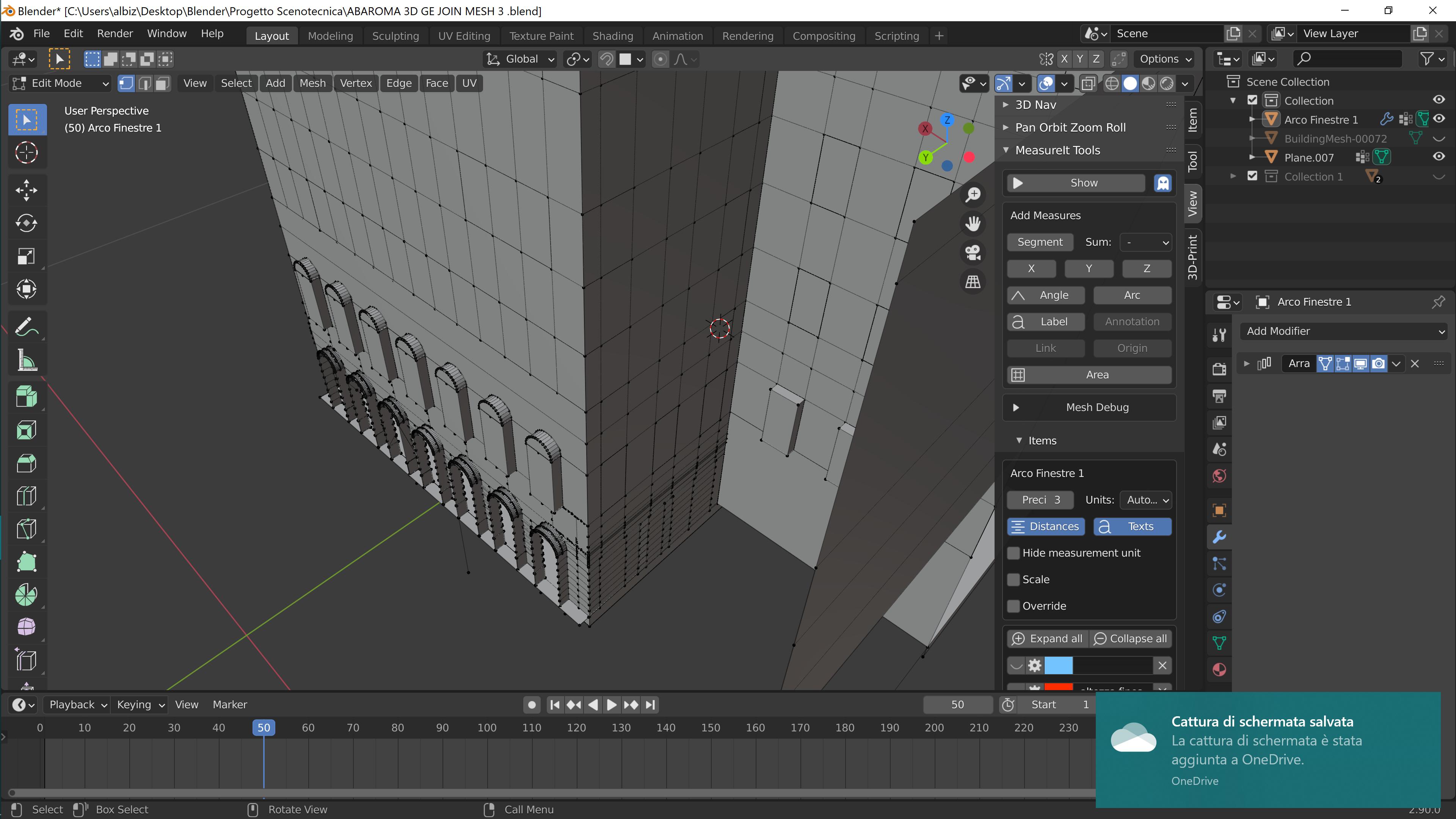 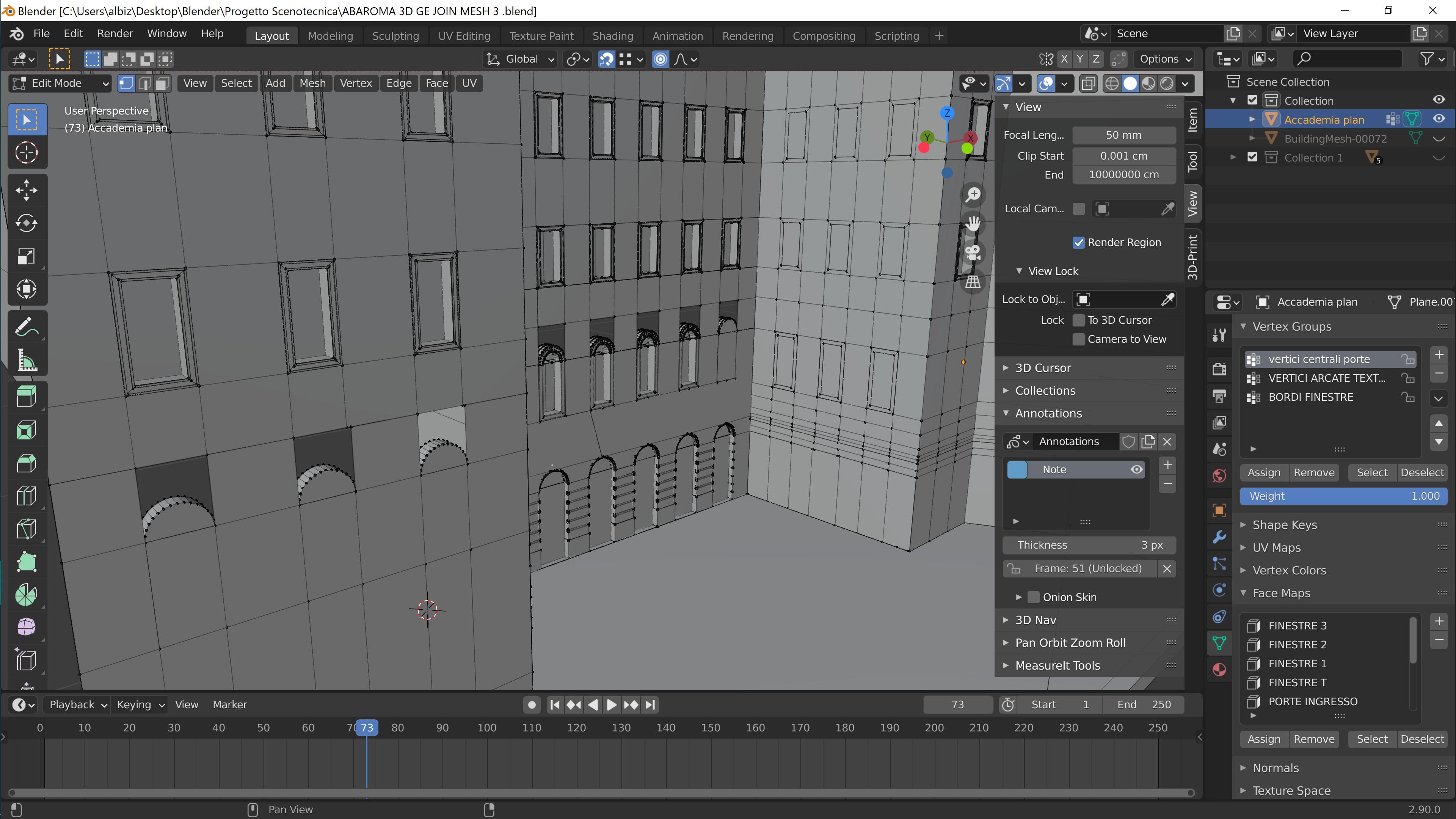 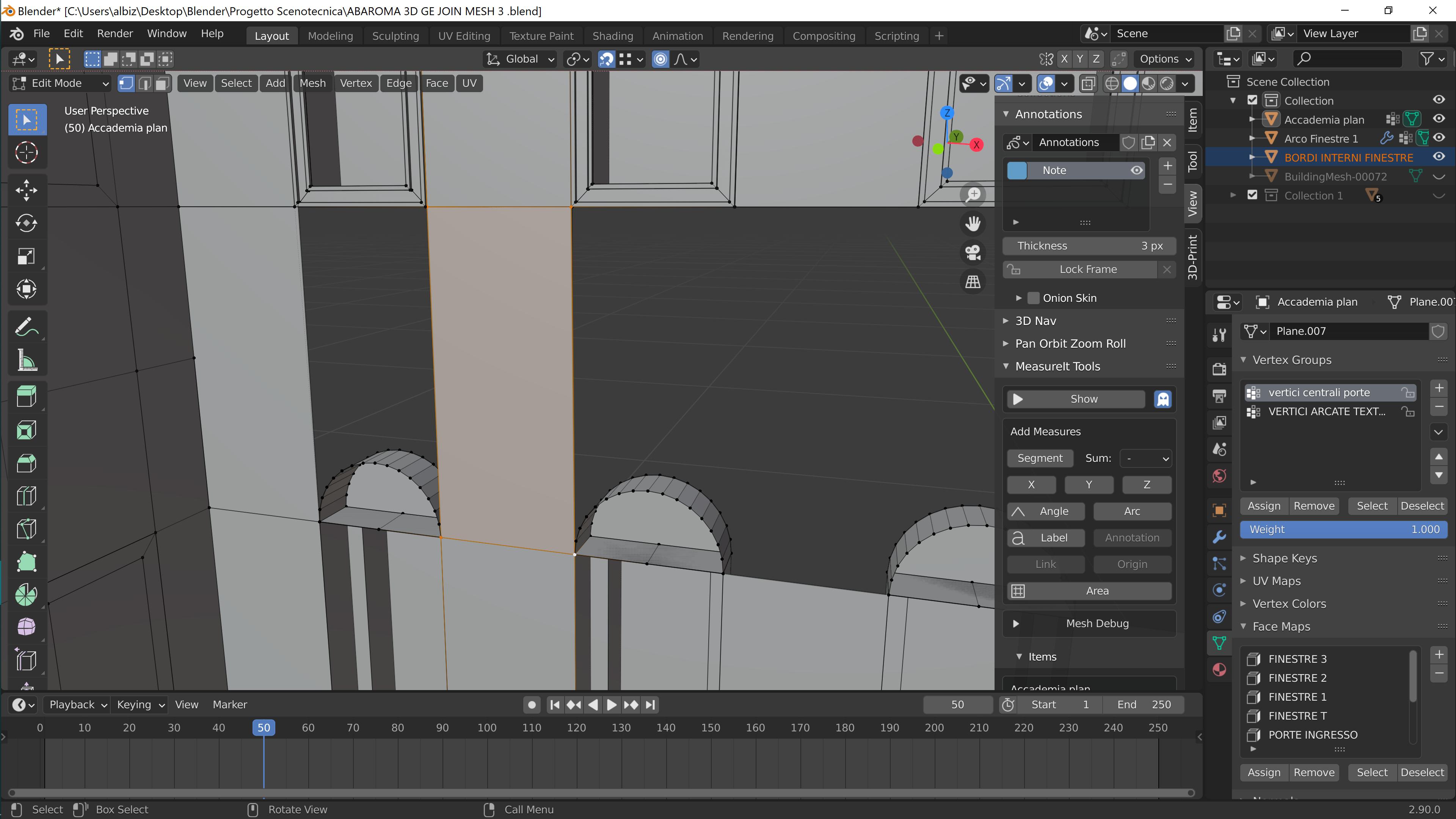 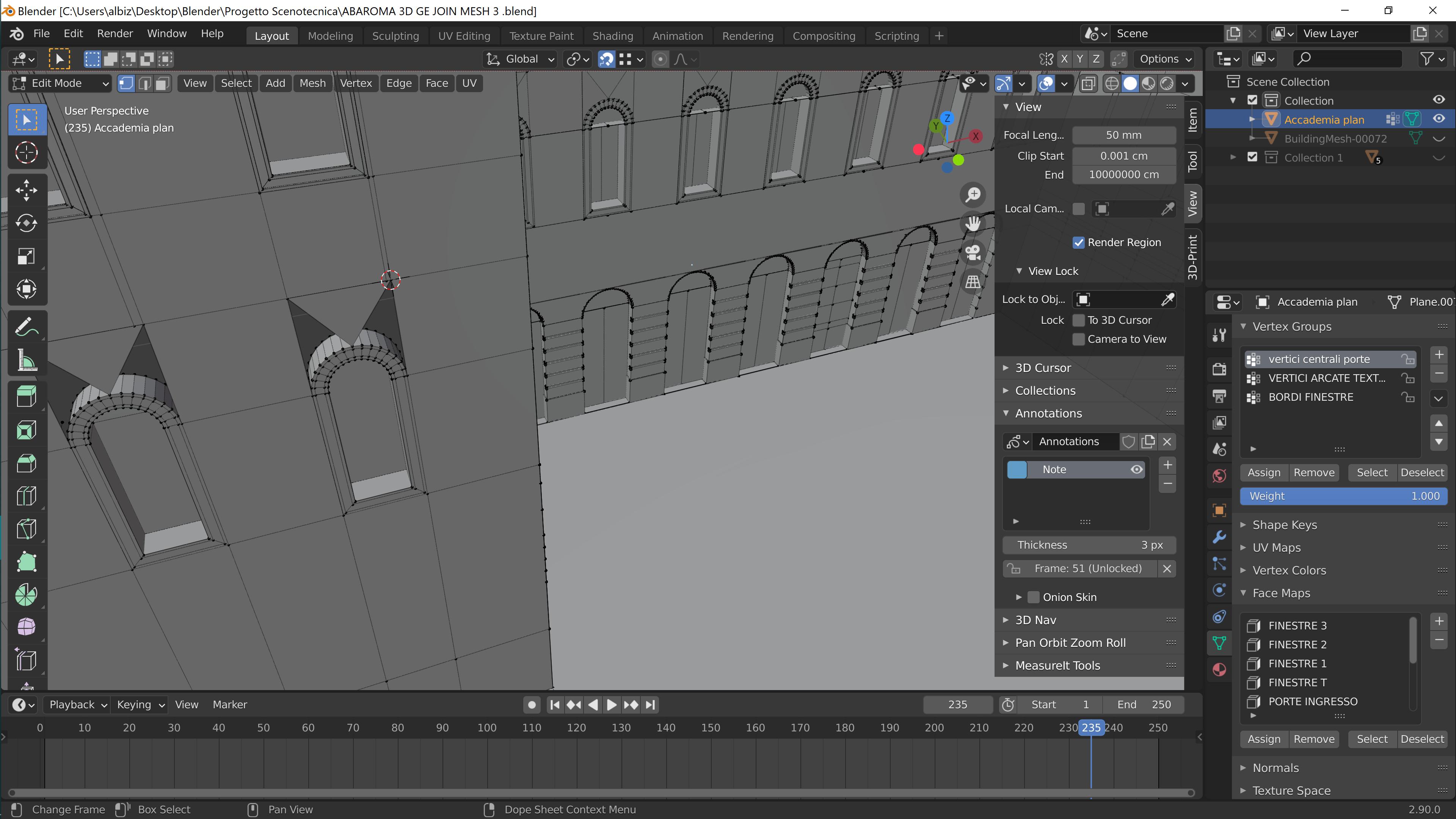 Not sure that responds to your question for some other reason. 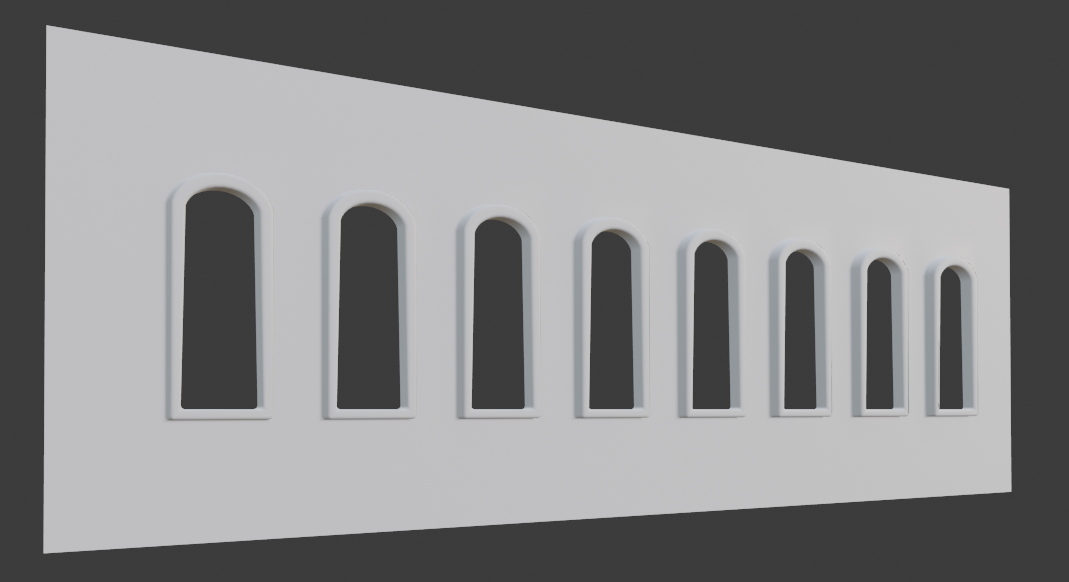 But to keep things simple, you can make a hole in the wall, and place the windows in it as a separated object (you can join them later if needed): 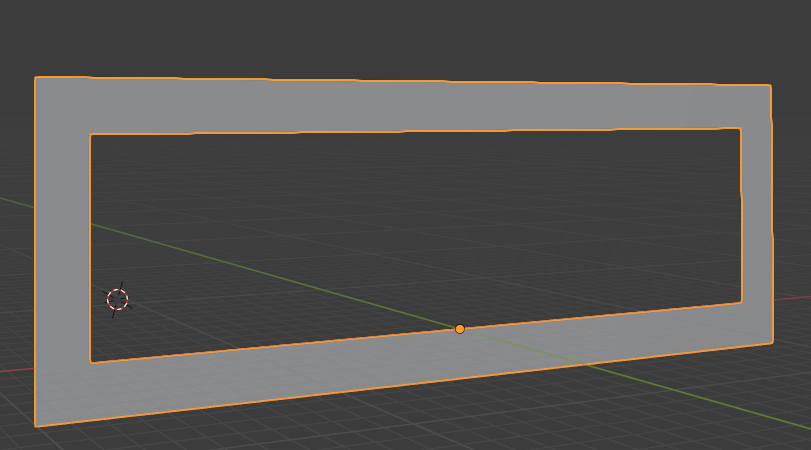 Not the answer you're looking for? Browse other questions tagged modifiers edit-mode workflow or ask your own question.

4
Creating or Altering a Modifier, specifically Boolean
3
How can I create a boolean mesh to replicate the movement of a milling bit?
0
Intersecting a plane with another plane, creating a cut (Boolean/knife project doesn't work)
0
boolean and moving door
0
Weird boolean artifact
1
How can I use a boolean modifier on 2 objects at once?