Long story, bear with me. 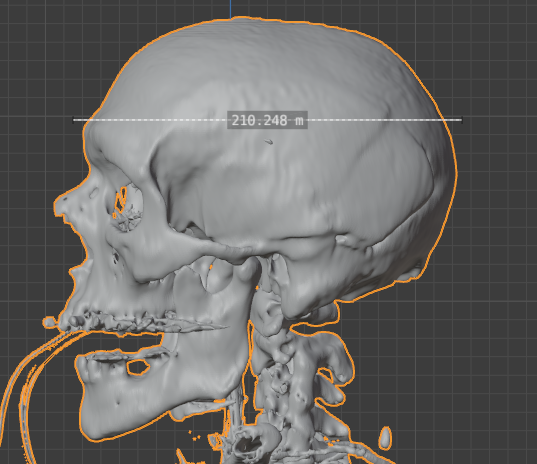 So to summarize: How do I set the units to be more realistic upon import, and how could I get a more realistic surface area measurement for the hole in the skull?

Browse other questions tagged scale measurement or ask your own question.

2
Getting grooves of equal width
1
Measuing an irregular volume from an .stl mesh
3
Ruler disagrees with vertices
0
What are the Measurement Units
3
Getting 0 Volume for object
1
Is there a way to make the scale an actual representation of the measure system (metric) I use?
1
modeling in blender units
0
Convert .3ds to .fbx without losing scale
1
How to stop Blender from rounding numbers?