Set transparency depending on angle to light source

While trying to recreate my windows in Blender, I came up with the problem of making the window shades. They are made of some kind of fabric, such that the Sun will shine trough. I notices, that the amount of light that comes trough depends on the angle between the surface normal and the light source (in this case the sun). For example, in this photograph, see the left side of the inner frame: 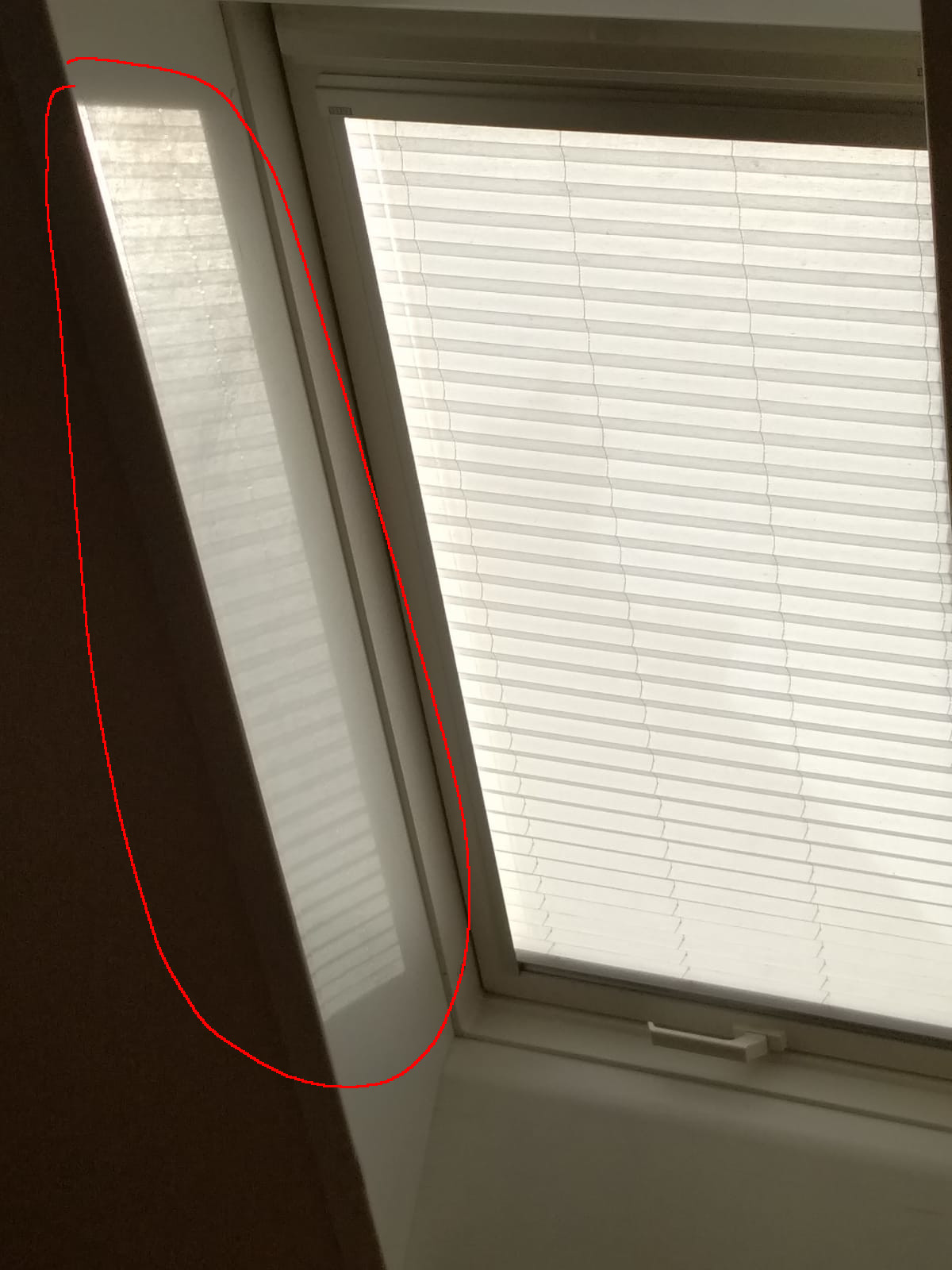 Now, I tried to recreate it in Blender. I tried various material nodes and the best I could come up with was a combination of Translucent, Transparent and Diffuse BSDF, mixed together in some proportion.

This lets the sunlight through, however, it ignores the zig-zag pattern of the window shade. The same amount shines through, no matter how the surface is oriented. This is, what I get rendered in Cycles. 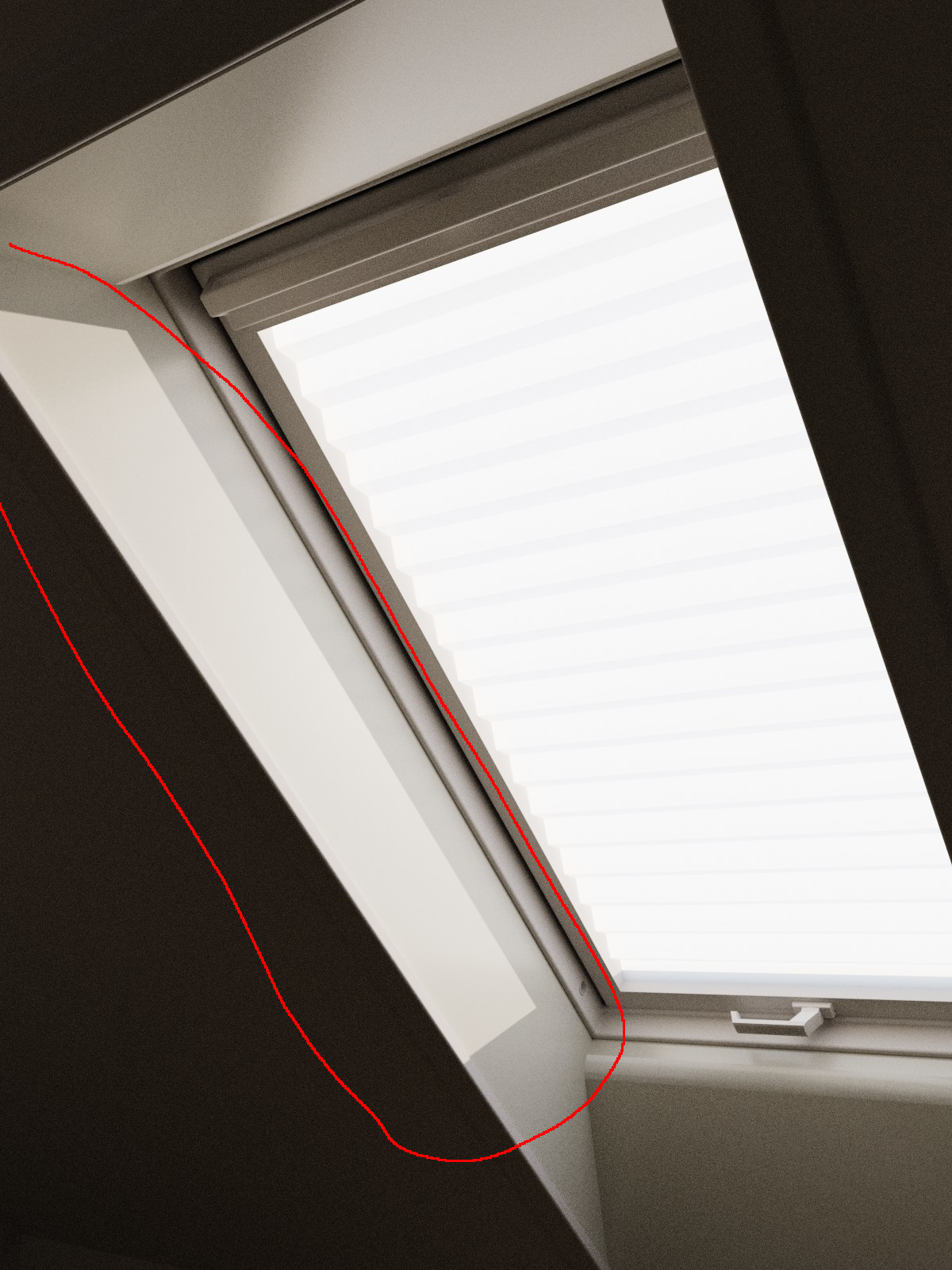 Now, is there a shader or a node setup that works like the Transparent BSDF, but respects the surface normals, such that the amount of light is dependent of the orientation of the surface relative to the sun? Basically: How do I get the "shadow" correctly?

Here is a picture for Illustration :) 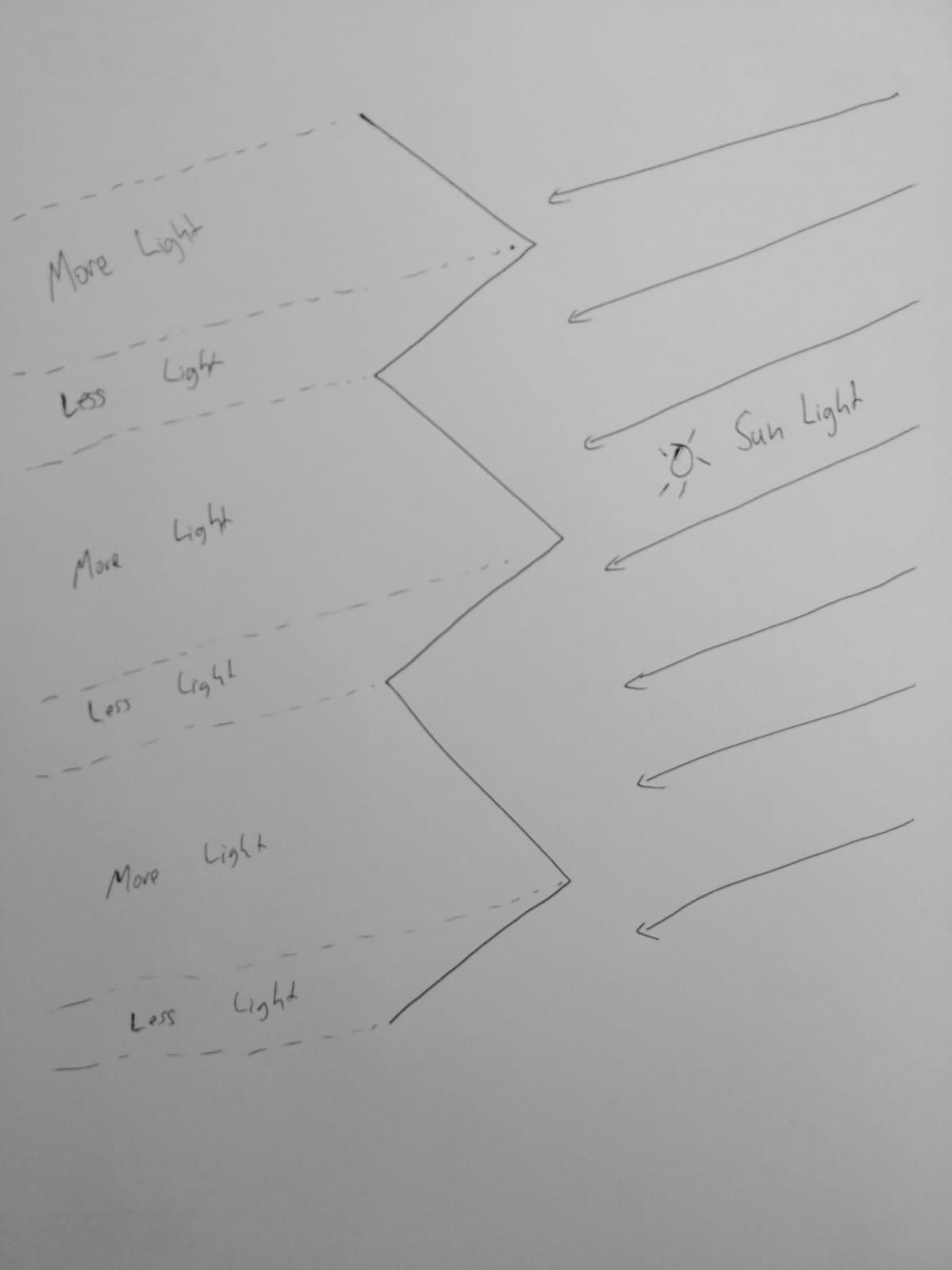 You can get good results by adjusting the Fresnel Value.
It specifies at which angle the surface becomes transparent for incoming light.

Here is what I came up with myself. Just for future reference or until I get a better solution.

I just calculate the transparency using the Sun's position (Taking it as a vector and normalizing it to length 1) and the surface normal vector in a dot product (this gives me the Cosine of the angle) and then inverting it.

To get it mathematically correct, I would have to calculate $1 - \cos(\phi)^2$ and then use the absolute value, but this is sufficient.

This gives me the following result: 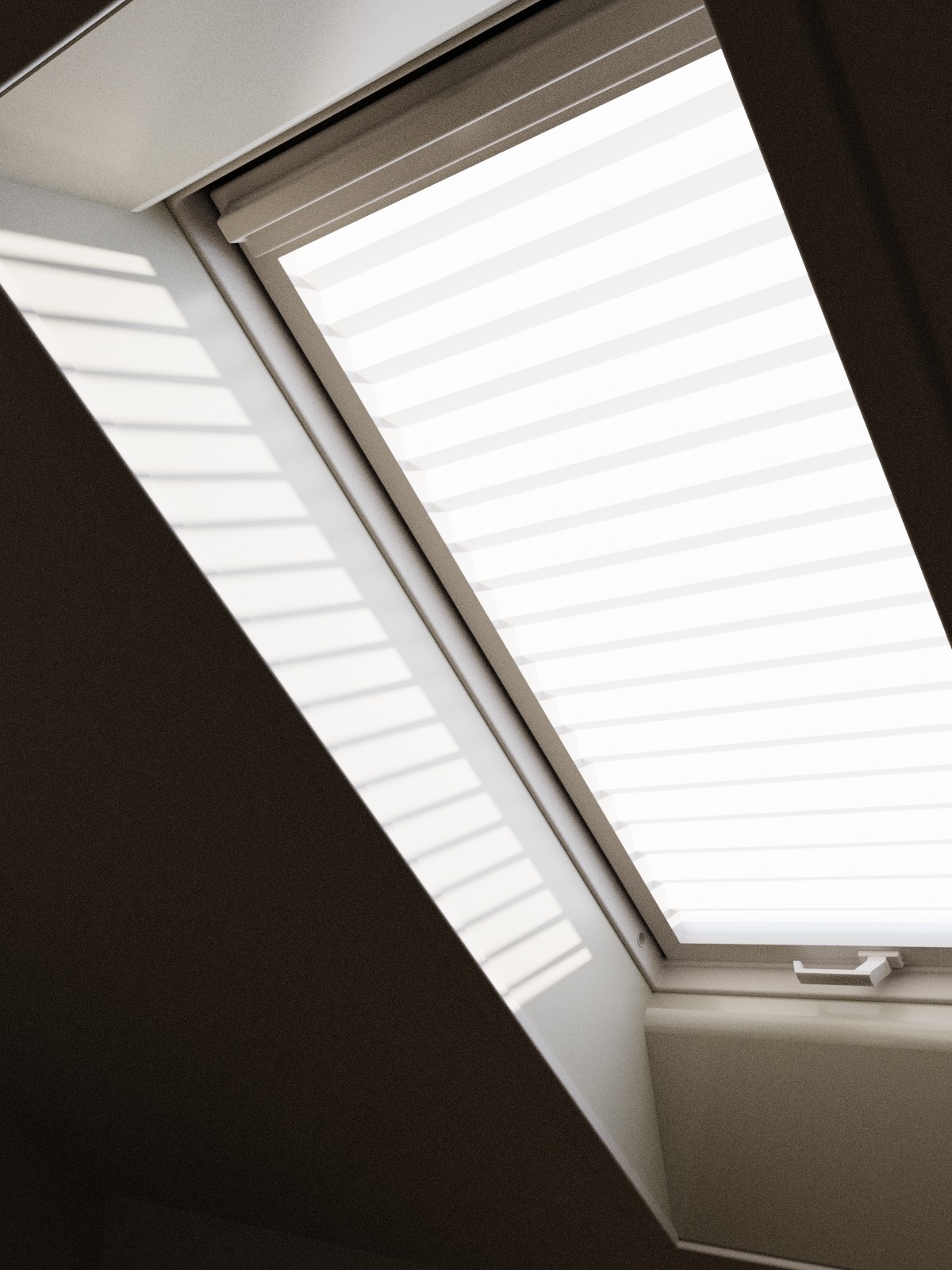 However, I am still not satisfied, because I have to calculate the position of the sun manually, so it's cheating and it stops working when using a HDR map for the environment.

3
how to parent my sun to environment hdri?

3
Dark surface unchanged by light source changes
2
How to check if object is cycles light source?
2
Prevent the light source from appearing in the reflection
0
Eevee vs Cycles on tinted glass
2
Shading faces depending on orientation
1
Glass - How to make visible light source behind (eevee)