So i'm super new to Blender and modelling etc, i'm trying to make an oval race track but want it to be completely smooth. I know how to get the shape of the track and can get the flat oval fine there's no bumps but then when i add the camber/tilt to the oval banking it's just a horrible bumpy mess no matter what resolution I use when converting it from a curve to a mesh. Any help for a newbie? Thanks.

It might be easier to construct your track as a curve, and adjust the camber before converting it to a mesh.

Create 2 curves, one your track path, and another for the road surface. In the path, make sure there are control points at the apex of curves you wil need to camber. 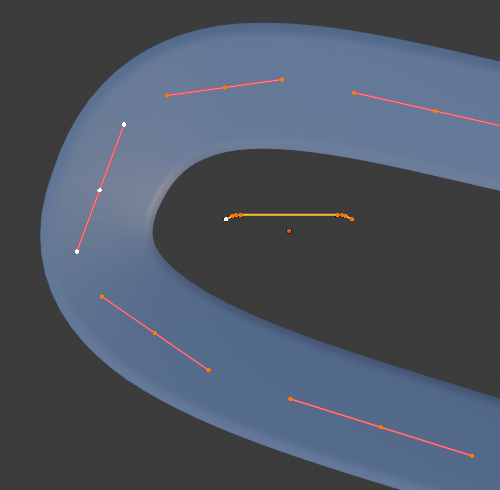 In the path's Data tab, you can adjust assign the road surface as the path's Bevel Object, and the U resolution to give you reasonably smooth curvature (you might want to leave yourself room in the resolution for subdivision,later) 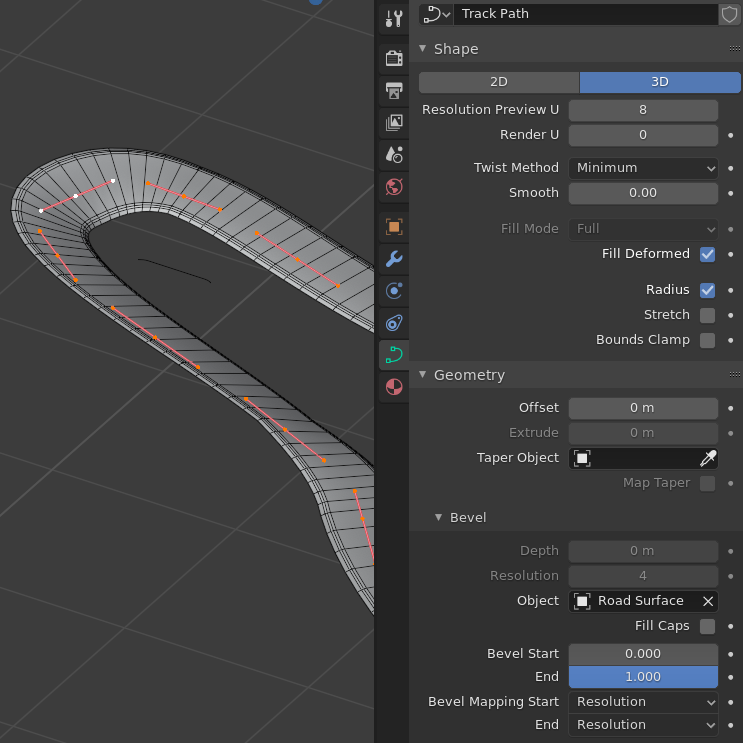 Under proportional editing, you can CtrlT adjust the tilt of the curve at the points you want cambered. You can even AltS adjust the width of the track in places, if you want to. 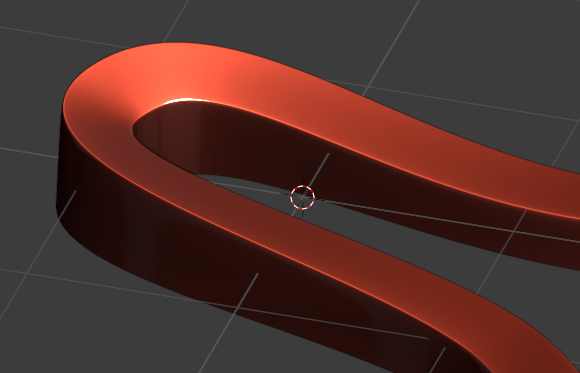 When you're done, you can convert to a mesh, do whatever else you need to, and maybe subdivide for smoothness. Here, the perimeter has been extruded down in Z, for embedding in a landscape, but that would all depend on how you're constructing your scene.

I did find a bug while trialling this answer.. my curve was cyclic, and I had proportional editing set to 'Connected'. The Proportional Edit did not cross over the first-and-last control point on the curve, treating one side as if it was not connected. A get-around would be to split the curve, and rejoin it in a place that doesn't matter so much.

Once you've got your evenly spaced mesh, you can use "proportional editing" the far right gizmo in the center top of your window to "lift" your cambers. Just make sure to "flat shade" your track or it'll look like a squashed snake. 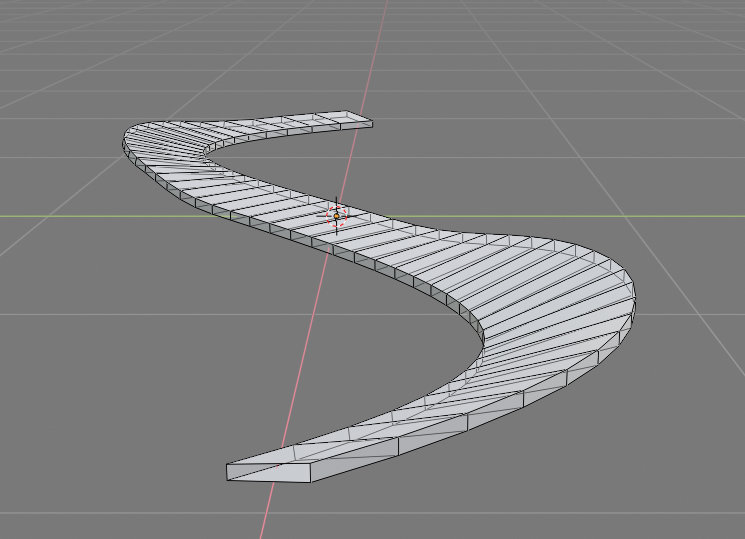 Definitely some pictures would help but it sounds like your mesh is lacking resolution. If your race track is just a plane, I would give it thickness with the solidify modifier, add support edges manually or with the bevel modifier and subdivide the mesh with the subdivision surface modifier.

2
Mesh appears smooth, however it is not?
0
Correctly filling a convex and concave mesh from curves
1
How to make a race track join to terrain
0
Blender Guru Anvil Tutorial Base Problem
1
Create a smooth, well rounded aircraft nose (with a low poly constraint)
3
Approximation of smooth surfaces with polygonal meshes
1
Whats the best way to make smooth waterslide type tracks?