How to know if it's a good or bad retopology?

I retopologized the whole object and I don't really know if it's good or bad. In places it's very dense and in other's it's not so much. Here I am leaving some pictures of my retopoed mesh. I need some suggestions about what I should do to make this retopology usable 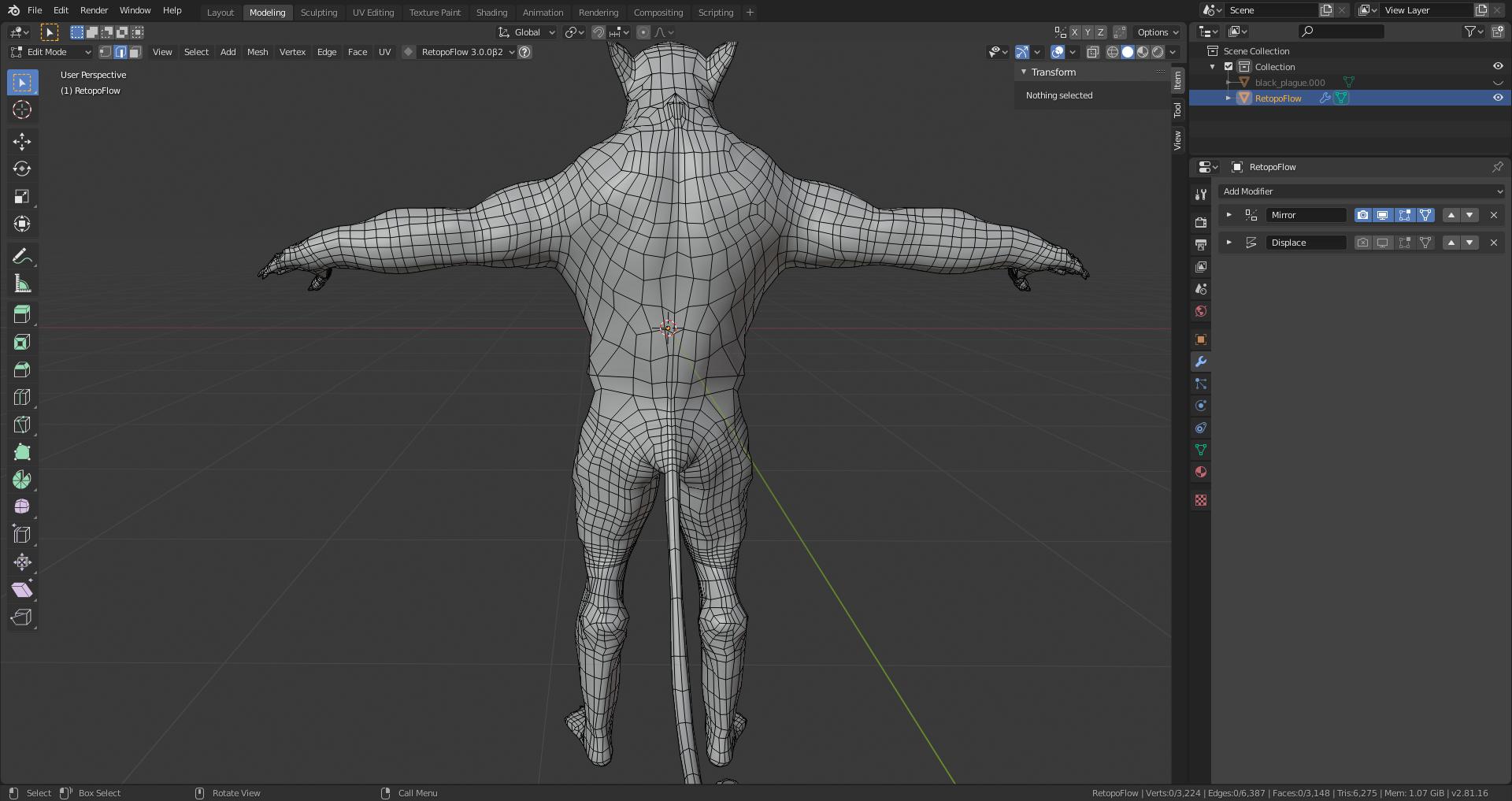 these areas will deform a bit while running and jumping should I increase edgeloops here? 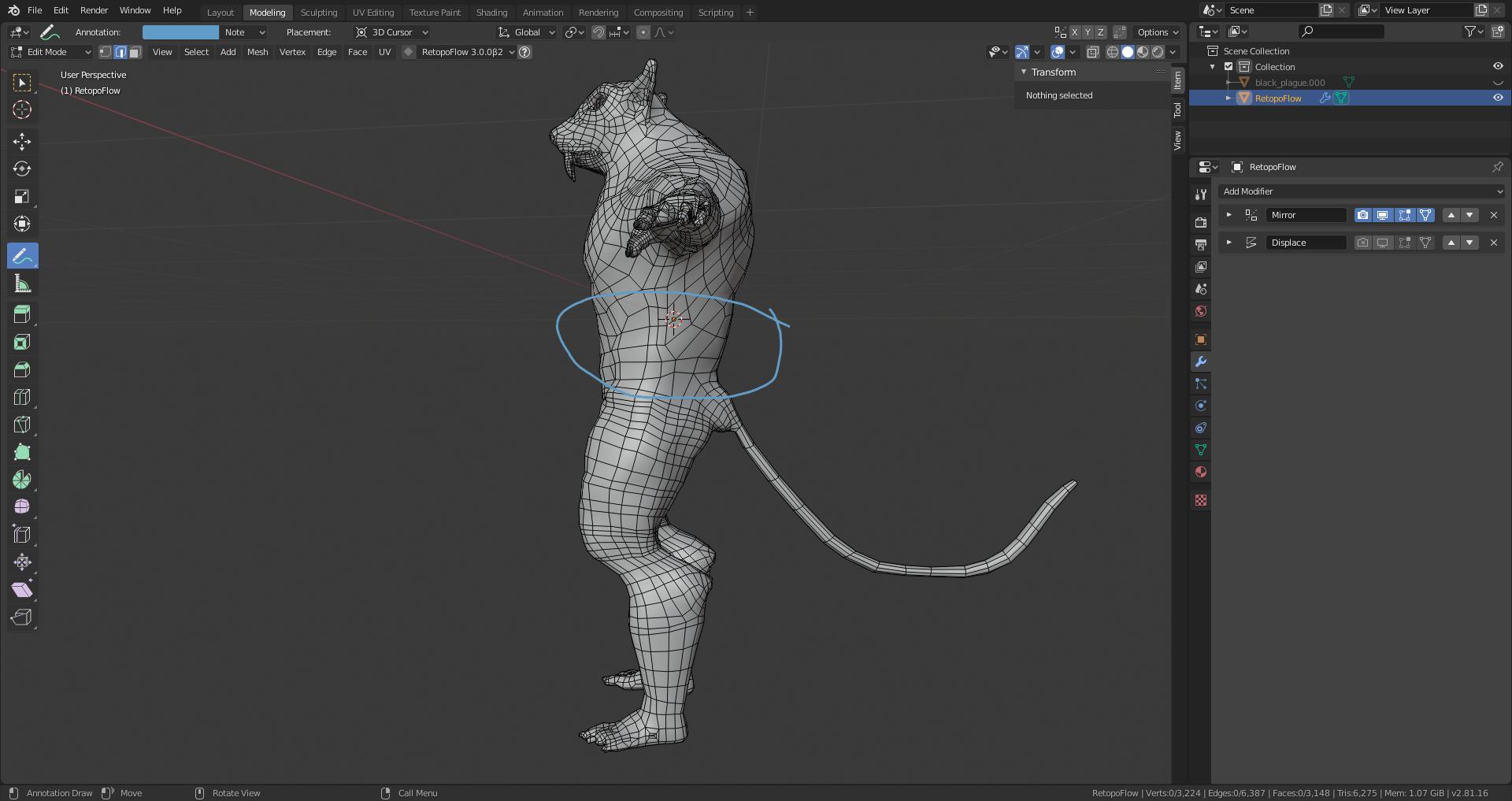 you topology seems good, but i recommend to smooth/relax some of those edge loops in the back/shoulder, and additionally you can improve a bit the shoulder edge flow like this, also a add more captures of the head and other areas if you can... remove some unnecesary edge loops in some areas can help too, addtionaly when you rig this check the preserve volume option in the armature modifier, and add a smooth corrective modifier below with the default setting should be fine, and then also add 1 level of sub-div modifier below of that one, then it should be fine for animation, also remember to avoid 6 vert poles in your model, also the model has to be all quad based as possible (you can leave a few triangulates in some areas, the subdiv modifier will erase it) to use the subdiv properly 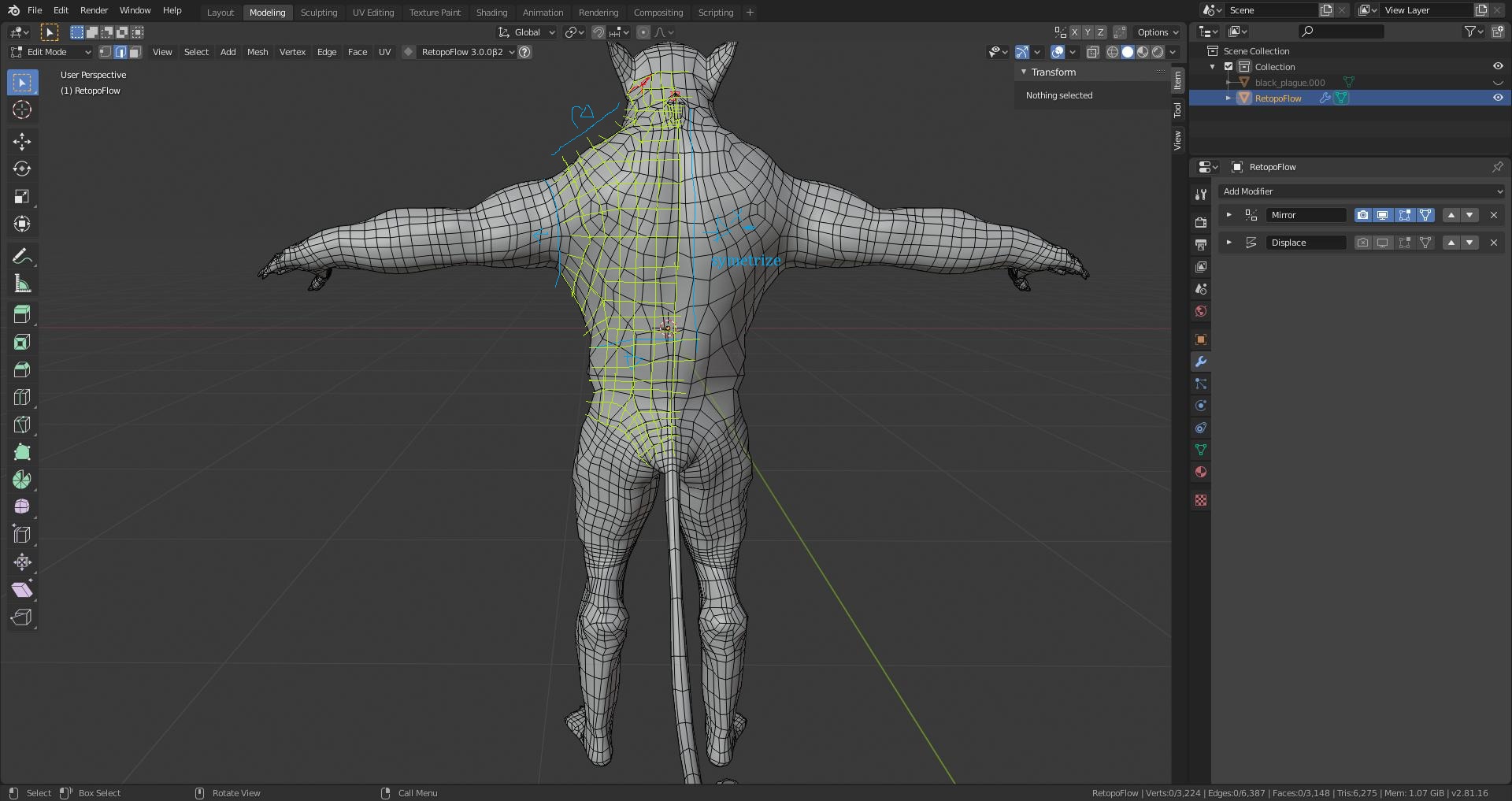 In my opinion, for example for the back, there is no anatomic or logical or topological reason for the current edges disorder, the human torso is a kind of cylinder, so the edge loops should follow the shape in a much more logical way, like that (nota bene: it's not a detailed drawing of what the topology is supposed to be, just a rough description of a better edge loop flow): 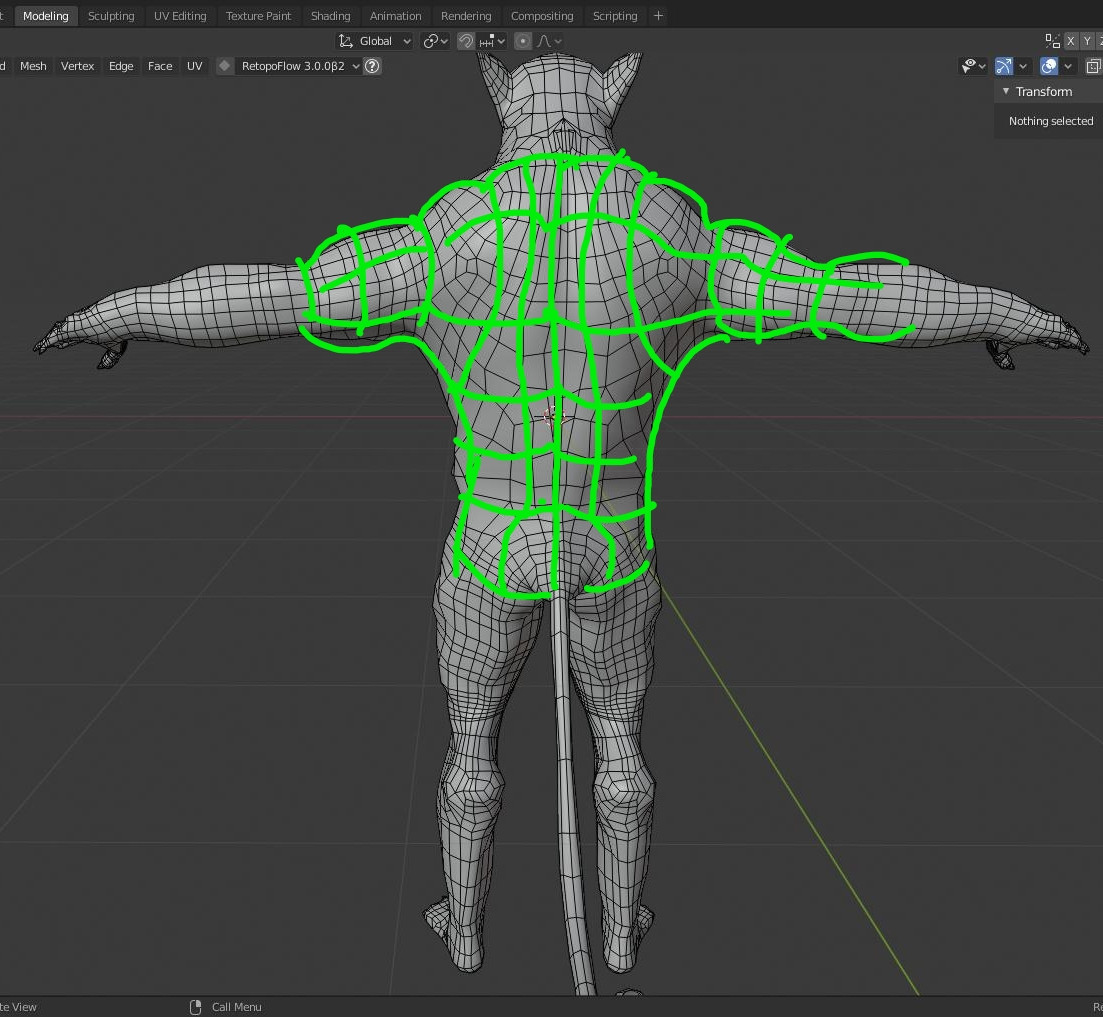 The main advantage is that it will be much easier to rework or to give additional edge loops if you need to. Also, as Susu says, it's important to have good topology for animation because the mesh will need to deform properly.

The second thing is that I doubt all your edge loops are useful, for example here: 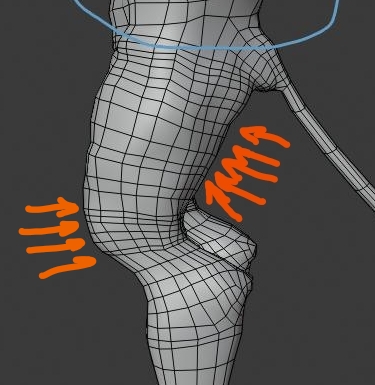 An easy way to know is that if you ever dissolve an edge loop and it has absolutely no effect on the object appearance, it means that this edge loop was unnecessary. For the knees and all the joints though, you'll need a bit more density because it will need to bend properly during animation.

As for the density in general, I don't think that it's a problem to have various densities as long as it is justified, the face for example will need a much more dense topology than the thigh.

Not the answer you're looking for? Browse other questions tagged retopology or ask your own question.