First, let me emphasize that I'm only a week or so old in Blender. My knowledge is very little in the realm of 3D modelling. Anyway,

I took a Vroid model and deleted a few limbs off of it. I then replaced the limbs with custom-created models meant to imitate prosthetic limbs.

When rigging the limbs with the skeleton, some of the objects became paired to the body's mesh and not the body's skeleton.

You can see which part is the ones I made. They're attached to the mesh, unlike the leg on the left. 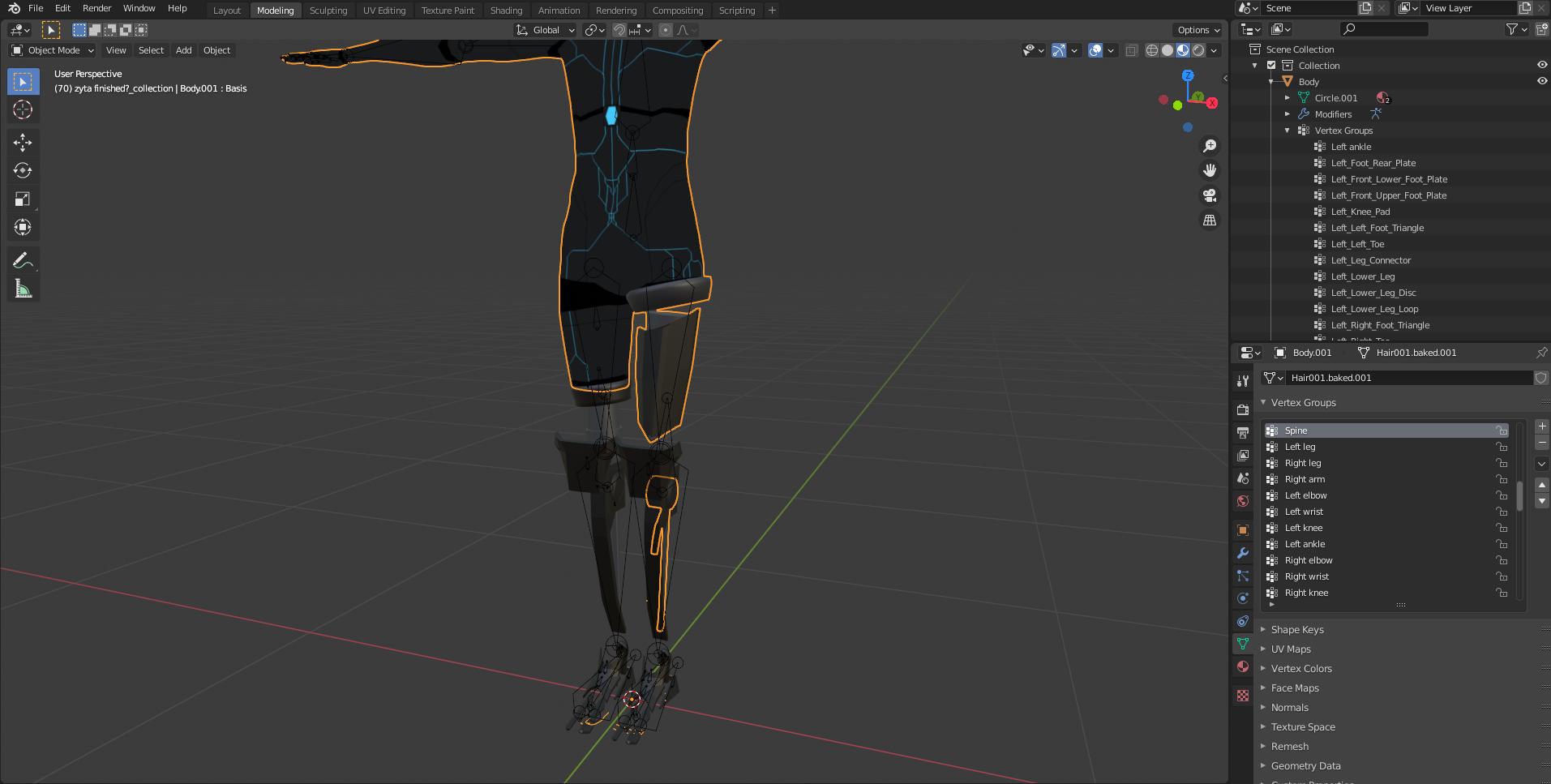 This is the outline of the leg I correctly placed in -- connected to the skeleton. 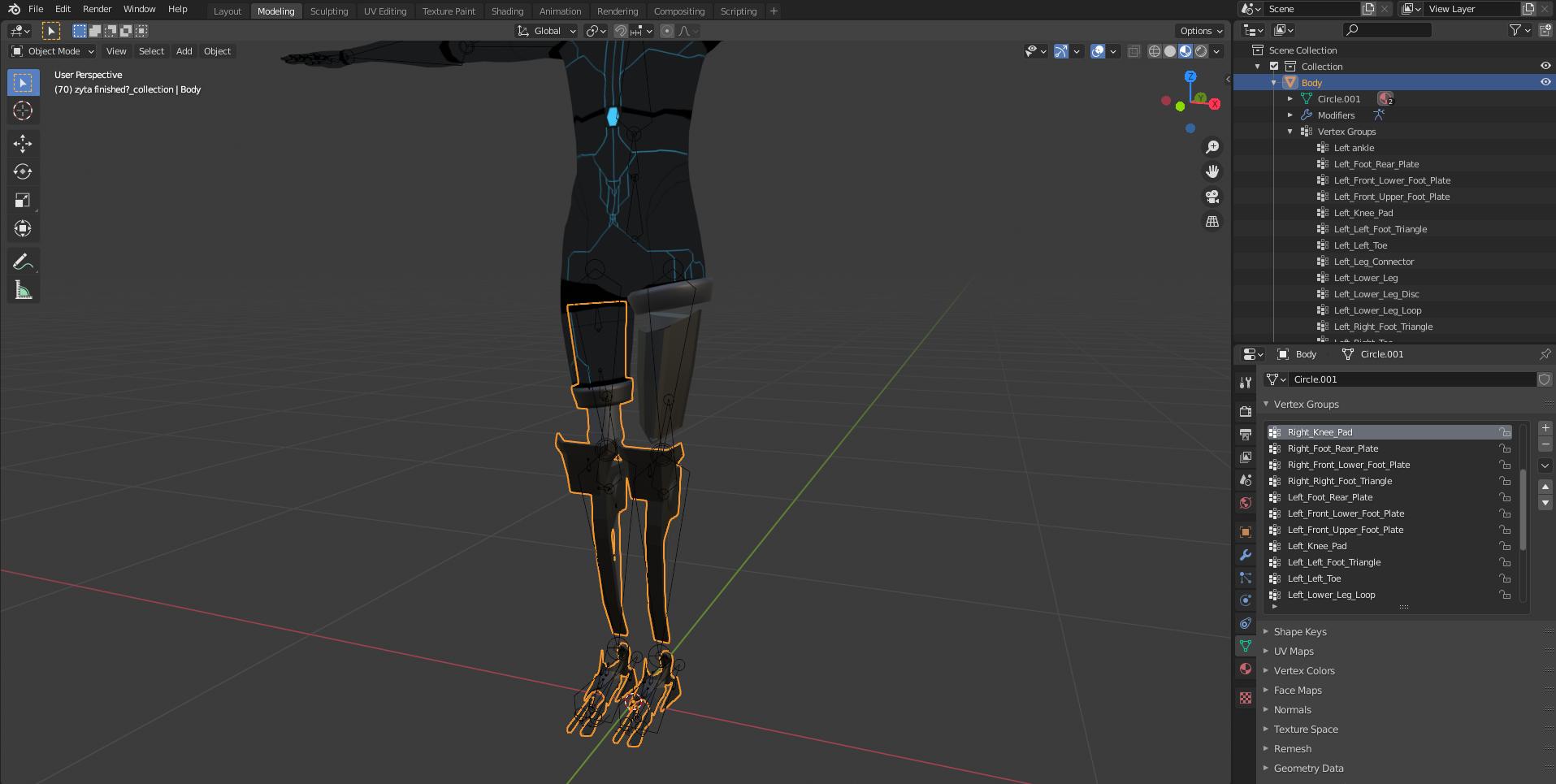 I've tried just about every way I can to get rid of this.

I tried to see if I accidentally parented it to the body mesh, but after spamming alt+P several times and selecting the various 3 ways to unparent something, it didn't work.

But I select the model again and the objects are highlighted, like I didn't do anything. The objects are still attached to the mesh and now I can't find them anywhere in the Scene Collection.

I also tried outright deleting them, but they're paired with the model, remember? If one goes, the rest goes with it. Deleting the wrongly-rigged object will delete the entire model with it (bones not included for some reason).

These are the bones of the model, with the models I created bound to them. See how the left knee bone has less bones attached to it compared to the right knee? 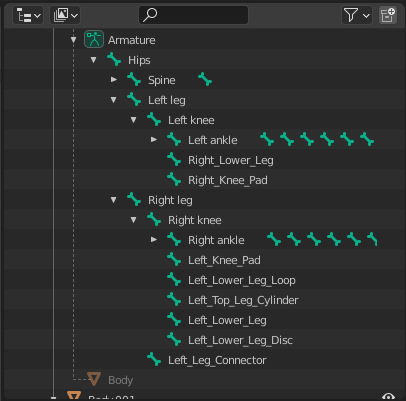 These are the vertex groups for the model. They're grouped by letter, so that means that anything attached to the mesh that begins with R would be here... but it's not. I can't find it and I also can't take it off of the mesh. 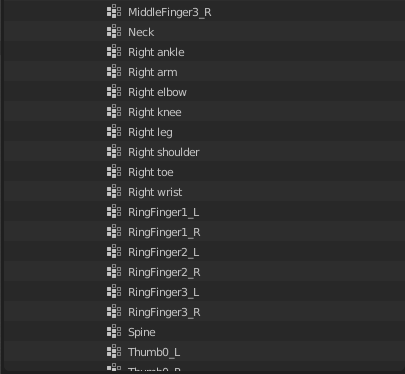 I can't progress any further like this, I need the limbs to function properly! Is there any way to fix this?

Browse other questions tagged rigging bones parent vertex-groups or ask your own question.

1
Add weight to all vertex groups on an object?
0
Creating models from vertex groups
0
What are my options for automatically filling in a missing vertex weight group?
0
Can't Remove/Detatch Bones/Modifier/Vertex Group
0
Armature rotates both sides of mirrored mesh
0
Cannot assign vertex group to eye bone in rigify rig