I know that the content of text can be registered through a user-defined function and entered in the Expressions box. But how can I use text as a data block for variables, as shown in the image? Blender's UI allows such manipulation, so I just wondered how to use it. 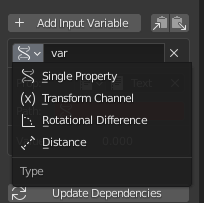 but when I checked my text through bpy.data.texts['Text'].keys(), by default, the text did not have any properties. 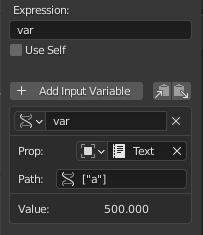 And it worked but I do not think it's a very useful use. 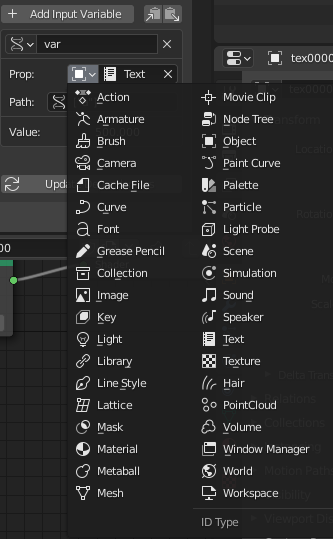 If you know any good ideas or examples, please share them with me. Thank you.

Make a test driver script to see what works what doesn't.

Using textblock as a driver variable target was going to be an other suggestion re your question on bringing in a text datablock when linking.

Speculatively at issue here is drivers use evaluated scene objects, and text objects don't get evaluated... a custom prop may not update in the driver if animated.

Now set up a driver and test the test. 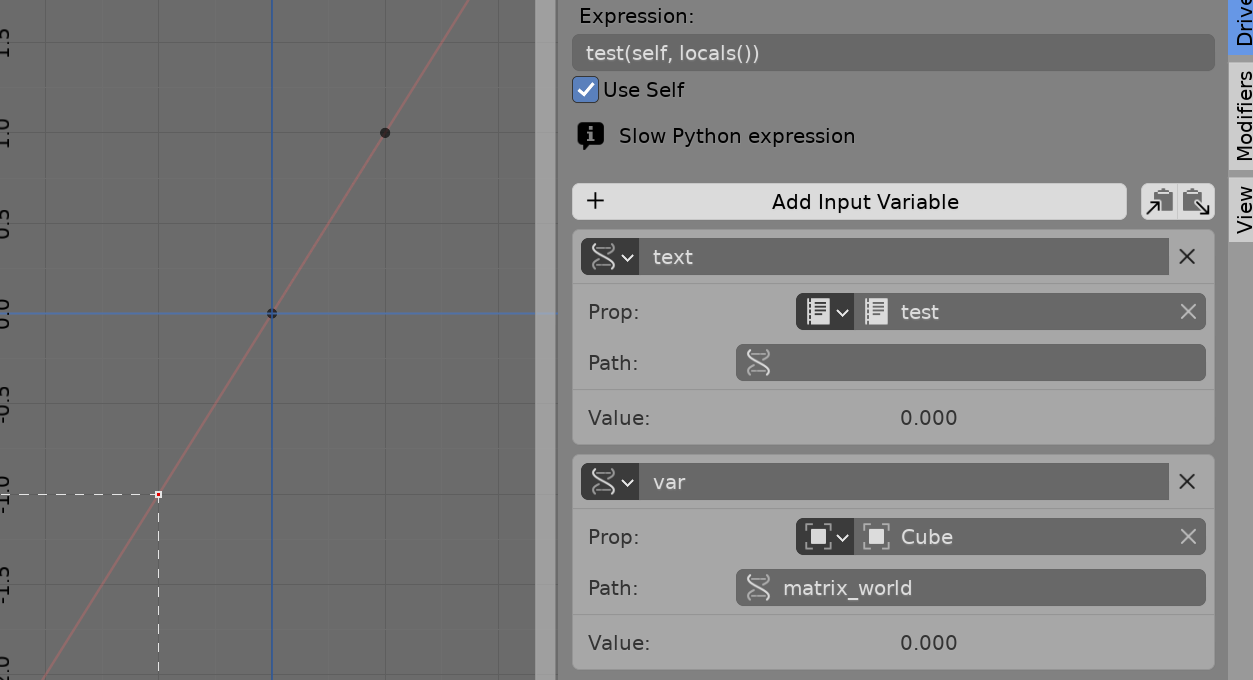 The driver is on object "Circle", the text object evaluates to None as do most. However the matrix world of the cube object is passed. As is the depsgraph the driver is using to evaluate the objects.

Adding a rotate driver on cube, the console shows updates the values for both viewing and rendering animation

Now from the matrix world it appears we have all the transforms of the Cube object in our driver in one fell swoop.

The ideology of a driver is to return an int or float as the value of the driven property. Will find however can make this driver a "pseudo" copy transform constraint by adding before the return statement and re-running driver.

which using better names is self.matrix_world = cube.matrix_world If say the x location is being driven by this, then it is given that value and all others are taken from the matrix world.. This is abuse of the driver system .. but hey it's fun.

This one adds drivers to drive material index of each face of a mesh https://blender.stackexchange.com/a/183716/15543

Not the answer you're looking for? Browse other questions tagged drivers data-blocks or ask your own question.

11
How can a blender driver python script access scene properties like FPS?
6
How can I use a driver for multiple objects?
3
Use an object as a Driver variable
3
Polygon Material_index Animation
2
Turn on rigid body by means of distance
2
Bone driver on X location not working

4
Get object data for previous frame in driver?
0
How to link different parts of data blocks?
0
Multiple variables in Driver Scripted Epxression
2
How to Track Users of Data Blocks?
0
combination of several variables in driver
0
Deleting Particle Settings Data Blocks
3
Data path for driver: secret of 'node_tree.'
3
How to apply driver based on geometry-node-generated coordinates