Cycles: image rendered with zero light, why pixel value is 11 instead of 0?

I am fairly new to Blender, trying to do some simulations of a camera system using Cycles.

I have a simple scene with a plane, a camera and a point light. With a Python script, I vary the light intensity from 0 to a lot of Watts, I render a small image and I look at the numerical value of the central pixel.

When I save the output as EXR, I obtain a linear relationship between the lamp power and the pixel value (which, by the way, seems to be radiance in W/(m2*sr), see EXR output units). The result is illustrated in the following picture: 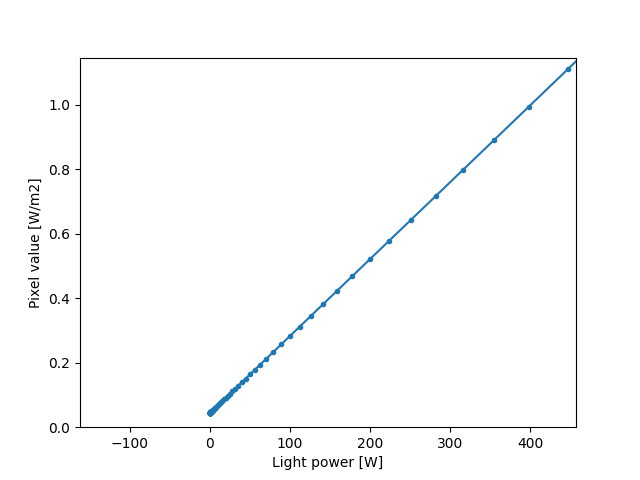 Notice how 0-intensity light produces a small non-zero value. The exact value is 0.0438.

Also, if I save the output as a PNG file, I manage to obtain an almost linear response, by setting the following Color Management properties:

(Note: with other values, in particular for 'display device' and 'sequencer', I get a nonlinear response, as if gamma compression was being applied).

The result is the following: 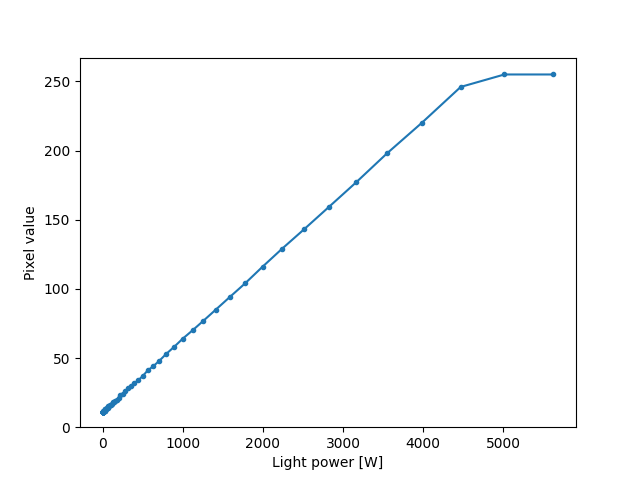 As expected, values saturate to 255 for high light power, but for 0W power we get a pixel value of 11, even though the EXR radiance value is 0: 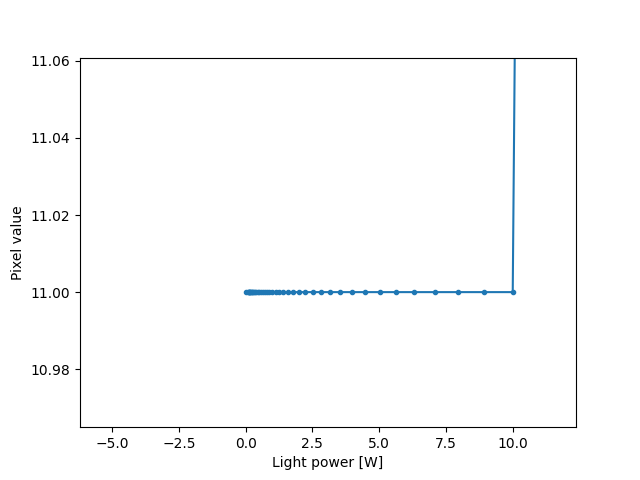 So, the question is: what could be the cause of this and how to get a linear response, that is, constant slope and pixel value equal to 0 for 0 light power?

A possibility I thought of is that there is somehow another source of light, but I have only put one light in the scene.

So you're right: there is "Somehow, another source of light" in your scene.

21
Why can't cycles cast one ray per image pixel, instead of rendering progressively to infinity?
118
Render with a wider dynamic range in cycles to produce photorealistic looking images
10
How does Blender lights work in Cycles regarding intensity?
1
Uninterpretablity in depth maps: why the pixel values do not necessarily represent a valid distance?
2
point light strength in cycles renderer
2
Rendered Normals color getting distorted?
2
EXR output units