How to reproduce the Bump Node?

Is it possible to reproduce this node procedurally? 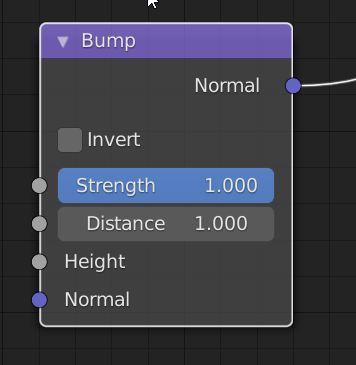 I would like to learn more about how Blender nodes work, I'm doing a lot of research and I'm very curious about this node, including the "Normal Map" node

Is it something very complicated?

I do a little edit of the question to be more specific. I'm trying to figure out how to reproduce this node while avoiding the use of this node. I don't know if it's possible, but in blender inside nodes almost everything appears possible

A bump node is not possible to reproduce via component nodes. The reason for this is that a bump node doesn't just lookup the bump value of the sample being evaluated, but the bump values of adjacent samples, in order to generate a slope for the sample, which then gets translated into rotation of the normal. That hard part is, how far should those adjacent lookups be? You can't look by just shifting 1 UV pixel, because that could be a huge distance or a tiny distance, depending on distance, FOV, and on UV scale. (Not to mention filtering.) You need to figure out how far to look, and doing that requires something like screen space derivatives (which are probably used for Eevee, but Cycles probably does something different) to see how much UV changes with respect to world position.

However, even though these can't be recreated using only Blender's nodes, there exist plenty of environments where you can play with exactly how bump mapping works. If you're interested in this kind of stuff, Unity is a great place to learn about (rasterizer) rendering, and there are plenty of public shaders available to study.

Normal mapping is a little bit different, because it doesn't require any screen space derivatives (except to determine the UV tangent, if you aren't providing that as vertex data, but Blender kindly provides you a tangent node, so you don't have to worry about that.) The basic way that it works is by rotating the normal toward or away from the tangent on the basis of + or - red, and toward or away from the binormal (a unit vector perpendicular to both the tangent and the "raw" normal) on the basis of + or - green. (What is minus green? The colors of a normal map are actually remapped unit vectors, which exist in the -1 to 1 space for all channels, remapped into the 0 to 1 space so they'll fit in typical image formats. That's why the base color of a tangent space normal map is that lilac: 0.5,0.5 red green actually maps to 0,0 x,y, and the 1.0 blue maps to 1.0 z.)

Object space normal maps are extremely simple-- you can just remap these to -1,1 space and vector transform from object to world.

Should be said, there's nothing to gain from recreating any of these in nodes, except understanding, and that understanding could be gained much more easily by reading shaders that implement bump mapping.

12
How to handle creating a node group in a script?
14
Suspended particles inside a material (procedural)
8
Do nodes in EEVEE work the same as in Cycles?
1
procedural texture randomises its position every frame of animation
0
Material node inputs won't let me change values in Blender 2.80 beta
2
Menu in the node editor is different than the one on the tutorial I'm trying to follow
3
How to emulate MixRGB (Mix) with math node for Grayscale?
2
Is it possible to change sRGB/Non-Color color space procedurally?