I am trying to show a sphere with a trail, like the one shown in the image. I have tried using keyframes and moving the object from one point to another, and then enabling motion blur. This is not giving the desired effect. Any advice on how to achieve enter image description here this effect? 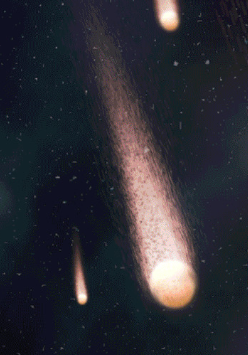 With current experimental build 2.91 you can base this on Volume Object. 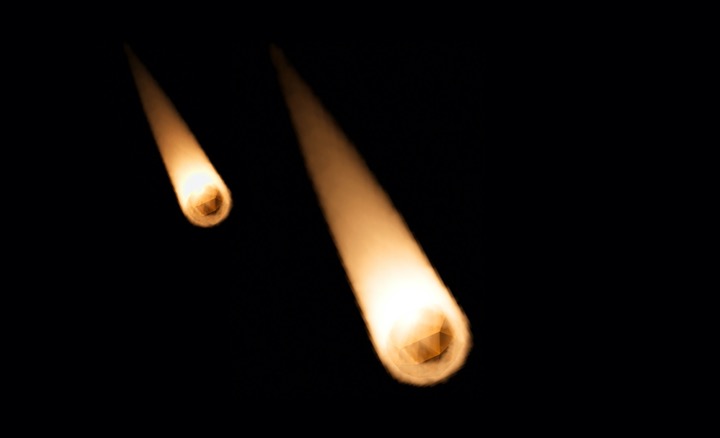 With second modifier Volume Displace you can use texture to distort. Here is a few examples of Cloud texture (variations in texture properties level). 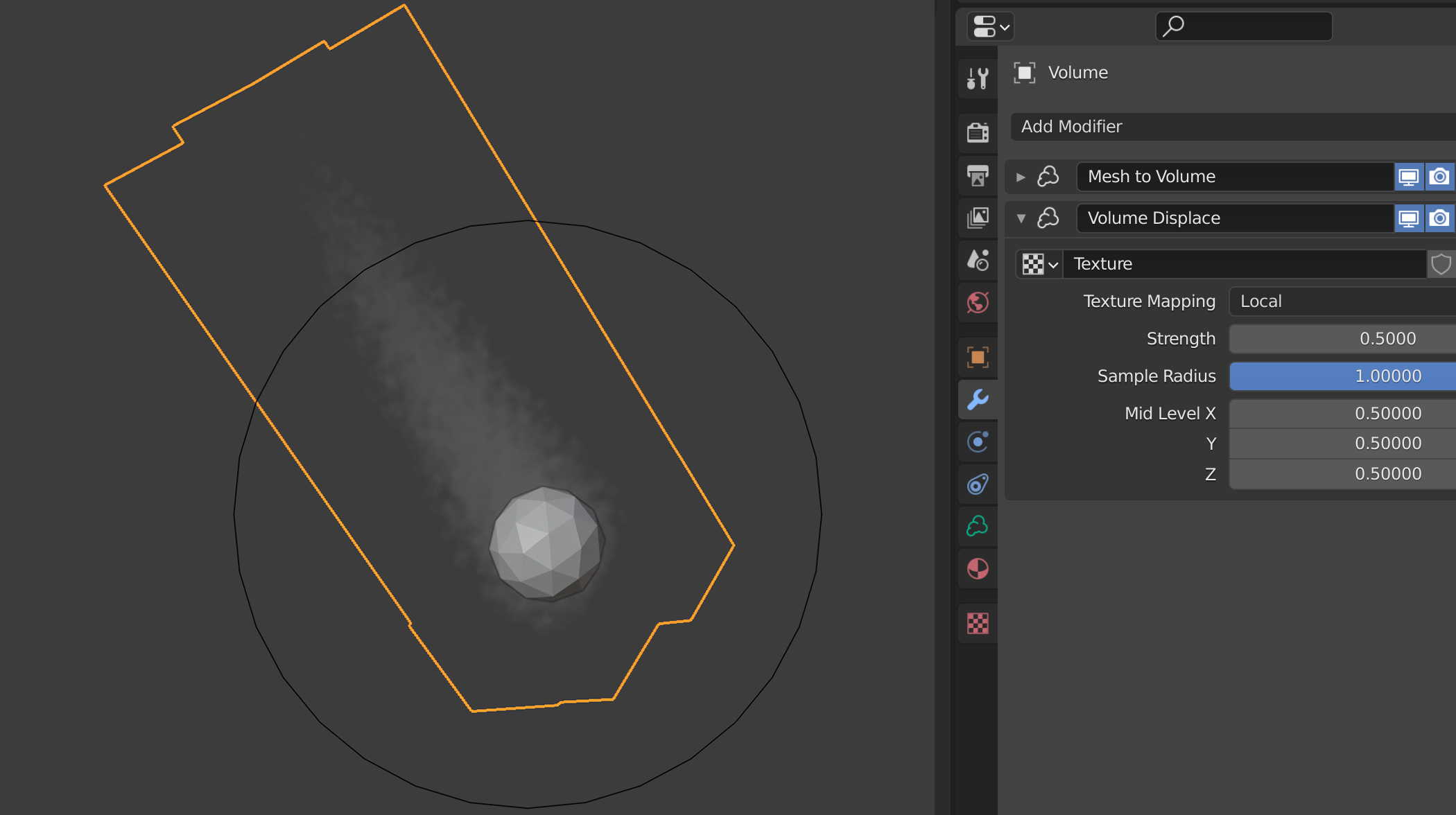 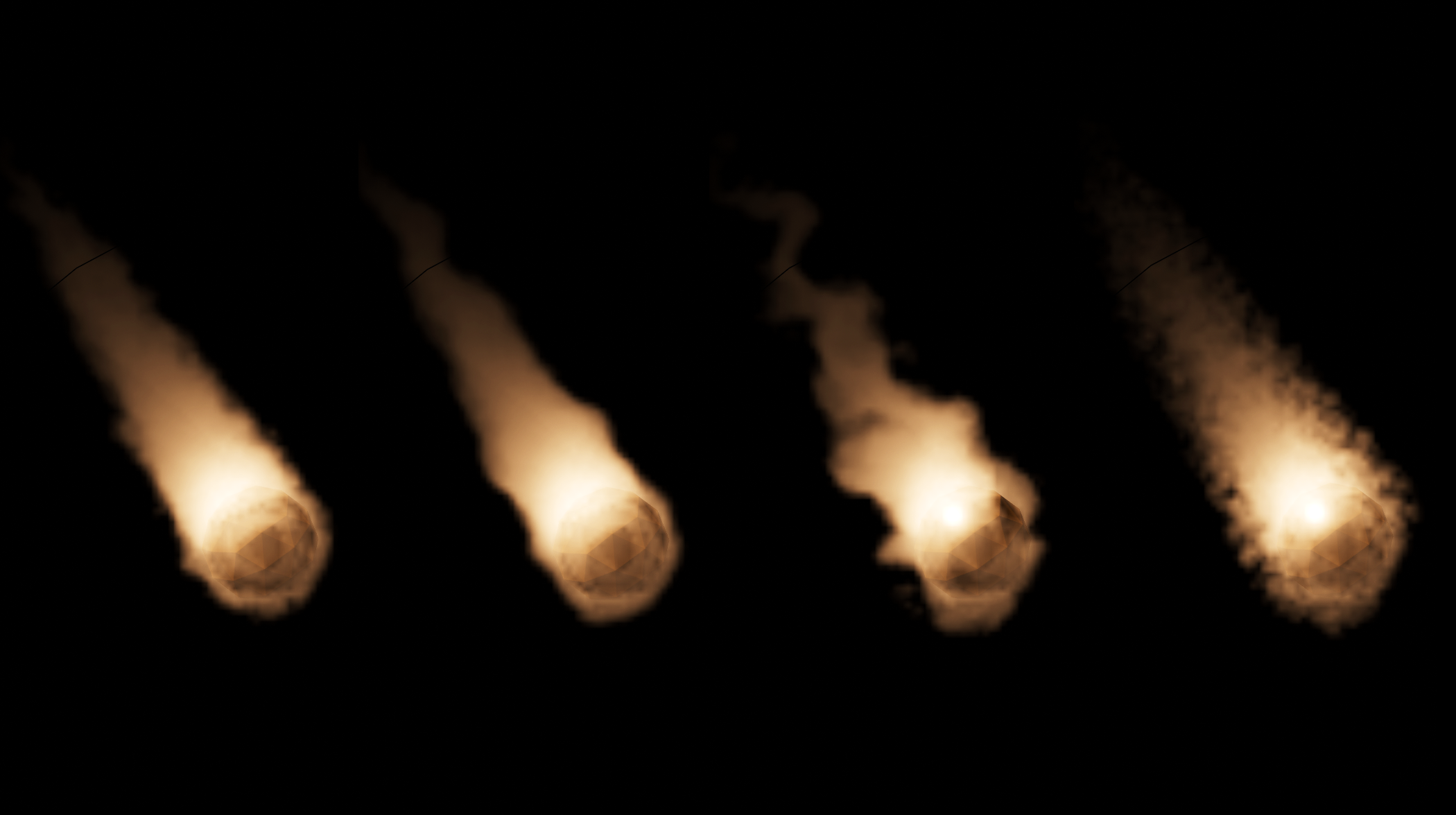 Since I don't see an option to animate Texture position (for now) for Volume Displace modifier, here is a basic node material ...

With additional Curve modifier (for mesh Trail) or Wiggle bones you would be able to animate motion in more natural way (like a flame moved from one place to another).

You can do it with particles: 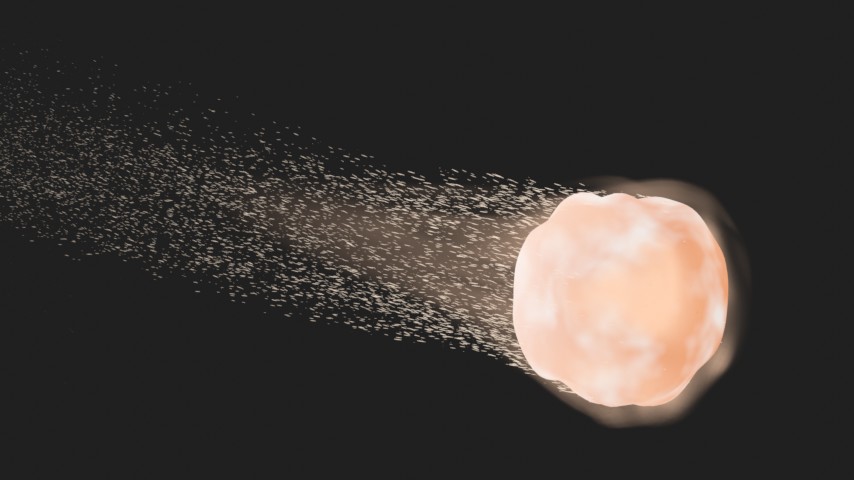 6
Trail particles ending in a point?
2
Particles with motion trails
1
Atmospheric Trail
1
How to reproduce this kind of bright effect animate on Blender?
1
eevee smoke/volume not being occluded
0
Does anyone know how to make an atmospheric re-entry smoke that looks like air trail?

1
Animating the camera's focus during a render with motion blur
14
How do I achieve a particle trail effect?
1
In single image render trail of moving objects
2
Motion blur for fluid sim particles (Cycles)?
2
Why doesn't the shutter speed have any effect on image brightness?
1
Motion blur samples limit too low for a long exposure effect?
3
Glowing Light Trail - Eevee