Model flies away from origin in edit mode, animation, etc

I have a rigged model (Genesis8Male.001, imported from Daz Studio, if that makes any difference). I've been adjusting the bones in the arms to try and fix an issue with the way the body mesh (Genesis8Male.Shape.003) is deforming during animation. I've been trying this out for a while on different models, all of which have experienced this origin problem. With Genesis8Male.001, it moves from its origin when I'm in different modes. Ex. when I select the armature and enter Edit Mode, the entire model moves to Y=30. The same happens with Genesis8Male.002 when you select the mesh and enter Edit Mode, it moves backwards.

First I applied all transformations. At the beginning, this helped, but obviously wasn't a permanent solution. Then I tried reassigning the origins. When "Origin to Geometry" is selected, the origin will jump far away from the model. If I tab into Edit Mode, the model will jump to that origin. If I go back to Edit Mode, select "Origin to 3D Cursor" (in this case 0,0,0), the origin will change, but if I then tab into Edit Mode, it again jumps to the same location as before. For some models this is only an issue with the armature; for others with the mesh itself. 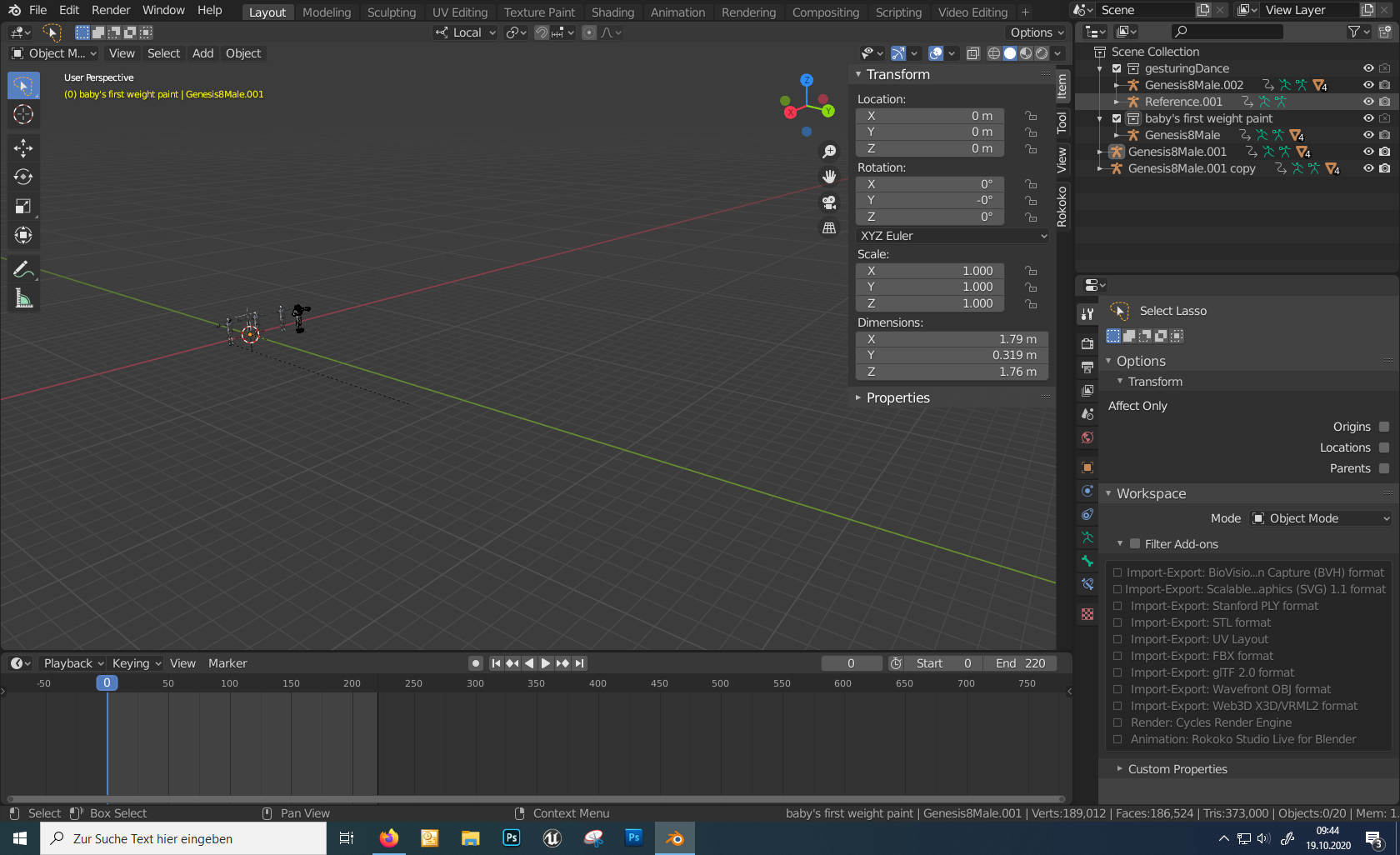 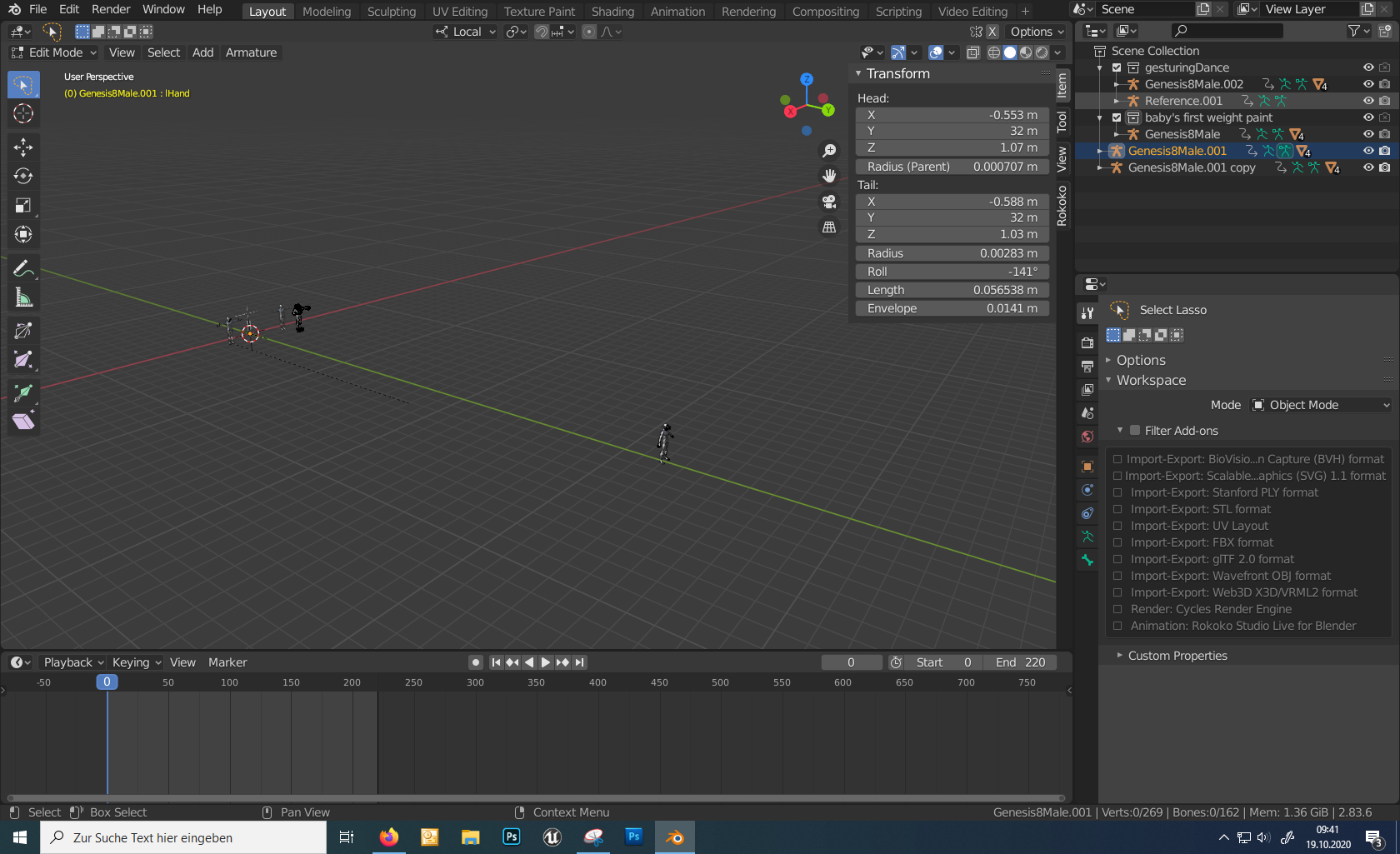 If I move the armature back to where it should be and return to Object Mode, this happens. From my understanding, the armature appearing so far from the origin is consistent with my edit, but the distortion on the mesh makes me wonder if there aren't some invisible bones hiding somewhere. 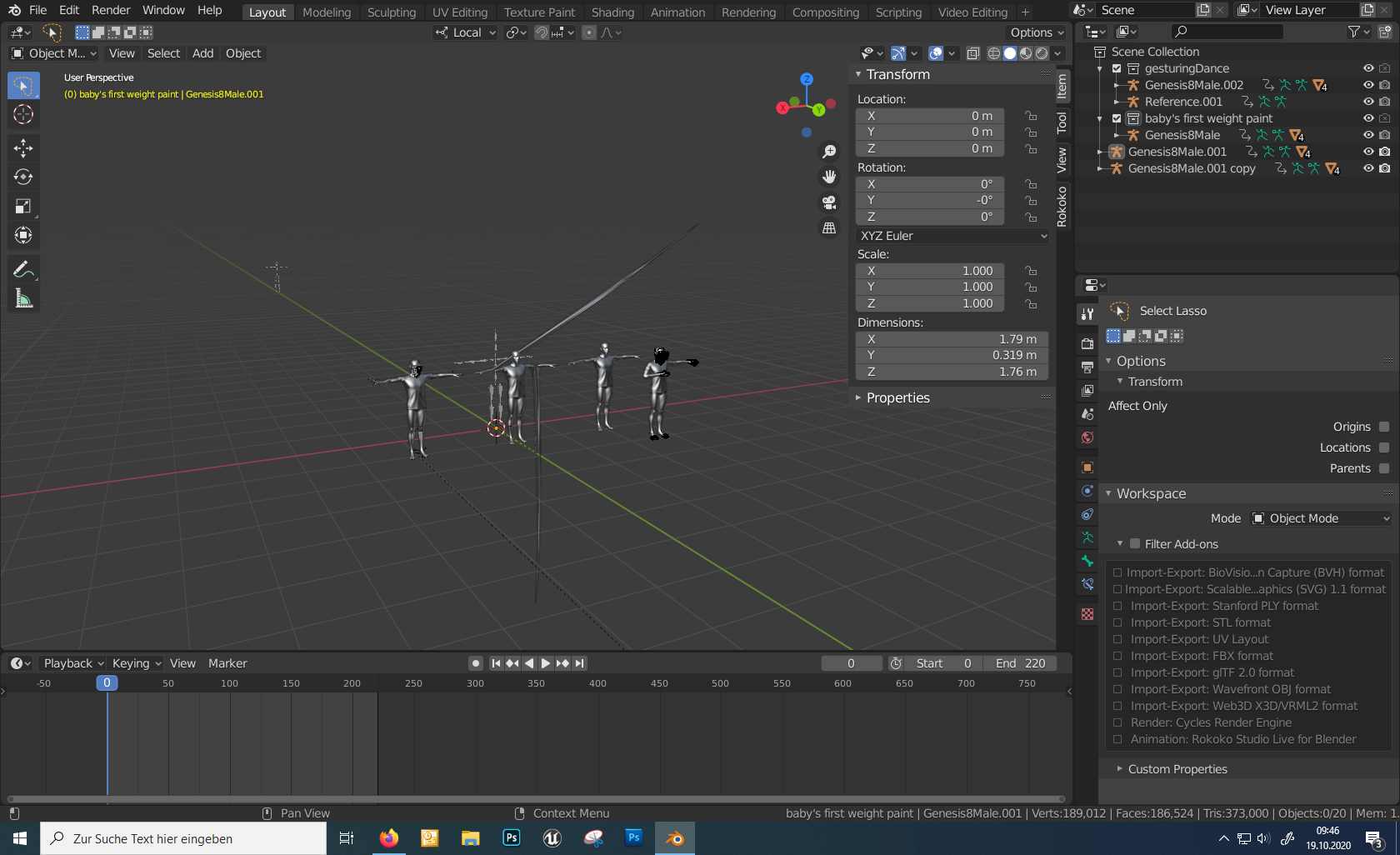 The biggest problem so far has been animating. I'm trying to animate the models using a motion-capture animation (Reference.001). It had worked fine before, but when I paired it with Genesis8Male.001, both the reference animation and the model flew forward on the Y-axis. They're also bouncing around in space, as if there was an invisible bone at the center directing them. This wasn't a problem with the other two models (.002 and .001 copy), which, because they haven't been retargeted after this bug showed up, are functioning more or less fine. You can look at them for comparison.

I couldn't manage to get the .blend file under 100MB, so it's been uploaded as a ZIP to Google Drive: https://drive.google.com/file/d/1B8jx-EyYcEQNpI6ZaQFo2nnl2qAdLCiw/view?usp=sharing (I deleted the animation data for Genesis8Male.001 in an attempt to bring the file size down. The problem persists with the armature itself.)

Reuploading and re-editing the model would probably be faster than troubleshooting, but I'm curious to know if anybody with more experience has run into this issue before, and what the cause might be, since I couldn't find any existing solutions. I'd like to prevent myself from making whatever mistake I made with this one in the future.

I think this is may be issue of delta transform https://docs.blender.org/manual/en/latest/scene_layout/object/properties/transforms.html#delta-transforms 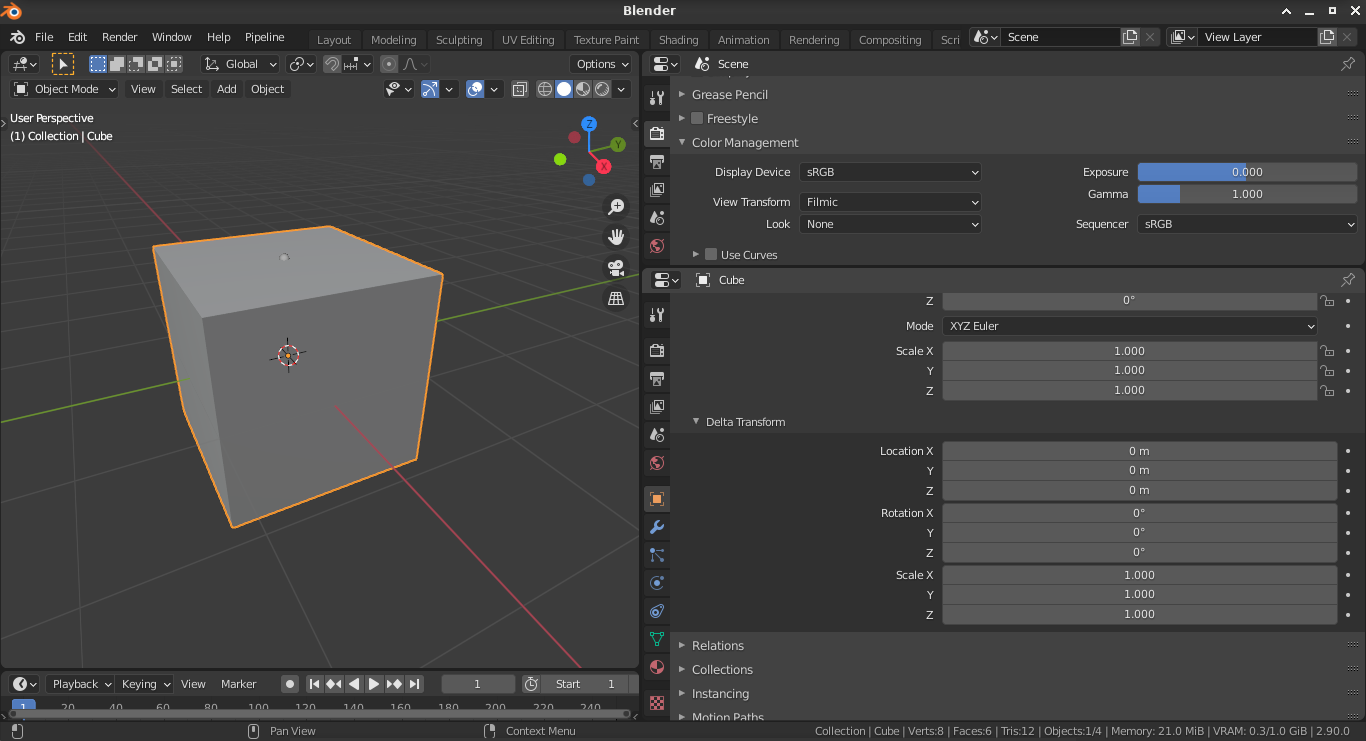 0
Animation flipped 180 degrees in Unity with .fbx export
5
Rotate a particular bone in edit mode without offsetting animation?
3
Armature appears in edit mode but not pose/object mode
0
Everything looks fine in edit mode, but distorted in object mode
2
Bizarre Outer Shell on a model? Only Appears in pose and object mode
0
How to make armature edit mode match object mode?
0
Downloaded and pre-rigged model is partially invisible in object mode
1
Issue with certain mesh vertecies stretching away from bone physics chain