I've attached the blend file below

The principle is to use two "simple deform" modifiers:

The base grid is parallel to front view and centered to avoid the usage of empties in the bend modifiers.

Though, we also want here to join correctly the uneven grid borders (top to bottom and left to right): 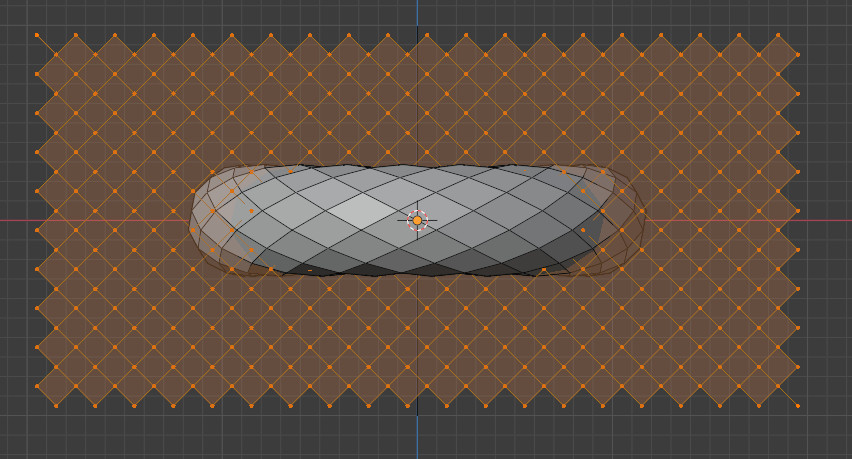 which means we have to bend more than 360° to join them. And doing so, the mesh won't be a perfect sphere at the end.

So we need to compensate that. This is done with a "cast (to sphere) modifier" centered on an empty placed at the center of the sphere. This modifier is also animated so that its influence is null when the shape is a torus.

That gives us this setting:

19
How could I animate a plane into a pipe and then a pipe into a torus?
4
Bend flat, circular object into half sphere
0
Animate a texture / material over a mesh
0
Need help animating a collection instance with parented empty
5
Connecting cylindrical hallways cleanly
1
Animating a plane into a conical shape
1
Calculating the correct angle needed to bend a plane into a “cylinder shape”