Why don't my tracking markers stay in position?

This is my very first post here. After having used it a few times in the past, I recently started playing around with Blender again. At the moment I'm experimenting with Blender's camera tracking feature, and I keep running into an issue that I'm unable to solve.

The problem is that the markers of tracks don't stay in the position I put them in. For example, when I place the marker in the first few frames of my video footage (either manually or by clicking the Track Markers button for automatically tracking a single frame) everything looks fine when I play the first few seconds of the video: the marker perfectly follows the item in the footage that I'm trying to track. But when I continue to work on the same track, and move the marker in another part of the video (for example, around frame 532), and then go back to the first few frames, the marker has shifted to a different position there.

Example: I manually placed the marker in the right position in frame 17: 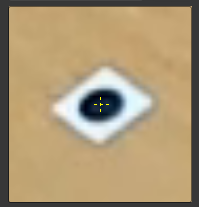 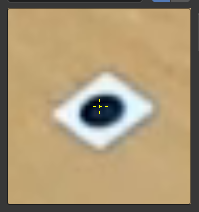 NOTE: In this example, I didn't press any Tracking button. All the changes to the marker position were done manually.

How is this possible? Is this a bug in Blender, or did I accidentally activate a setting that causes changes in frame x to influence the position of the marker in frame y?

I'm using Blender 2.90.1, and my tracking settings look like this:

Any help would be much appreciated!

I found the solution myself. For some reason, the frame numbers of my video file didn't stay in synch with the frame numbers of the track markers: when I would scroll to frame n in the timeline, it would sometimes show frame n+1 of the video, making it look like the marker had shifted. I solved the issue by converting the video to separate image files before importing it in Blender.

6
Is it required converting videos to an image sequence before doing motion tracking?
2
Movie recorded on phone reports inconsistent number of frames when imported to blender (Blender 2.8 vs 2.9)
1
VSE problem blurring license plate - mask is jumping all over video
1
Render is duplicating random frames when loaded into 3D tracker

6
My markers in the movie clip editor keep "moving" around - what gives?
3
Why does camera this tracking fail completely even when the solution value is very low?
10
Remove Tracking Markers
1
Tracking markers are clustered together and too close to camera
1
Good Tracking Markers with BAD Object Tracking Solution
1
Motion Tracking Markers don't show up!
1
Motion tracking: Are two keyframes or a range of frames used to calculate relative 3D positions of tracks?