Blender: Project a map on a sphere

I have a portion of a map, with its coordinates, and I want to project it in its correct position on a sphere, like on a planet. This map is a geotiff image with its geographic coordinates.

I traid to insert it as an image texture into the sphere, and then adjust the map position on the sphere manually, but that solution is imprecise. Plus, I would like to add several maps on the same sphere, and I need to manteind the correct position of them.

Is there any way to put the map in its correct coordinates with blender?

This is one of the images (from Mars), as an example: 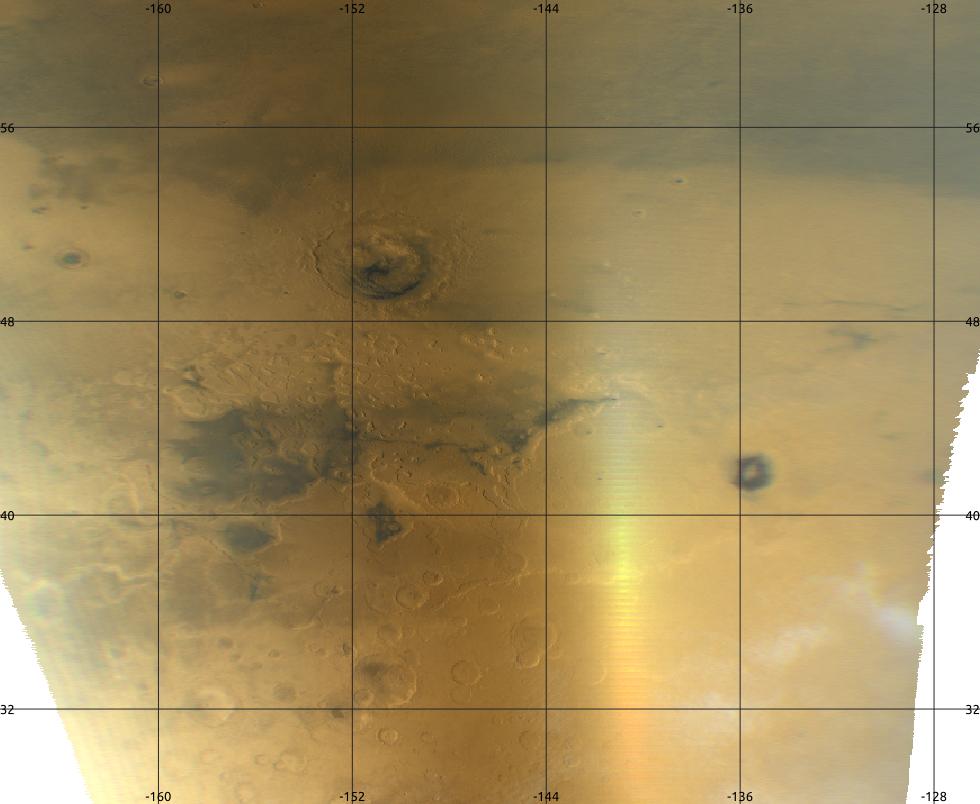 And this is what I need: 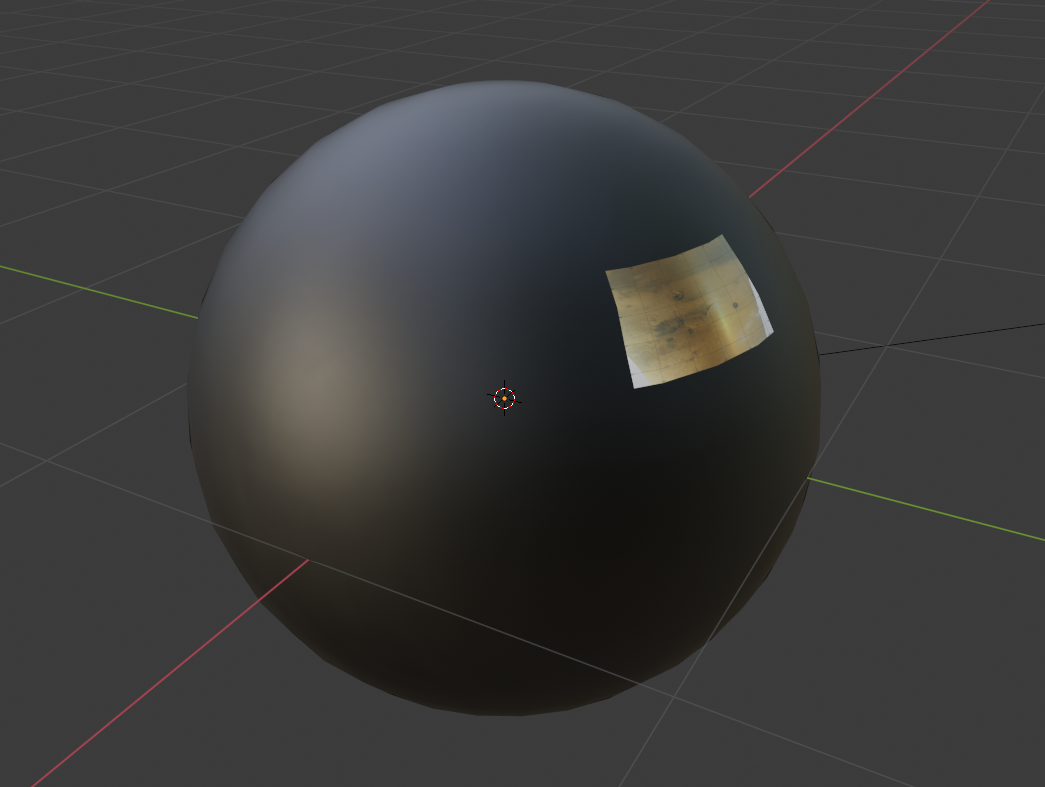 Considering the map part corresponds to an equirectangular projection, we can do a plane to sphere deformation by the approach indicated here.

Making a sphere from a grid

The base grid should be in the proportions of width/height = 2 as we map as longitude is 360 degrees and longitude is 180 degrees.

If the grid is parallel to the front view, we can give it some flat subdivisions and bend it 180° around X and 360° around Z.

To unwrap it (as we'll use UV mapping), still in front view and edit mode use U then "Project from view (bounds)".

The shader to place the map part

What we have to do:

This first calculation indicates if the texture has to be drawn on the sphere for a given UV map point.

Now to draw the texture at the wanted location, we need to remap the UV point to the texture space in the good location and proportion.

This part is done by Remap01 node group in the file.

Last, we combine all together in a single node group so that you can apply it to several map parts. 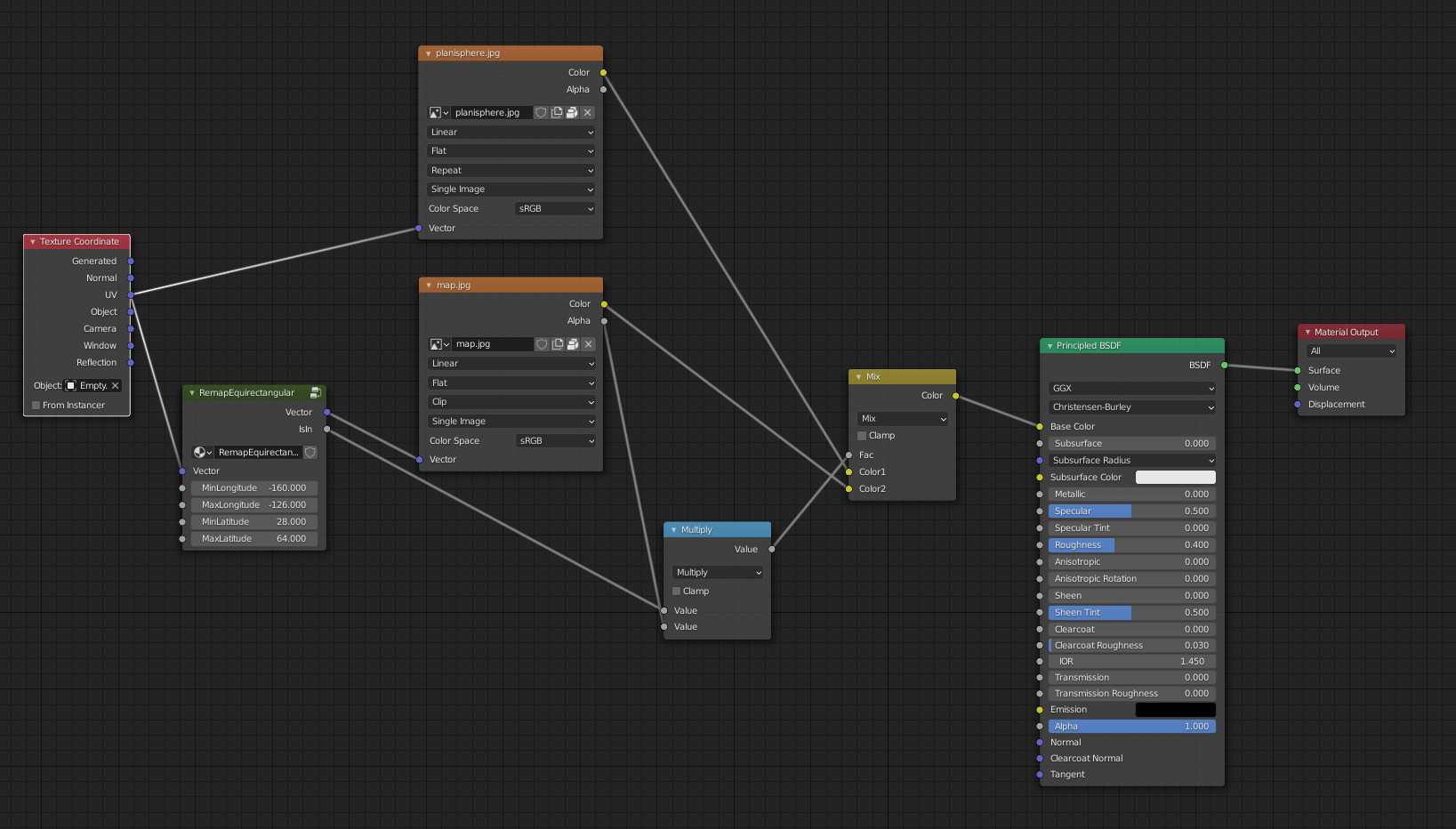 This node group is called RemapEquirectangular and has the following parameters: the UV coordinates, min and max longitude, min and max latitude.

The result is the following: 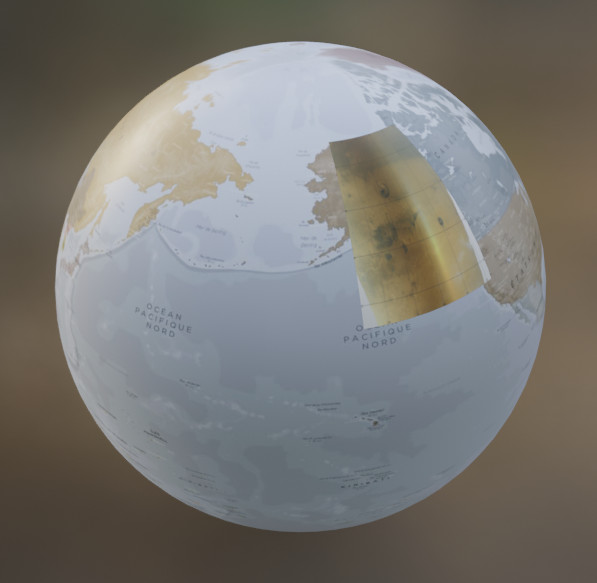 Not the answer you're looking for? Browse other questions tagged coordinates texture-coordinates or ask your own question.

36
How to animate morphing a rectangular plane into a sphere
31
How to get perfect UV sphere Mercator projection?
8
How may I get a single stripe of color to flow along an object?
5
How can I rotate a spherical texture without getting a distortion?
0
i am trying to make a globe but my simple deform modifier is not working