For straight grooves, I use the Bevel tool, and some simple extruding and scaling operations. However, I also want to place an oblique line on a ring (so seperate the ring into two piece for a 2 coloured ring). Furthermore, not only straight but also wave-shaped grooves as follows. (from the wedding ring front view) 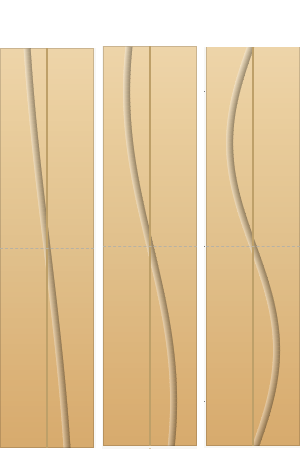 I want to ask for help on how to place an oblique line and wave-shaped grooves on ring.

Thank you in advance for your help!

You could use the Simple Deform/Bend modifier: 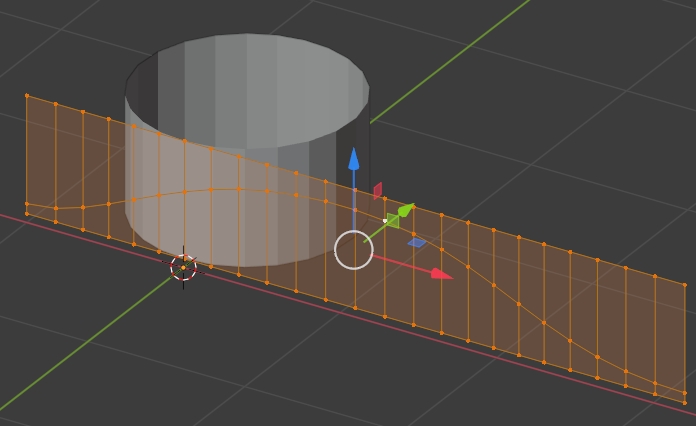 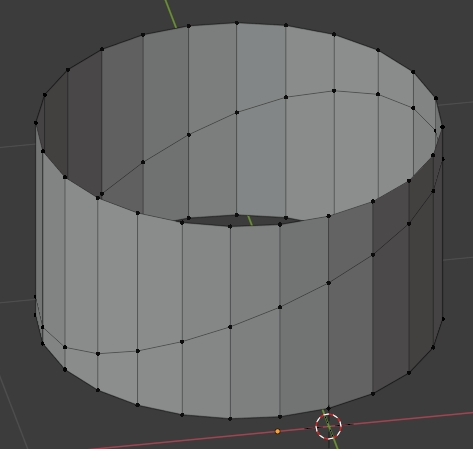 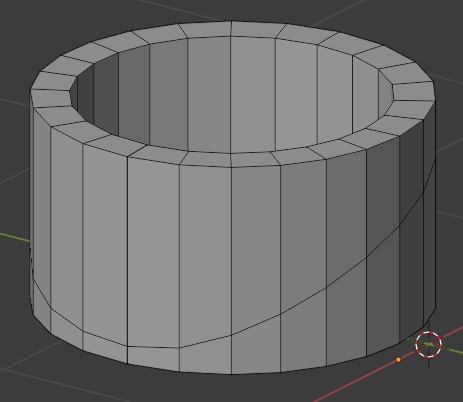 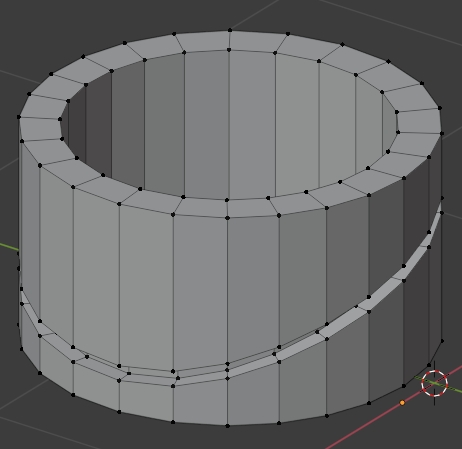 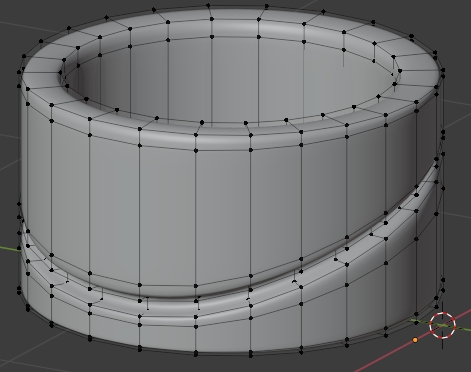 Here is how I would approach this problem: 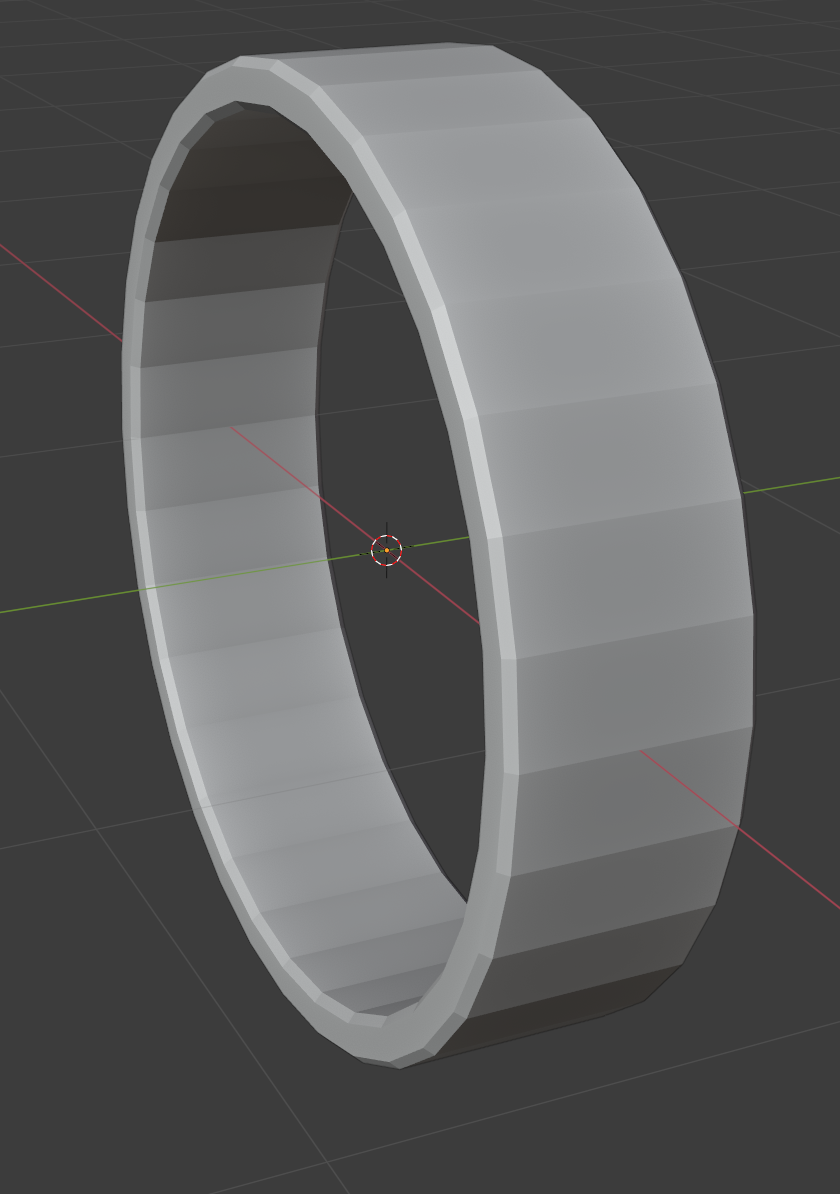 2. I create a Bezier Curve with the shape of the curve I want 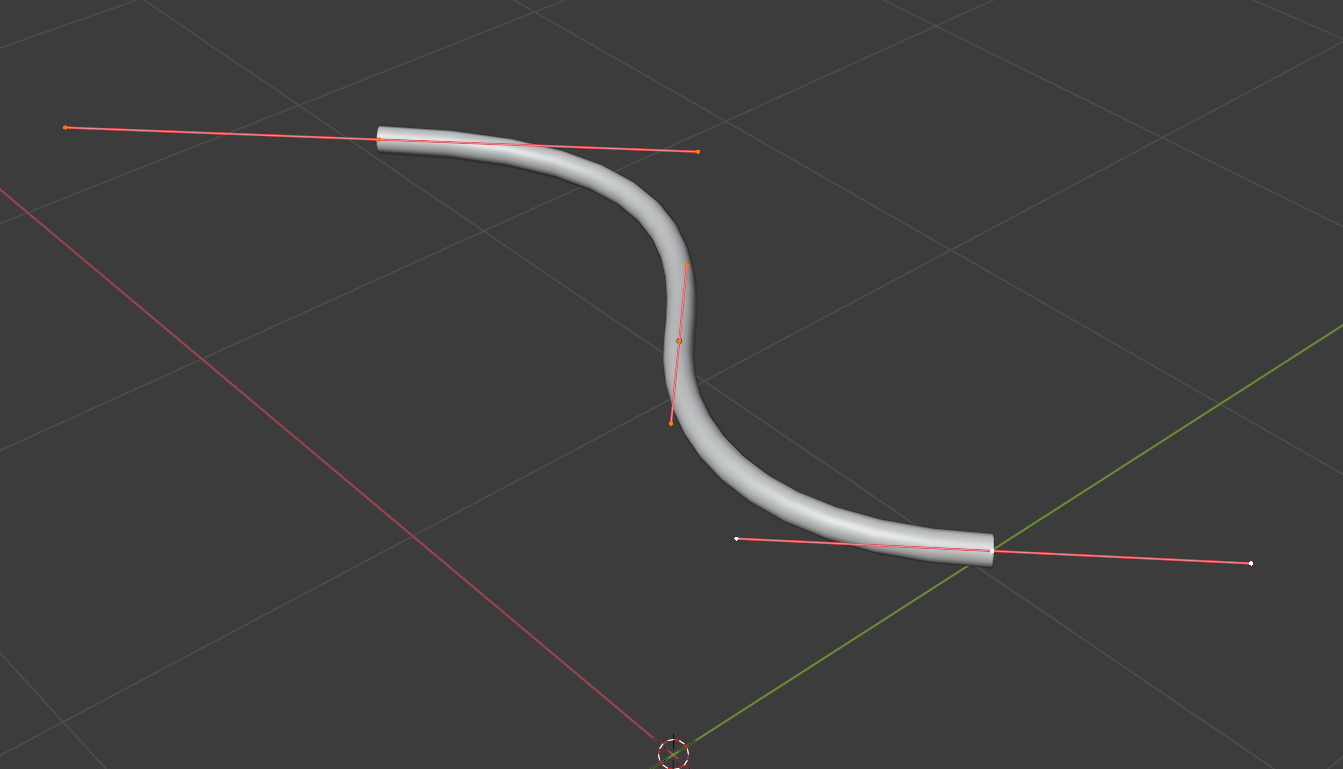 I give it a bevel radius for thickness, which will correspond to how deep the grove is. I am careful to make the curve seamless on the sides, such that if I arrayed it, the two ends of the curve would fit nicely together (this will be important later).

We will use this with the curve modifier to curve our groove object around the ring.

4. I convert the Bezier curve to a mesh, and give it 2 modifiers: an Array, and a Curve.

For the curve, select the circle as the target, and the groove mesh will take the shape of a circle around the ring: 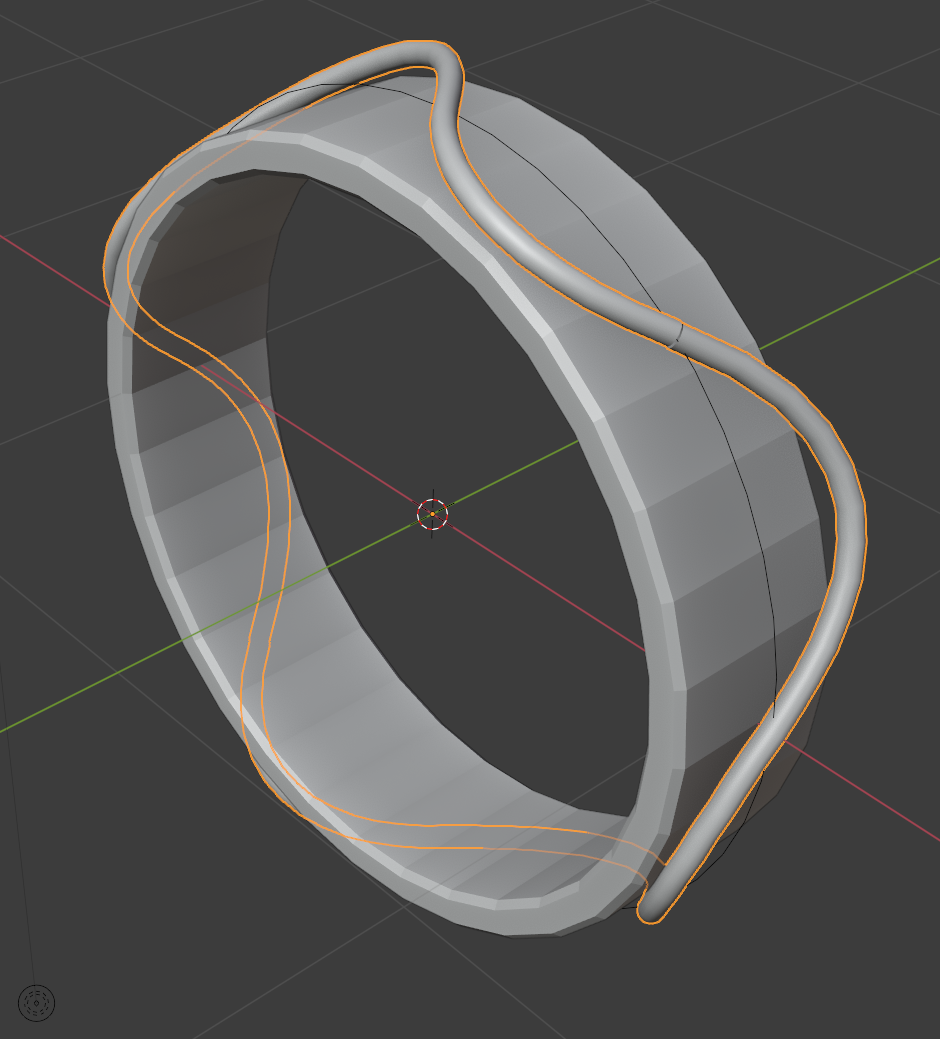 Note: this wont work well unless both your curve and circular path are centered at the origin.

Below is an image with the modifiers I use to create the above result: 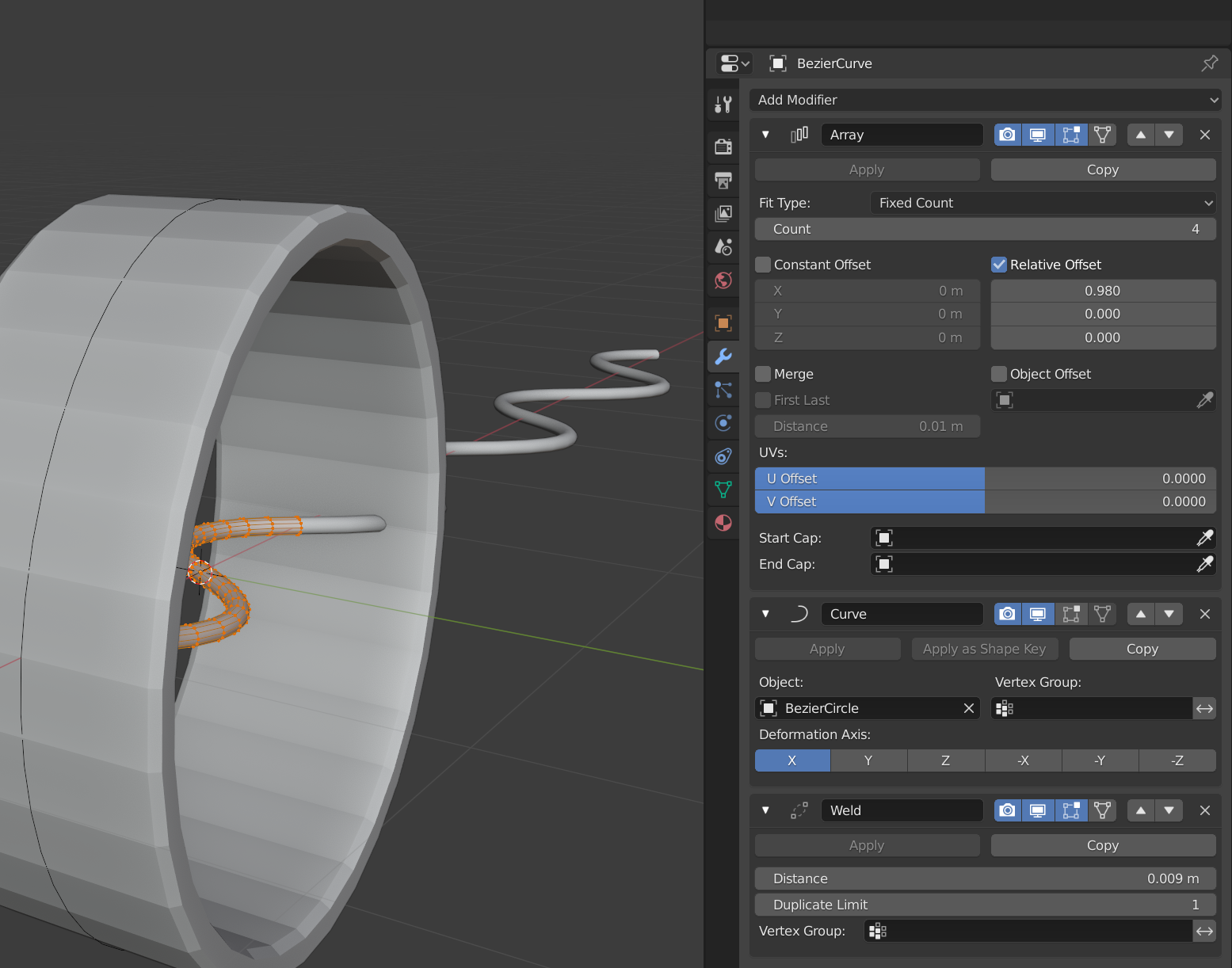 A couple of notes here: For the array, just play around until you get the right number of repetition so that it wraps all the way around. I also had to decrease the offset distance a little bit to make the copies line up with each other.

Luckily, they dont need to line up perfectly, because the weld modifier at the end fixes up the edges by connecting together the outer sides of each groove object in the array. Play around with the threshold until it is all one smooth mesh. You can see that in the image 2 above, there are gaps in the curve. This was taken before I added the weld, and go away after.

5. Subtract the curve from the ring with a boolean modifier 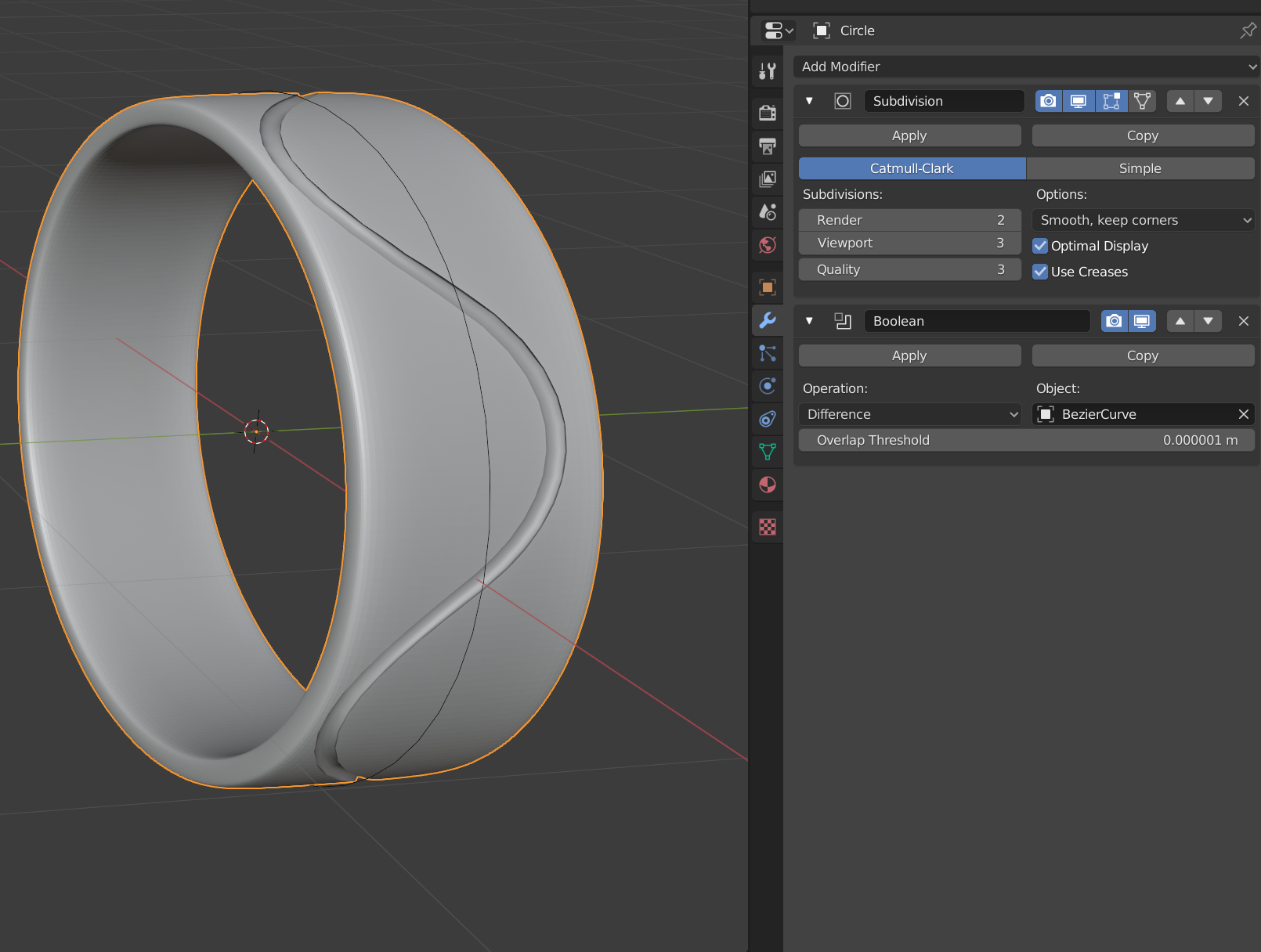 After scaling the groove to fit the size of the ring, I gave the ring a little more detail first with a subsurf modifier, and then did a boolean set to difference between the two objects. Once you have the boolean set up, you can hide the curve object in the viewport to see the groove.

You may also want to increase the resolution on the curve before you convert it to a mesh, as you can see my groove is a little low-poly.

Not the answer you're looking for? Browse other questions tagged mesh bezier-curves or ask your own question.

0
How can i give my 3d ring a design with waves and other lines?

2
Wrap cylinder around sphere
5
How to properly rotate bevel object on a fractured beziercurve
1
What'd be the best way to make a rim?
11
Branching and swirling mesh on a ring
1
How can i model these grooves in my mesh correctly?
1
Automatic division of a Bezier curve with a given ratios
0
I'm having trouble applying a bevel to curve