Array along a curve that is made up of loose parts

I want to lay out several pieces of a barrier along a race track, but the barrier must have openings and it is generally made up of multiple non-connected pieces. So I thought of making a Bezier curve in which certain segments are missing, then making a mesh representing a single barrier unit, and finally applying the classic Array-Curve modifier trick.

However, when applying the modifiers, only the length of the first part of the curve is considered. Even if I switch to "Fixed Count" to set the number of items manually, the Curve modifier only considers the first part, then goes on in a straight line.

Do I have a way to keep the Bezier curve intact (a single object with many non-connected parts) and use it as the base of my repeating mesh object?

EDIT Here is a file that demonstrates the issue:

I'd like "Cube" to follow along "BezierCurve", but only the first part of it is used by both modifiers.

You can't use multiple, separate curve segments to curve modify an object. The curve modifier will only use the first curve it finds. This is just not a technique that works with Blender.

You can create divisions between barriers by giving it both a relative and a constant offset: 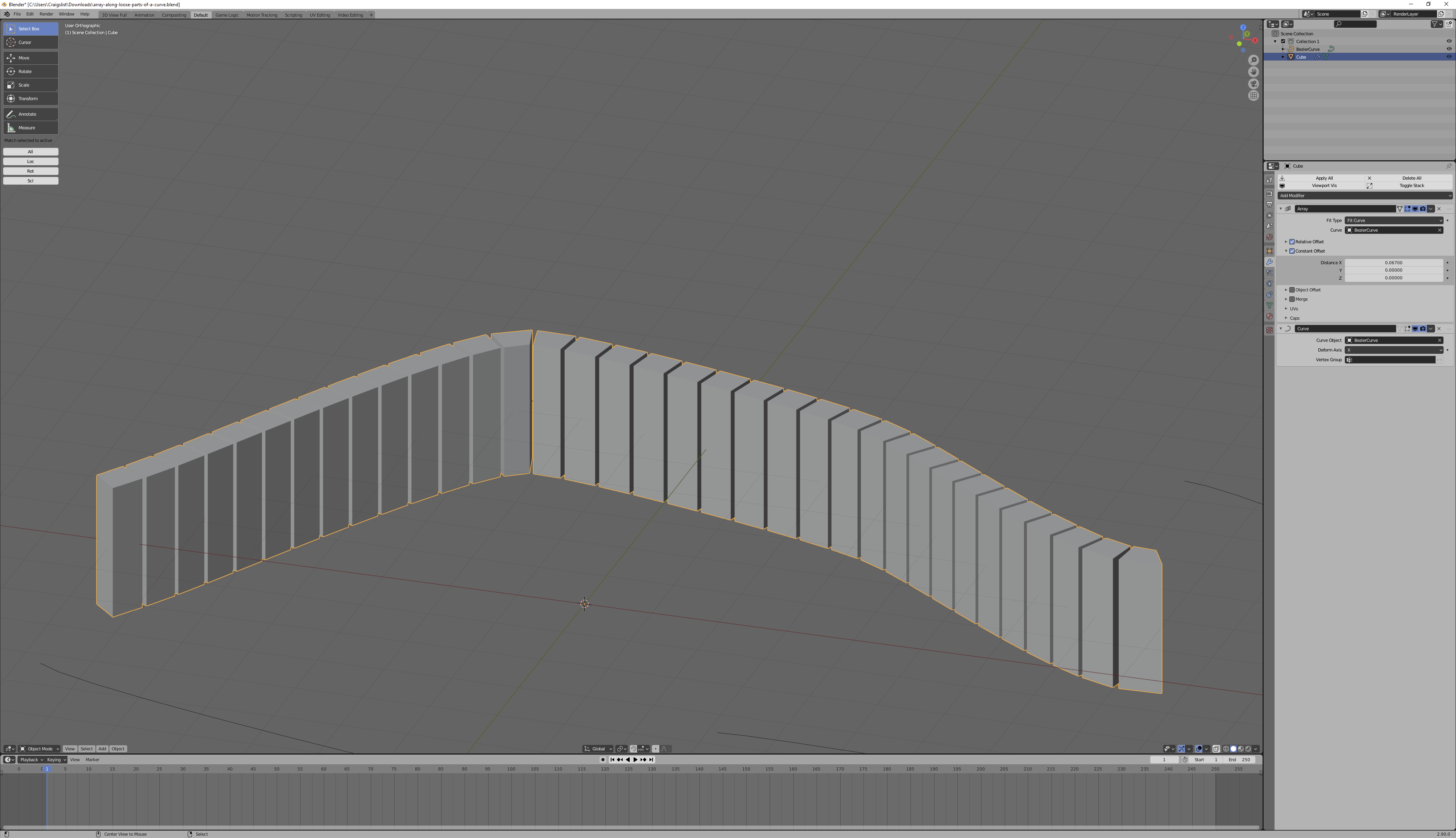 If you want regular intervals of undivided, divided, you can have a relative array followed by a relative + constant array: 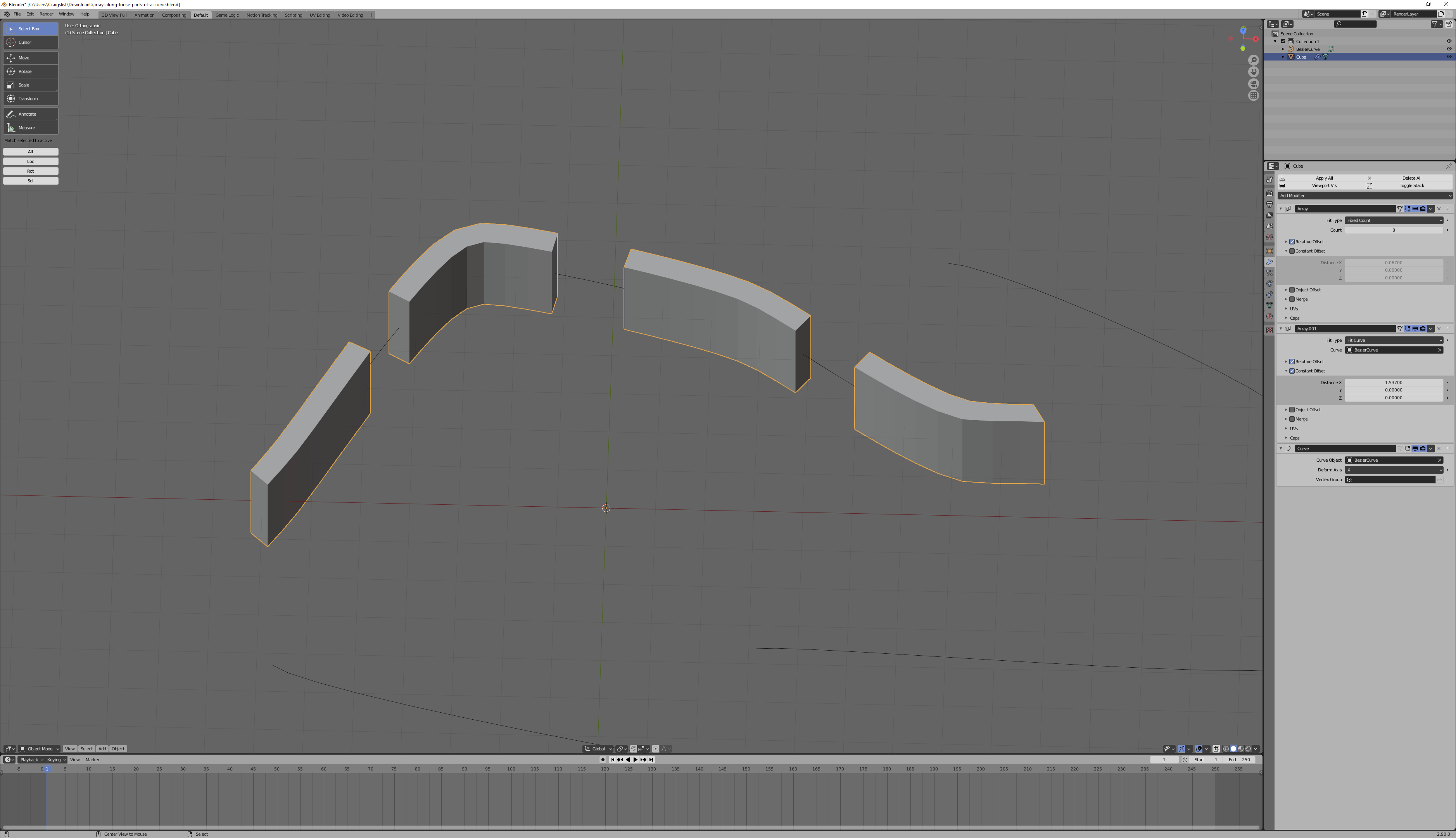 You could make a boolean cutter, with a curve modifier to follow the same curve, and use it to cut shapes out of your boundary with a boolean modifier: 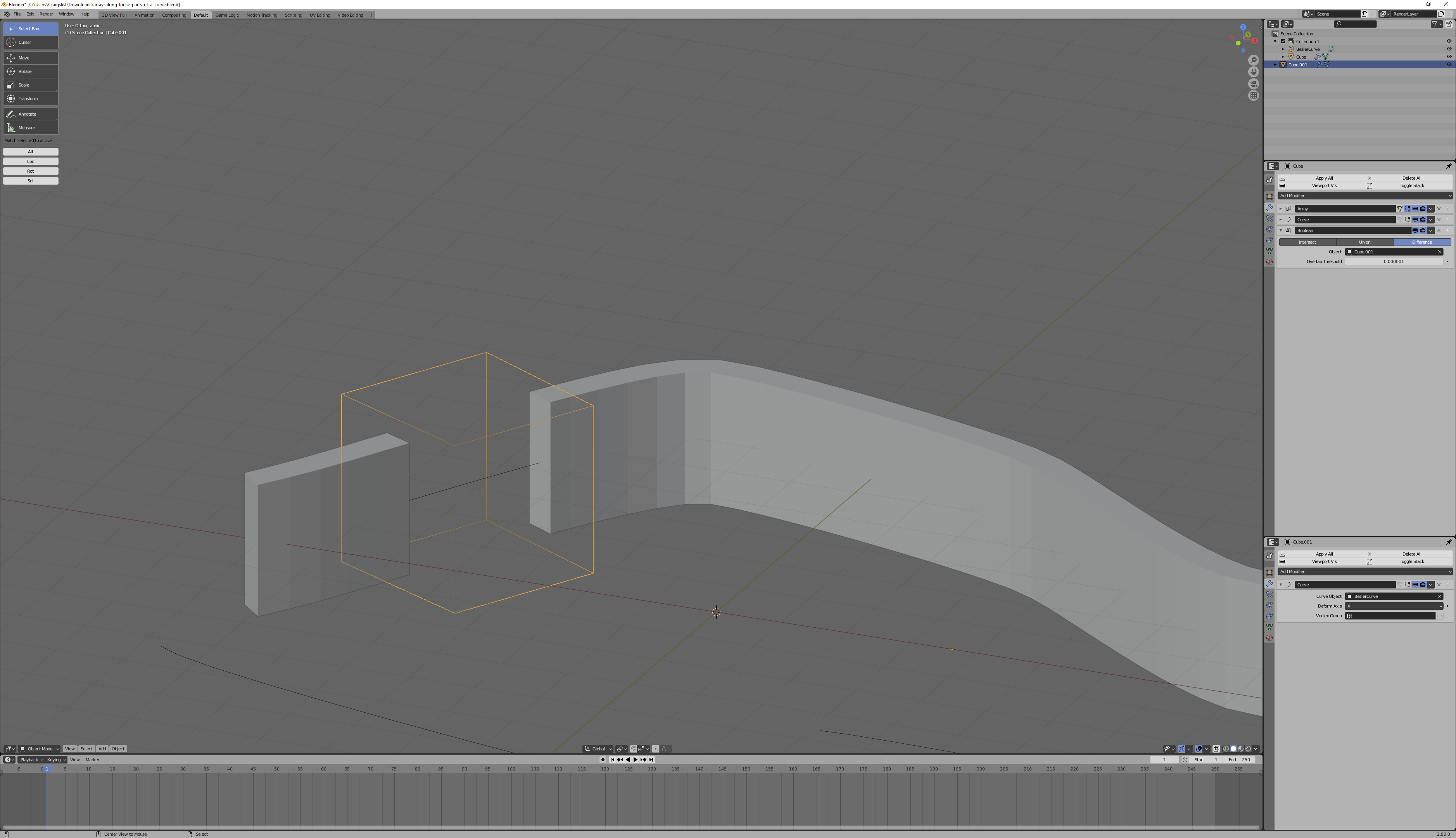 It wouldn't be impossible to make an array that followed multiple curves-- you'd need to UV offset the arrays, then use the UV as a mask texture for a vertex group edit modifier to divide the array into multiple bits with different vertex group weights, then use those vertex groups to specify which particular curve object to follow for a particular bit of the array. Not impossible. It would be complicated and totally impractical though.

1
How do you array a curve
4
Non-planar quads: how to connect two curves with faces?
3
Can I calculate the surface of a part of a mesh, confined by a square boundary?
1
Move Object aroud curve withot deforming
0
Advice on how to model this piece of a chair?
1
Trying to fill an opening in an object and match depth
3
Questions about make a spiral(or twisted) shaped building