I am working through a tutorial and modeling a couch. I'm at the stage where I have been sculpting in fabric details and wrinkles (I am not using Dyntopo). I've noticed that when I sculpt with anchored alphas, this weird checkerboard pixelated effect occasionally shows up that I can't get rid of. Smoothing doesn't remove it, and even when I add an extra 1-2 layers of subdivision it won't go away.

Here is a picture of my sculpt: 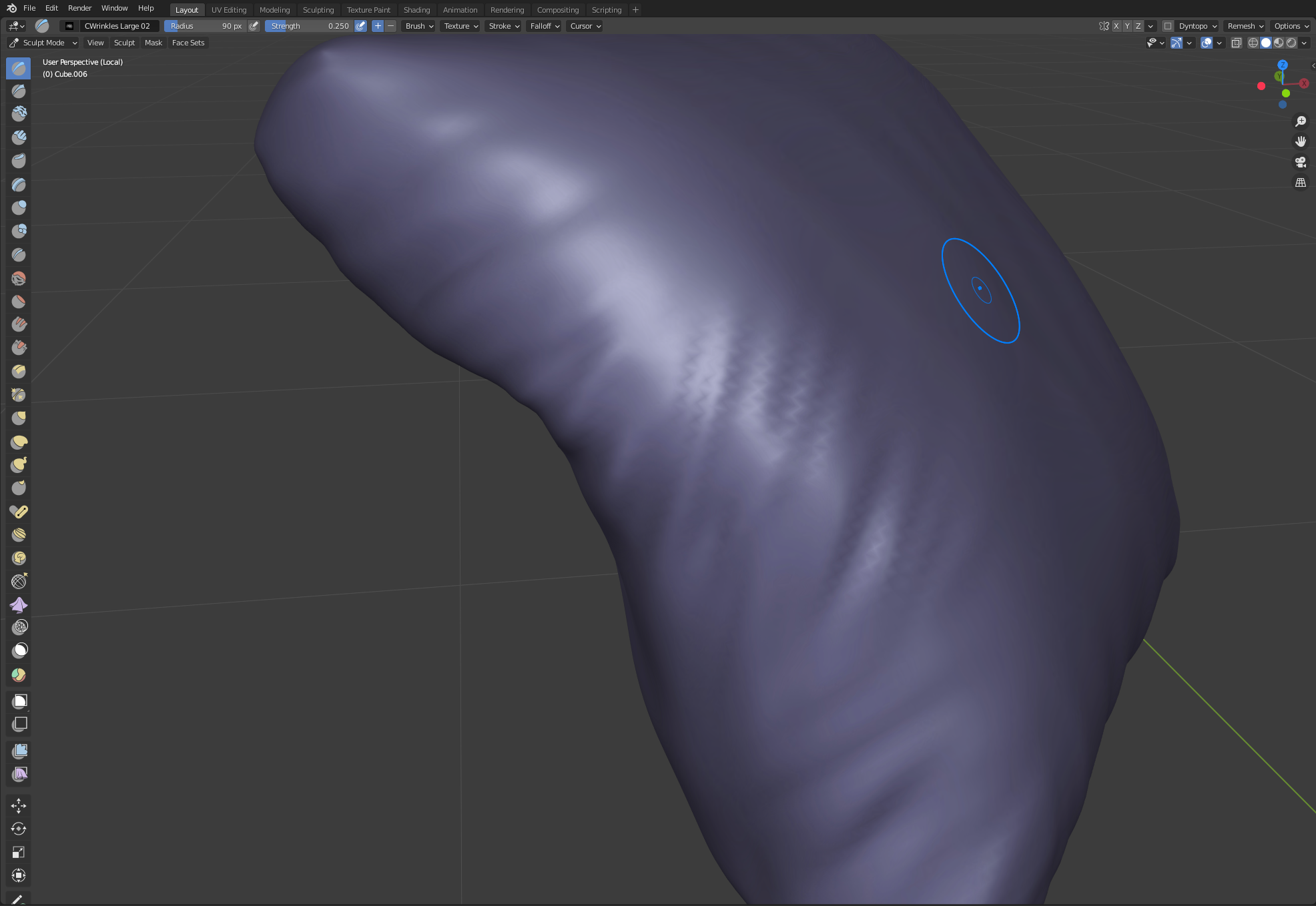 Here is an image of the cushion from the tutorial's file without the problem: 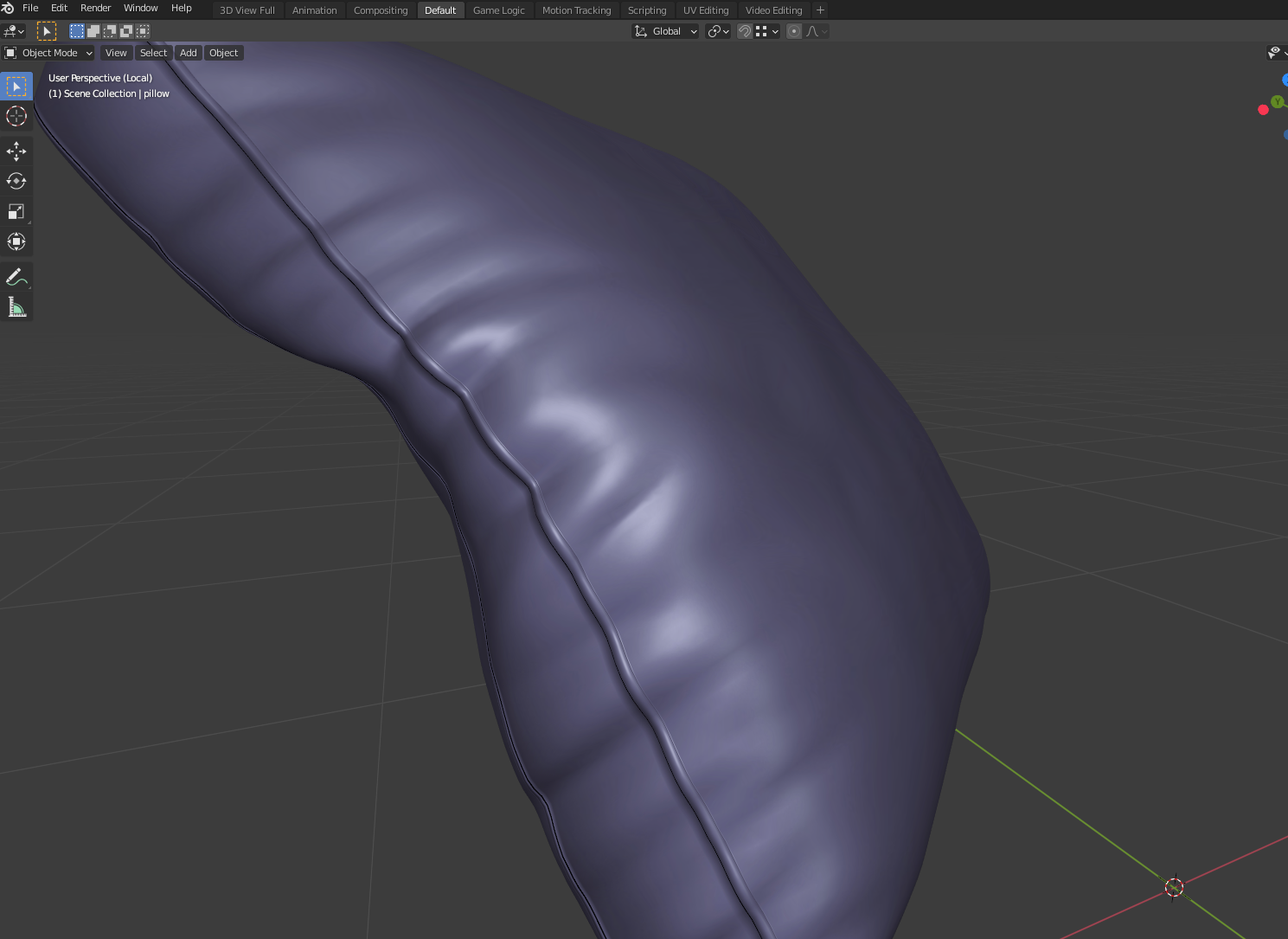 Here's the wireframe of both my mesh and the tutorial's mesh: 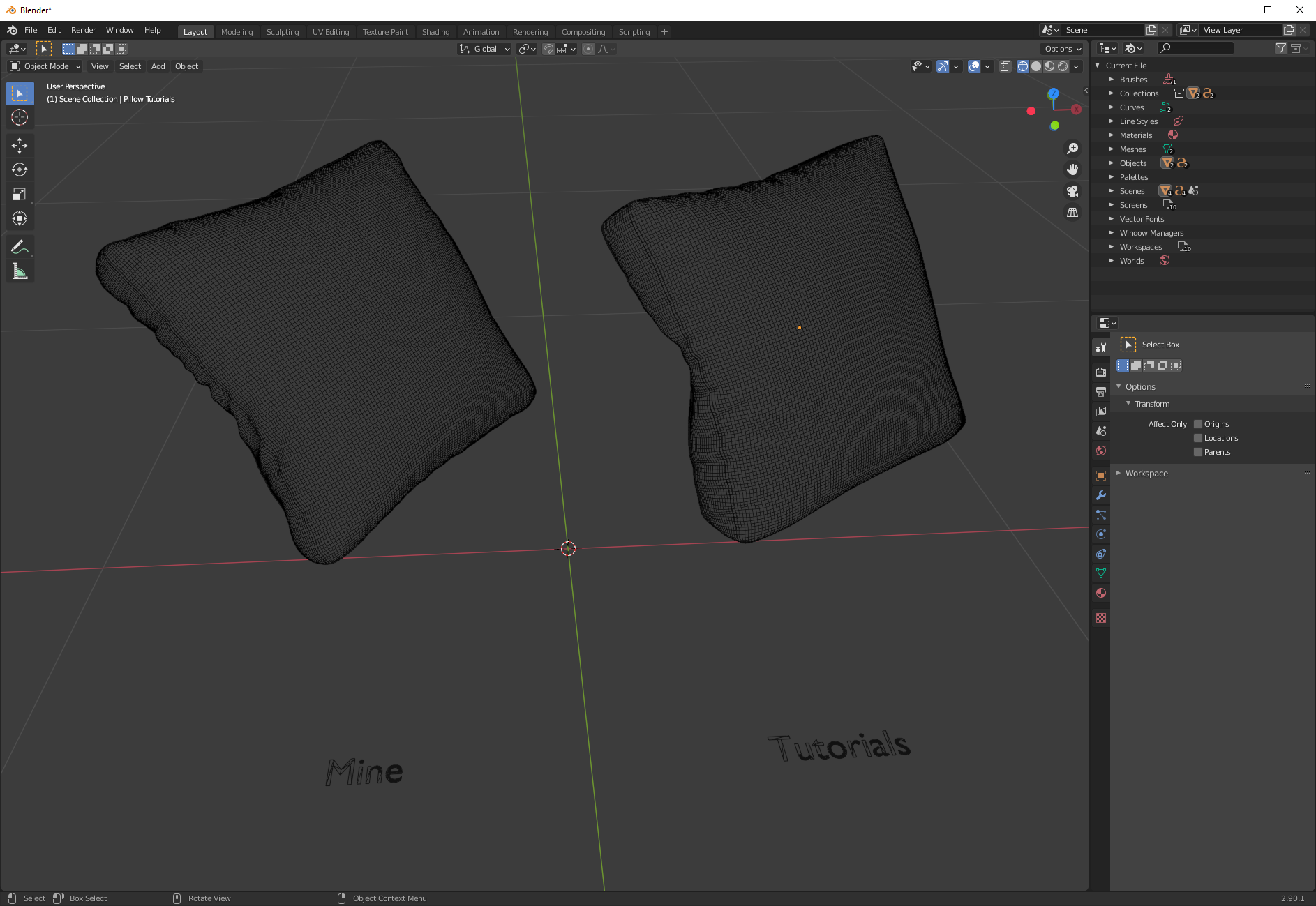 I thought at first that it was because I'm using a low quality stencil, but it's the same alpha that came with the tutorial.

I then thought the problem was that I didn't have enough geometry, but subdividing further doesn't solve the problem either (it helps, but minimally). Also, the tutorial's version of the same cushion has the exact same amount of subdivision / density.

Furthermore, I've noticed that the effect is exaggerated depending on the rotation of the alpha when placing the stroke.

Does anyone have any possible ideas as to what this is, and how to get rid of it?

Edit: I've uploaded the .blend file for you all to look at. Both my mesh and the tutorial mesh are side by side in the scene. I've also updated the wireframe image to include both.

This is just a half-answer.

As I looked closely into the difference of your meshes ... 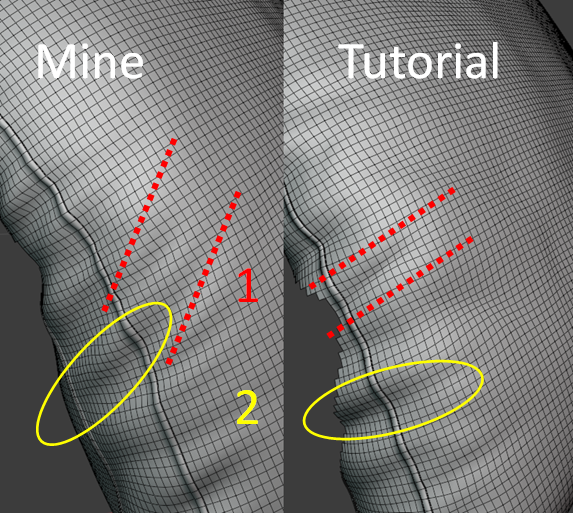 There are 2 different approaches I can think of.

Here is the setting of crease-brush. Not every brush type has this pinch feature. 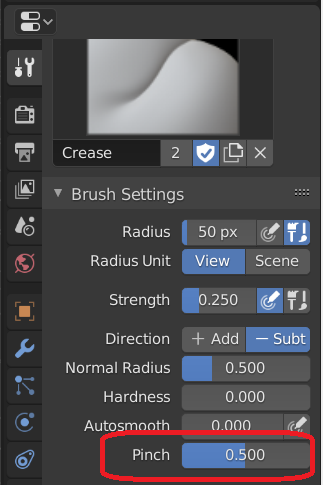 Here is my attempt to reduce the artifact. I used pinch-brush after normal sculpting. After the process, it is noticeable that the result become better. I didn't use crease-brush though.

Not the answer you're looking for? Browse other questions tagged sculpting subdivision-surface artifacts sculpt or ask your own question.