How can I use hooks for cloth simulation?

I have attempted to hook the corners of a square piece of cloth at the 4 corners so that they can be moved. Below, the images show the vertex groups. "v1" to "v4" corresponds to each of the corners (proportionally weight painted) which are hooked to 4 empties. "pin" corresponds to the 4 corner vertices alone which are pinned as a group. When sim is played, the 4 corner vertices deform disproportionately as in figure. What am I doing wrong? Also if I attempt to move one of the hooks while actually running the sim, then when the next loop plays the sim repeats itself irrespective of any hook motion. 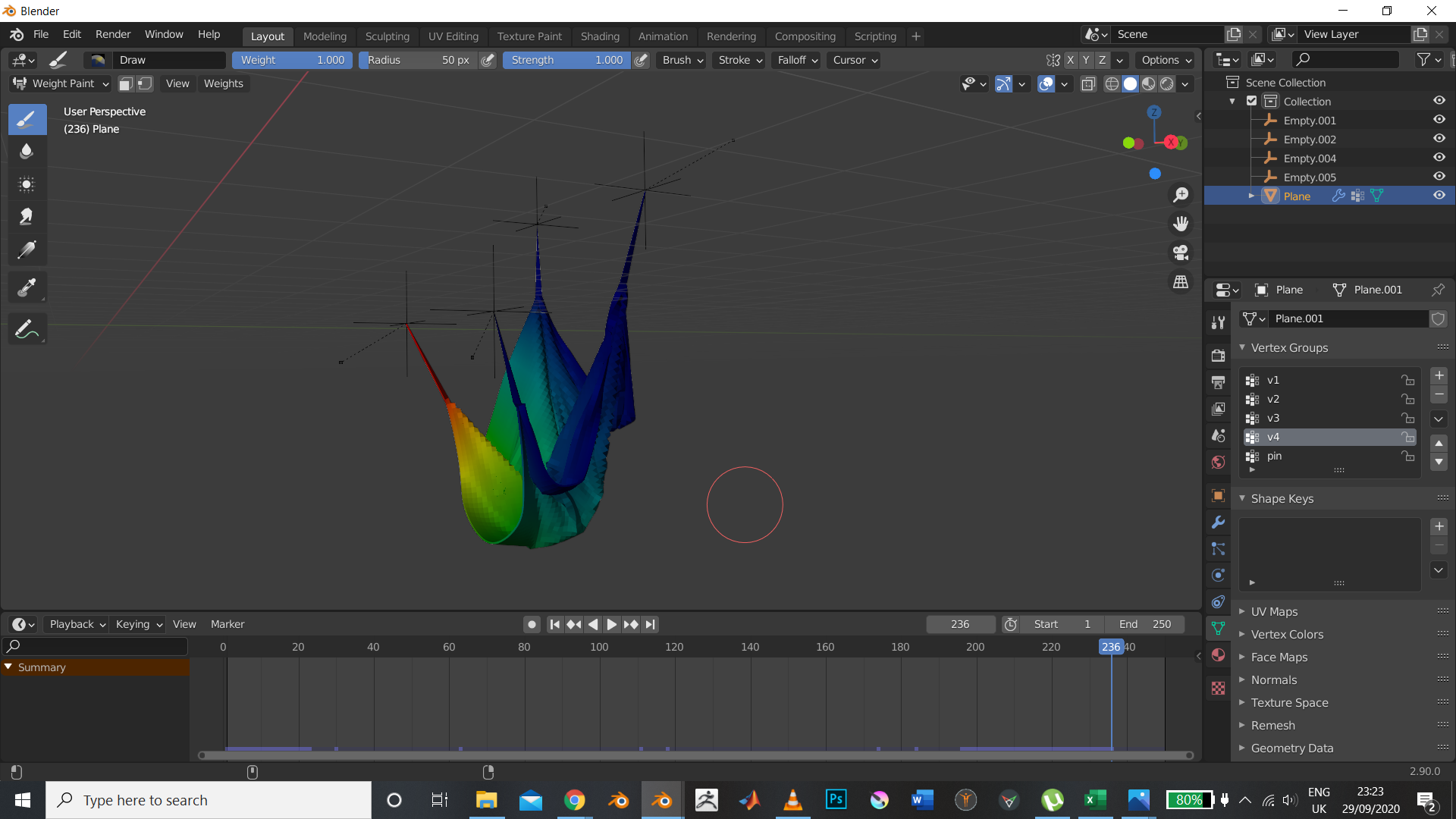 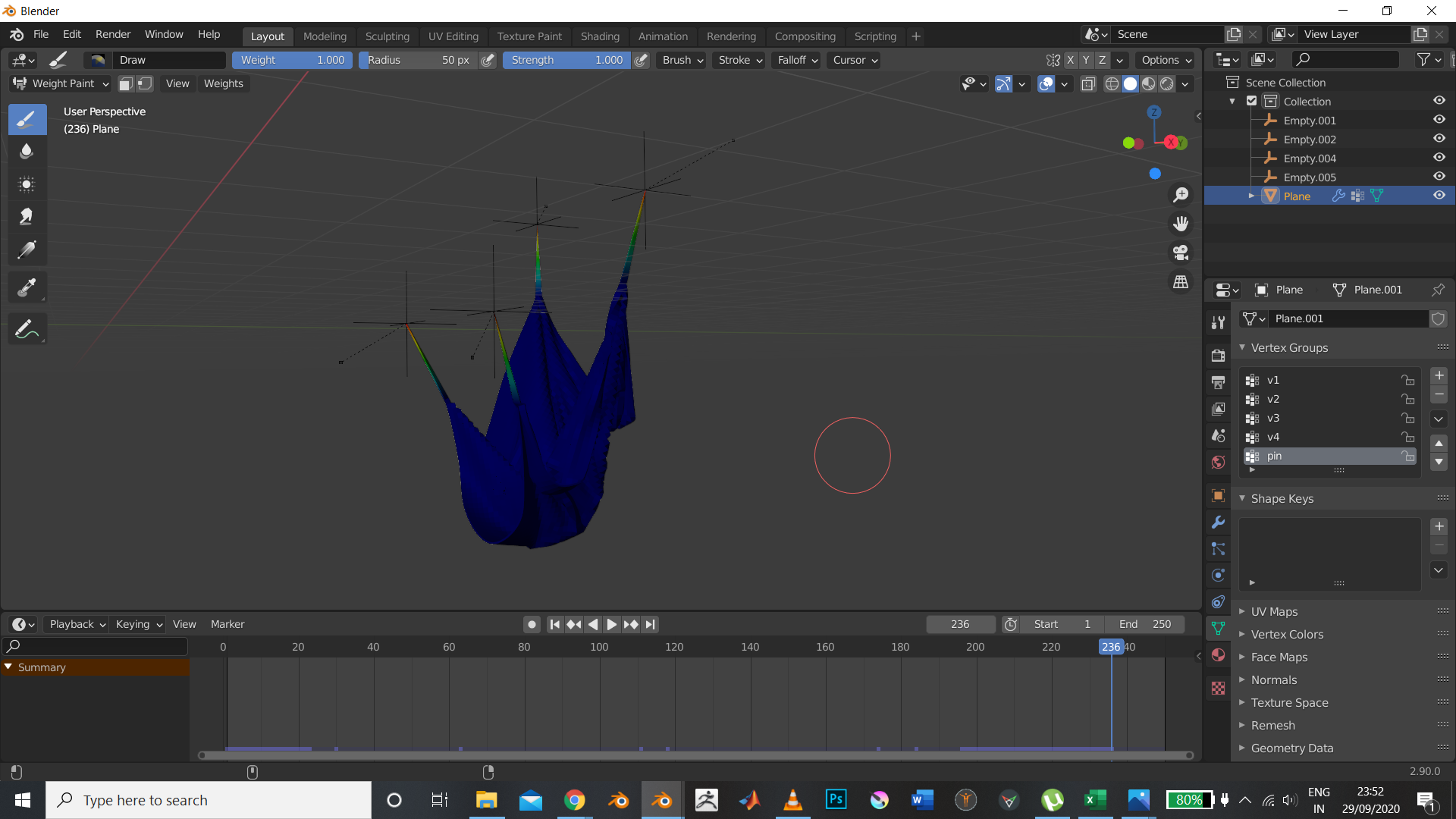 Ok I think Nathan has solved the problem. Here are 2 other methods:

First an alternative with empties: 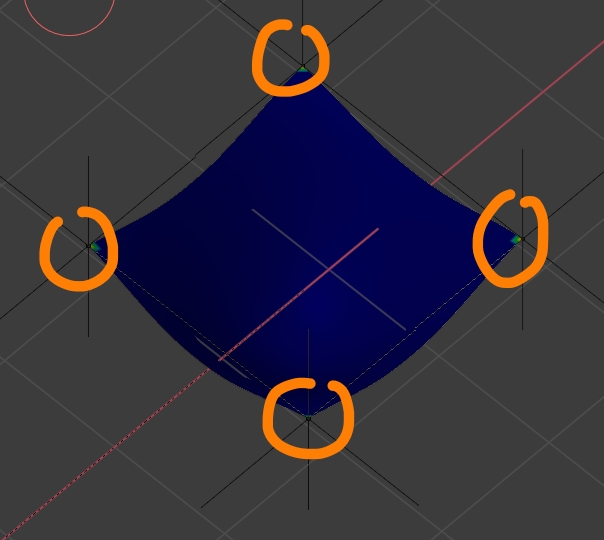 Or you can use bones: 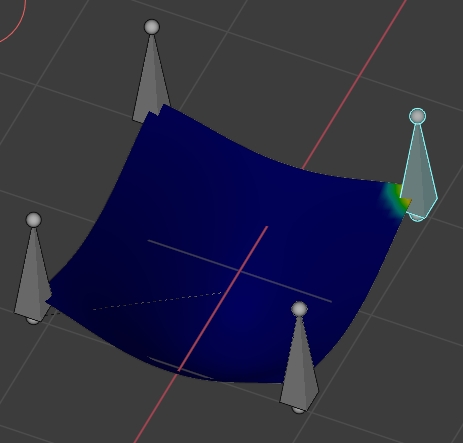 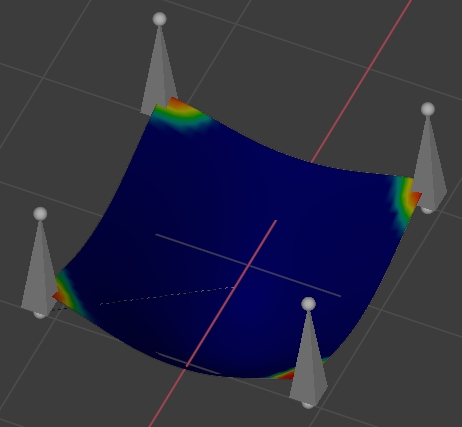 I had no problem making cloth physics work properly with 4 hooks on a plane in 2.90. Here are the steps I took:

The reason that the mesh fails to react to the hooks on the second loop, or reacts incorrectly, is because of the physics cache. Blender isn't smart enough to realize that moving the hooks invalidates the cache. You can reset the cache at any time by starting and cancelling a grab operation on the cloth object.

File below contains the version created with vertex groups.

Not the answer you're looking for? Browse other questions tagged weight-painting cloth-simulation vertex-groups or ask your own question.

4
Cloth sim not obeying hooks
0
can i use cloth simulation to create clothing
0
Can I make clothes be weight-painted and have it have a cloth-simulation?
0
Can I get vertex's coordinates result of cloth simulation?