I was following a tutorial (https://www.youtube.com/watch?v=29yfS-icS3M&t=564s&ab_channel=Iridesium) on explosions in blender but i've run into a few problems. I followed it pretty much exactly, though he does go a bit fast so I may have missed a thing or two. Around 15:03 after he does the initial baking he selects a frame and goes into rendered view before adjusting the shaders, and his smoke already looks like how it should, just without the colors. However when I enter rendered view after baking, all I see is a cube of smoke filling the entire domain, rather than a frame from the explosion. Basically like how volumetric fog looks in eevee.

Also earlier when he's in solid view he turns on color mapping to see the smoke better, and it makes his smoke white, but when i do it I see a bunch of separated black globs. When I turn off color mapping I don't even see anything at all

He's on 2.82.7 and i'm on 2.9 but unless they've completely changed the way smoke sims work i don't think that is the problem. 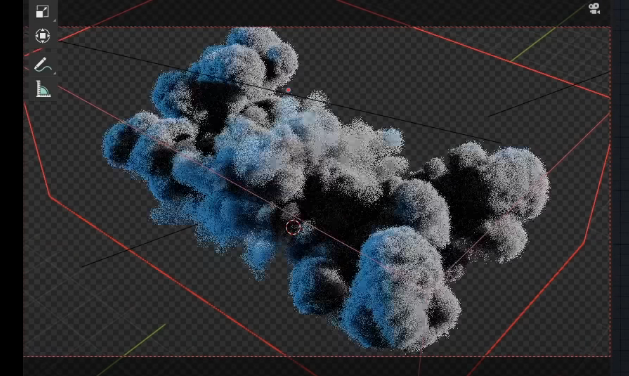 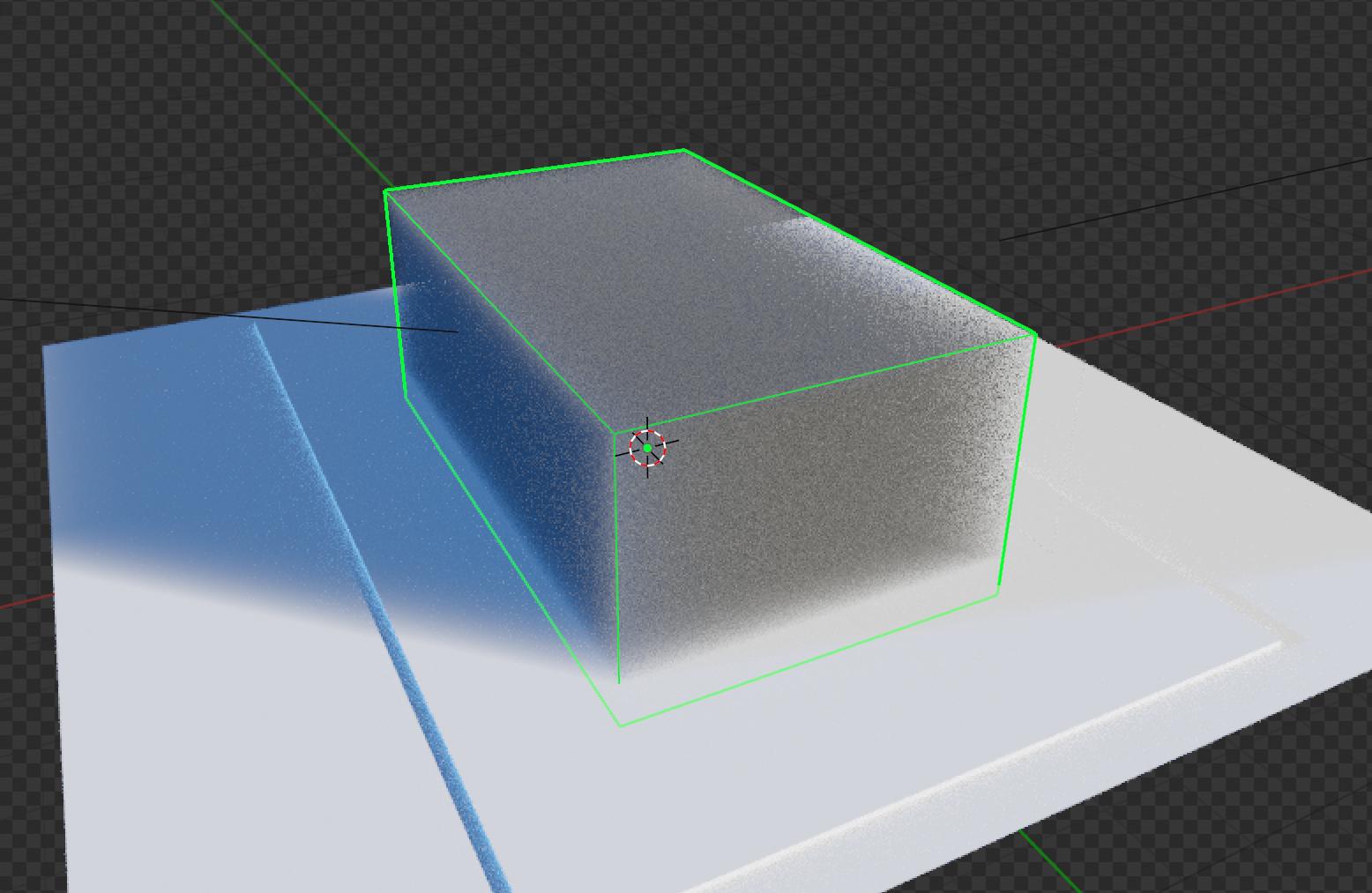 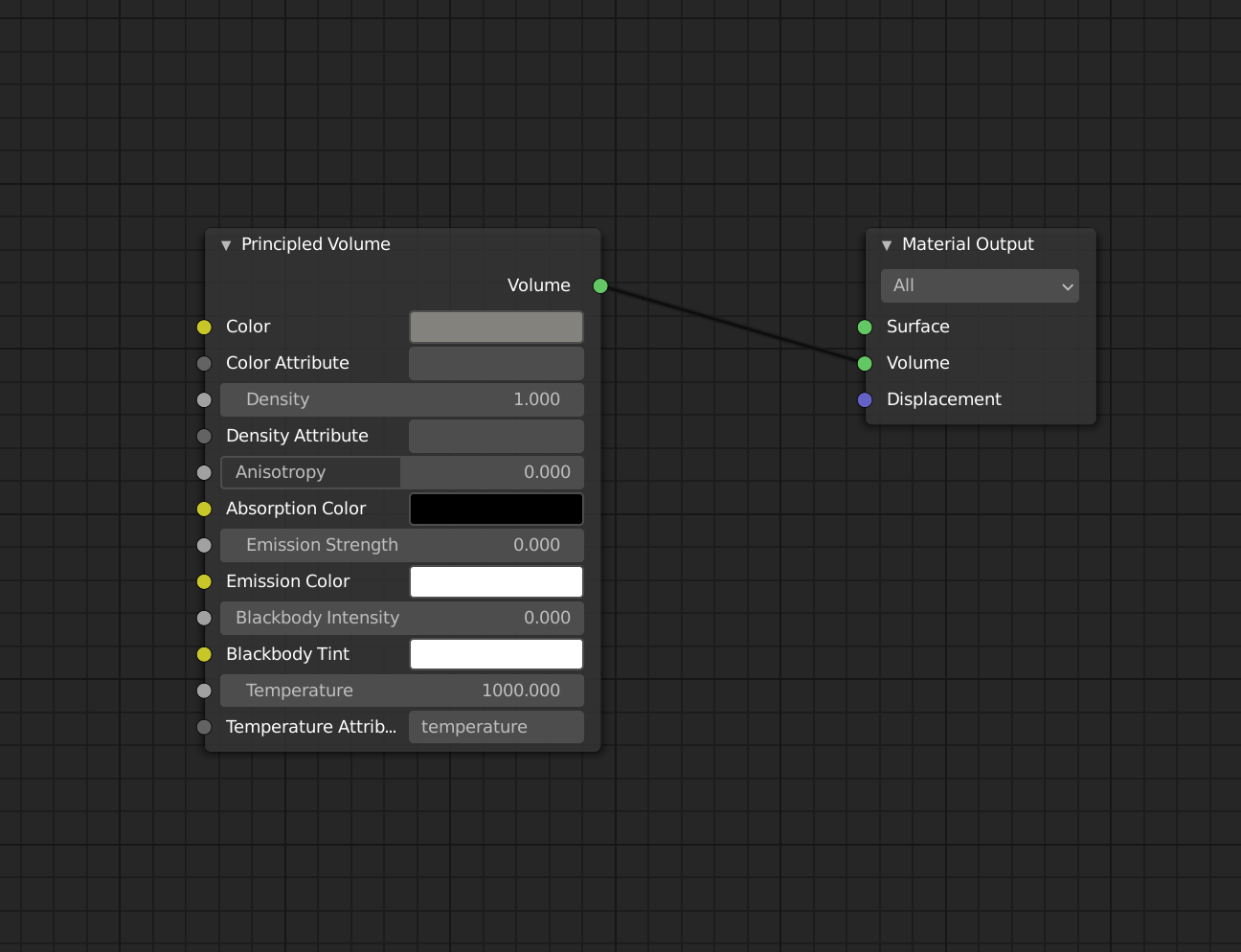 You need to tell the Principled Volume node where to get it's measure of the 'density' of the domain from. You can do this by either feeding a value into the 'Density' socket or you can fill in the 'Density Attribute' to indicate it should be taken from the smoke domain 'density' attribute.

In your case you should be able to simply click on the 'Density Attribute' field and enter 'density' (all lower case). 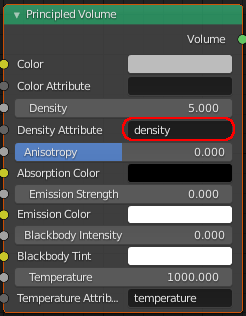 Changing the 'Density' value (just above the Density Attribute) will adjust overall density of the smoke (it acts as a multiplier).

3
Is it possible to bake a single frame of a smoke simulation?
5
Problem when rendering fire and smoke in Blender Render
1
Emitting smoke off a curving mesh
1
Better way for stopping simulations on timeline?
5
Help with smoke simulation scaling and appending
0
Smoke Simulation Dissolve does not work
2
My smoke renders as squares/cubes
0
Pixelated/Blocky Effect in Smoke Render in Blender 2.82a?