Render appears to have z-fighting but render view doesn't

I'm trying to render an orange juice bottle, but the render appears to have z-fighting but render view doesn't, and I don't even know what could be overlapping. Both have 32 samples. The first image is the viewport, and the second is the render. I saw similar issue to this (the person was also rendering orange juice which is funny) but it was because their normals were facing the wrong way, but mine are right. 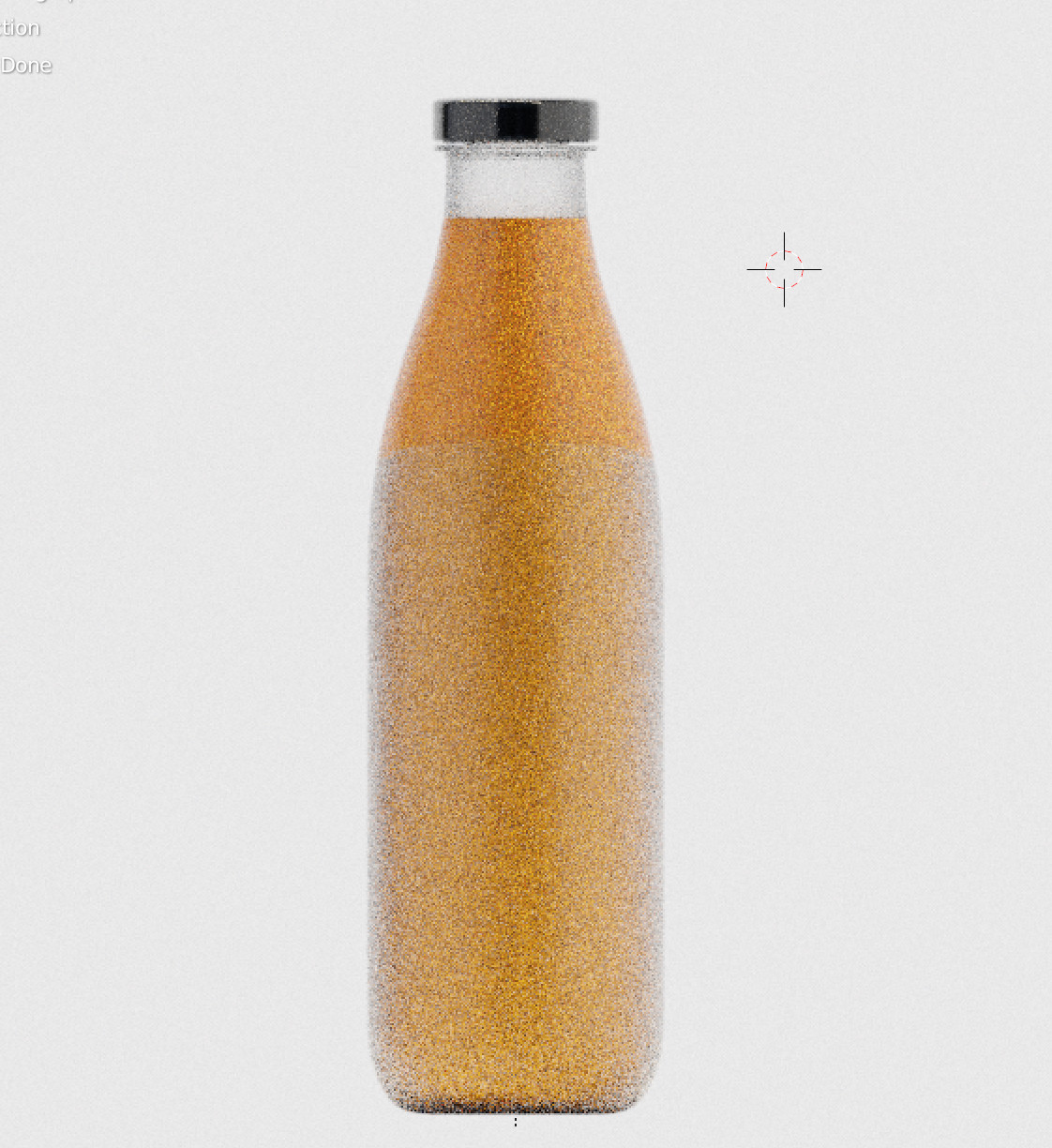 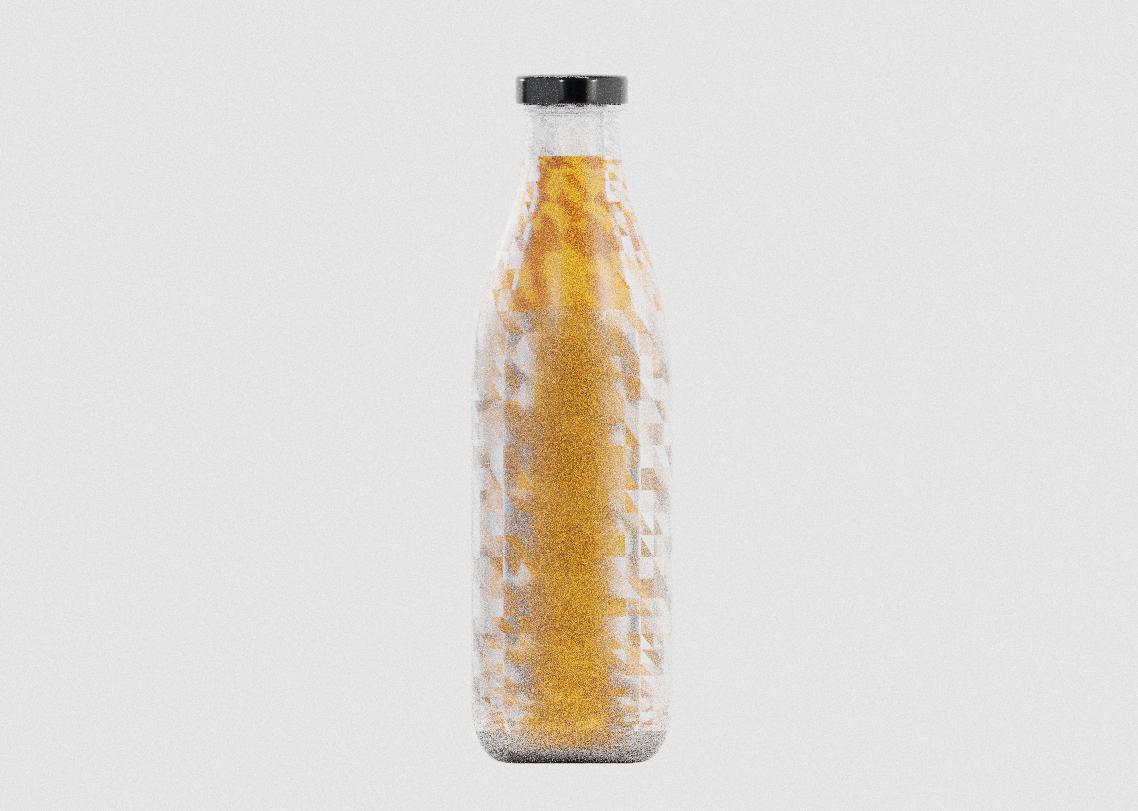 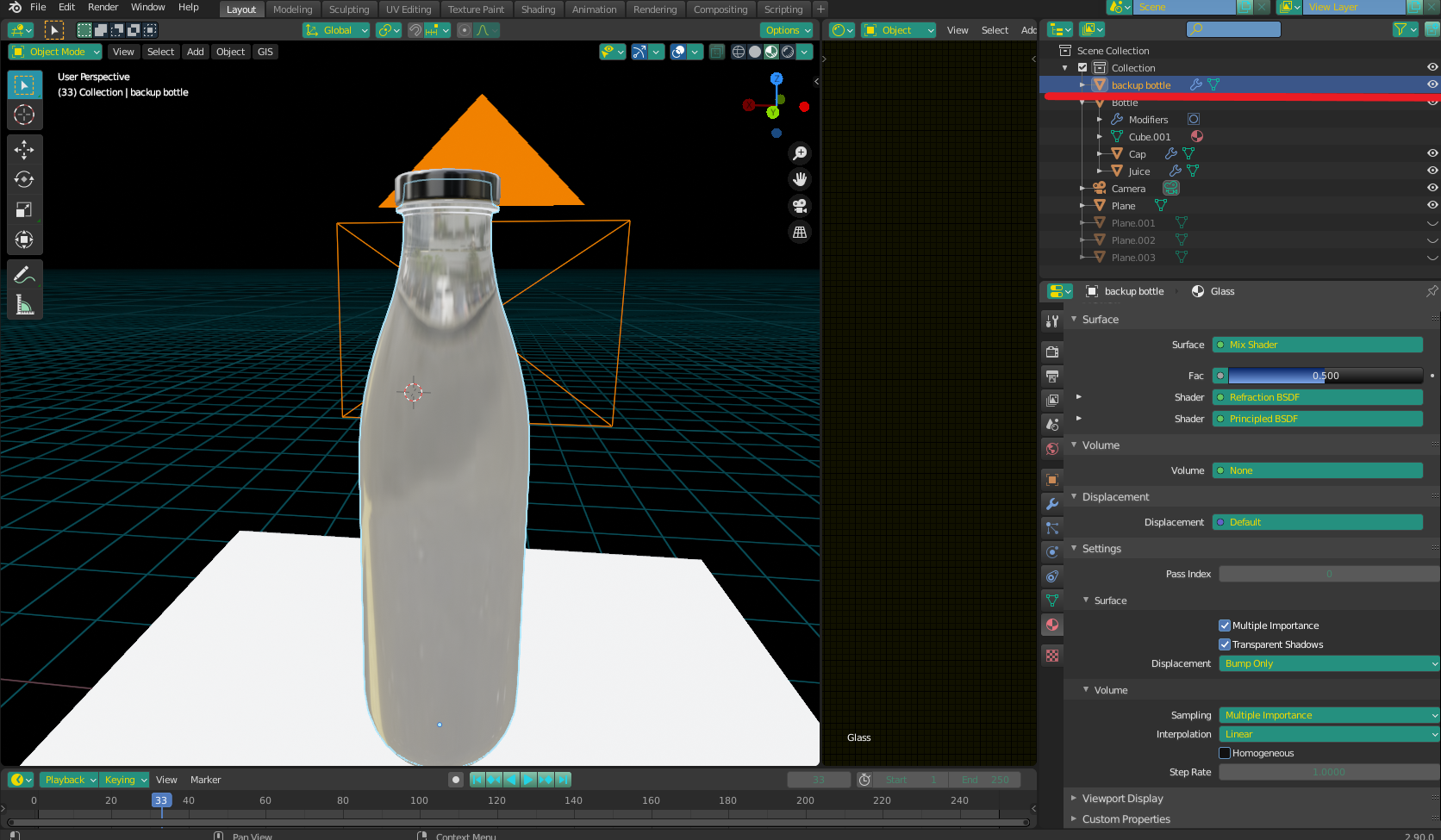 3
Continuously renders a previous rendered version, not what is currently in the scene (Cycles Render)
2
Cycles procedural texture appears in preview, but disappears in final render
1
Cycles Render Engine on but still no Surface Option
0
strange black lines on object when rendered
2
glass of orange juice looks differently in viewport and render image