Basic cuboid collision mesh not lining up with cuboid, bug?

I've tried to just make a simple staircase out of separate rigid body cuboids. I've made this staircase by taking a cuboid, cutting off faces to make it a staircase shape, then filling in the faces needed. Then using the separate option to make each step into it's own object, and turning on rigid body for all of these separately.

I've then placed a floor beneath them in passive type.

However, all the cuboids instantly tip over, rotating about the y axis, and then fly towards the origin. With the cuboids further from the origin flying faster.

I thought perhaps it was because the cuboids were very close together, so I moved them far apart and they still all did the same thing. Even deleting all but one of the cuboids, that cuboid will tip over then fly towards the origin.

I then tried changing the collision shape from the default of convex hull to box, since I'm dealing with cuboids, and when I did this I noticed the collision box is nowhere near the actual cuboids, and is further away for the cuboids further from the origin. I've attached a picture showing this. 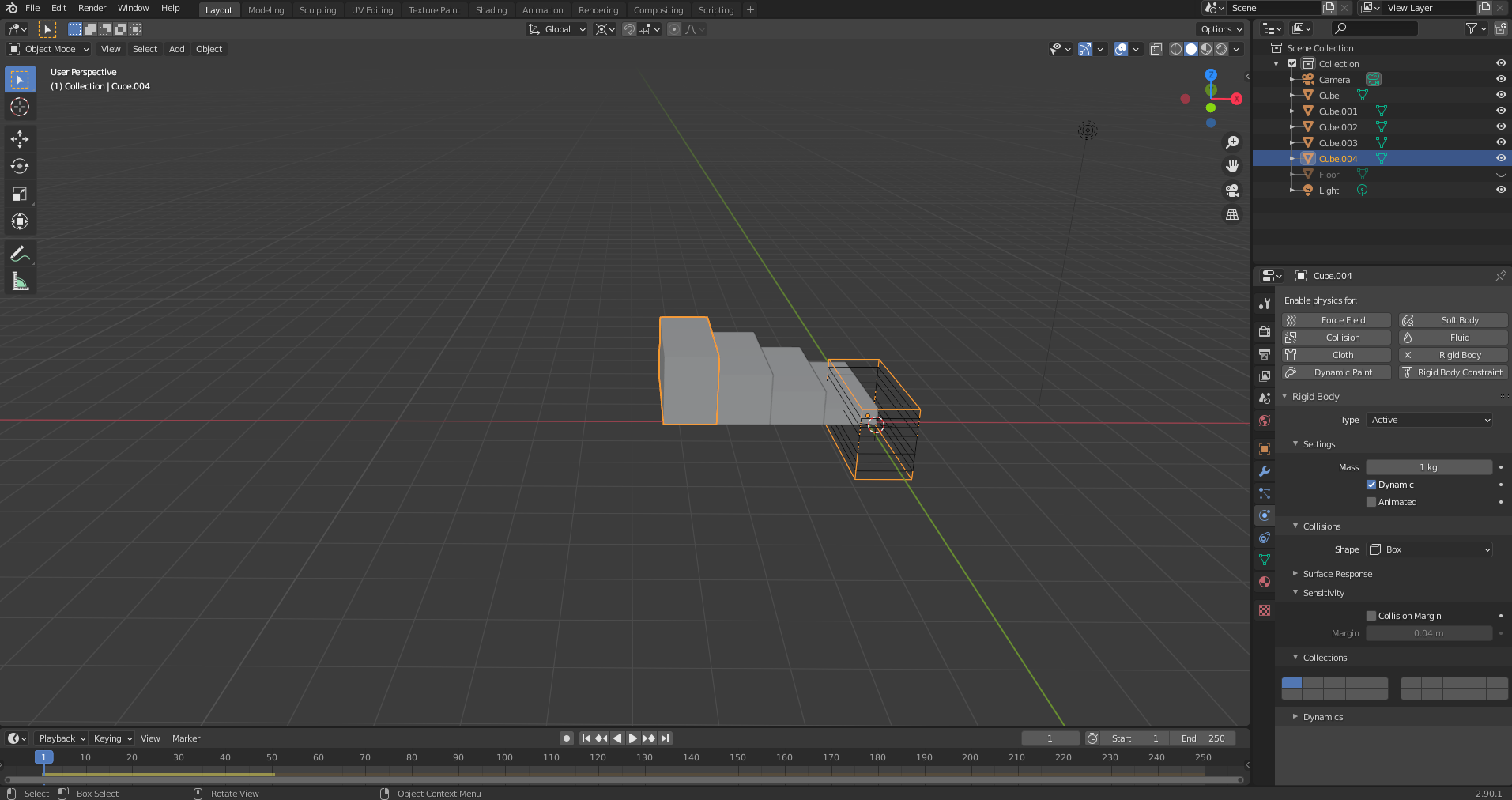 I tried recreating the scene doing the same steps to create the staircase and I get the same issue, the collision box is nowhere near the cuboids.

How do I get the collision box to line up with the cuboids?

Browse other questions tagged physics rigid-body-simulation collision or ask your own question.

4
How to make small objects fall properly with rigid body?
1
Why is my mesh flipping? (Rigid body simulation)
0
Attempting to link a plane with cloth sim to an object with rigid body
7
Cloth collision with an object
6
How to improve the accuracy for a rigid bodies
0
How to get rigid body to collide with inflated soft body?