I am using Blender 2.90.1 and I want to add that nice tiny bevels (so called brick seams) to a simple 1x4 LEGO brick (imported as OBJ file) using bevel modifier which doing its work very nicely with standard Blender cube (as seen in zillions of online tutorials about the bevel modifier).

But when I apply the same bevel modifier with the exact same values to the LEGO brick model, it extrudes edges of the LEGO brick erratically in all directions.

When I change the LIMIT METHOD to Angle and set it to 45° (or to any other angle) - as I need to bevel only edges under/above specific angle, it does nothing at all.

I guess there may be some sort of problem with the mesh defined inside the OBJ file, cos when I deleted all the faces except the side ones and re-apply the bevel modifier with amount value increased to 1m this is what happened:

For anyone willing to test it I uploaded the LEGO brick obj + mtl file to zippyshare here: https://www111.zippyshare.com/v/ZMN8UVNM/file.html

All the surfaces - cube and LEGO brick - are triangles.

My question is how to make the bevel modifier work with the LEGO brick mesh?

The topology is bad:

The obj file has most of its faces seperated by smoothing groups. Since they aren't connected the bevel modifier has no edges to work with.

To fix this, go into edit mode and select all vertices and use "merge by distance" to combine them. 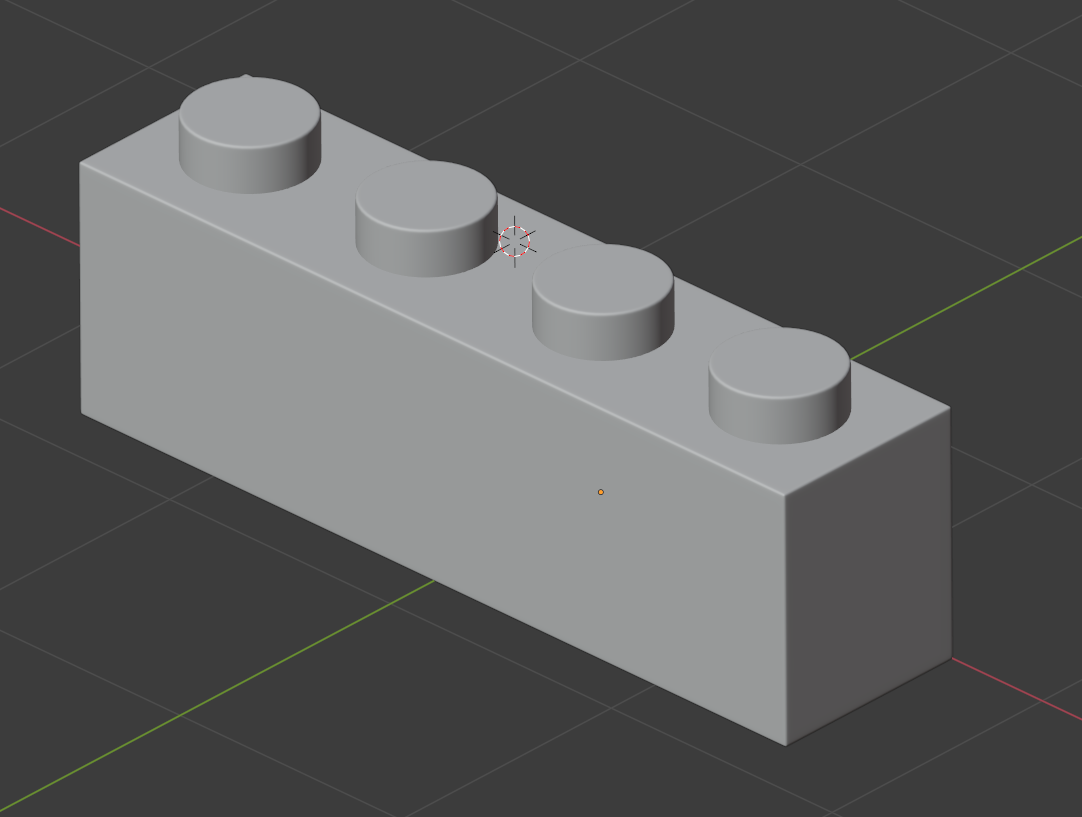 Without seeing the wireframe of your LEGO brick, it is hard to tell for sure what is going on. Probably "Clamp Overlap"(under "Geometry") is on and limited the width of the bevel, at least when you used limit method = Angle. But beware that just turning off Clamp Overlap is unlikely to make you happy, because that option is there to prevent a bevel amount that causes overlapping geometry.

However if Clamp Overlap is the problem, then I am confused as to why you get a noticeable bevel with no limit method. So other things to check:

Not the answer you're looking for? Browse other questions tagged modifiers edges bevel or ask your own question.

0
Smooth edges on a custom object
10
Is it possible to get automatic smooth edges with flat faces without adding geometry?
1
Bevel modifier buckling bug
3
Bevel only certain edges with Bevel Modifier
1
Arc miter bevel creates miters on straight edges
1
Boolean modifier shows object as hollow at the cut out
2
Bevel modifier doesn't do anything