I'm very new to Blender. I used it to create a simple water simulation successfully with a domain, collision effector, and an inflow. I'm using version 2.90.1

I'm trying to get Blender to run water through this tool I have. I have set one sphere(part from solidworks) as an inflow. The rest I set as collision effectors, assuming this is the correct selection to act as constraints to the water flow. I also tried Flow > Geometry.

My issue is after baking, I do not see the water flow through the model. Does my part have to be modeled in Blender to be able to apply physics to it?

The model blinks as it's running the clip, but I don't see any fluid simulated.

I read on another post to set to final resolution, but I have not been able to find this option in version 2.90.1

I would highly recommend some Fluid tutorial to start with.
Mainly to understand how domain works.

Q: Does my part have to be modeled in Blender to be able to apply physics to it?

Sure, it doesn't. For Inflow / Outlow also a Cirle object or IsoSphere with much simpler topo will works as well. Just for a 2D objects like a circle or plane enable "is Planar".

Q: The model blinks as it's running the clip, but I don't see any fluid simulated. 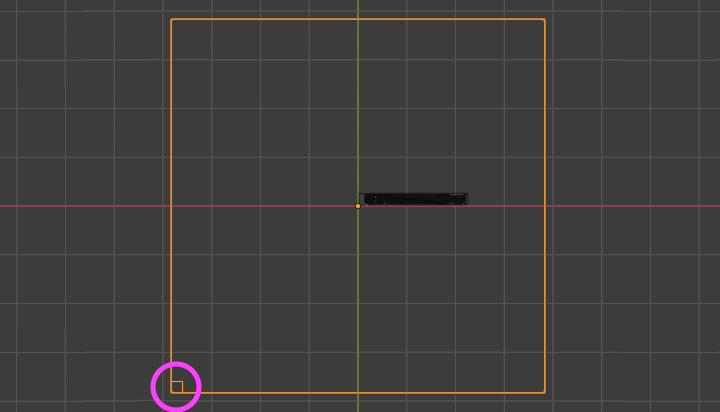 Just for a test - If you scale down the Domain and run Play (with Cache type Replay so you can see result without baking) tube is going to be filled by liquid.

I guess the object's real dimension is in centimiters (or milimetres) so I would start with scaling all down with Scale S 0.0001 to get like 20 cm and Apply Scale Ctrl+A.

Adjust Domain dimension into a rectangle necessary to cover liquid space and adjust Fluid > Settings > Resolution Division like 1024 to get enough details and let liquid get through thinner parts. Nicely summarised basics - https://blender.stackexchange.com/a/50869/2214

Note: Resolution Divisions number is a value dividing the longest edge of domain.

Note: If you would like to keep the huge dimension of objects you would have to adjust Fluid - Settings - Time Scale from 1 to 10. Like now you operate in kilometers so your liquid moves slowly as giant waterfall.

League - Im not sure how exactly luquid should to flow inside the object, but you can see liquid league (penetrates) through some parts of the object. And all tricks I know to solve it failed for me for this Resolution. For Mantaflow you can try to enable Remove Air Bubles or increase Subframes. There is possible it is because of bad topology in some parts of the mesh.

Increased resolution (tested 128) solved the issue, but liquid seems to me too much detailed for that scale and calculation is too slow even for this segment.

Surface - blender's original fluid solver did not handle obtacles well Mantaflow has a feature Delete in Obstacle that erases all parts that goes through Collider, but surface is not following a surface yet. So I used Flip Fluid addon, that is still faster and with a three options how to solve surface arround obtacles. Check this tweet https://twitter.com/FlipFluids/status/1113907615271145480 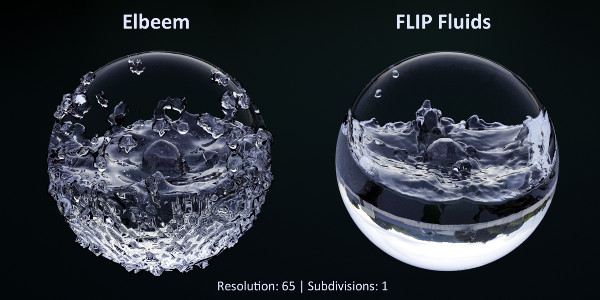 3
Prevent fluid to flow through the walls of an obstacle

17
Why does the water keep escaping in my fluid simulation?
6
Problem with fluid simulation, cannot get fluid to move up a thin pipe
1
Animating a fluid water fountain
1
Fluid Simulation: an object set as outflow doesn't remove all the "water" mesh
8
No "obstacle" option in fluid type
0
Having an issue with mantaflow fluid simulation with flow object inside of another object