Backfaces give strange results with Fresnel Node in Cycles

I'm trying out a fairly common material setup, mixing a diffuse and a glossy shader with a fresnel node. My issue is that my material has some backfaces owing to its construction. They render correctly using either shader on their own, and if I look at their normals plugged into an emission shader they appear to be treated correctly.

However if I use a fresnel node, the results come out strangely, as if the backfaces normals are being treated as flipped (I know of course they really are, but surely this should be ignored when rendering?).

Here's an image showing the issue:

I know in most circumstances the solution would be to recalculate the normals, but the mesh I'm working with is a thin sheet that you see both sides of. Is this a bug or can anyone suggest a workaround?

If you use the Fresnel node that has an IOR, then this is the correct behaviour, as the IOR is computed taking the direction of the normal into account.

A quick solution would be to use the layer weight node and select "Facing". You can alter the effect using an RGB curves node afterwards. Fresnel is basically "Facing" with a blend of 0.5 and an exponential curve afterwards: 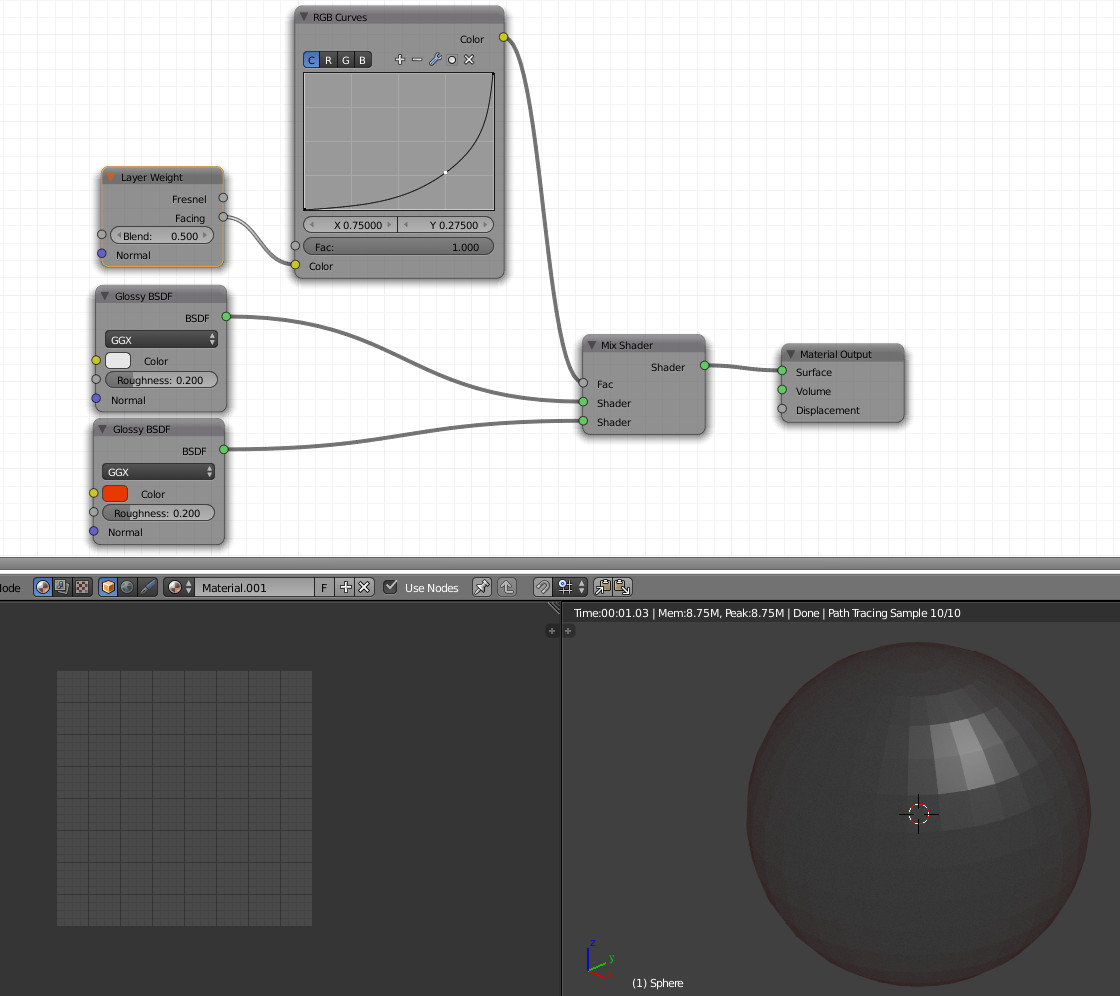 The example above uses exactly the same normal setup as you do, but by using "Facing" the flipped normal faces are treated the same as the regular ones.

So Greg Zaal tweeted me an even better answer, which is to take the inverse of the IOR value for backfacing faces as in the node setup below:

Not the answer you're looking for? Browse other questions tagged cycles-render-engine node-editor normals or ask your own question.