I'd like to make a scientifically accurate animated snake using particle objects (and no, sculpting or bump mapping won't be realistic enough because real scales don't actually shrink and stretch when the snake bends, they overlap or move away from each other, like particles do).

As per this answer Particle Object to Inherit Uniform Colour from Emitter I managed to get the scales to have ONE color sampled from the emitter thanks to the "from instancer" checkbox. 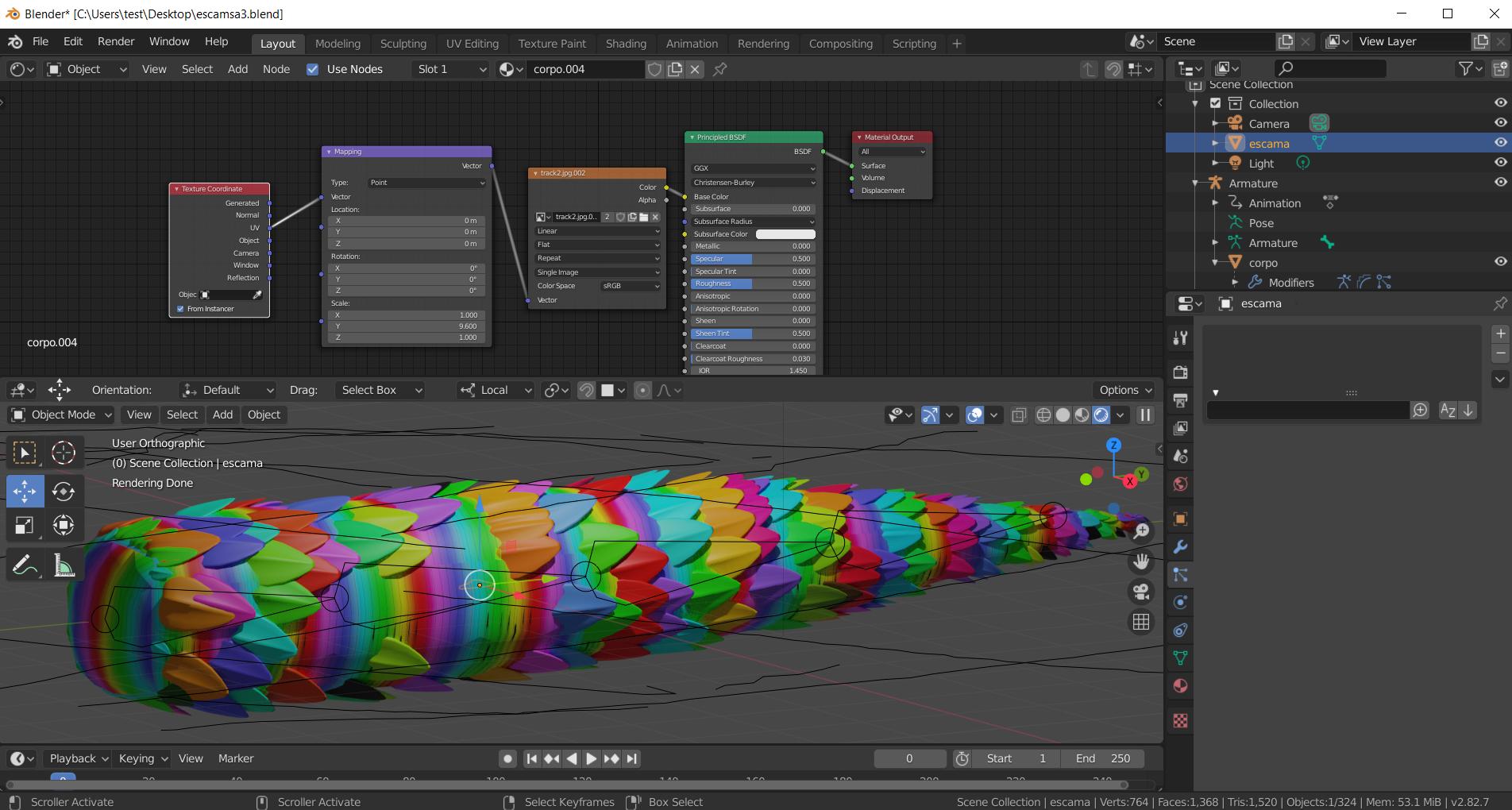 Cute but not good enough!

Real snake scales have multiple colors EACH, they're not actually pixilated! 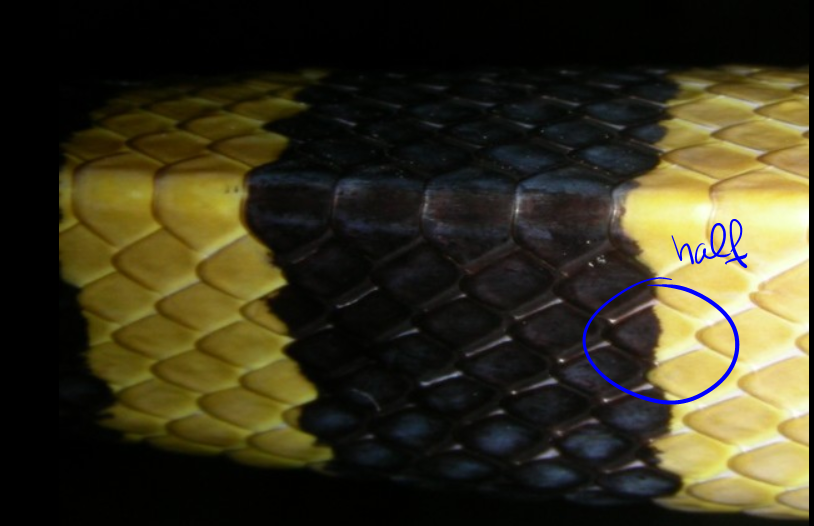 So this is what I hoped to achieve, an imitation of real life:

This would not only make my snake 100% realistic, but also make my life easier as I would only have to paint a pattern onto the body mesh which then reflects perfectly onto the scales... but even though I tried to follow the instructions from the follow-up answer on the previously mentioned post, which supposedly would make the scales go "chamelleon-like" just as I need them to, I can't for the life of me get it to work!

each scale has the same rainbow as the entire body, rather than only copying a small area in their vicinity... 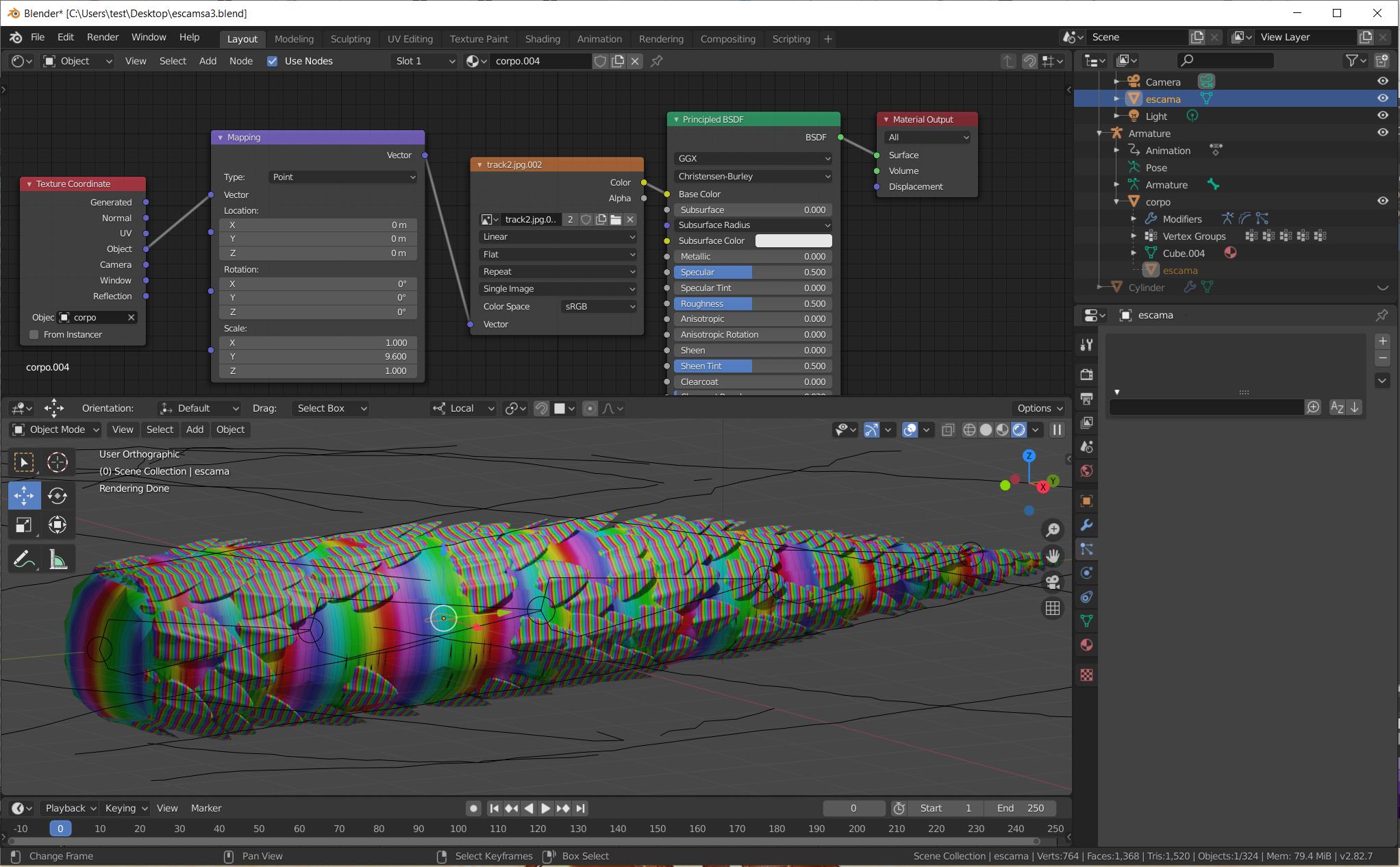 Any help will be appreciated!

Use UV From Instancer to offset a large UV gradient. So a scale shows not just one point from the texture but a small area around. 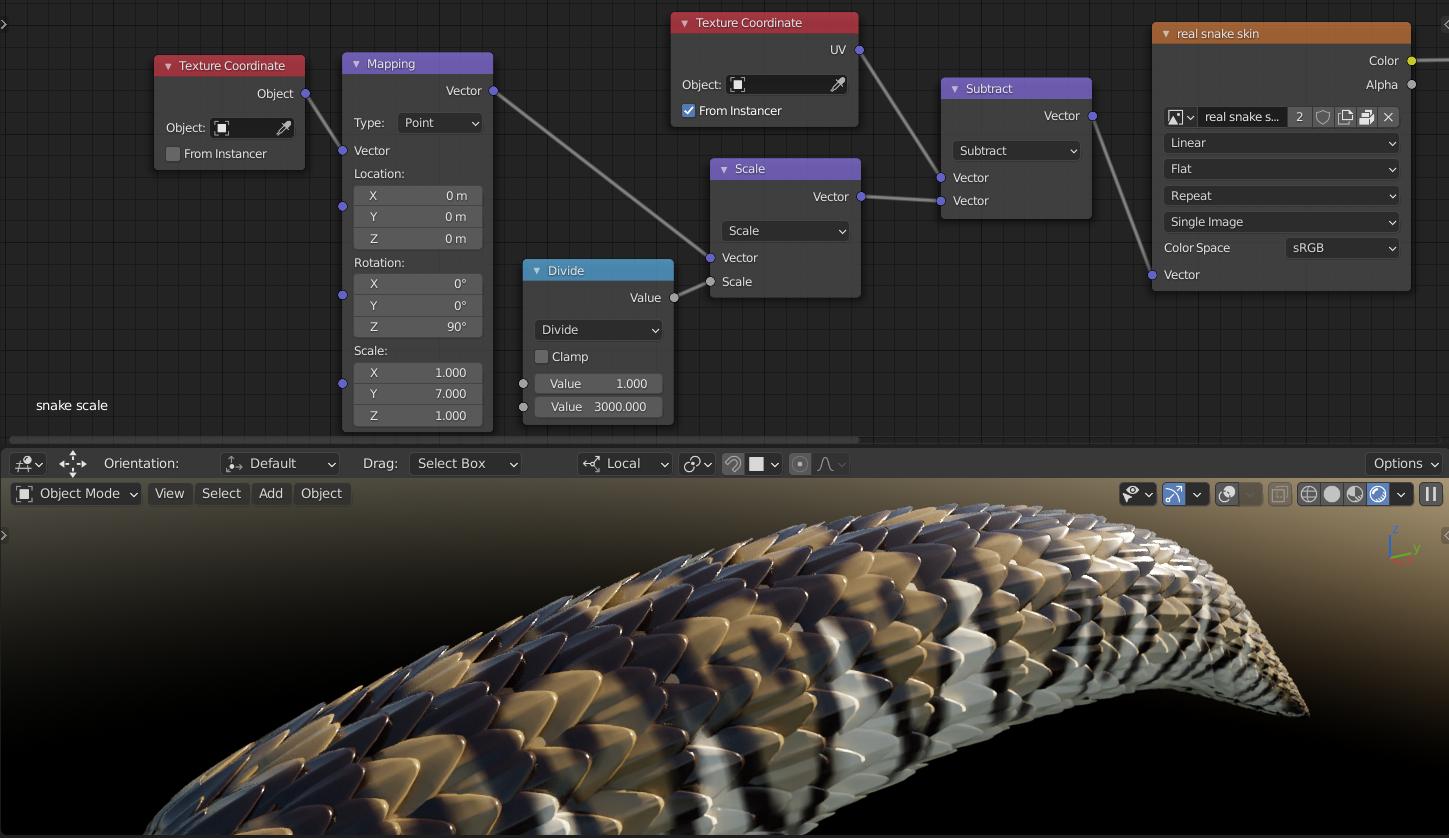 I've simplified the node tree from unwave's solution above by changing the "Texture Mapping Type" from "Point" (which scales the coordinate system) to "Texture" (which scales the texture itself). In order to achieve the same relative movements between the texture and the texture coordinate system, the rotation around the z-axis had to be inverted from 90° to -90° and the scaling factor from 1/3000 to 3000. The scaling factor of 7 for the y-axis in the "Mapping Node" (set to "Point") had to be taken as divisor for the scaling factor 3000 in the new mapping node (set to "Texture") giving the value 428.571, but here for x and not for y which gets the undivided scaling factor of 3000. I've further simplified 428.571 to 300: 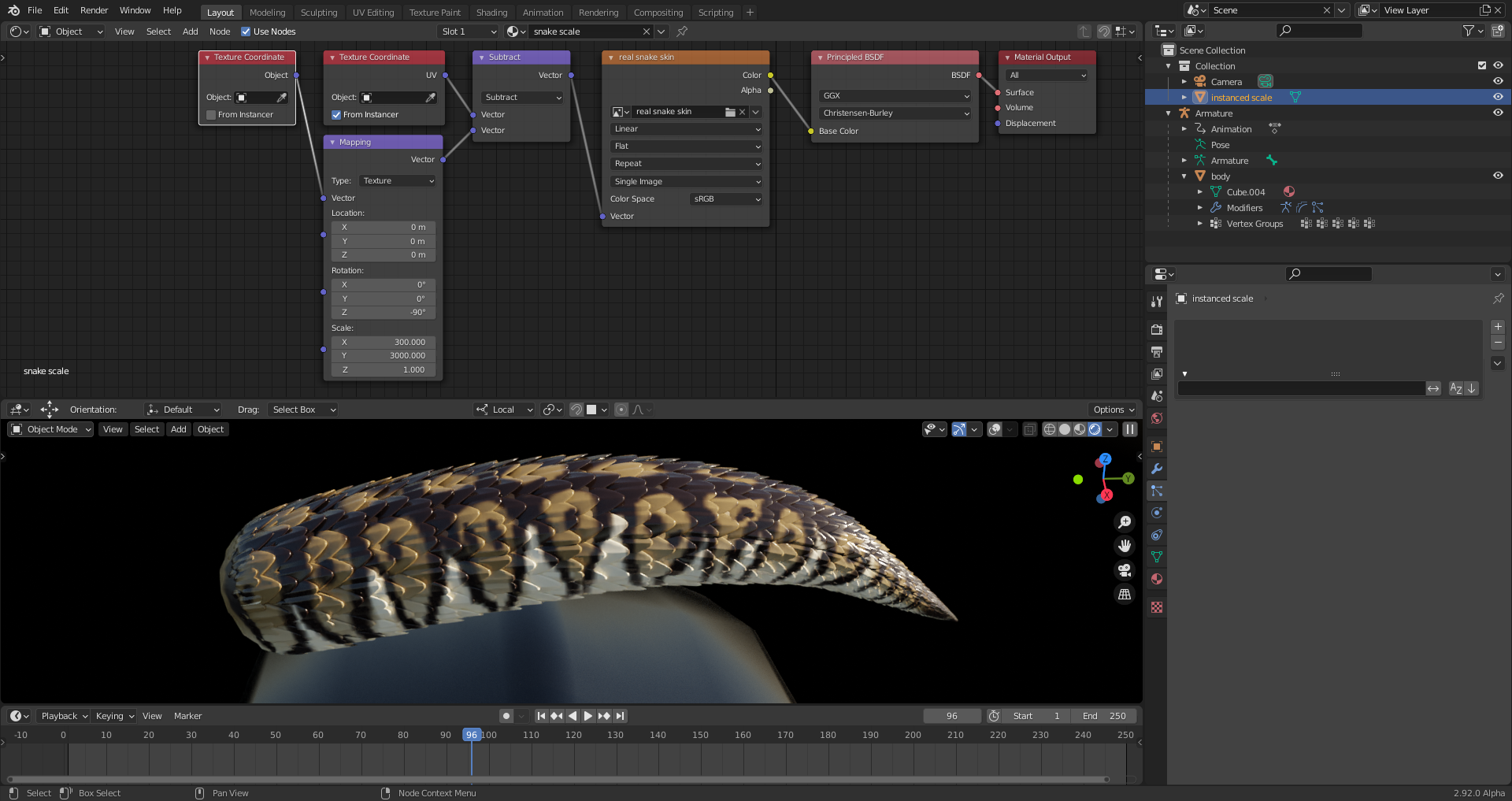 Not the answer you're looking for? Browse other questions tagged particles texture-painting coordinates instances or ask your own question.

10
Animation Nodes: How to create faces from a Particle System?
6
How to project UVs from one object to another?
0
Particle Object to Inherit Uniform Colour from Emitter

4
How to give a variable rotation, scale or location offset to dupligroups objects?
0
Color hair particles by emitter's texture
4
How can I assign a different image texture per particle?
0
How to Tweak Dragon Scales Scaling from a Particle Emitter
3
How to get modifiers of instanced objects to to refer to their respective object?