I have the following scene with multiple objects: 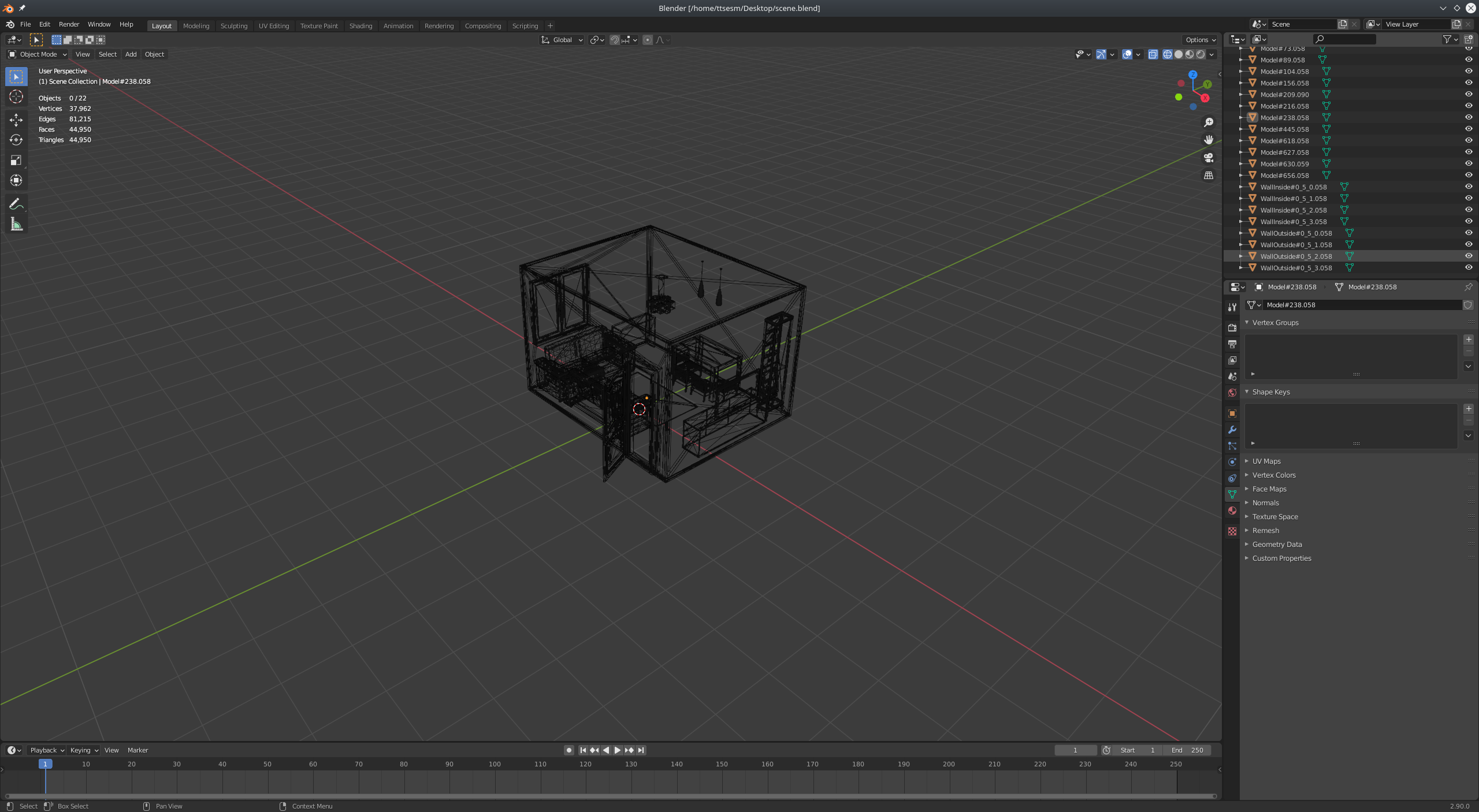 It is mainly a cad model so as you can see some of the faces on some of the objects are different larger in comparison to some others. What I would like to do is to subdivide at least the big ones if not all of them (considering that some small ones which would fulfill the area threshold are long they might also need to be restructured) so that they fulfill an area constraint. Also I would like the new subdivided objects not to lose their material/size/name properties.

Moreover, considering that I would need to do that for a bunch of scenes (to the extend of a couple of hundreds) I do not know whether it would be possible to address the task in a GPU mode or something (to be honest since I haven't tried it in practice, CPU might be fast enough).

I found a similar thread here subdivide all faces whose area is bigger than 1mm until each face area is smaller than 1mm but the solution is described in UI rather in a python script which I would prefer.

Testing the solution below from @batFINGER with the remesh operator did not give the desired result (I've tested it with the settings 'SHARP' and octree_depth=7-10, which they seemed to be the most relevant to keep the initial geometry intact). Moreover, it seems to destroy the UV texture mapping which I do not want if possible. I've tried dyntopo from the UI, but it also seems to create problems with the texture mapping and keeping the initial geometry intact. 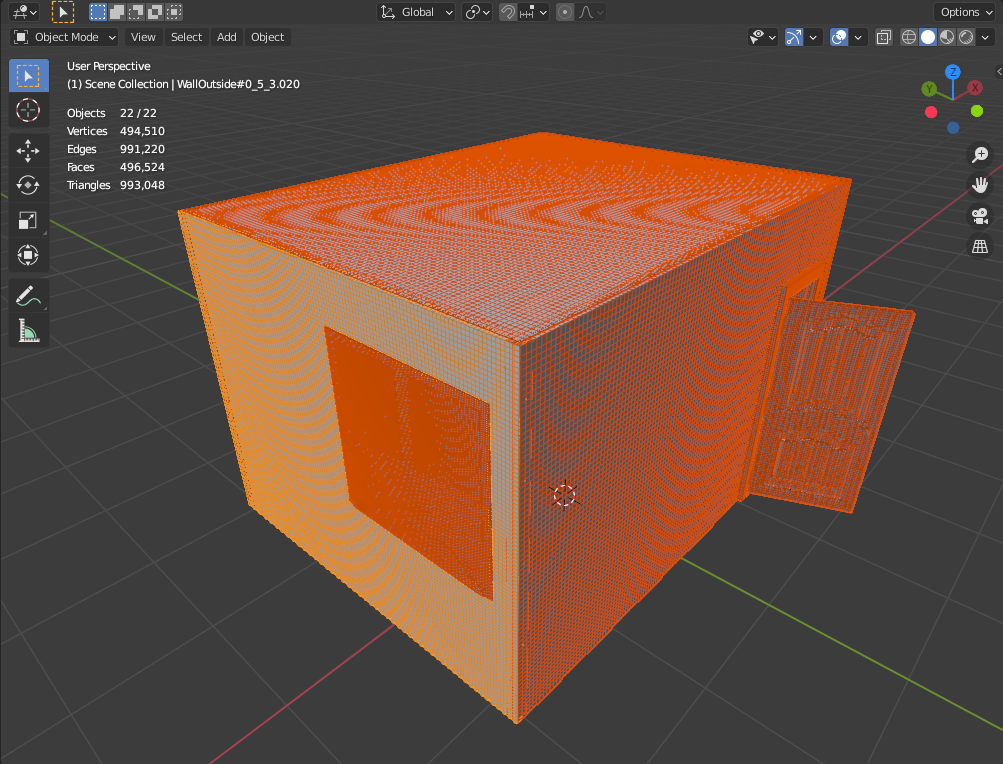 From what I understood if I want to keep the geometry intact I really need to create a lot of tiny faces which I do not really want and still this is not warrantied. For my case the size of faces that the furniture have should be sufficient also for my big plane objects, i.e. ceiling, floor, walls, etc.

Thus I've tried to follow some of the examples given in the following links:

and I 've written the following code where I am trying to subdivide my objects based on the edges length:

But it doesn't really seem to work. If on the other hand subdivide all the edges with with a fixed cut then it seems to work but again all the edges are cut in a similar way which is not what I want.

For example this is the output with a fixed cut of 5 in the walls and ceiling: 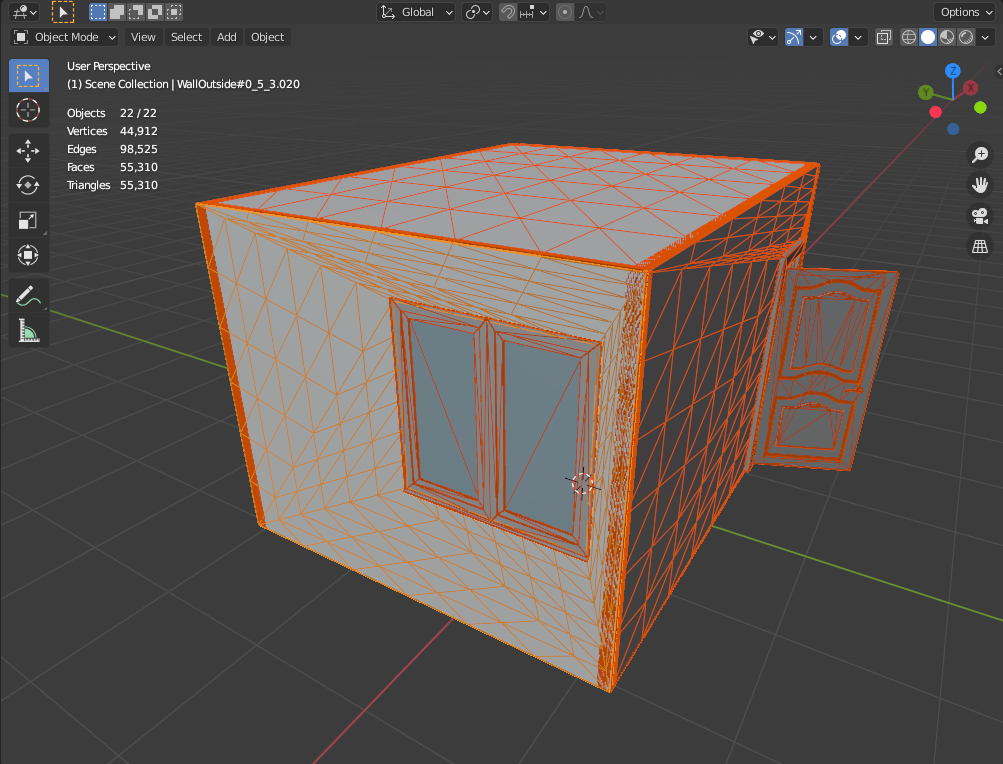 The output seems fine except the faces in the boundaries with the long edges which are getting messy (this is also something that I need to find a way to address if possible).

Any idea why my for loop for subdividing the edges by cut does not work. Any other suggestion for addressing the problem is also welcome.

One of the answers linked to recommends using the remesh modifier, without looking into what would be the correct settings, ie this is the code to "do it" but haven't investigated the settings, and what values to set.

Loop over the objects, add a modifier, get the deformed mesh, remove modifiers update mesh.

Not the answer you're looking for? Browse other questions tagged python scripting subdivision-surface or ask your own question.

2
How to subdivide mesh with Python and Blender 2.8?
3
How do I subdivide a cube via scripting?
1
Place objects on the center of the ground plane and maintain structure via python script
1
Subdivide in GUI vs Subdivide in Python
0
subdivide all faces whose area is bigger than 1mm until each face area is smaller than 1mm
1
When I subdivide a face, how do I get each face from the result in Python?

5
Cut BMesh with python
3
Removing doubles on imported 3DXML ngon mesh
2
cycles adding texture to face via python / import script
0
How to use "bmesh.ops.subdivide_edges" on selected edges
1
Can I use the API to select an edge or face by length / area?
0
Weird Faces when using SubSurf
1
Cleaning script to cut face edges
1
Apply subdivision surface modifier to one axis only (round edges)
3
Read particular edge length and save its values as UV coordinates
1
Is there a way, maybe by an add-on, to subdivide mesh faces, in edit mode, at a fixed step?