Let's say I have a set of meshes that I duplicated with Shift-D and then distributed around the scene. And then for some reason I accidentally manipulated some of them in edit mode rather than object mode.

I then decide I'd like to go back and relink the object data and woogh, I have to figure out how the heck to match a new object transform to where the old mesh was.

Considering that the mesh still has 99%+ of it's bounding box / median point / vertex distribution type stuff in the same shape, if not the same place, is there any means, method, script, or other facility to compare these and correct the receiving object's object-space parameters to apply the other mesh to it but remain in the same physical space?

So, I ended up solving my original problems, which were all translation based, by setting all of the object's origins to geometry / center of mass with CtrlAltShiftC, and then doing the dirty CtrlL business.

I'm still curious if it's feasable to fix rotations, given that the objects all have basically identical meshes. Say, I have this case, where the objects were shift-D duplicated and then for some reason had their rotation applied. Say, in this example: 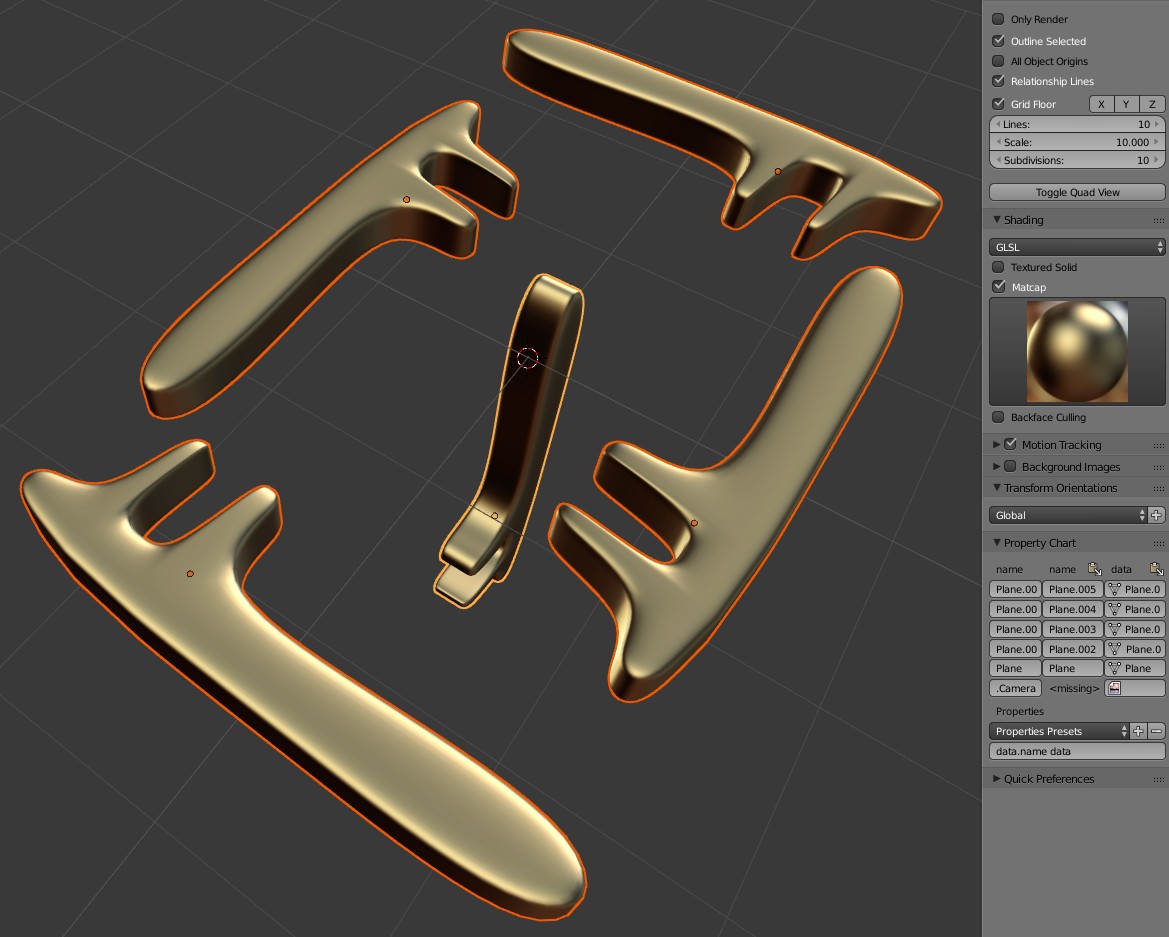 Relinking the objects to one mesh does this: 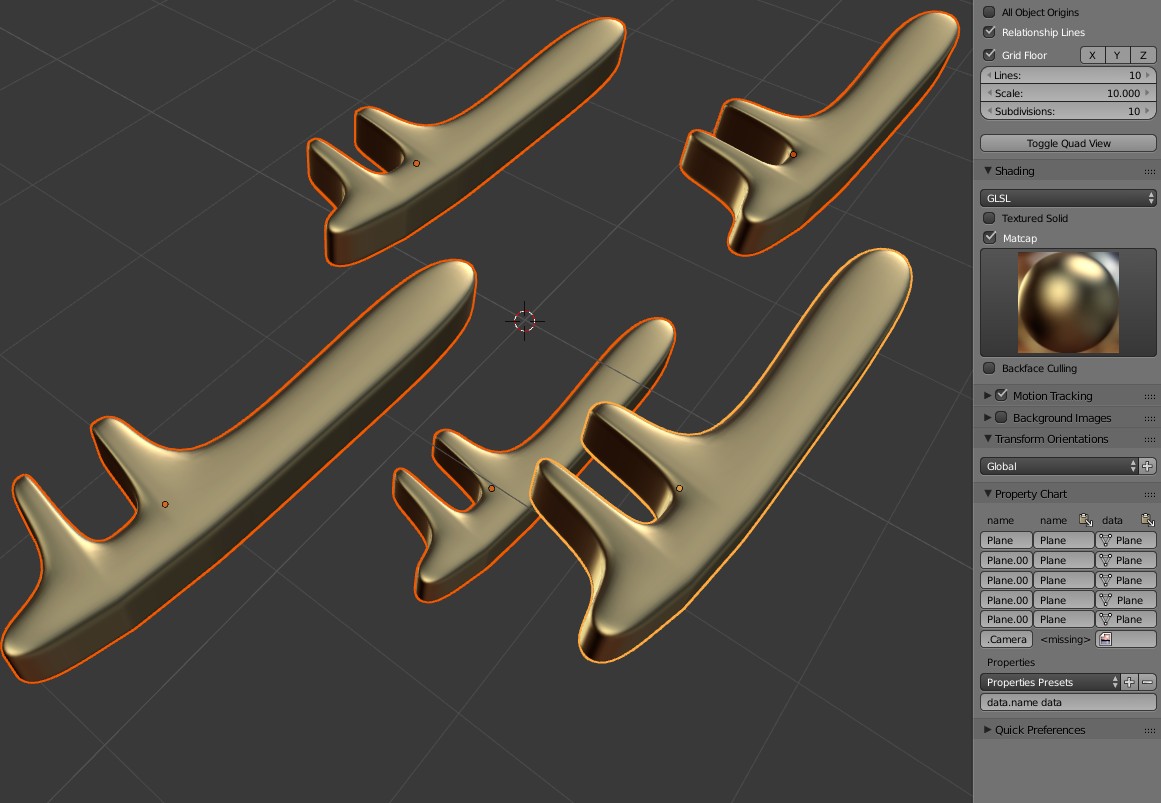 It seems like it should be possible to automatically recreate the rotations during relinking, given that the meshes and centers are identical, but I wouldn't even know where to begin with doing that.

(Also, if anyone's wondering what they're looking at, that's what happens when I give myself 60 seconds to make 'something vaguely like a spanner')

0
Do not rotate when linking objects

3
Why isn't parent offset visible? Any tools to help?
17
Simple way to creating vertices at intersecting planes and deleting leftover internal planes?
4
Unlink all connected objects at once
0
Why some objects are not mirrored?
1
If I press Shift + D to duplicate an object will it always be just one copy?
0
How to Copy ( CTRL L ) Object Data to Many Objects while keeping all their Transforms ( Location Rotation & Scale )
0
How do i snap a copied part of a mesh to the parent of the mesh, wiht a distance created by edge?
0
Reparent object with transformations of new parent