Walls on cross section of a solidified object look hollow

When I cut a solidified object (with Alt-b) to see how it looks inside - its walls look hollow (see picture) on the cut plane (but remain solid were they were not cut). How can I make the walls look solid/full also on the cut? (Blender version 2.82.7) 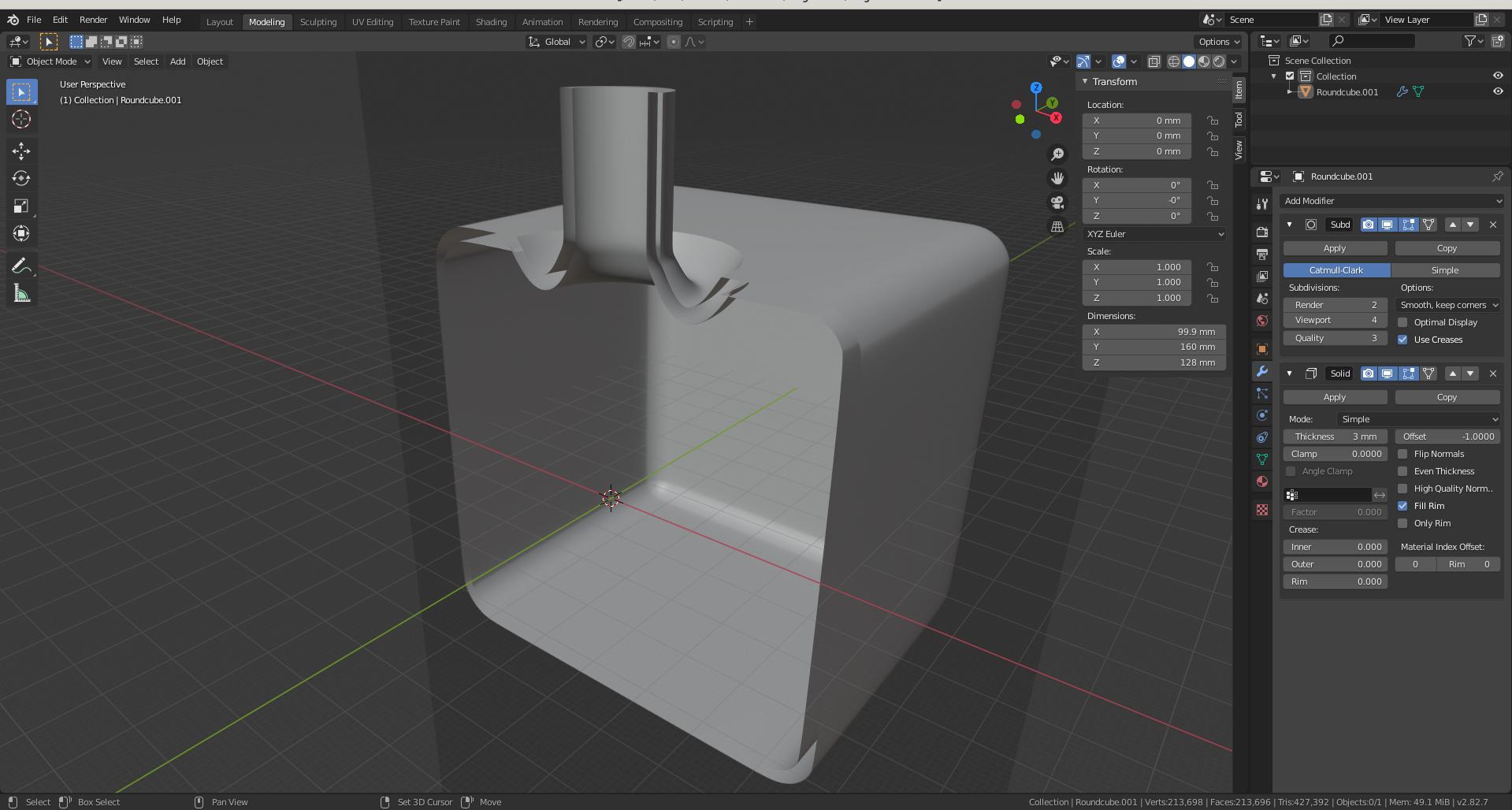 The only way to do this is by using a boolean modifier (which is non-destructive and reversible, until you apply the modifier, so just don't ever apply the modifier). The object that you use to drive the boolean can be hidden the whole time, and you can quickly toggle the visibility of the effects of the boolean modifier by clicking the buttons at the top of the modifier; camera button disables visibility in the render, and desktop button disables visibility in viewport. So you can just always keep the render visibility off, and keep the viewport visibility usually off but quickly toggle it on for those screenshots by just clicking the button and then toggle it back off. It's not as quick as Alt-B, but it effectively does exactly what you're explaining you want in the question and in your comments.

2
How do I create a solid object/cube
0
How to make the surface look smooth, i have used the modifiers
1
boolean modifier fills up the intersection area
0
Boolean problems, object is left as a hollow mess
2
How can I apply a different material during / after using “Solidify” modifier?
0
Boolean Difference on Hollow Object