I thought I understood the curve modifier, but after walking through this simple sequence, I'm more confused than I started.

I start with two copies of the same thing. A cube and a Bezier curve. Each cube has a curve modifier with its respective Bezier curve as the curve object. 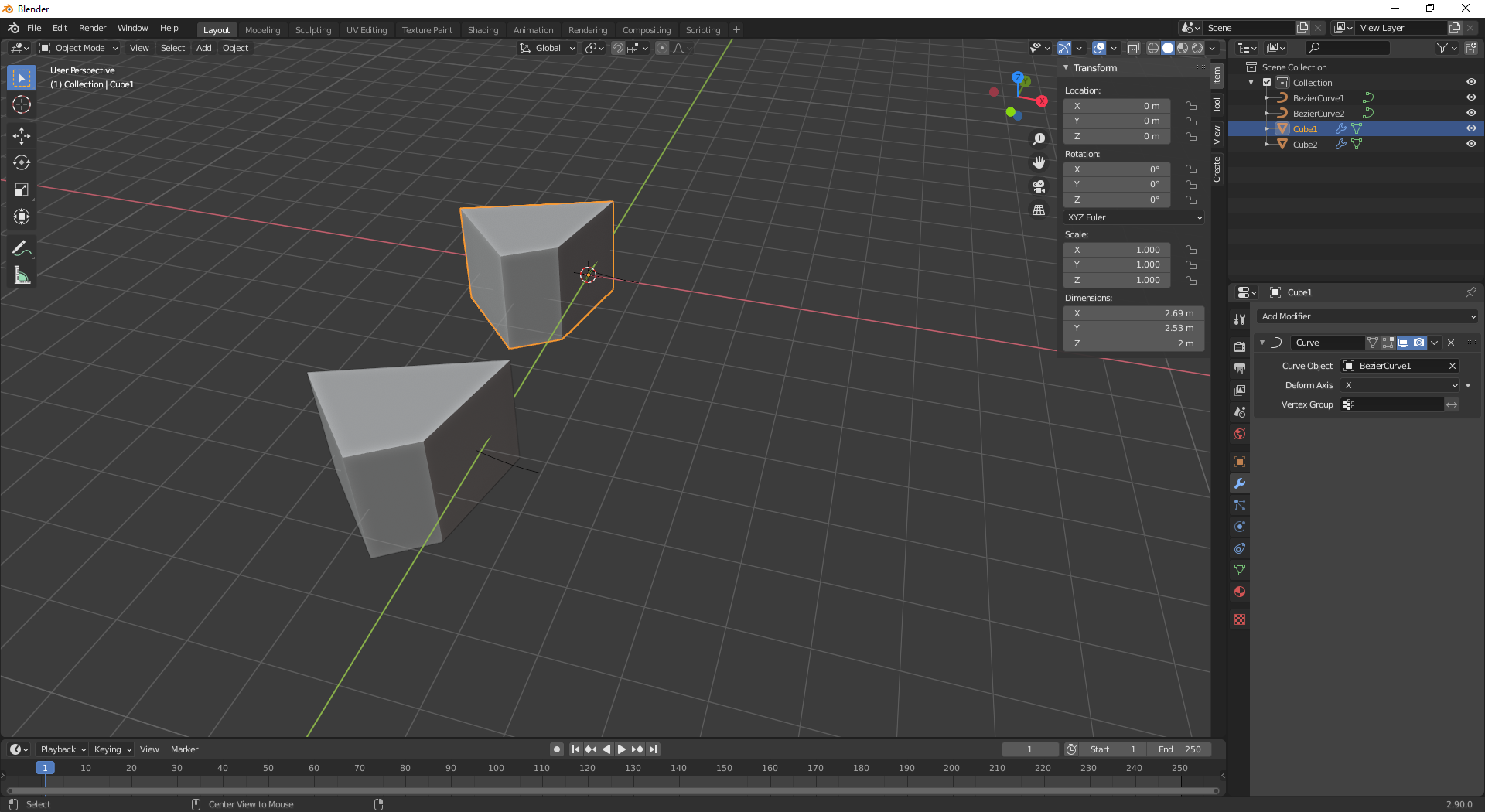 I then proceed to scale BezierCurve1 by 5x in object mode leaving it with a X, Y, and Z scale of 5. I scaled BezierCurve2 by 5x as well, but I did so in edit mode. The X, Y, Z scales for BezierCurve2 are therefore 1 (not shown). 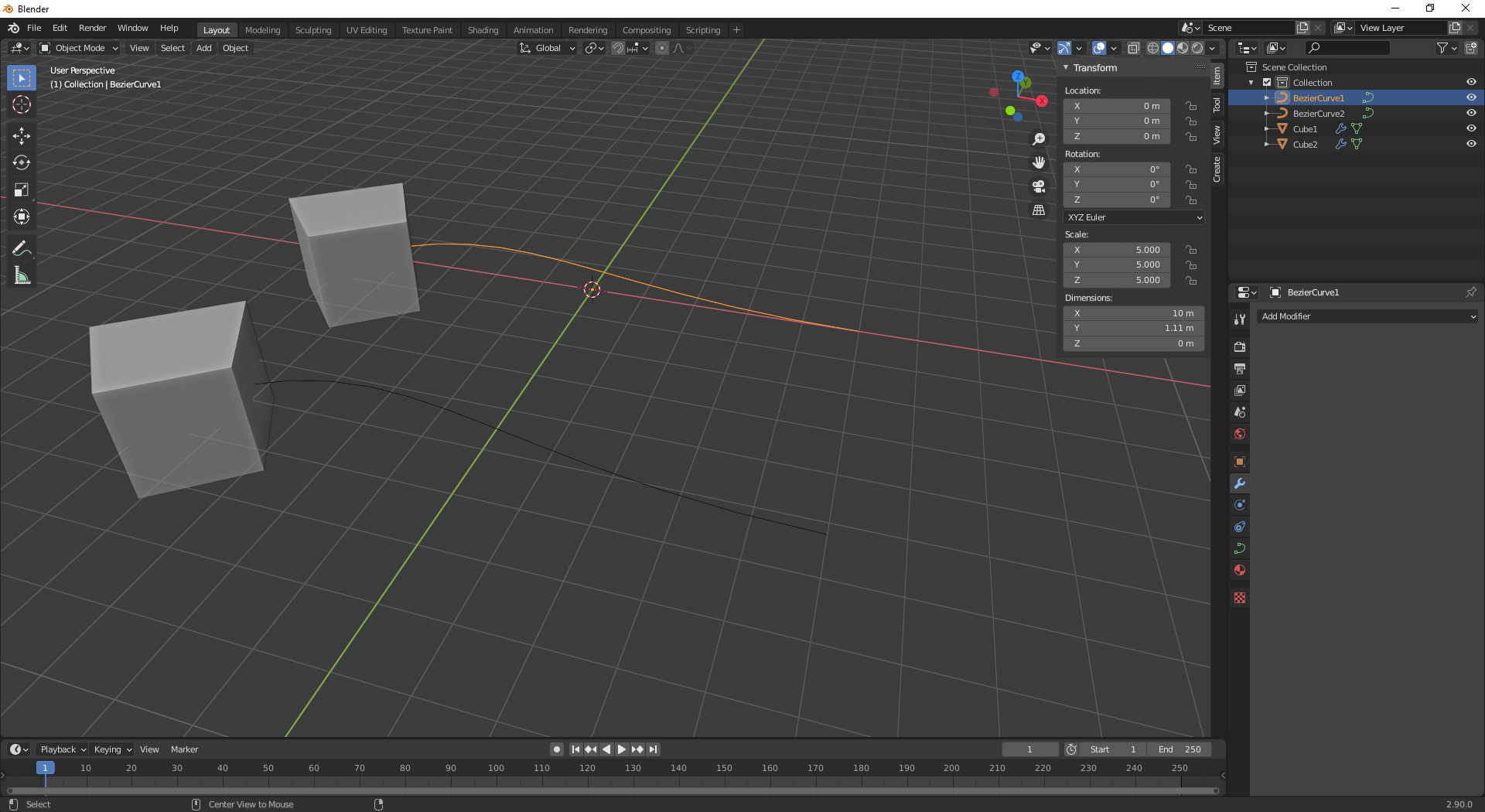 Now comes the part where I'm confused. I applied the scale on BezierCurve1 and now I (mistakenly?) believed that the two sets of objects should be identical. All objects have their X, Y, Z scales at 1, the vertices are all the same (except for the offset along the y axis) but apparently not so. The modified Cube1 is now stretched in a strange way that I cannot explain. 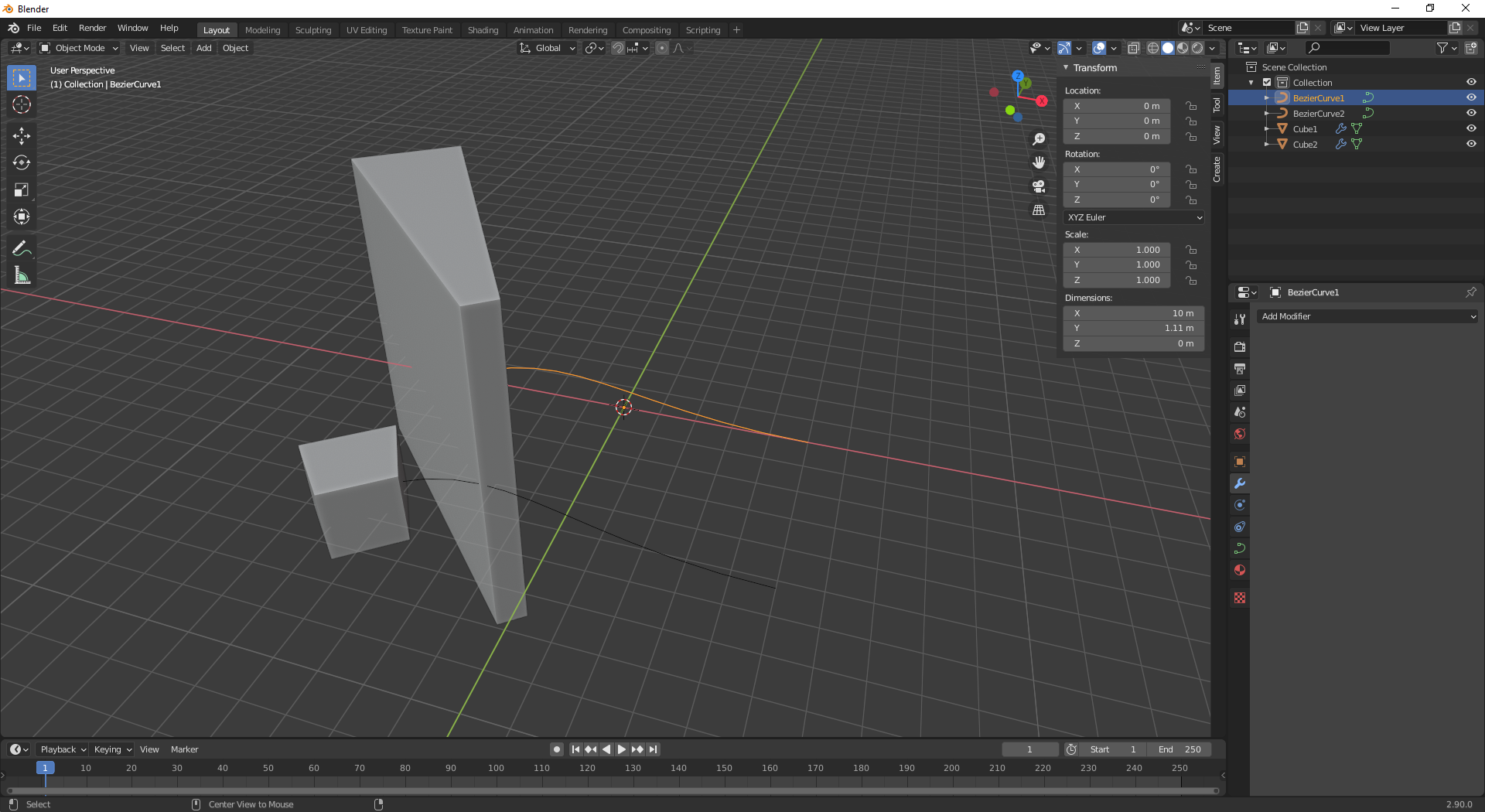 What is going on here? Why are the two not the same?

When you scale a curve in Object mode, then apply the scale, it changes the curve's vertices radius up to the same ratio, as you can see if you go in Edit mode and open the N panel. Bring this value back to 1: 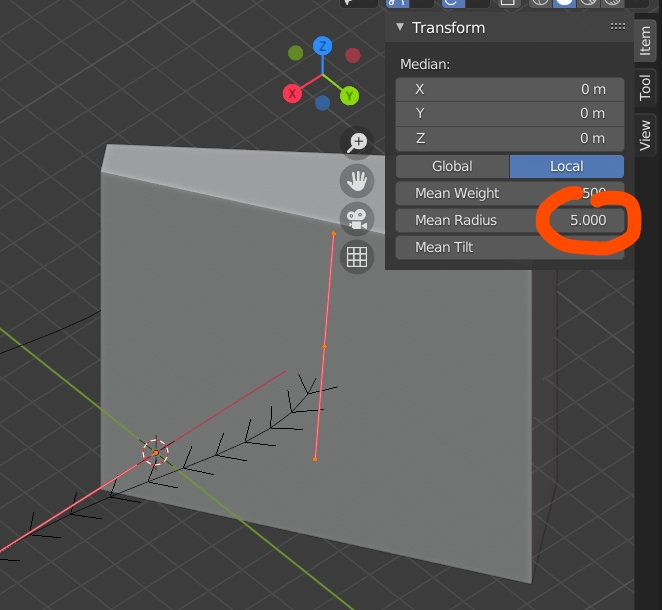