Amount of bevel before or after boolean modifier

probably there is a good explanation for this, but i failed to find it anywhere.

I noticed (at least on 2.9) that the "amount" of bevel (via modifier) you can get on an on object after a boolean modifier is very limited, no matter the actual value set in amount. But if I swap the modifiers order, it behaves as I would expect. The reason for trying to have a bevel after a boolean was because I was trying to have a bevel on the new edges created after the "difference" operations.

As you can see in the pictures belove, the bevel is smaller/thinner if the bevel is applied after (but works on the new edges too), compared to how it looks if it is applied first. 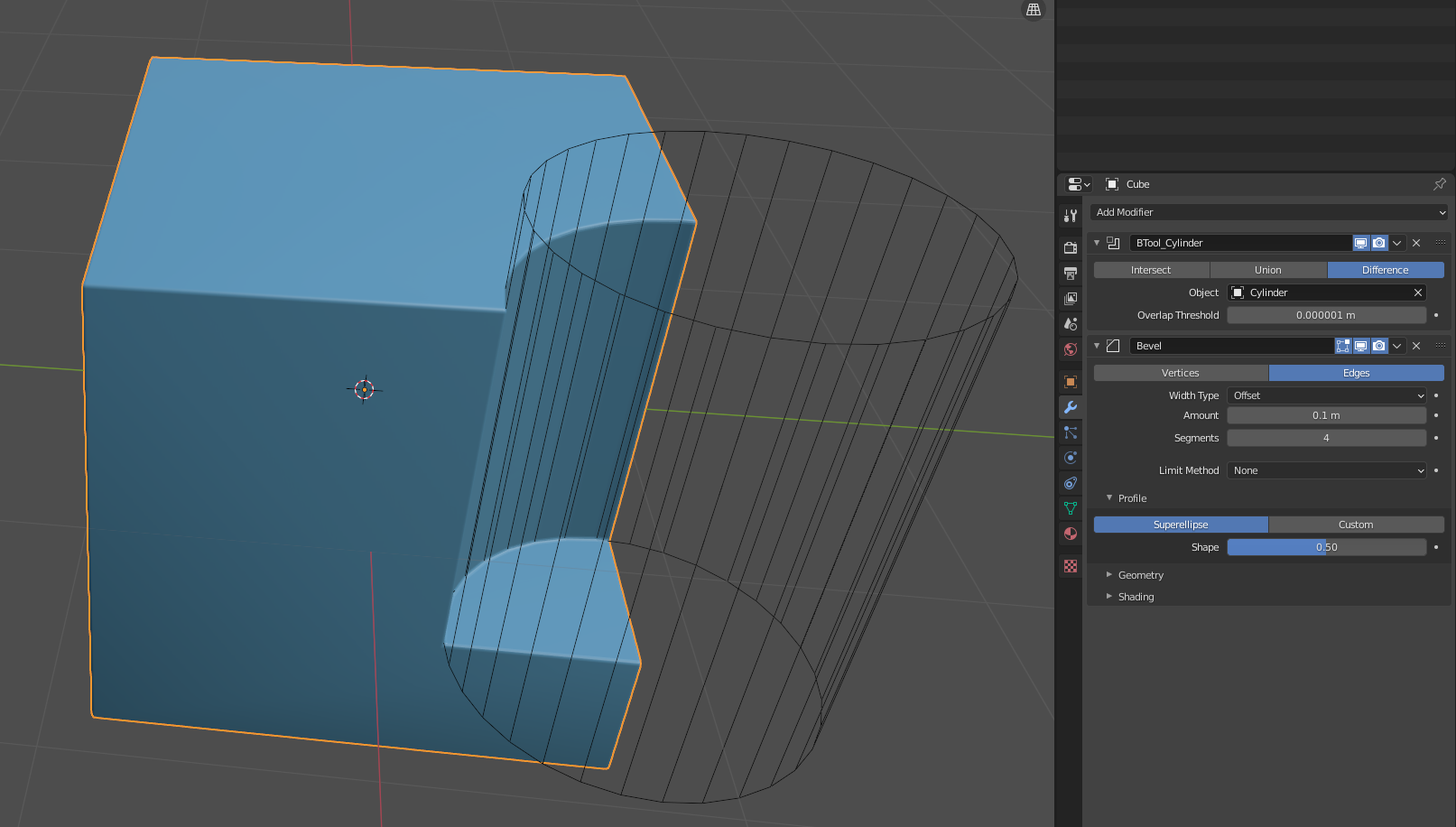 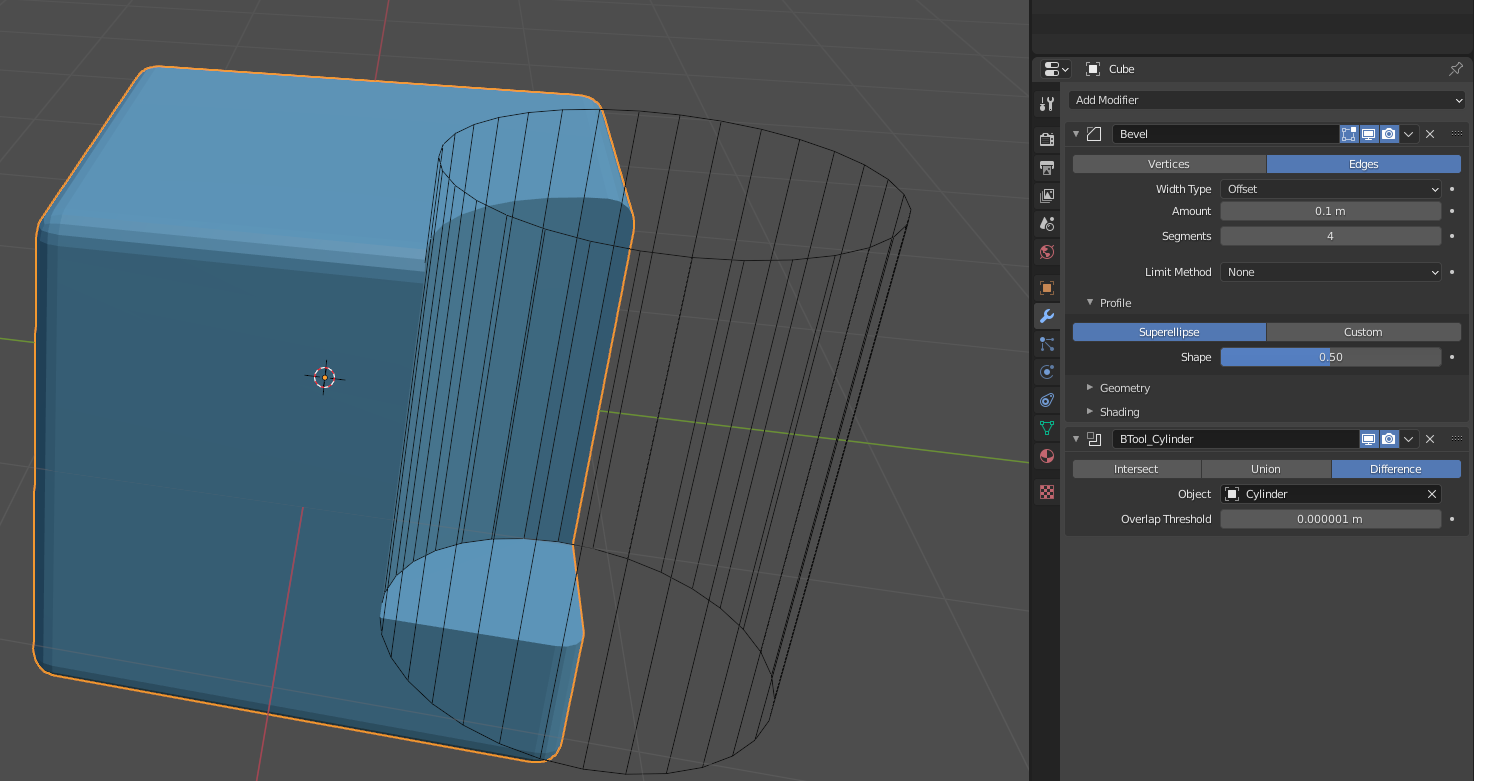 Any reason for this behaviour? Thank you for your help.

This is because of Clamp Overlap. It prevents edges from sliding on top of each other and in bevel modifier it can be found under Geometry.

When you use boolean to cut away the cylinder it adds a lot more geometry to your cube and edges can't slide as far without intersecting. You can see this happening if you disable Clamp Overlap. 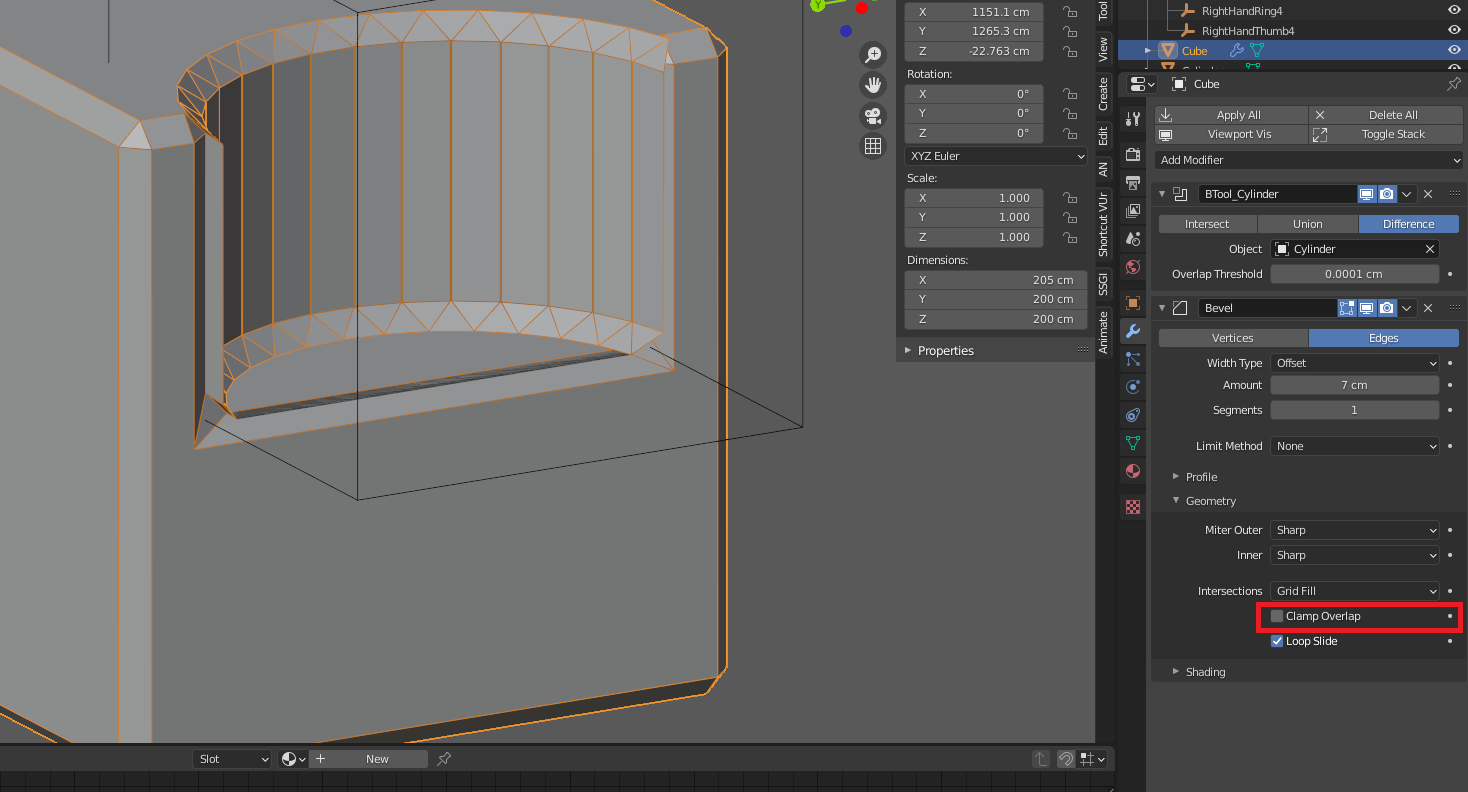