3D printer not printing anything

It's probably a very noob thing to ask but here goes nothing. I recently bought an Elegoo Mars 3D printer, which led me into the world of Blender. Now I'm still learning, but I recently decided to "design" a small piece on Blender, and print it. I've printed other stuff before, so I know the printer is ok. I think I messed up my design.

Whenever I export my model as STL file and import it into the slicing software (I'm using ChituBox 1.6.5.1), it seems okay-ish at first look. I thought the model would look like it's solid, but it appears as hollow. Regardless, each layer after slicing seems to be just blank.

It's my first time dealing with model scales etc. so I think I messed up there. I worked on mm scale on the designer. I set the unit to be millimeters and unit scale to 1.000. 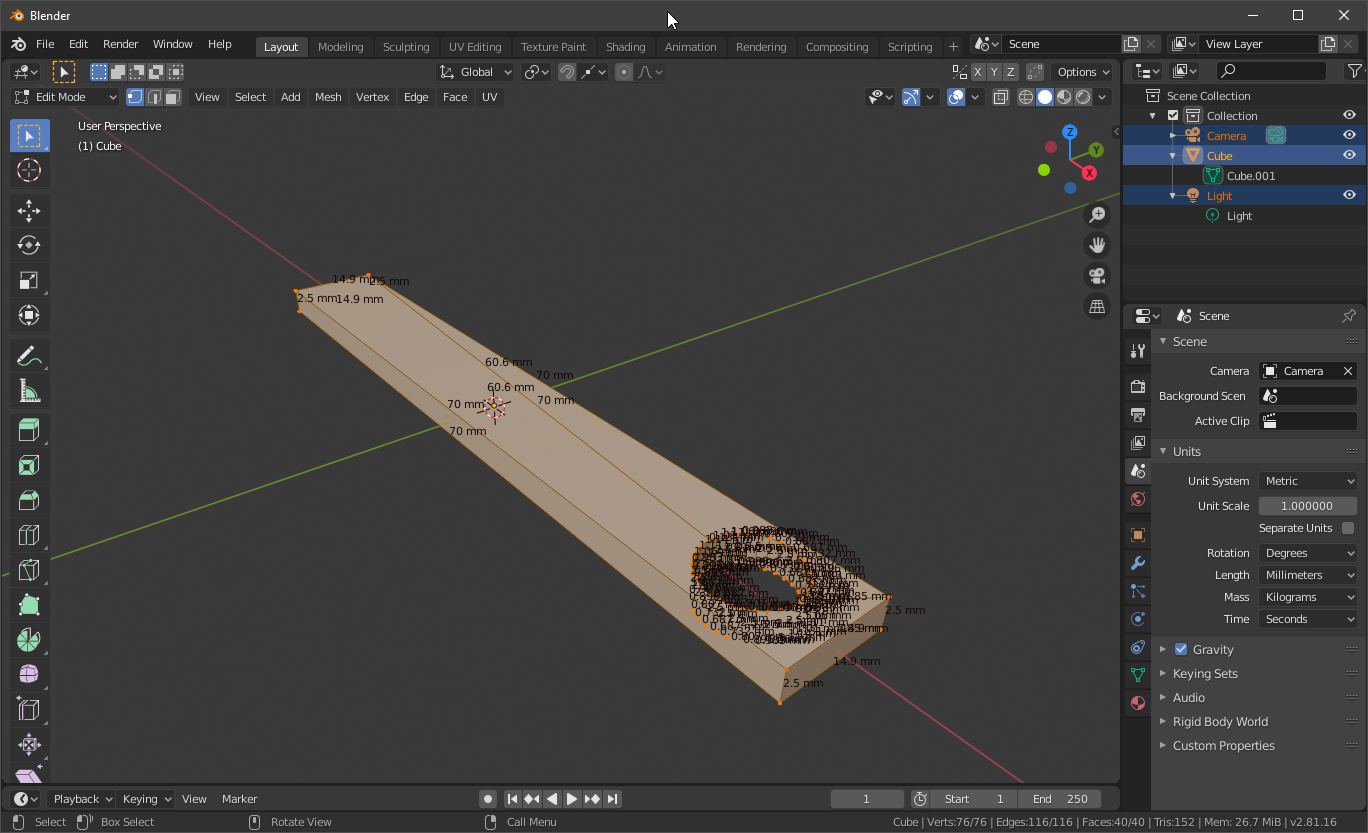 One thing I think I should mention about is the exporting into STL file. On my first attempt, what I exported was apparently less than a millimetre on scale, even though I thought I was designing it in the correct scale (the edge lengths in the screenshot above). To fix this, I followed a suggestion on the interwebs and set the scale to 1000 on export screen, then it seemed to have loaded correctly into slicer. (I tried with Scene Unit option too, but didn't work). The Windows 3D viewer also showed the model as very very tiny, less than 1mm.

After importing into slicer, when I move the scroll to see the slices, the thing looks hollow. Not sure if that's actually a problem though. It looks something like this:

Long story short, I ended up printing thin air. I have no clue what is happening. If anyone is able to assist with this, that'd be epic.

I had the same. Searching for a clue I saw your question but I solved it (in my case). I think you need to flip the normals of your object in Blender. In Edit mode select all sides go to MESH -Normals - Flip. Export your object as STL and try again.

I simply added a solidify modifier. Turns out the "walls" were too thin for slicing software to detect. Making them chunkier solved the issue, even by 1mm.

Not the answer you're looking for? Browse other questions tagged scale 3d-printing or ask your own question.

11
Blender units vs metric
3
Curves and Booleans Woes
2
Creating model of disc with offset hole for 3D printing
0
Problems editing an STL for 3d printing
0
Blender 2.81 hollow model for 3D printing
0
Vertices that seems to be aligned, are not?