How to create a detailed moon surface texture for close up shots?

I started working on my dream animation featuring the moon. So now I wanted to take a close up shot of the moon's surface but the problem is that the textures in the NASA website aren"t that detailed for close up shot , so how should I make a realistic one for closup ?

Let me elaborate , I am trying to make a realistic animation related to moon landing in 2024 , and I have 9 months of experience with blender . For example, I want to make a shot in which showing the Star-ship going in the orbit above the surface really close

This shot is rendered in EEVEE because the maps provided in the NASA's 3d moon kit are for distant view and are not for close up , and thats why cycles messes up the shadows if I crop the texture , so is there a procedural way I can create such renders by the way .

You can even see the star-ship in this one 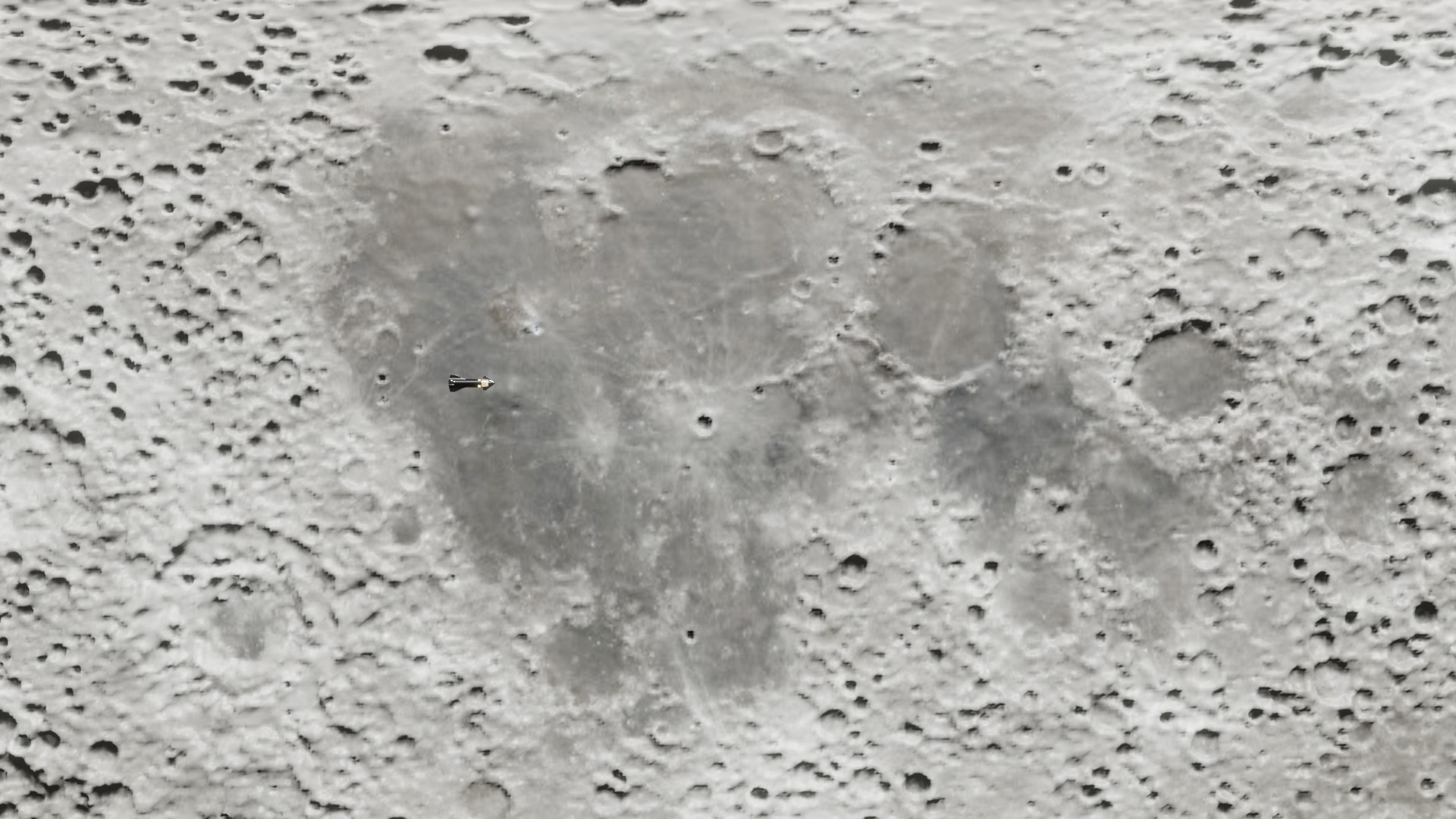 awnsere credits @Nxdhin2005 - Yes close up shots of a wide area of the surface of the moon might work. Ensure that u have a displacement map along with it or you won't get the required craters and detailes...You will get some extremely close textures of the surface of moon. U can use them but the problem is it will cause repeating textures since you will be forced to scale the UV map because of the size of the texture. You can get rid of that by the Uber mapping node from Blender Guru. By this method you can preserve the resolution of the texture.

Not the answer you're looking for? Browse other questions tagged cycles-render-engine texturing materials eevee-render-engine procedural or ask your own question.