I'm new to Blender and unity and working on getting an animation that I made in Blender 2.8 into Unity. I'm having issues with the character's suit, which looks great in Blender but becomes weirdly transparent and reversed in Unity. The way the figure is constructed is pretty simple- the shirt and suit and pants are all one piece like a skin, so he's basically hollow.

Here is the character in Blender: 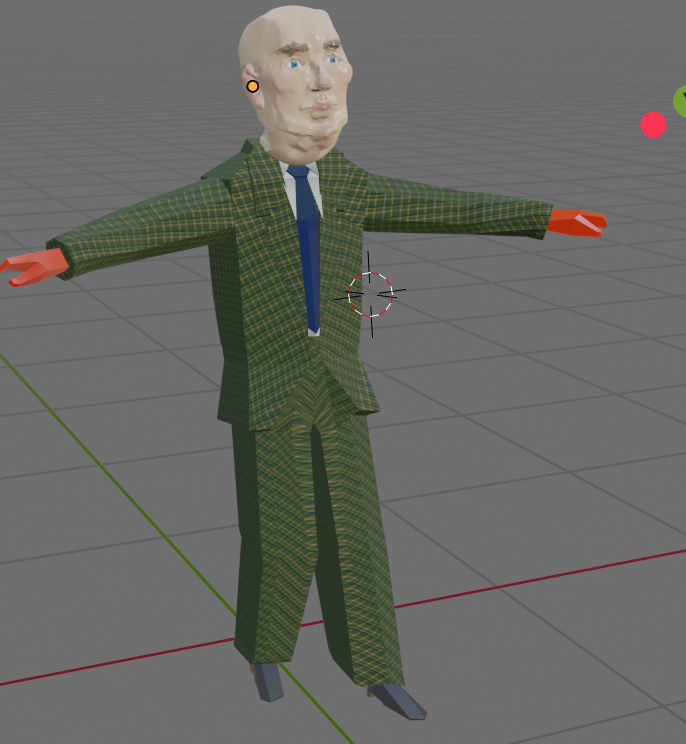 Here's the front of the character in Unity. Ignore the white head, I can fix that: but look at the weird suit! 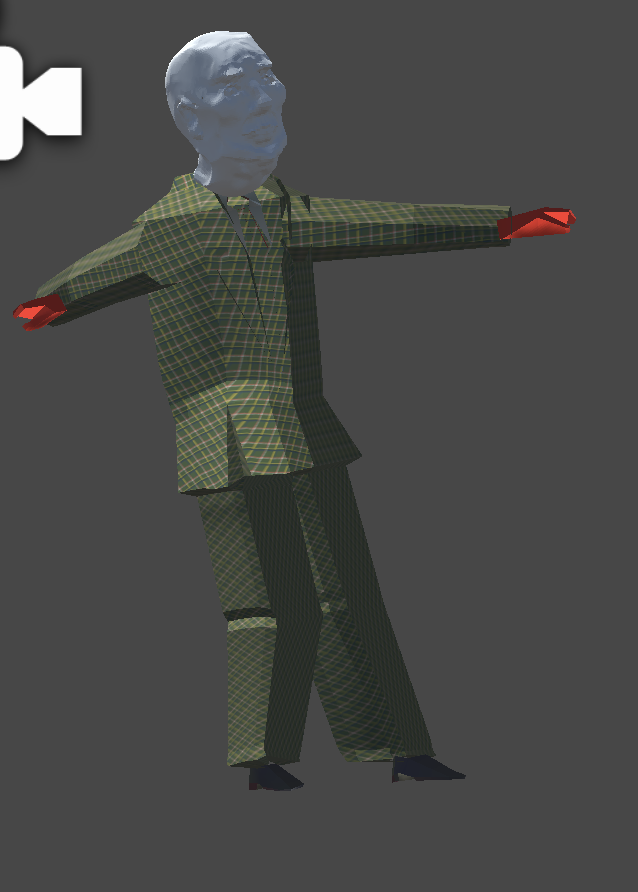 Here is the back of the guy. It's hard to tell which way he's facing, but the direction of the head is correct, so you see the tie through the back of the suit, and not from the front. 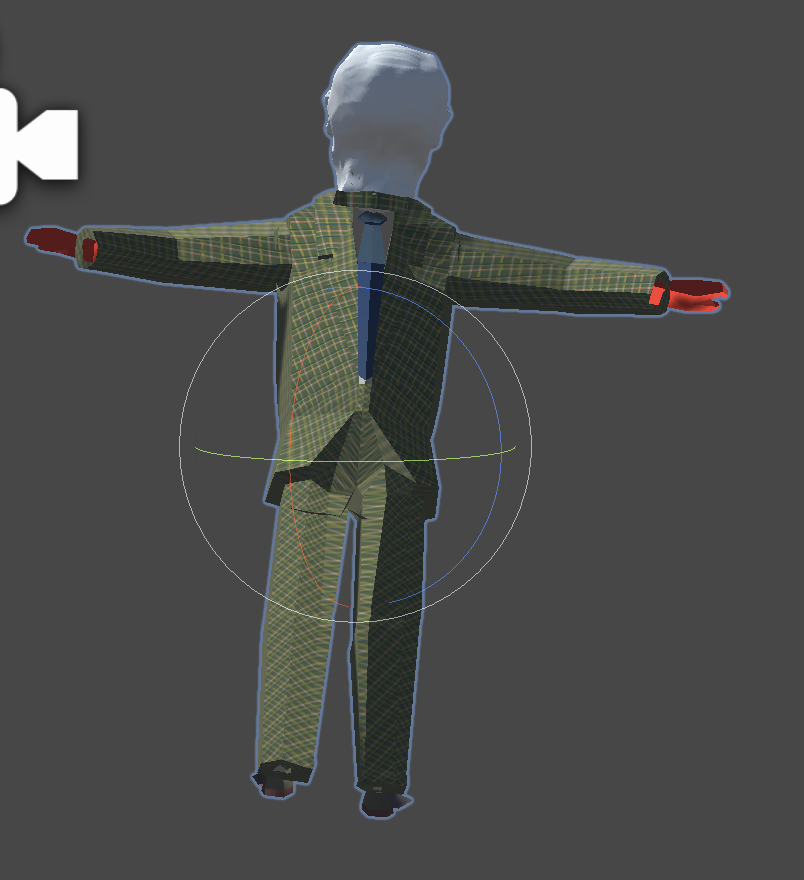 What the what? Any help will be wildly appreciated!

Edited to add: THANK YOU! The flipped normals idea makes sense, but when I flipped anything problematic and re-import it still looks the same. Am I missing something? Here is the suit in Blender... 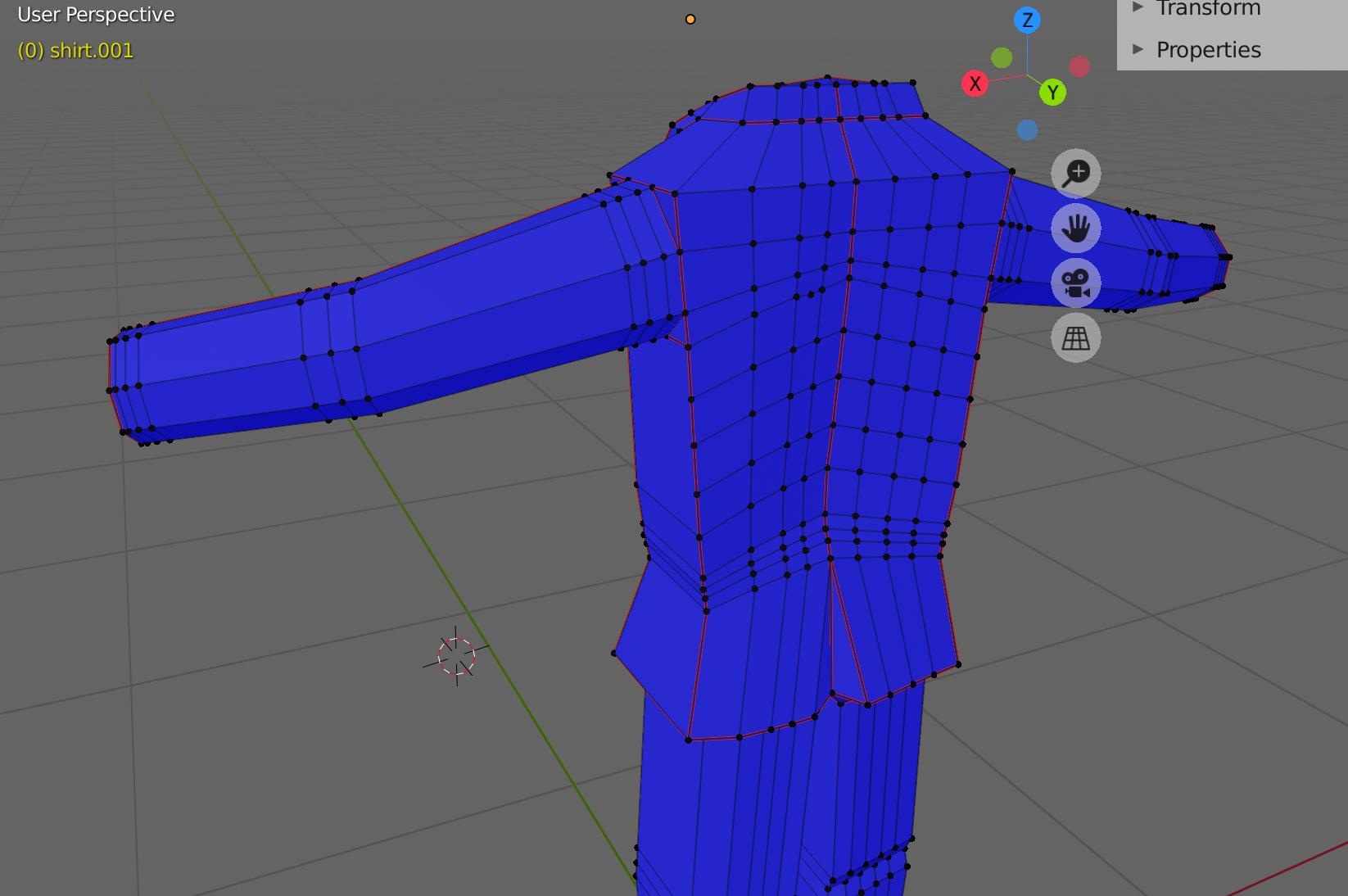 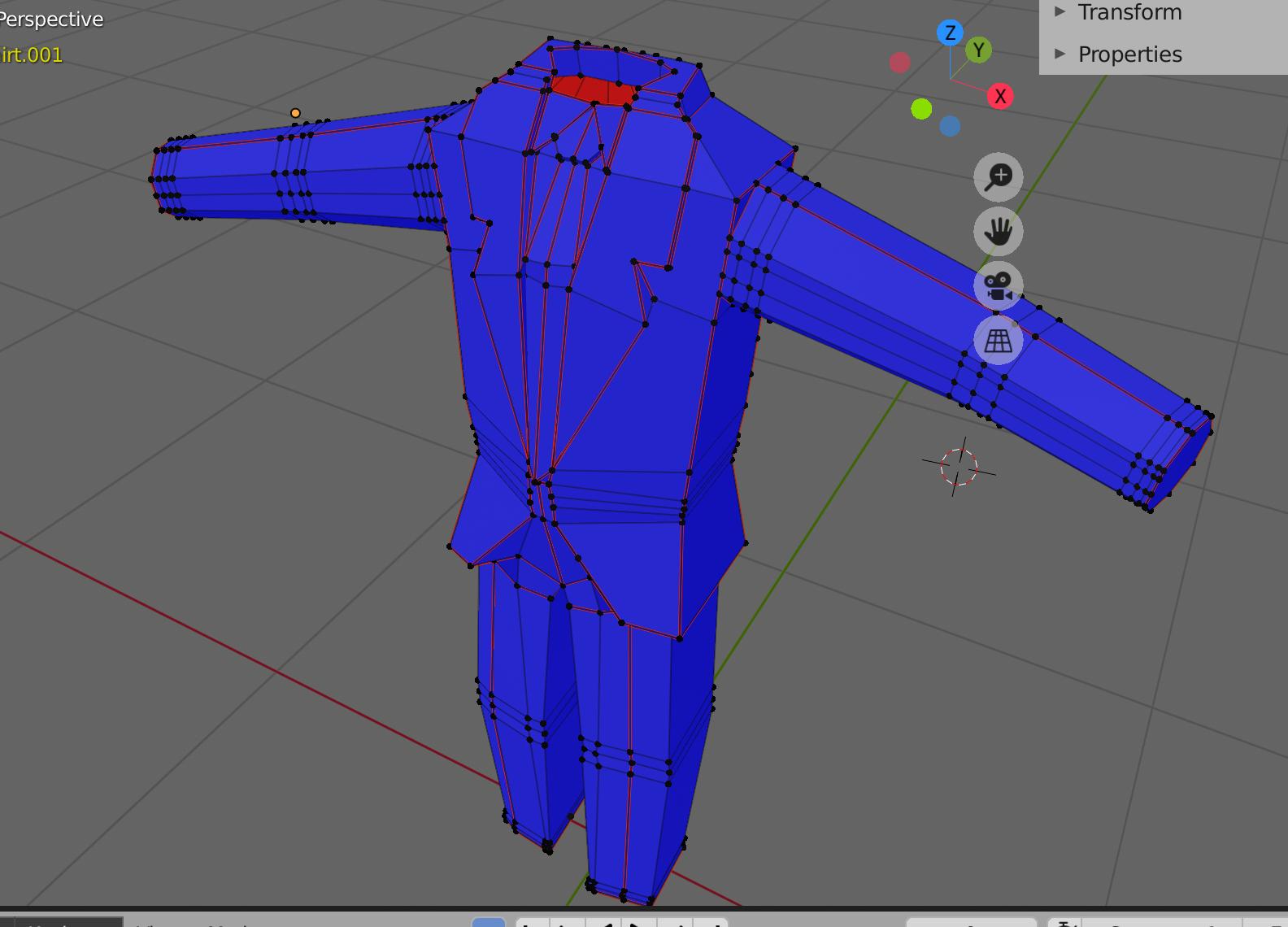 The normals on the object are flipped.

To visualize which normals are facing in or out, enable the option in the 3d viewport overlays > Geometry > Face Orientation

Or you can use overlays as well to display face normals.

Normals are displayed as blue lines, and you can choose the length of the lines.

To flip faces, select them and press Alt+N and select flip normals, or recalculate outside.

Not the answer you're looking for? Browse other questions tagged mesh materials import unity or ask your own question.