Is there a way to disable self-cast shadows on grass (particles,) but still have grass receive shadows from other objects?

Hello persons, so I'm trying to achive ghibli or breath of the wild style grass using only generated texture nodes, (ie not image textures, math) and that much is turning out okay. However the issue I'm currently stumped on are the grass shadows.

To achieve toon-like / watercolor-like grass it has to be shadeless as to not cast shadows on itself, but I also want objects like trees and people to cast shadows on the grass as well. As much as I looked, I couldn't find a way to keep the grass from casting on itself, but also allow it to receive shadows (or something comparable) from other objects.

^ As you can see in this provided image, the result from the front (left image) appears as I would want it to look, however the moment you view the grass from an angle facing away from the light source (right image,) it's made apparent the grass is casting shadows upon itself, making the whole thing appear dark. I'm looking for a way to prevent the grass from casting a shadow onto itself, but allowing other objects like a cube to cast shadows on the grass.

Misc details: Running real time in Eevee. Currently rendering particles as paths (not objects,) texture is plugged into an emmisive material node to achieve simple toon effect, so it isn't a diffuse material; the current shadow effect is instead just a color hue shift determined by a Diffuse > RGB to Shader > Color Ramp > Mix RGB (fac) mask. However as explained, it isn't solving my issue at hand.

Any advice or attempt help is much appreciated, thank you.

I have an "okay" solution for your problem (in cycles) and it is only working with gras meshes (not billboards) so far. I know exactly what you are struggeling with, because I asked a similar question a while back but without an answer. Recently I tried something that works best:

you need to render your scene 2 times.

Everything + the shadeless grass.

Check "shadow catcher" for the grass meshes + Instead of the Emissionshader give the grass a Diffuseshader. For everything else check "Holdout" (both checks are in the Object Properties). And under Render Properties -> Film -> Check Transperent (for a transperent background).

now you can combine both images in the compositor or in a programm like photoshop.

here is a quick example: [

but i hope aswell we will get a better solution in the future, it must be possible because EEVEE is using the same technology as Game engines, and this is a well used and very common style in (indie)games (dauntless, the witness, zelda: botw, fortnite).

I found a solution for Grassbillboards. But it is not as precise as LanceBeryl's Solution (for 3d objects), which I would recommend if possible :) .

A full explanation can be found here: https://www.youtube.com/watch?v=AzDoFjx9skQ

Hey so after a lot of research and thinking, I figured it out!

Edit: While my first answer posted here was the first known way of getting real-time stylized grass shadows in Blender Eevee, it was extremely complicated, requiring a lot of complex work arounds, and came with a few caveats (notably: you were limited to "object" as your tex coords, you had to render hairs as objects, you needed to use a datatranfer modifier, among many other things..)

Since then artist and twitter user Kidane (@Puffertron) saw my original tutorial and revised the method using only materials. After seeing his post I was able to refine the method even further, giving the user more creative control over things like shadow color, transitional sharpness, and overall the effect is a lot cleaner/simpler. Thanks to Kidane it is leaps and bounds better than my original method. One thing to note is that it works with hair paths, not hair objects. Full explanation on new method here: 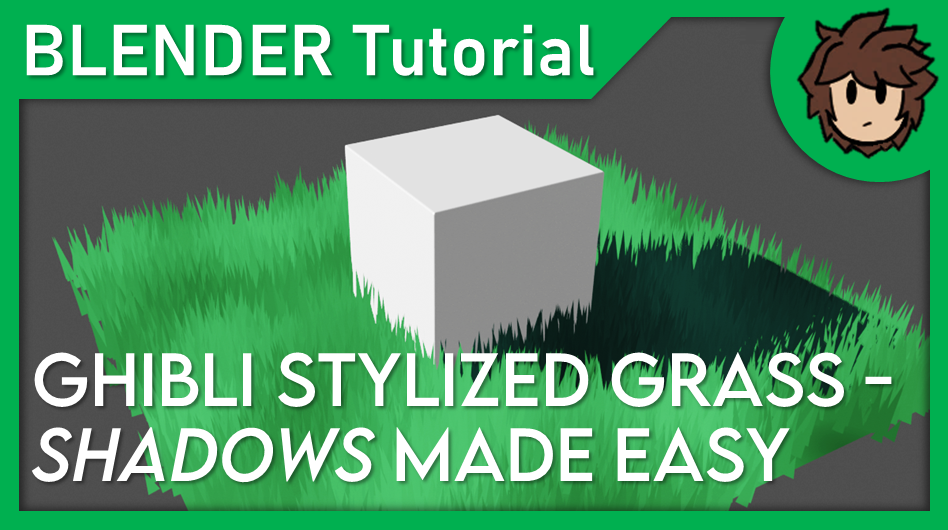 User JustQB has also suggested another possible method using billboards, which supposedly comes with it's own set of benefits. I know little about billboards, so I will likely look into it and update my answer here if the method is found to be just as useful. (His comment and video in regards to billboards can be found below.)

Not the answer you're looking for? Browse other questions tagged materials particles light hair shadows or ask your own question.

1
Receiving a shadow without casting one?
5
Make imported images insensitive to lighting but cast and receive shadows
2
Is there a way to cast a shadow only on certain objects/materials but not on others?
1
cycles - different effects when order switched, even with opposite factor
3
Adding Shadows to Hair Particle Emitter
1
How can I remove shading on a plane but still allow shadows from other objects to be cast on to the pane?