How do I fix the issue of my computer crashing wehenver I try to render an animation in blender cycles?

I use Blender 2.79 because the newest version doesn't work on my old computer. My Computer crashes whenever I try to render an animation with 185 frames in Blender cycles. I tried both exporting it into an mp4 file as well as png files. Exporting into mp4 doesn't work at all. When I export into png files, my computer crashes after rendering only 1 or almost 2 frames out of 185. It also crashes when I just go to rendered view and want to see a preview of my animation.

To fix the issue I tried to enable gpu render but I had a problem that I couldn't enable it when I go to user preferences -> system. So I wanted to download a driver like explained here ( Enabling GPU rendering for Cycles? ) But I realized that my graphic card is not supported so I couldn't do anything.

about the project I am working on: I have a scene with a house that I made using a bunch of images as planes. I only used the knife tool, loop cuts, extractions and intrusions to make the house. I'm new to blender so it was made in a very easy way. I was trying to follow this tutorial (https://www.youtube.com/watch?v=Ff0aobJRSNc) of turning a 2D art into 3D. I did not use modifiers or particles. I made a path for the camera movement. And I also have another image as plane (a video of leafs that I edited in the node editor to make make some parts tranparent). The idea was to make some leaf shadows appear on the house.

I don't understand "samples" so I have a screenshot 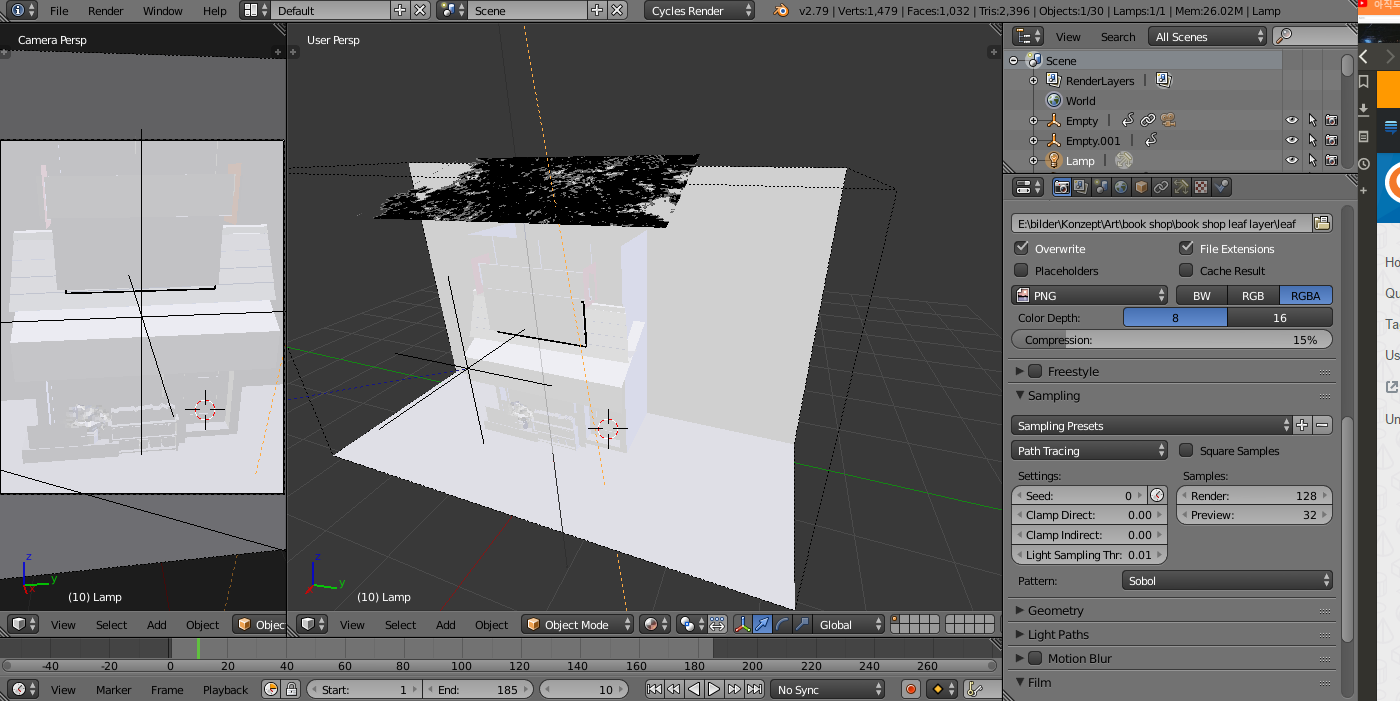 I don't know if it'll work, but you can modify the workbench render settings to use less samples, not show anti aliasing and other options to optimize viewport, then when you render maybe lower the resolution and if you are useing CPU for the render make shure your samples are as low as you can. Also it could crash your PC because it gets too hot or needs more power (the watts that your pc is getting. you could change this in bios but it is complicated to get right on the first time, try some OC guides)

4
Slower Cycles Render on Faster Computer
2
Blender runs out of memory while rendering fabric hair on GPU
0
How can i fix this render issue?
2
GPU Rendering in Cycles crashing blender (Mac)
0
Blender Eevee Keeps crashing when i try to render
1
How to fix final render causing issue by having pixelation using cycles?