Why is my mesh inversed when Imported to Unity? 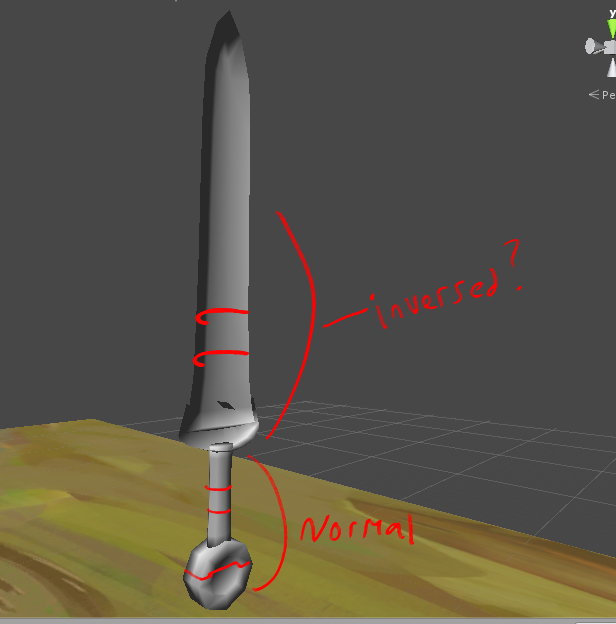 Then I put it into Unity and I got what you see in the picture. Part of the sword is inversed. Oddly, the inversed part actually maintains the proper silhouette. It maintains the correct shape, but then is shaded like the front half is missing.

Does anyone have an idea of what's going on and how to fix it?

One possible reason for this could be that the normals actually were inverted in Blender but if you have Backface Culling disabled then the mesh could look right even though it's not. The lighting may look weird but the polygons will look like they are facing outwards.

Backface culling is an optimization that disables shading on polygons that are not supposed to ever be seen.

When in Edit Mode, you can activate a tool that will show you which direction the normals are pointing in. Just make sure that the size is adjusted appropriately for the model's scale otherwise you may not see them. 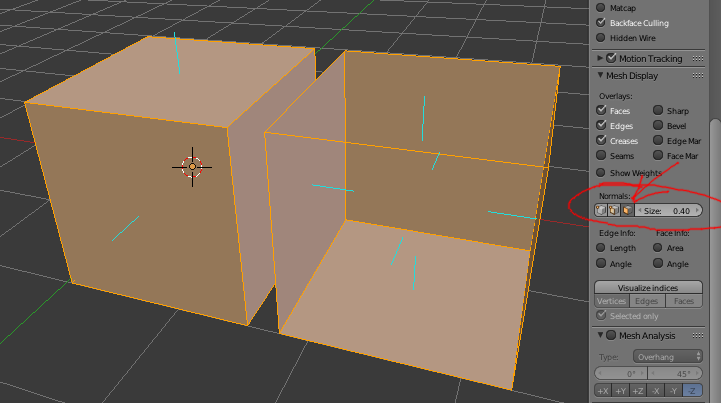 To correct the normals, you can use Ctrl+n which is also shown in the following image as a toolbar button labeled Recalculate.

(The different names are a mistake, both use bpy.ops.mesh.flip_normals())

Not the answer you're looking for? Browse other questions tagged rendering mesh shaders unity or ask your own question.

0
How to export model for use in Unity with correct UV map?
0
When I import to unity I my model gets divided in many mesh parts. Althought Its only one object/mesh
1
Mesh modeling and shad smooth results