I am trying to work out how to have a fake mirror in my scene.

Character A walks by a mirror on the wall, which should reflect the room and everything in it, except Character A. Instead of Character A, it reflects Character B.

So, basically, I want a simple reflective surface, but:

Here, crude graphic to show what I mean :D 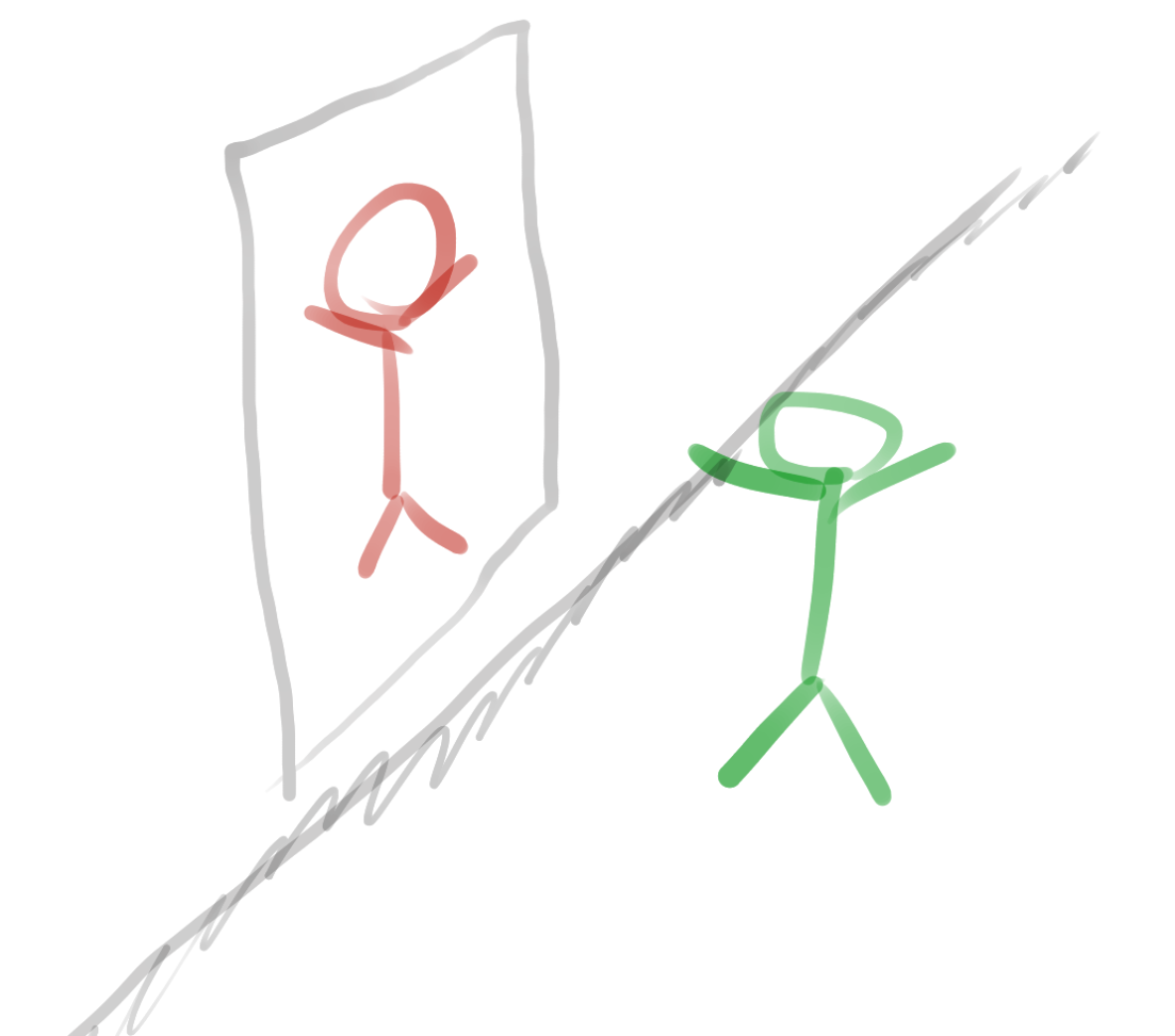 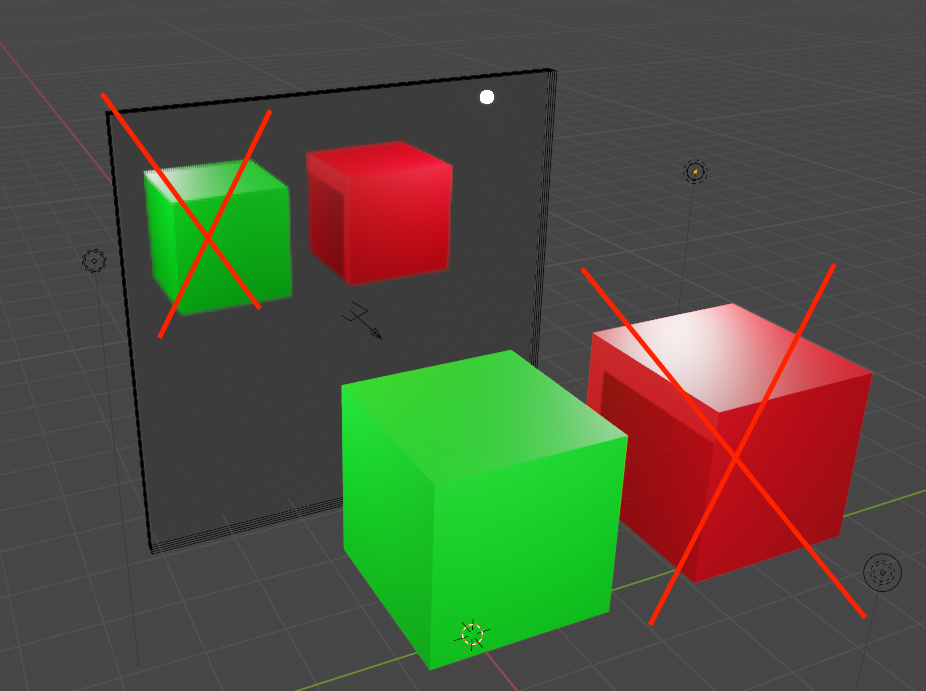 Is this possible with Blender? I'm familiar with all of the most general functionality, but I can't think of anything that would achieve this. Are there data properties I can tweak? Is there a modifier that'll achieve it? Reflection probe trickery?

I intend to use Eevee for the rendering, but if Cycles achieves this better, I can switch.

EDIT: I can of course elect to not using a reflective but a transmissive surface and just model the contents of the mirror behind the surface. So instead of having any reflection at all, I'll just copy and mirror the geometry and do everything manually, but 1) that's a lot of work, 2) not really an answer to the technical question I'm asking.

You can use "Is reflection ray" output from "Light path" node and plug it into the alpha input of the "Principled shader".

This will work for both Eevee and Cycles. For Eevee you need to set "Blend mode" to alpha hashed in the material setting. 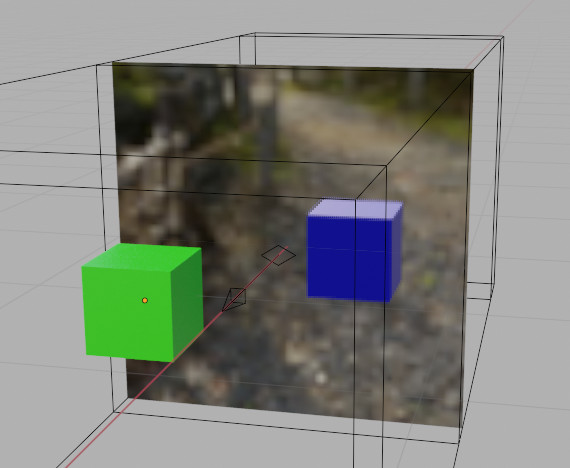 For the one that reflects in the mirror but is not visible outside of it: 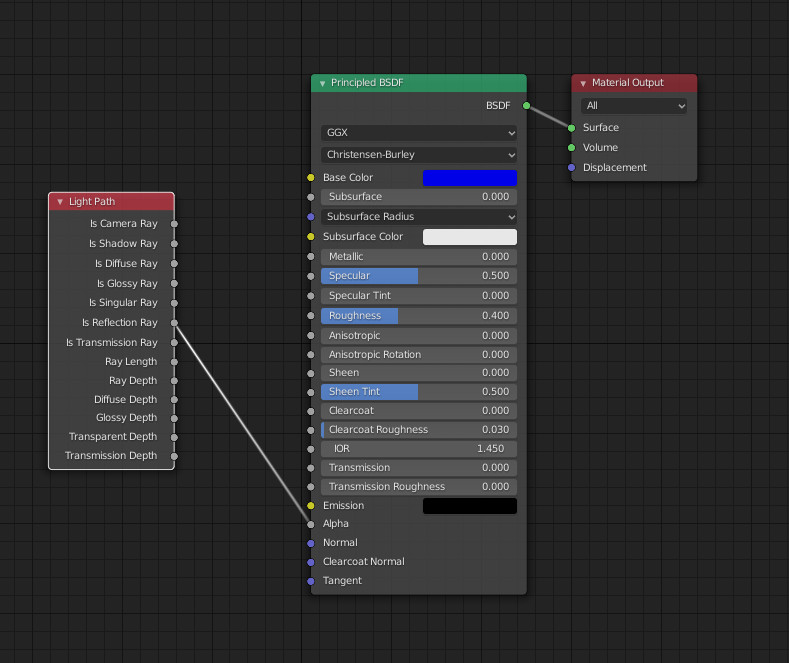 For the one that is visible only outside of the mirror: 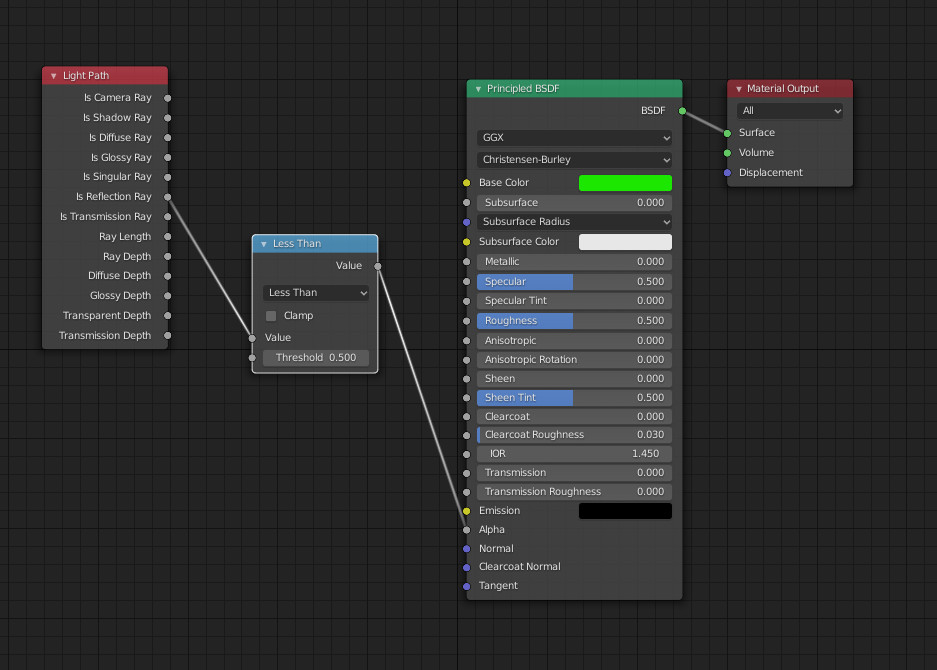 For Eevee, set both objects to alpha hashed in the material settings: 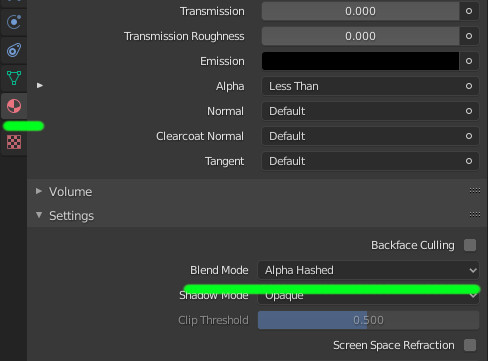 You must use the Input > Light Path node as a factor between the material of the object and an Transparent node.

For your green cube use the Is Glossy Ray output (non visible in the mirror): 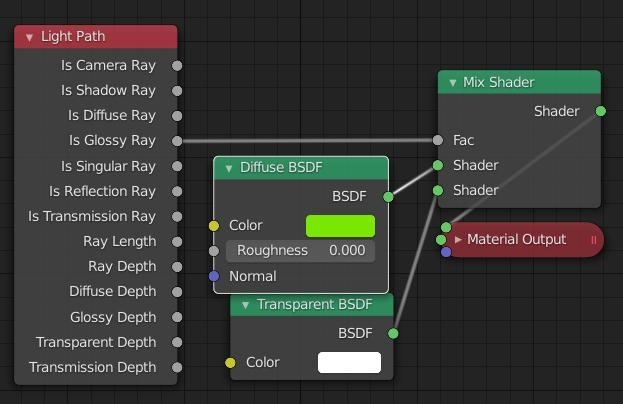 For the red cube use the Is Camera Ray output (only visible in the mirror): 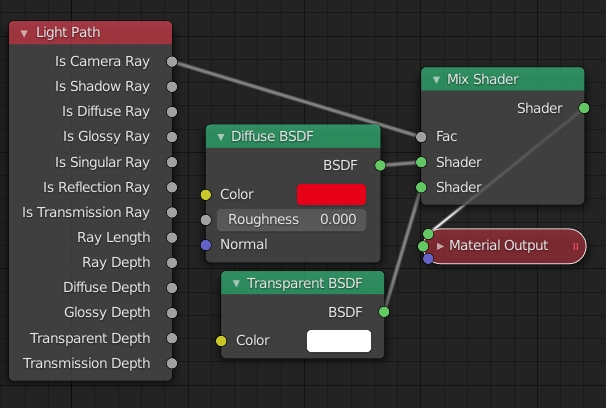 Not the answer you're looking for? Browse other questions tagged rendering reflection or ask your own question.

3
Both a mirror and a 90 degree prism are not reflecting light on to a screen (cycles)
4
How to hide lamp reflection in EEVEE
1
2.8 Glass not reflecting in mirror?
3
Can't get simple uneven reflection map working
1
How to use a 2D video to make a skybox and reflect it in a mirror object
4
What would be the best way to have something be different in a reflection