I am trying to modify the vertices of Bezier Curve to maneuver around any obstacles if existing in their way. So far, I am able to create curves through script but still unable to detect any overlap of other objects with this curve so that the vertices (left and right hands could be modified accordingly to maneuver around that obstacle). Basically, I want to make some object follow that curve path but it should avoid every existing obstacle in their way.

I want to modify the curve so that the object following that path should avoid any obstacle in their way. I have illustrated it for better understanding. 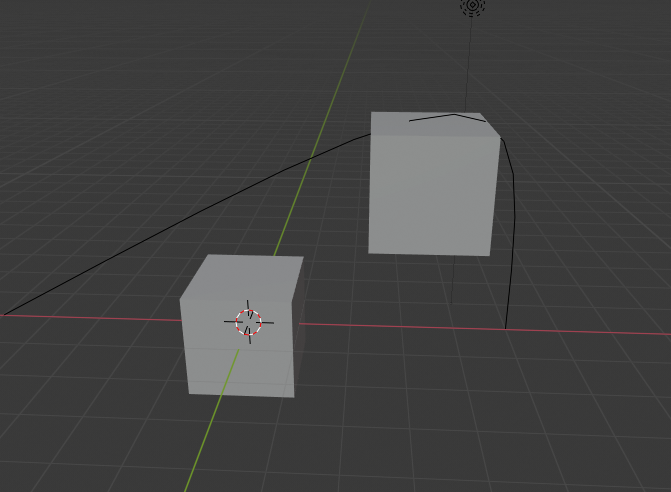 Raycast into the scene

As a proof of concept have put together a "dodgy" artillery trajectory.

Note haven't put any checks and balances in to test if there is no possible LOS trajectory A to B.

To improve could use same method going other way. Have found only the trajectory on the vertical plane. Spinning the aim around point to point axis could be considered to find shortest two point bezier path that misses object obstacles between two points. Another way to put this would be we are looking at pitch, could also consider roll, moving our aim around ever increasing concentric circles until a miss

Added one more rotation after miss. Raycast can be a little dodgy if it hits an edge. 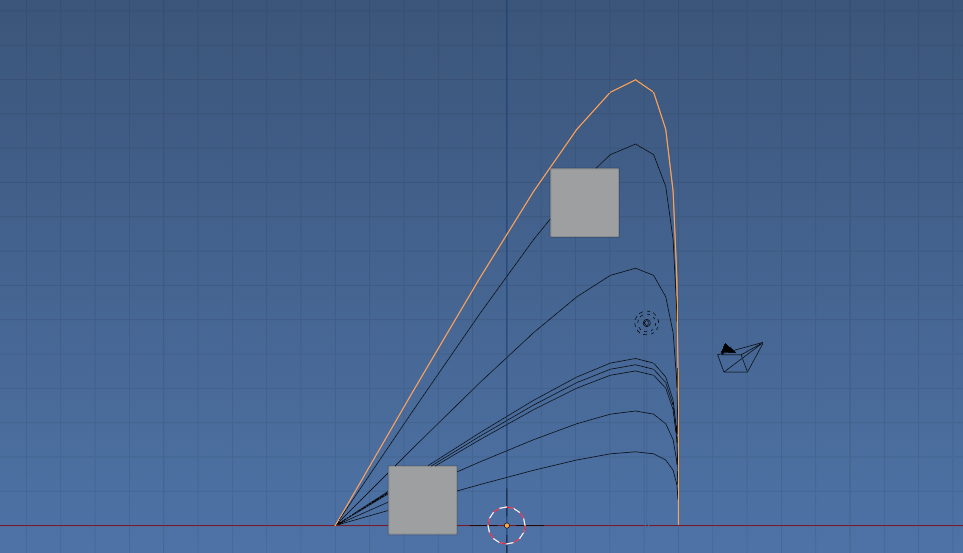 As mentioned this is simply a proof of concept of manipulating the handle of a bezier curve to emulate lobbing over an obstacle in LOS changing degree of elevation.

Doing this using points of a right angled triangle with right angle at destination point.

To make this a "shortest" curve that misses obstacles would require more bezier points or investigating looking from other end moving the apex of the triangle that is the intersection of handle right of source point and handle left of destination point vectors.

2
How can I remove object by raycast?

28
Why avoid bpy.ops?
4
CollectionProperty avoid duplicate names
9
Using overlap() to check if two meshes are intersecting?
2
Python in Blender 2.8 - testing if two objects overlap in the XY Plane?
1
How to avoid operator `collection_instance_add`?
0
Blender crashes when running trying to overlap()
1
How to write bpy.data.libraries avoid packed file with python?