I'm trying to create an animation using SplineIK's with tracking bones into UE4 using their Send to unreal Tool.

within blender everything appears to be correct with the animation, however once uploaded to UE4 the head of my little snake friend makes a 180 during a couple points in the animation.

When saving the keyframes for the action/animation I have tried using the Insert Key frame menu>LocRotScale and VisualLocRotScale options. Both of them return the same results.

both pictures below are of the same keyframes.

The circles are the targets

The way i have the spline IK setup is I have target bones within the same armature as the weight painted bones. the Targets are Hooked to each point in the BezierCurve. and the Armature weighted bones have the spline IK Modifier applied in pose mode. everything appears to deform correctly and without issue inside of blender.

I have tried Keyframing only the armature weighted bones, only the target bones, and both together. 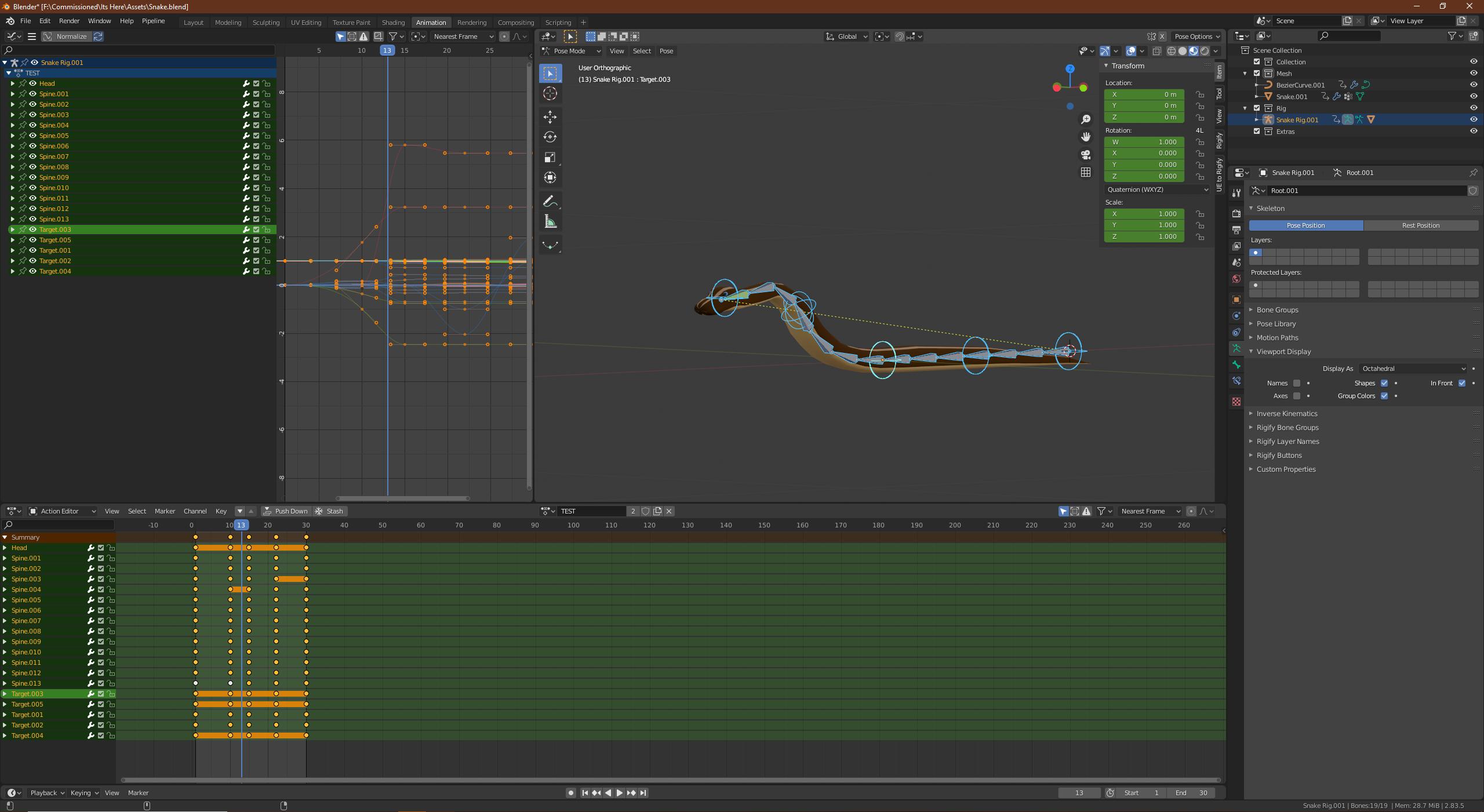 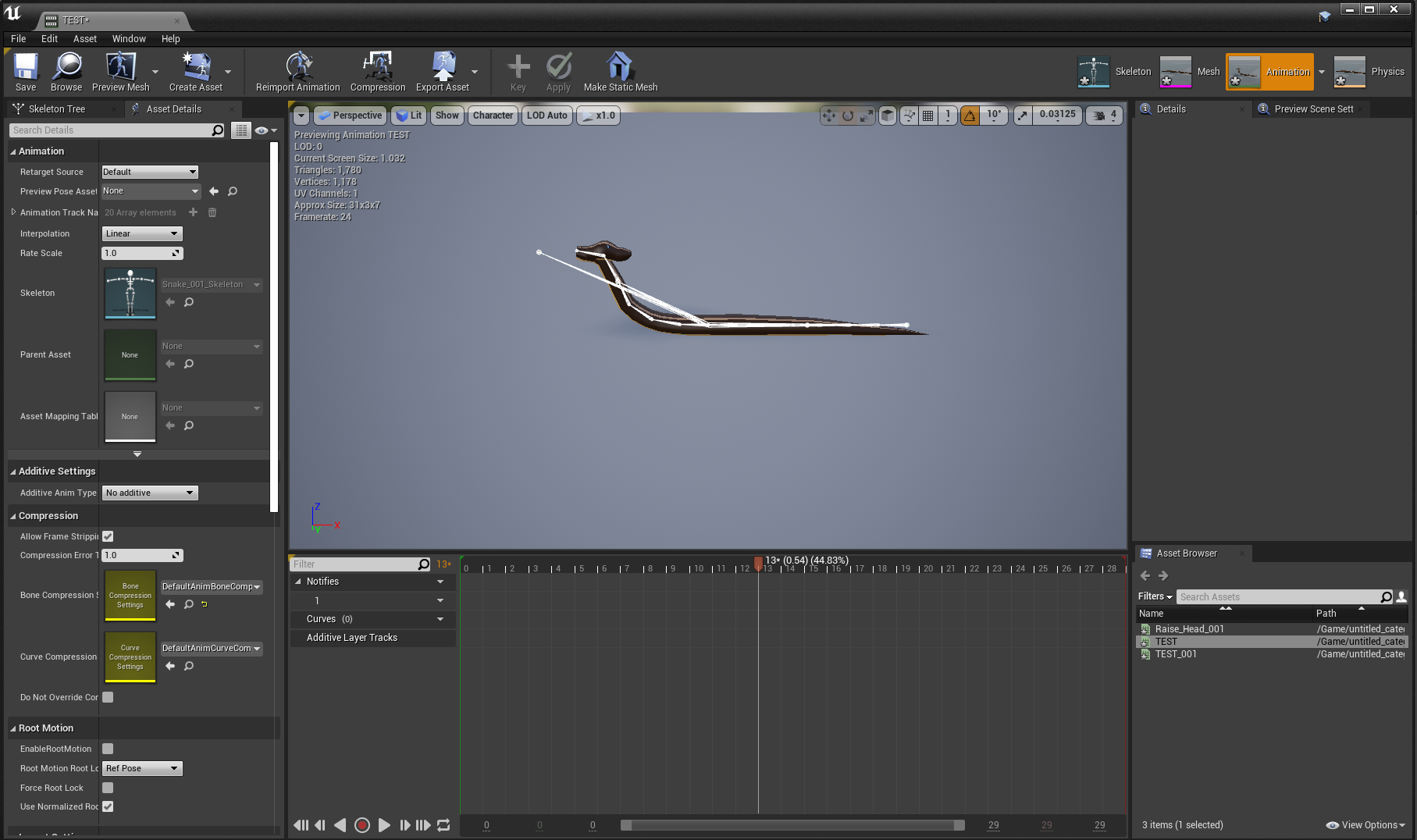 This may have nothing to do with your problem, but I know Unreal can be very particular about your bone settings, particularly if you have IK bones. If you haven't already, you should go to the Skeleton tab up in the upper right corner and scroll through your Skeleton Tree tab. All the IK bones should be set to 'Animation.' That's the only thing I can think of.

Not the answer you're looking for? Browse other questions tagged animation unreal-engine actions or ask your own question.

2
Armature with Spline IK Constraint animation problem
2
2 animations on same model problem
2
IK rigged elbows have unexpected "laggy" or "jumpy" behaviour when animated
0
Two armatures. Two animations. Combine into one armature with both animations intact?
1
Cannot keyframe anymore. All movement stopped and every keyframe is the same
0
Can someone help me understand how this was done with the armature?
0
When exporting a rig from Blender to UE4 and using UE4's IK system, my limbs break