I'm currently trying to build an Anime style shader in blender and edit the normals to get better shading. But i also want a fresnel effect thats not effected by the edited normals. i know there is this true normal output on the geometry-node, but it gives me just the flat shaded normals. So, does anyone know a way to smooth the normals with vector nodes or something else that gives me smooth shaded normals for the fresnel effect? 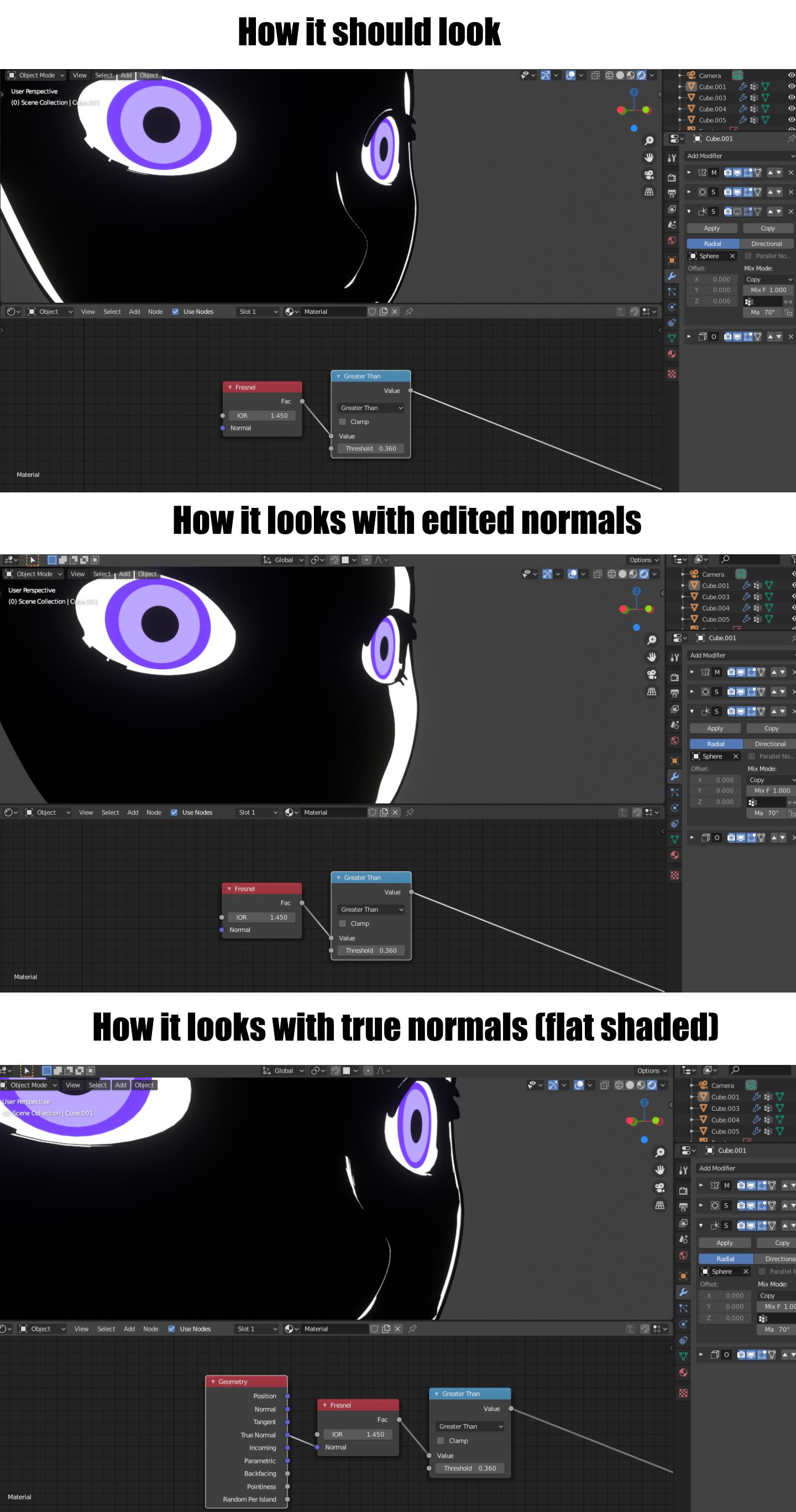 I hope there is a better way to do this, but here is a workaround I used:

I copied 'normal' normals to a uv layer via script. Two layers to be exact. While I could have compacted them into a single layer, it would have increased shader complexity

Then in shaders I plug the combined value into fresnel normals input.

The artefacts (sharp white areas) are due to lousy normal edit, which I bet you will not have in your model. Otherwise the normals carried over from UVs appear to be near identical to original smoothed normals

EDIT: As noted by Heinrich Tester, the normal from UV must also be transformed from object to world space before use 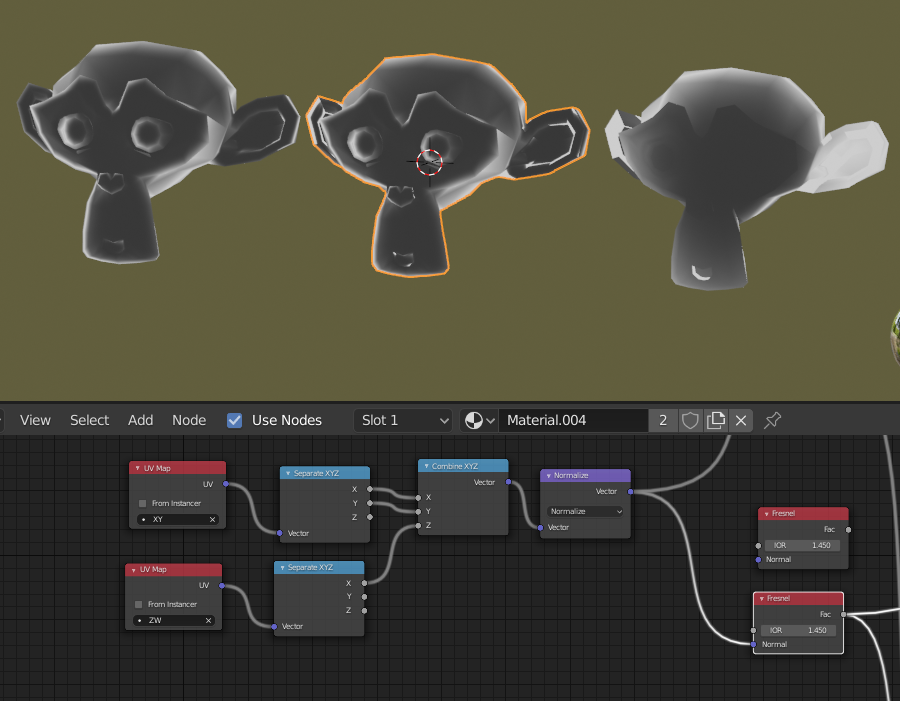 Not the answer you're looking for? Browse other questions tagged node-editor shaders normals or ask your own question.

8
Backfaces give strange results with Fresnel Node in Cycles
6
Flat vs smooth shading in photo-realism and glossy shaders
5
Is there a way to manually control vertex/face normals to get a more consistent toon shader?
4
Acces unmodified Normals on object with Custom/Transferred normals
2
If bump maps override face normals for lighting calculations, why do flat shaded bump mapped models look different from smooth-shaded bump mapped?
10
Why do reflections on a smooth-cube look more 'definite' than a flat shaded one?
1
true normal with fresnel creates awkward effect