How can I make color retain its properties behind glass?

Every time I apply a glass sphere around my eye, to give it the circular texture and glossiness, it creates a couple problems. The iris color changes as I put the eyeball into the glass sphere. I've tried tweaking the settings to make it more clear. The best I can do is in the material viewport, it shows the true color. But the rendered it doesn't show the true color, instead its a darker shade. I've included the pictures to show what I mean, and the node of the glass eye. The only modifiers affect the two objects are a mirror modifier that is irrelevant to the transparency properties. I've also allowed refraction and screen space reflections from the properties tab. Anything would be helpful, even if its a explanation of whether I'm doing this right or wrong (I'm just lost and confused, I don't even know if I'm doing this right.)

In the first image its viewport is in render, and the second is in material viewport. After that, I put the nodes of the glass. 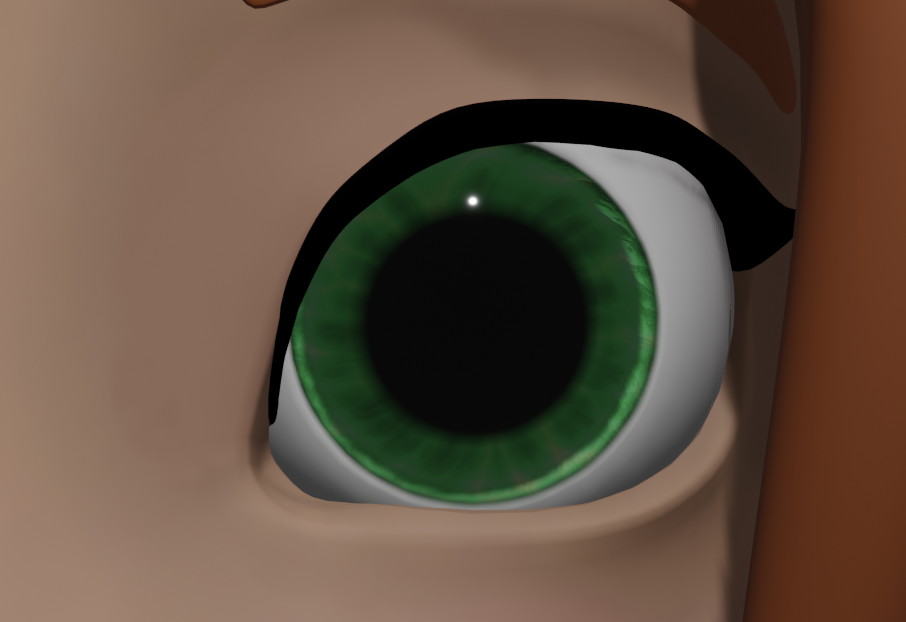 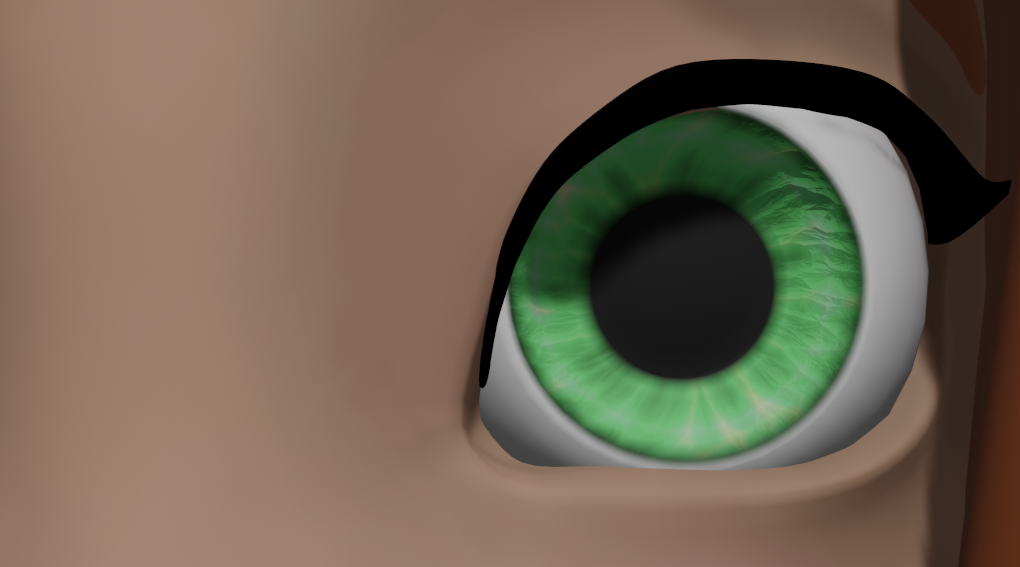 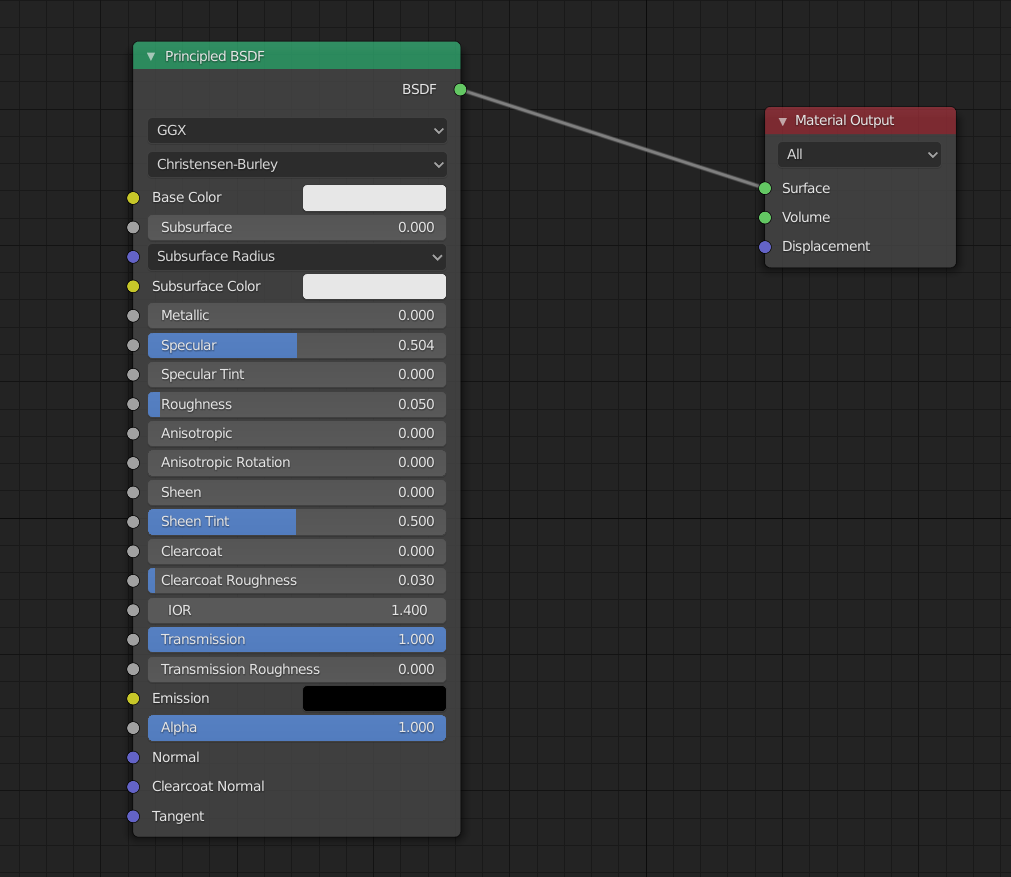 Edit1: It's not based off the light source either, I've shined a 1000 watt light source at the eye, and it still gives off the shade.

Your node setup is not the ideal way to do glass in EEVEE (I assume that's what you're using). For proper glass, use this setup (note the highlighted Blend Modes) 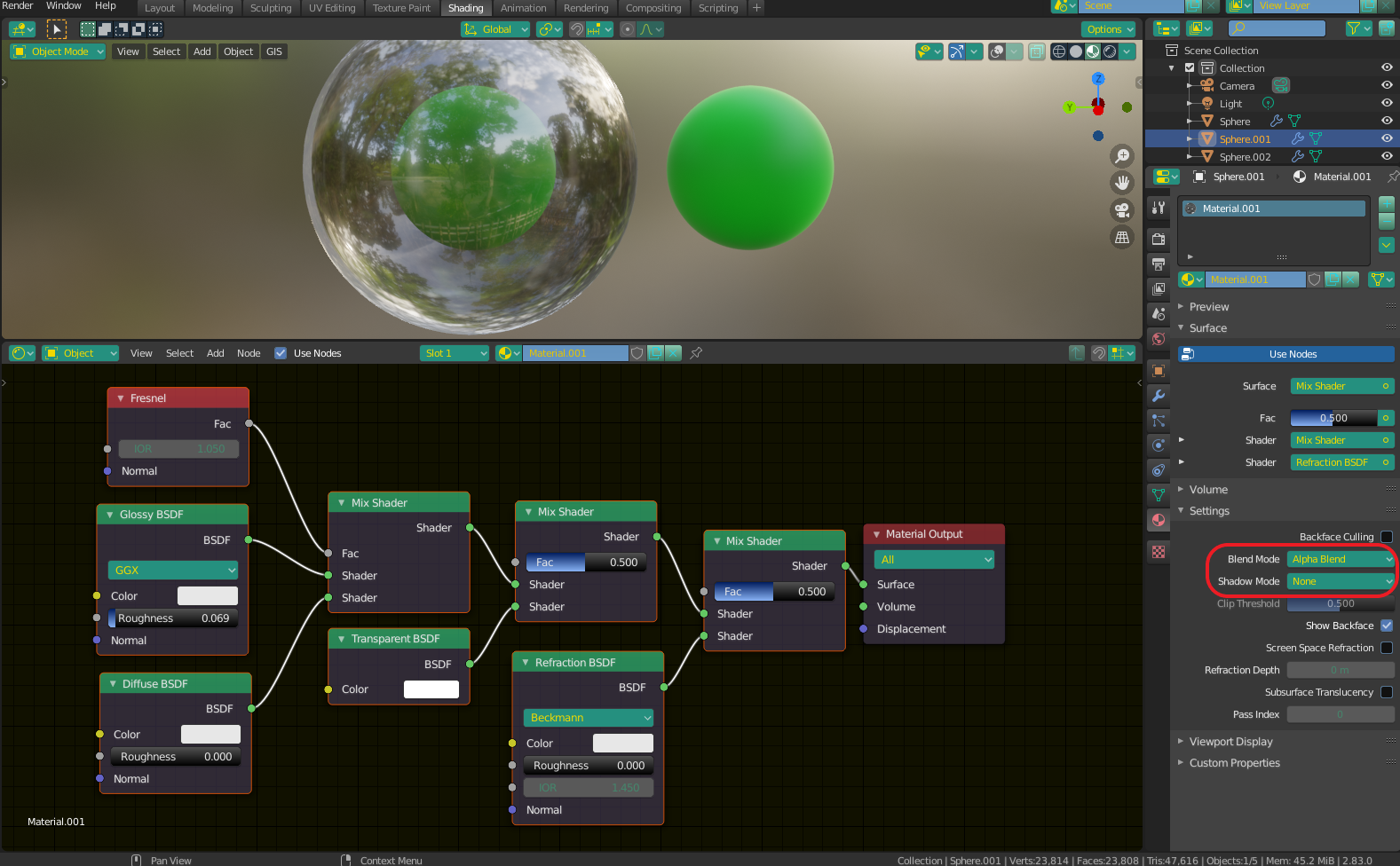 Not the answer you're looking for? Browse other questions tagged node-editor properties glass or ask your own question.

4
How do I limit gloss/reflection to only intense sources such as a light source?
1
Volume scatter without rendering the volume object
1
Why is volume losing color when hidden behind glass and how do I make it keep its color?
1
How can I mask an object to allow another object to show through?
0
Why does my light source not pass through my glass?
2
Is glass in Cycles just broken or am I doing something wrong